Gina Arizpe besides her awarded work, from the series "Nombres y Coordenadas (Names and Coordinates)", 2020. Ink on paper. 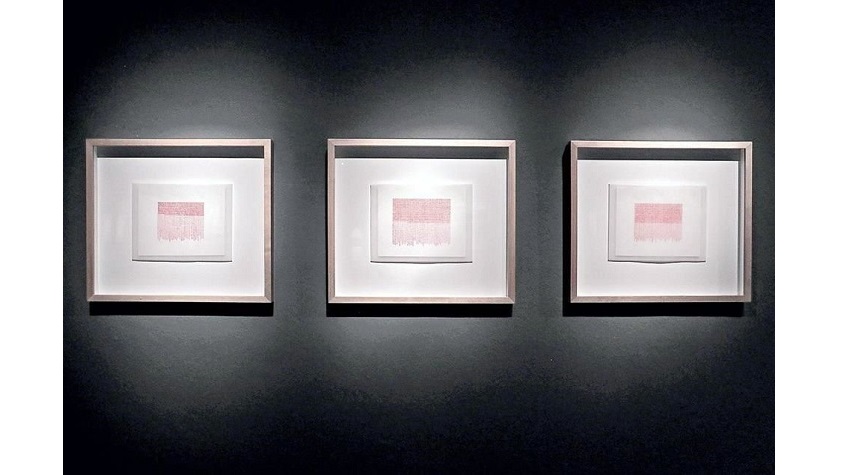 From the series "Nombres y Coordenadas (Names and Coordinates)", 2020. Ink on paper.

Our artist Gina Arizpe has won the second place of the 2nd State Art Prize Nuevo León 2020 for her work Names and Coordinates: Nuevo León (2020).

Her series Names and Coordinates began in 2020, and the first three works of this series were shown for the first time in Zona Maco 2020, by Freijo Gallery, in the New Proposals area, curated by José Esparza Chong Cuy.

It consists of 32 works of approximately 20 x 30 cm each, where the resulting drawing is formed by the names of the missing or murdered women in each of the 31 states of the Mexican Republic, plus Mexico City.
This visual fabric constituted by the names of women is the result of a kind of performative ritual, made in red ink, on a special paper, in which the artist writes the names of the women in homage to each one of them, so that they are no longer a simple number or statistic, but rather, a subject with a name of their own, present in the warp of red ink that Gina composes, draws and weaves in solitude.

The number of these missing women corresponds to certain dates, in each of the federal states, which is reflected in the title of each work, which is the result of exhaustive research, of data that is sometimes neither transparent nor accessible.