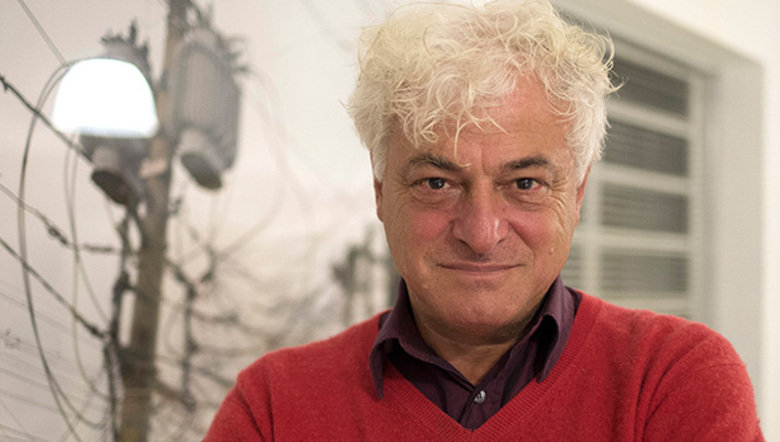 “In my work, painting is photography and photography is painting.”  Darío Villalba was a key figure in 1960s Spanish art and soon adopted a painterly approach to photography. His experiments led him to work with unusual chemical materials (methacrylate, bituminous paint), in order for the result of his collages to appear directly on his support. The violence of the subjects he addressed (cruelty and madness) found artistic expression in the sometimes aggressive manipulations he imposed on his iconography.
The poor, the sick, the elderly, children and gigolos were all figures that he introduced into public representations of human bodies, which were nevertheless ordinary because of theirphysical proximity.
More than the photographic limit of death that Roland Barthes considered inherent in the medium, the pathos of his figures leads to the restlessness of moments of transition, of change, the inability to curb one’s own body or that of others in the endless pitch and roll of life, desire and the human gaze.

Buenos Aires-based photographer Marcelo Brodsky spotlights the physical and psychological effects of non-compliance with the Universal Declaration of Human Rights under the military dictatorship in Argentina (1976-1983), during which time Brodsky was forced into exile. His photographs capture protests in response to the suppression of civil rights around the world. Brodsky creates an intense relationship between words and pictures by intervening directly in archive images.
All those who lived in the second half of the twentieth century were influenced in one way or another by the events of 1968, a year in which youth took to the streets demanding more freedom. From Paris to Tokyo, from Rio de Janeiro to Mexico City, cities around the world showed themselves to be rebellious, energetic and full of life. New slogans emerged: No more War, More Political Participation, More Freedom, Power to the Imagination. And the states exercised their repressive power with violence. To give an account of the spirit of this period, I spent three years investigating visual archives all over the world, trying to find the most representative images. These photographs enable us to approach the facts through the emotions that they (the photographs) elicit. They contain details and also ideas, they tell stories within stories. The way I have treated these photographs underlines the context of the time, those moments of life, the exuberance of the proposals. The ideas of 1968 are more alive than ever and are still relevant to the present.