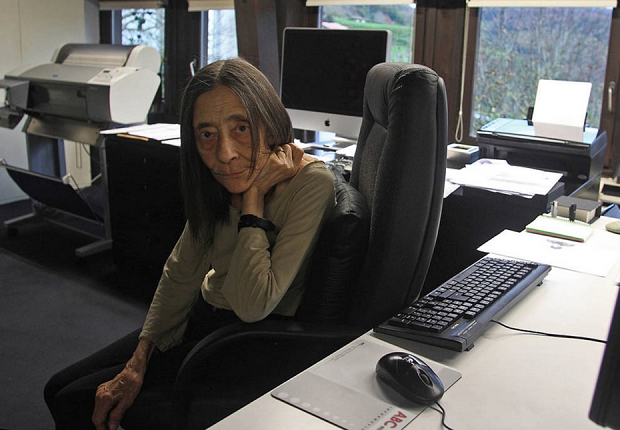 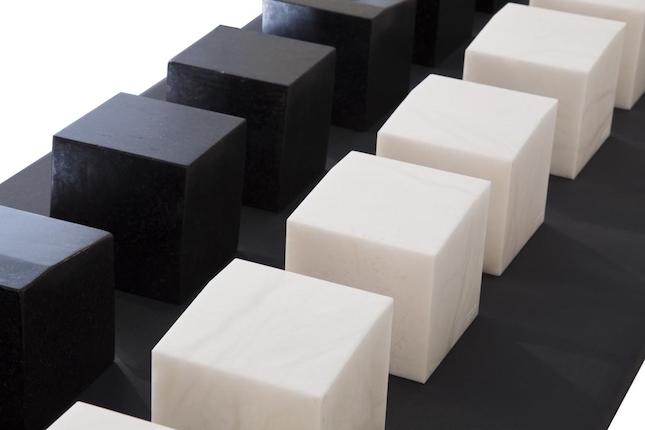 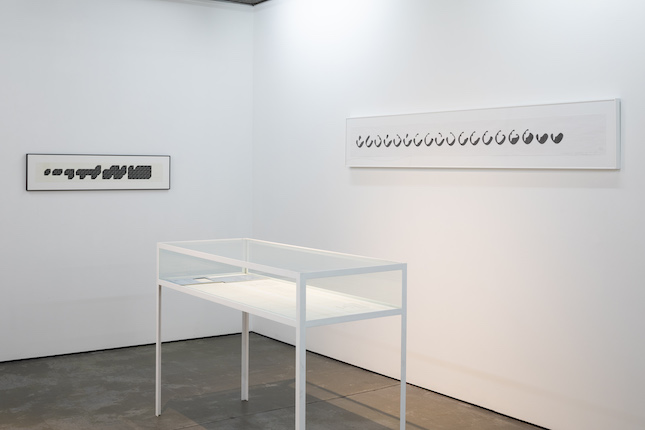 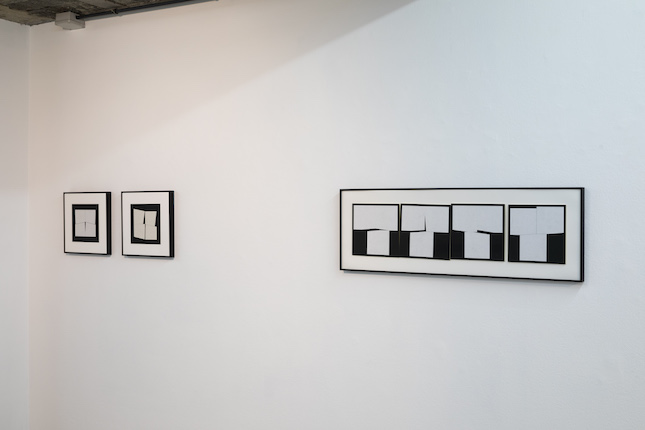 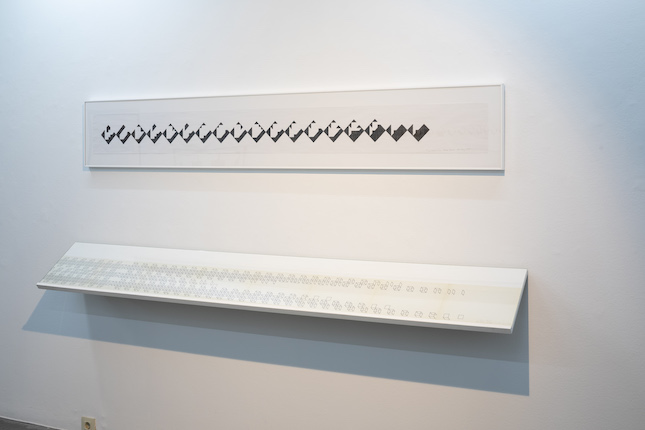 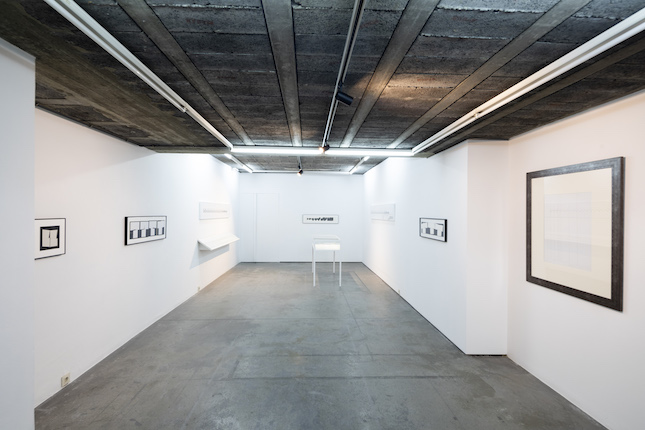 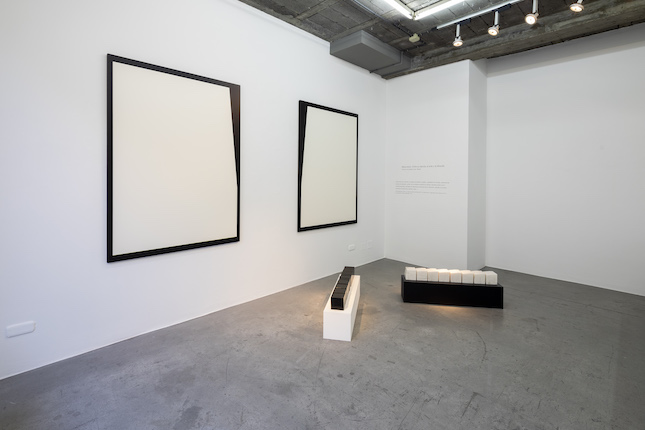 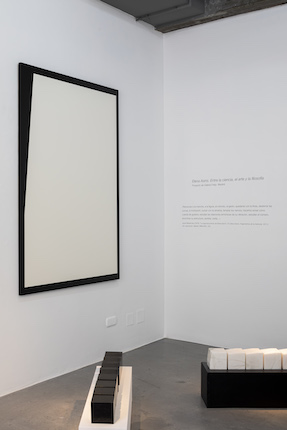 Yesterday the opening of the exhibition, entitled Elena Asins. Between Science, Art and Philosophy, took place at Trinta Gallery in Santiago de Compostela. It is a project by Freijo Gallery, curated by Angustias Freijo, which will be open to the public until September 12th.

To abandon stains, figures, colour, gesture, to choose the line, to banish curves, inclination, to struggle with symmetry, to temper the nerves, to make them sound like guitar strings, to study the harmonic relationships of their vibration, to study numbers, to find their structure, to feel it, to live it...

Elena Asins (Spain, 1940-2015) was a multifaceted artist whose work lies at the intersection of logic, linguistics, mathematics, philosophy, music, technology, architecture and the visual arts. A pioneer in conceptual and cybernetic art, Asins had an experimental and multidisciplinary background. She studied at the Ecole des Beaux-Arts in Paris, at the University of Stuttgart, where she studied semiotics with Professor Max Bense, at the Calculus Centre of the Complutense University of Madrid and at the New School for Social Research and Columbia University (Department of Computer Science: Computer Art) in New York.

All aspects of her life, from the most intimate and quotidian to the most public, through her work, could be encompassed under the term Gesamtkunstwerk, the total work of art. This would include not only her models for a city project, her public sculptures, her abstract scores based on Mozart's Prussian quartets, her sculptures in alabaster and black Zimbabwean stone, her megalithic figures, her digital drawings, etc., but also her personal letters and notes, the isolation of her house in Navarre, her solitary life, the clothes she wore, and the way she watched television, all in black and white, all part of her thought, expression and language. Asins does not make a distinction between art and life, between art and non-art, but understands "ART within life (a life as art and art as life)".[1] In this way, structure, order and logic permeate her life and her artistic career, giving rise to that Gesamtkunstwerk, which has a clearly processual and experimental character, both adjectives inseparable from her work. According to the artist herself, "what is important is the thought process involved in the making of a work, studying, finding," that is to say, the process, the search, the concept and the thought behind it.[2]