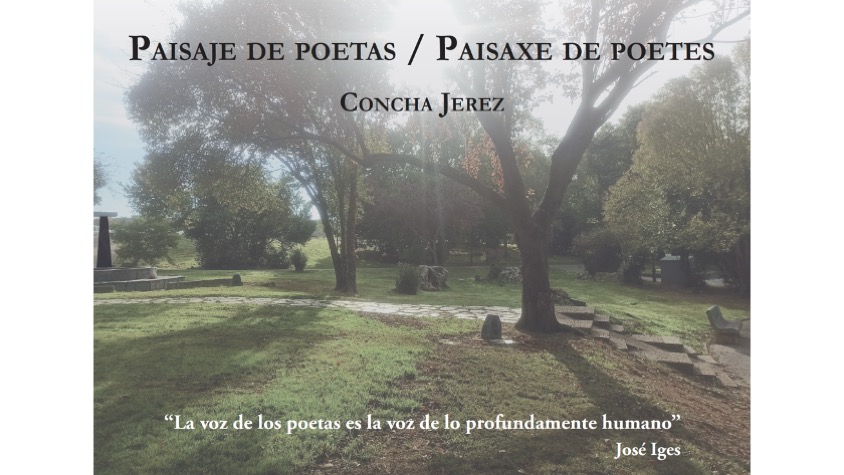 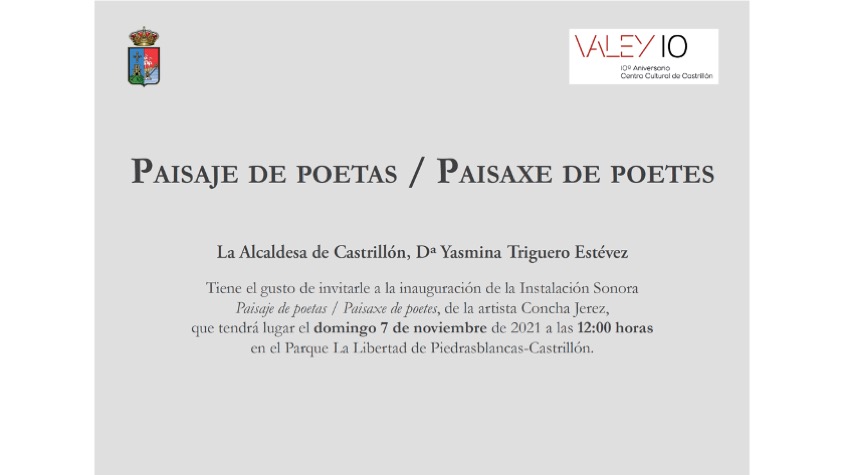 The opening of the Sound Installation Paisaje de Poetas / Paisaxe de Poetes [Landscape of Poets], by the artist Concha Jerez, will take place on Sunday, November 7th at 12.00 noon, at the Parque La Libertad in Piedras Blancas (Castrillón, Asturias), where it will be permanently on view from that date onwards.

On the opening day, the artist will carry out a collective performance open to the public, in which the artist writes in a blank book self-censored writings, related to everything that has not been written for reasons of censorship at a personal or social level. Simultaneously, the participants will read aloud the poems of their choice, be it their own poems or by other authors.

The sound installation is part of a series initiated in 2001 by this artist, with the desire to highlight the immeasurable richness of the written poetic creation that integrates our universal literature. To carry out the proposal, Jerez transgressed the written nature of poems, presenting them as an artistic discourse in a specific space and time, transferring them from their private and individual reading to their public listening.

To this end, Paisaje de Poetas was shown in the form of sound and visual installations, radio creations and performances, which took place in different Spanish and foreign cities: Berlin, Alicante, Cordoba, New York, Madrid, Belgrade, Las Palmas de Gran Canaria, ending on November 7th in Piedras Blancas. Its presentation now in this locality was devised in 2019, but due to the COVID crisis it couldn't be finalized, an effort that has been made possible with the production of LaAgencia - Arte + Tecnología.

The visitors will find in this site-specific creation a sound installation integrated by eight loudspeakers with an exterior appearance of stones and contextualized next to the trees of the park. The audio from the loudspeakers will play recordings of the most relevant Spanish-speaking poets of the 20th century, both Spanish and Latin American. In these recordings you will hear only the voice of the poets reciting their poems themselves, without the accompaniment of any musical instrument.