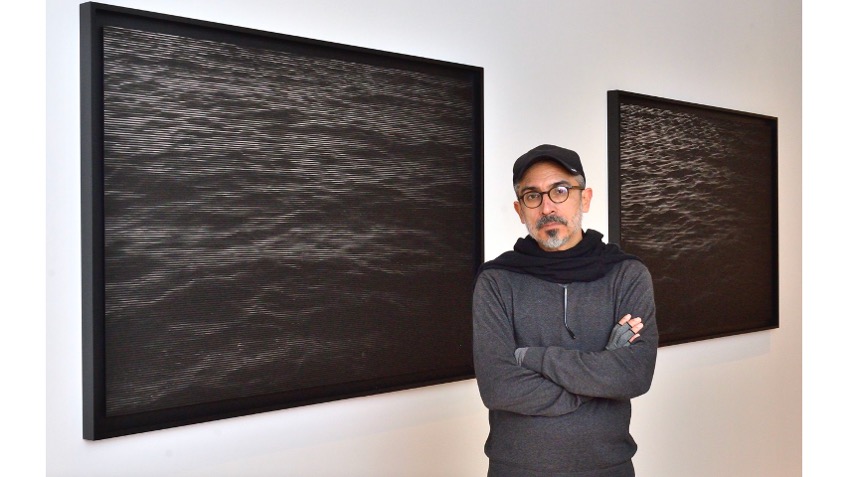 Two articles have been published about the solo exhibition of artist Luis Felipe Ortega at the Museo Amparo in Puebla, Mexico, entitled ...y luego se tornará resquicio, which ended on May 23rd.

The first article, by Ricardo Pineda, published in La Tempestad, presents the virtual piece that the artist created for the exhibition. In it, he addresses the relationship of bodies and objects with the space and time that surrounds them, as well as with the sound that accompanies them. A view that is both absurd and dramatic, based on Samuel Beckett's theater, a recurring figure in Ortega's work.

The second article, also written by Ricardo Pineda, was published in El País, and contains the following quotes from the artist:

"It is usually believed that art is a matter of orientation, but art also has the function of disorienting, and much of what I do has the purpose of disorienting the everyday terrain."

"The horizon is a kind of game of how you approach it, from what you see to what you don't see. And that's why the history and problematic around the horizon is so long-lived. It is something that interests me in particular, and that I have been sensing, facing and confronting at different times. And the thing is that as the horizon moves or drifts away, the closer you get, the farther away you also get. I think it is a sense that art in general and contemporary art in particular has, or that I am interested in a specific way, which is: what you see only makes sense because it can lead you to what you do not see. And there enters a plane that is not metaphysical and is detonated from the experience in the place, in relation to the piece, which is appealing as the horizon, to a physical and mental mobility. If you want to stay in the plane you see or want to see, you don't move and you don't walk. That's why the material processes end up being so complex, because it will allow you different models of mobility, so that you can then intuit that there was something that is not entirely predetermined so that you can consume it, but at the same time that you have to produce it".