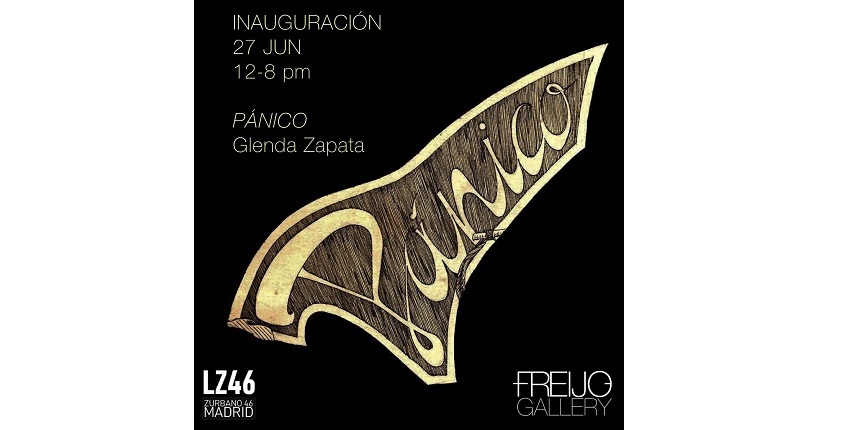 Just as our previous opening, this one will also be organized in small groups, by appointment, from 12.00 to 8.00 pm (info@galeriafreijo.com / 91 310 30 70). PANIC is a new project by Bolivian artist Glenda Zapata, for which the artist has had numerous meetings with different women of Bolivian origin, residents of the Usera neighbourhood in Madrid. The conversations that took place in these meetings have been graphically transcribed by another woman.This practice brings together the illustrated chronicle magazines that toured the kiosks and streets of the cities of the first half of the 20th century and which are now presented in a double format through an exhibition and a publication that has the character of number 0.The exhibition that accompanies the publication of issue number 0 of "Panic" is completed with a series of audio pieces in which the sounds of popular music are accompanied by lyrics composed by Glenda Zapata from news items published in the Bolivian press referring to other cases of gender violence in which the impunity of corruption and social shame also come into play.