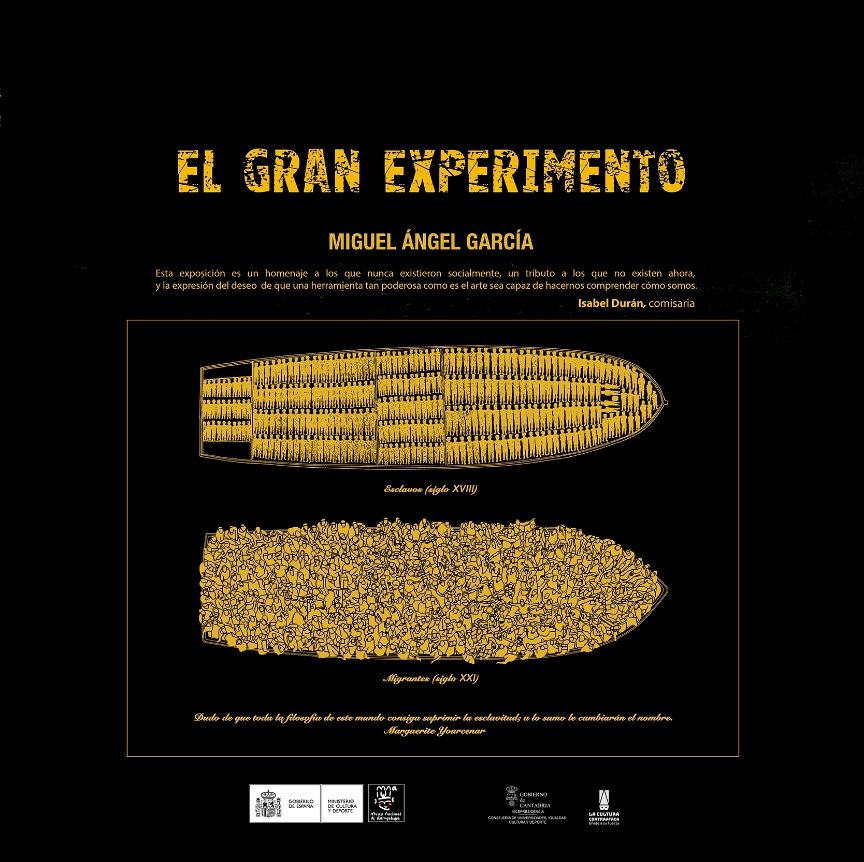 The exhibition " El gran experimento" by Miguel Angel García was inaugurated at the National Museum of Anthropology.

Last Thursday, December 15, the exhibition " El gran experimento" (The Great Experiment) by Miguel Angel Garcia was inaugurated at the National Museum of Anthropology. The project, curated by Isabel Durán, is a questioning of the painful reality of slavery.

About the exhibition: It is hard to believe that slavery has existed since the dawn of humanity, since the very birth of the first human groups. And even more, that it has occurred and continues occurring in almost all of us as a constituent part of our development. In the current framework of our Western society, having created the Universal Declaration of Human Rights by which we should govern our societies, we live with a slavery that is not hidden at all, while at the same time we openly reproach and reproach it. How can this happen?

Miguel Ángel García, with courageous determination, brings us closer to this reality through " El Gran Experimento", a term that literally reproduces the one used in the island of Mauritius, colonial domain of Great Britain in 1834, as a trial to put an end to slavery. This exhibition is a tribute to those who never existed socially, a tribute to those who do not exist now, and the expression of the desire that such a powerful tool as art is capable of making us understand how we are.

Link to the Museum web