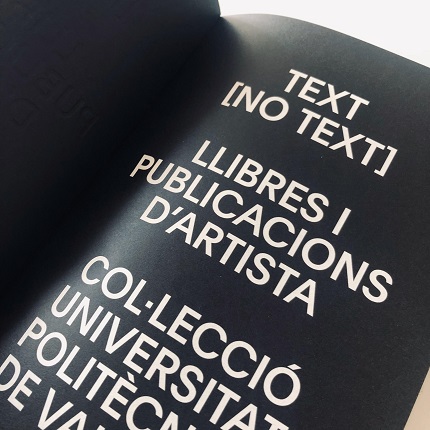 Catalogue "TEXT [NO TEXT]", 2019, designed by Dídac Ballester, with texts by Horacio Fernández, Antonio Alcaraz and Angustias Freijo, among others. 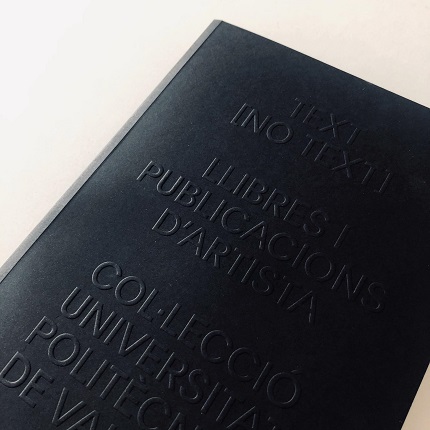 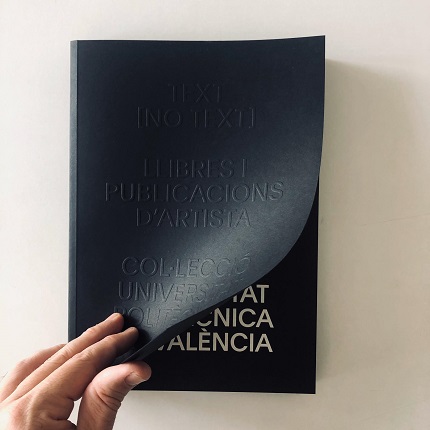 On January 15, at 7 pm, the LZ46 program of Freijo Gallery hosts the presentation of the TEXT [NO TEXT] catalogue, a catalogue which was the result of the exhibition dedicated to artist's books and publications which form part of the Polytechnic University of Valencia's collection, which recently took place in La Nau Cultural Centre at the University of Valencia between November 2019 and January 2020.

In the presentation, authors of the texts included in the publication will be present: Horacio Fernández, Doctor in Art History and specialist in contemporary photography and photobooks, Antonio Alcaraz, curator of the exhibition and director of the Collection of Artist's Books and Publications at the Polytechnic University of Valencia (UPV), and Angustias Freijo, whose interview with Felipe Ehrenberg about his Beau Geste Press experience is part of this catalogue.

Alongside this presentation, we are showing an exhibition which will be open to the public until February 5. This exhibition will include works by Felipe Ehrenberg (Mexico, 1943 - Mexico, 2017), Bartolomé Ferrando (Spain, 1951) and Antonio Gómez (Spain, 1951). The work of these three artists was part of the original exhibition in Valencia, in which a special section was dedicated to Felipe Ehrenberg, highlighting his work as a precursor of artist's editions and books and as the founder of Beau Geste Press in England.

In their early years as artists, Bartolomé Ferrando and Felipe Ehrenberg met at a performance of the Fluxus movement in Canada. The three performers, Felipe, Bartolomé and Antonio, coincided at different times in their artistic careers, and now we bring them together again through their work at the Freijo Gallery, which has been defending their work for years.