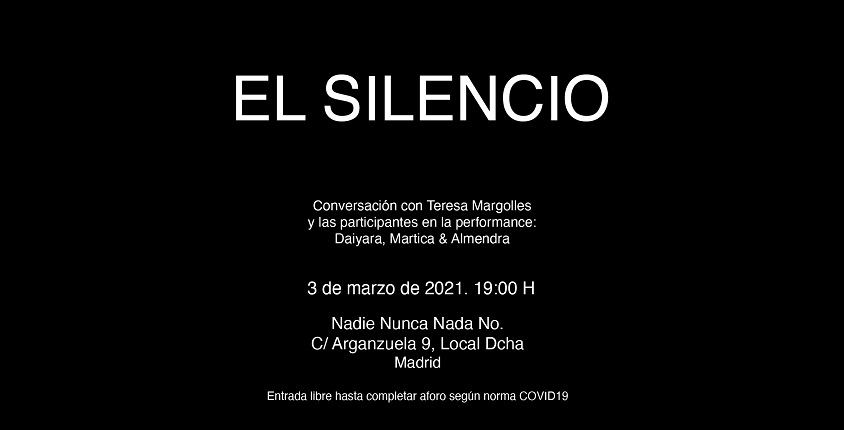 2020 marked the fifth anniversary of the murder of Karla - Hilario Reyes Gallegos - a transgender woman engaged in prostitution. She was brutally beaten to death on 22 December 2015 in Ciudad Juárez, Mexico.

To this day Karla's murder remains unpunished. According to figures based on Hate Crimes monitoring, based on journalistic reports, as there is a lack of official figures, in Mexico, from 2015 to 2020 more than 500 people from the LGBTTTIQ community have been murdered.

On 31 December, Teresa Margolles presented the performance Silence in which Daiyara, Martica and Almendra participated.

Today, March 3rd at 7pm at Nadie Nunca Nada No, C/ Arganzuela 9, local Derecho, a conversation with the artist and the three participants in the action will take place.

Free entrance until full capacity is reached, according to COVID19 rules of the Community of Madrid.
It will be obligatory to wear a mask and maintain the corresponding safety distances.