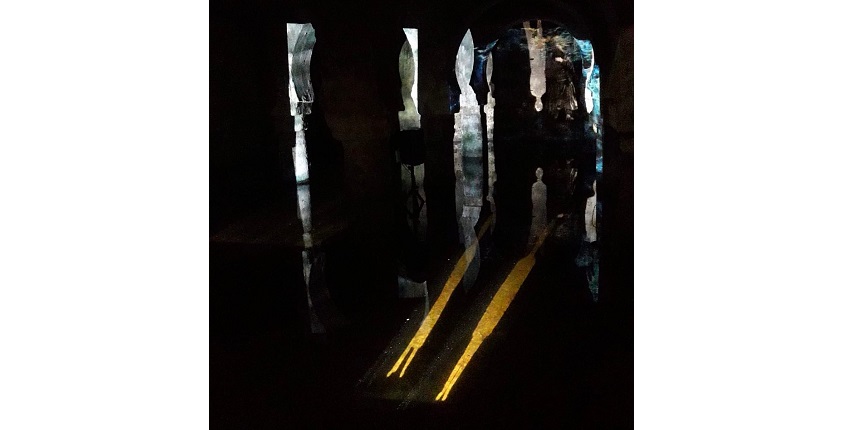 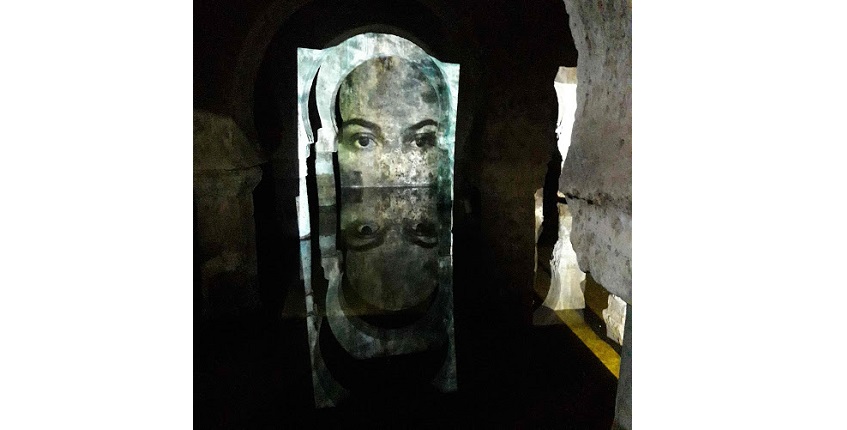 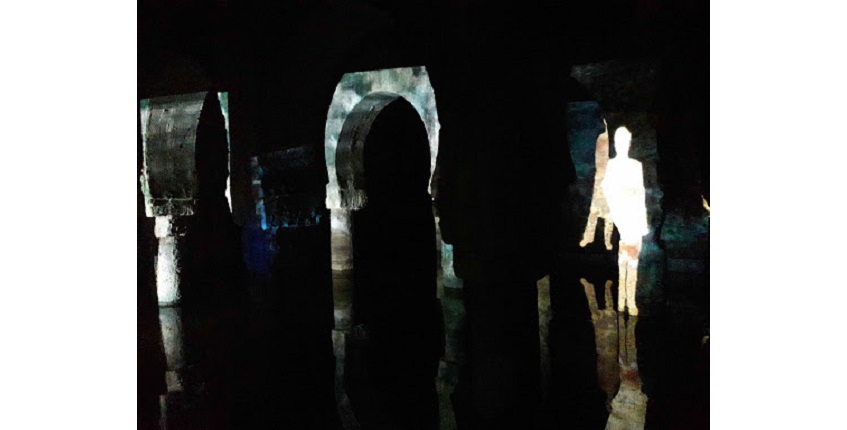 Concha Jerez and José Iges present their installation Shadow Theater in Cáceres Abierto, located in the Arab aljibe of the Museum of Cáceres. It can be visited until June 20.

Based on video and audio materials from open creation pieces, typical of their collective works, Concha Jerez and José Iges draw from long-running works such as Terre de nessuno or Persona, directly related to the themes proposed in this edition of Cáceres Abierto, to create a new and specific environment. An immersive installation, in two projections, cast by the water and the walls and six synchronized sound sources, all coupled to the reception space, to create a Shadow Theater, which resignifies a place like this Hispano-Muslim aljibe.

A theatrical representation without live people. A Shadow Theater, where silhouettes appear, spinning on moving water, as well as photos of anonymous emigrants taken from the written press; in parallel, the enigma of the mask takes the shape of eyes. All accompanied by the enveloping sound of a corridor in the background interspersed with records of demonstrations or prisons taken at different times and places. In the words of the collective "a drama of times and spaces that redefines the place it houses".