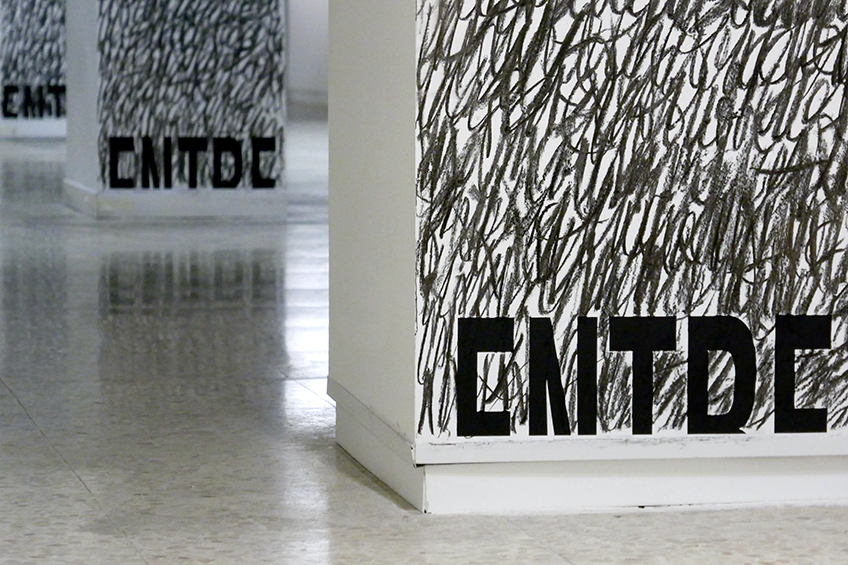 View of the site-specific installation "Espacios del ENTRE" at Freijo Gallery in 2021. 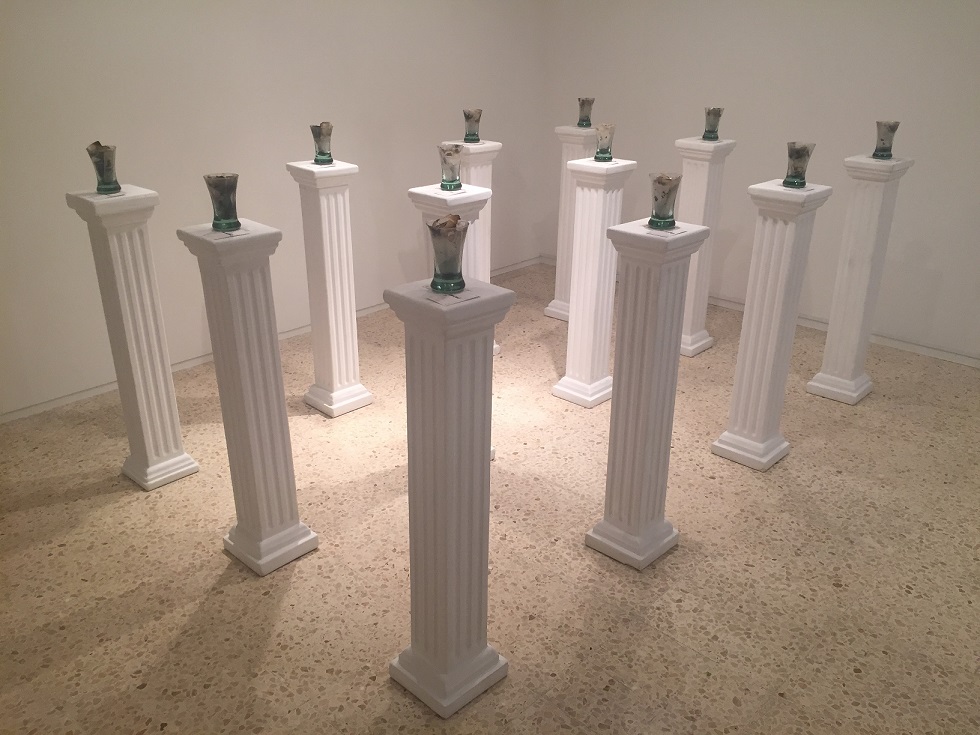 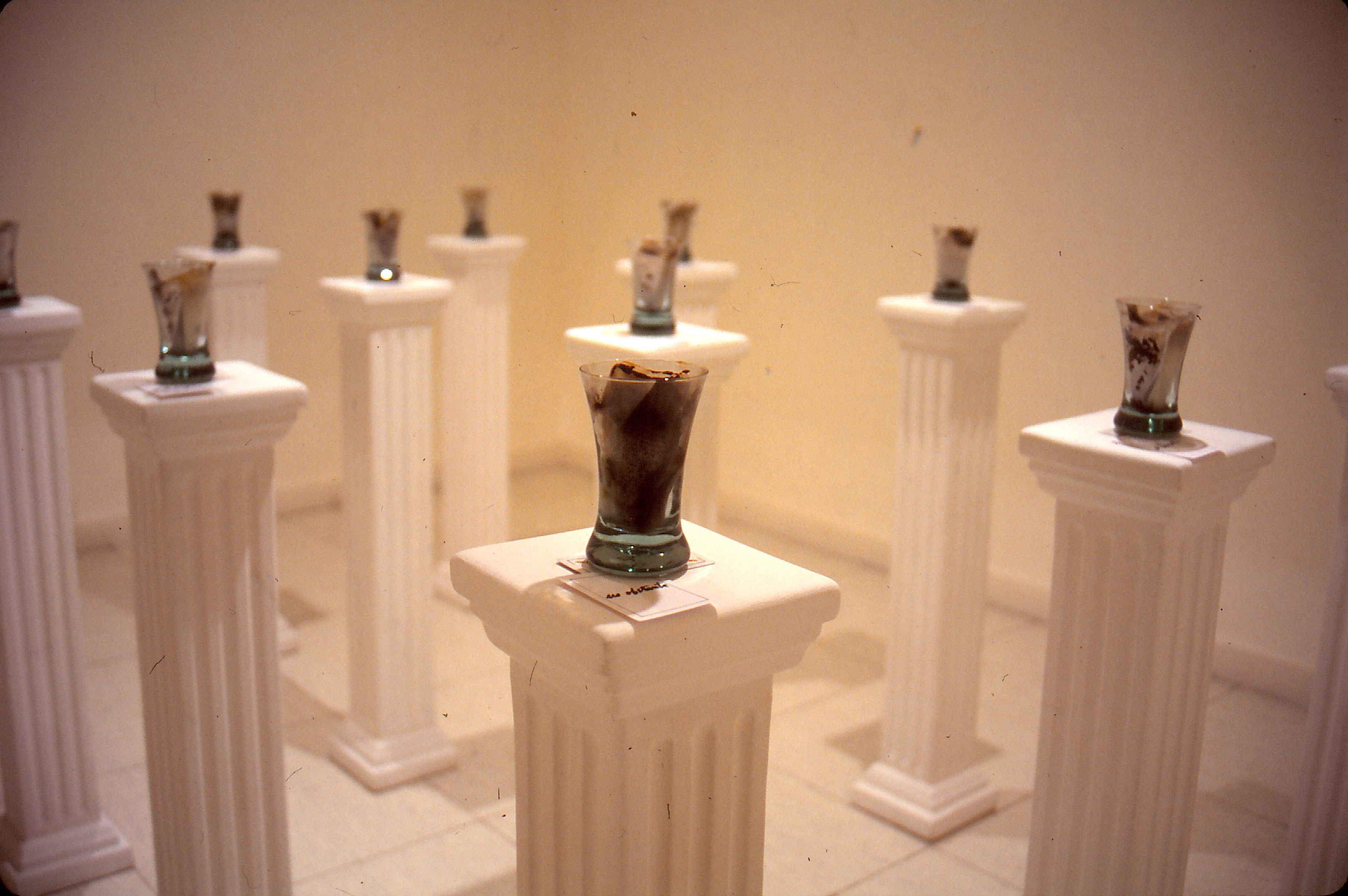 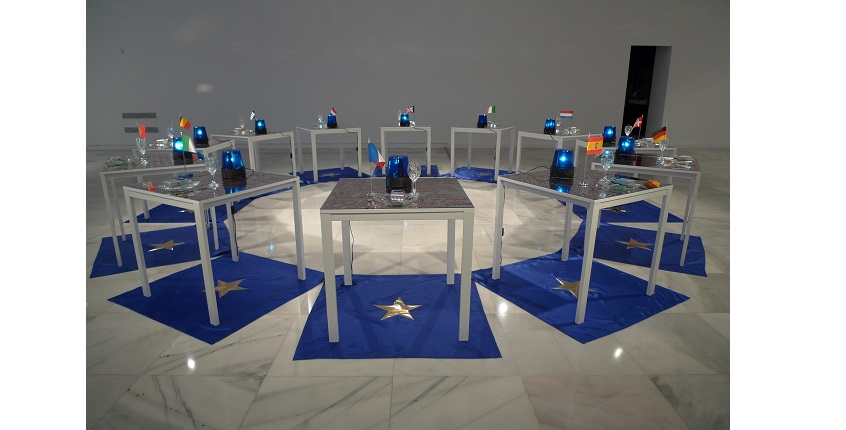 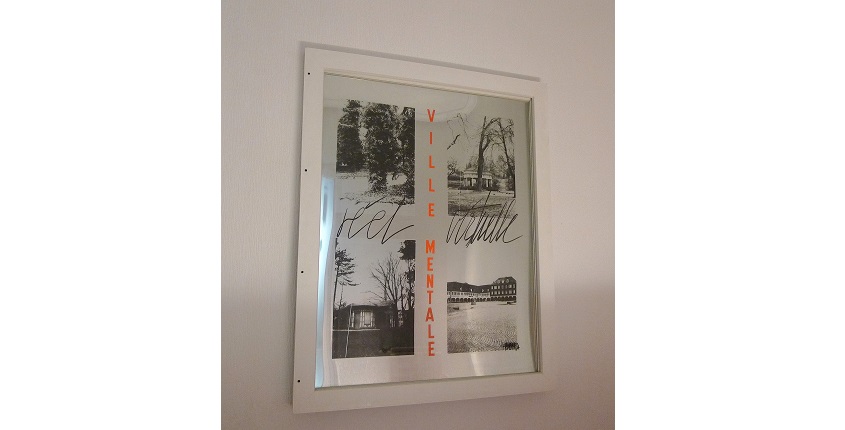 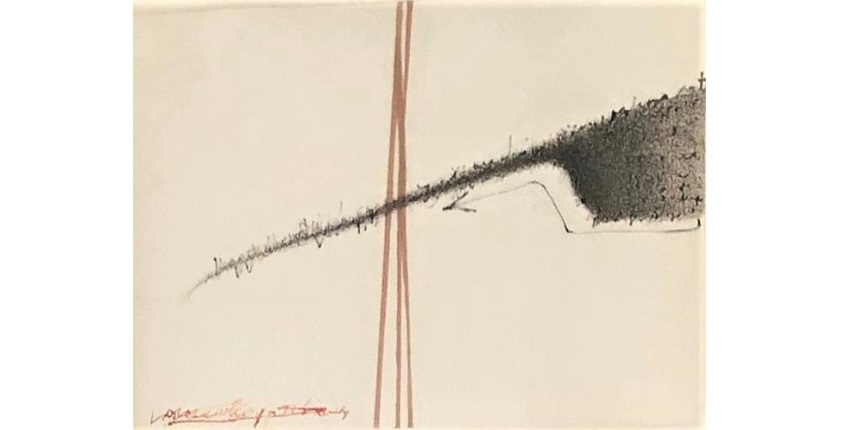 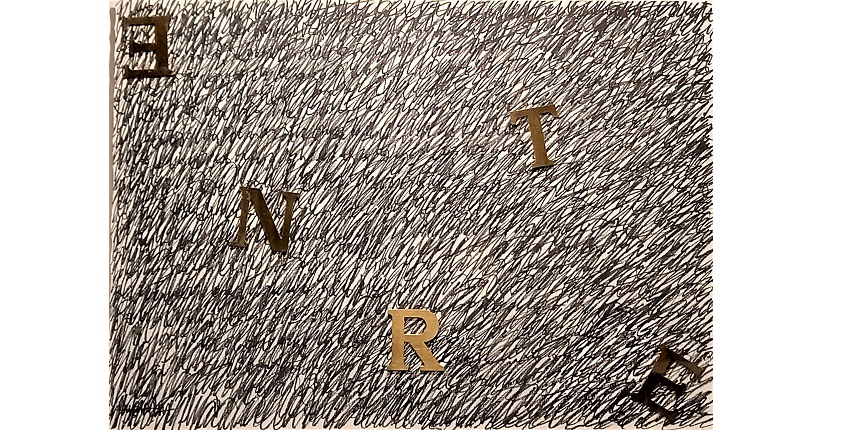 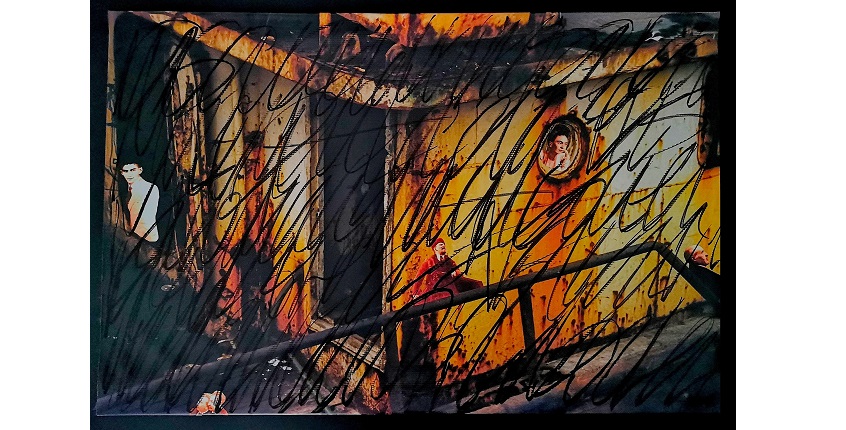 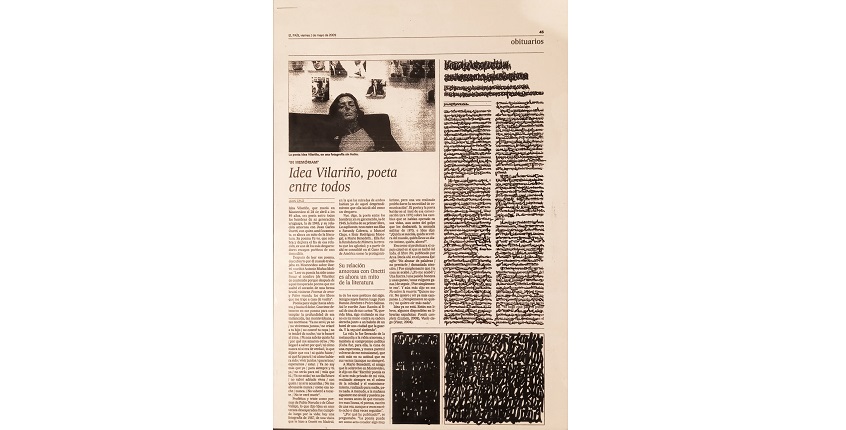 "In memory of Idea Vilariño", 2006-2020. Reduced photocopy of an obituary from the newspaper El País, DIN A4 size, intervened with illegible self-censored writings in a black metal picture frame. 31 x 22 cm.

"Recovery of an art review", 1978. The work consists of a reduced photocopy of an art review from a newspaper in DIN A4 size, intervened with illegible self-censored writings. 23,7 x 16,5 cm 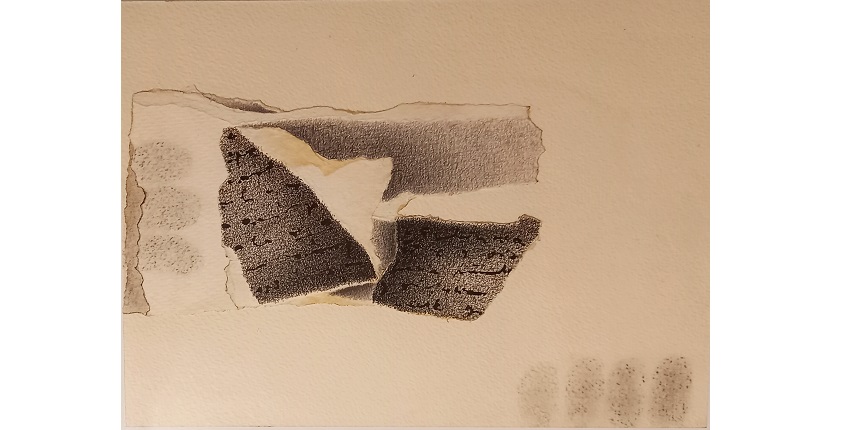 "Self-censored Fragments", 1975. Collage. Residues of paper used for other pieces and intervened with self-censored writings and the author' s own fingerprints. 22,7 x 31,5 cm. 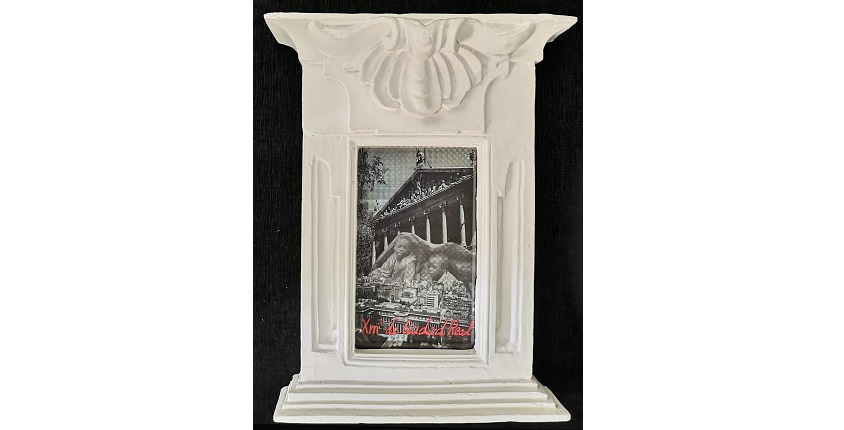 Multidisciplinary artist. She studied Piano at the Royal Superior Conservatory of Madrid and Political Science at the University of Madrid.

Since 1973 she has carried out diverse works in which she incorporates different disciplines. Her work has focused on the development of the installation concept, as an on-site work, in large concrete spaces.
Worth highlighting are those made for museums and art centers such as the Vostell Museum in Malpartida, Museum Wiesbaden, Museum Moderner Kunst in Vienna, Frauen Museum  in  Bonn, DA2 in Salamanca, Koldo Mitxelena Kulturunea, Art Center La Regenta and the Centro Atlántico de Arte Moderno (CAAM) in Las Palmas de Gran Canaria, the Museum of Contemporary Art of Castilla y León (MUSAC), Tabacalera  Madrid, ZKM (Center for Art and Media) of Karlsruhe.

Since the beginning of the 1980s, she has expanded her activity to performance. She has performed in museums such as the Landesmuseum of Mainz, the Reina Sofía National Art Center (MNCARS), Barcelona Museum of Contemporary Art, the Institut Valencià d'Art Modern (IVAM) , the Tenerife Space of the Arts of Sta. Cruz de Tenerife, the Museum of Contemporary Art of Alicante, Museu D'Art de Girona, the Tabacalera Madrid, the MUSAC and the CAAM.
From 1989 she combines the realization of individual works with others carried out in co-authorship with the multidisciplinary musician and artist José Iges, among which are works of sound and radio art for stations such as RAI, ORF, Radio France, YLE, ABC of Australia, WDR of Cologne and RNE, sound and visual installations, performances and concerts.

Since 1977 she has combined the realization of her artistic production with various teaching activities, being from 1991 to 2011 a professor at the Faculty of Fine Arts in the University of Salamanca.
She has received numerous and important recognitions. In 2010 she received the Gold Medal for Merit in Fine Arts. In 2015 she was awarded the National Spanish Arts Prize. In 2017 she was awarded the Velázquez Prize for Visual Arts. And in 2018 she received from the Government of the Canary Islands the Gold Medal in Fine Arts.

In 2020 MNCARS organized a solo exhibition of her work, entitled Our Memory is Being Stolen.

· 2019   Rites of Passage. Body as Symbol and Operator of Symbols