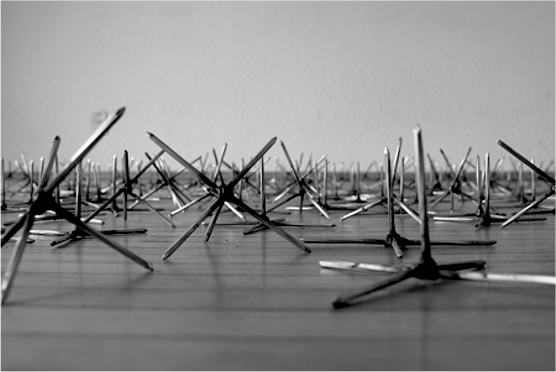 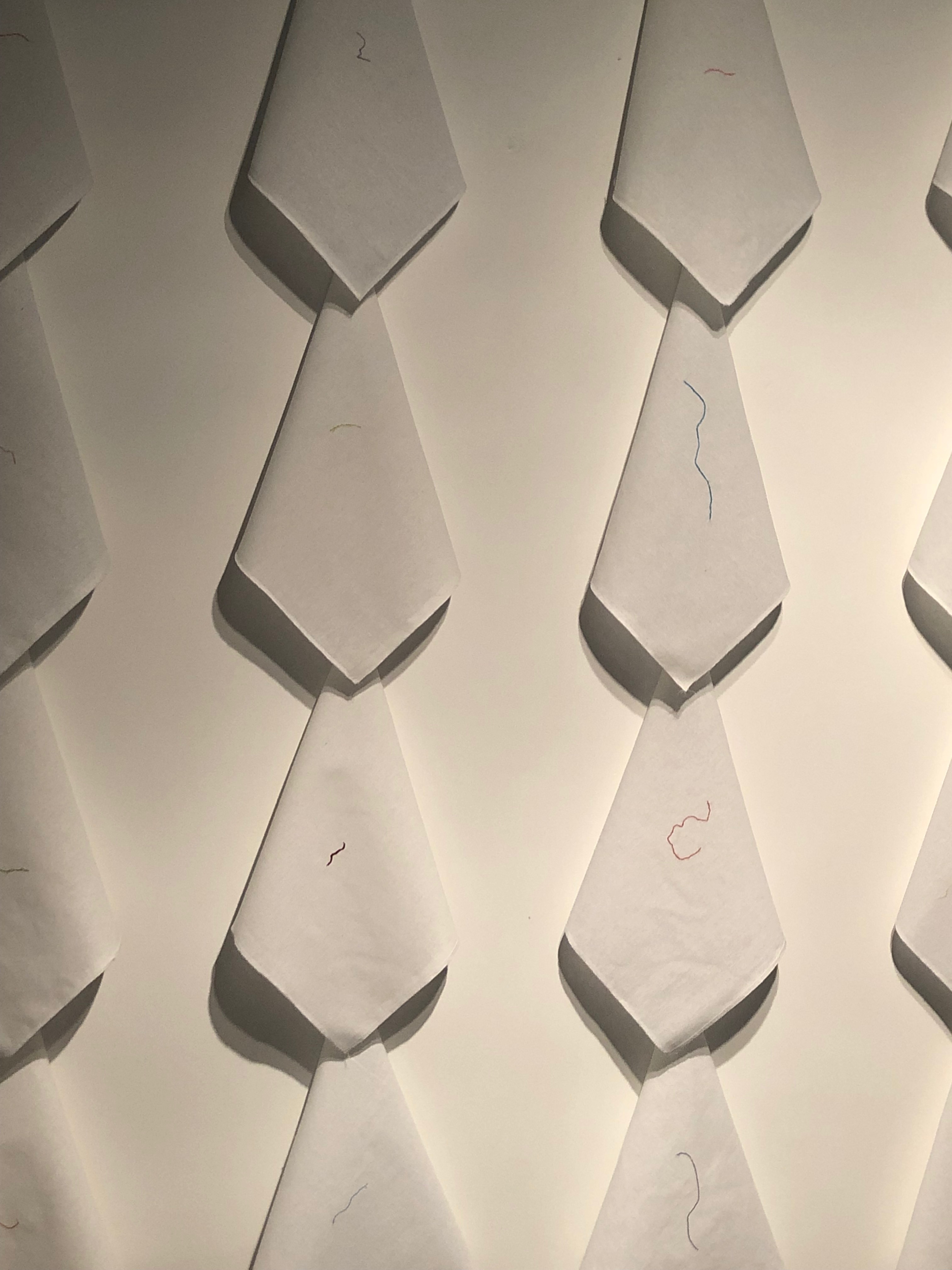 Detail of the installation "Migratory Traces". 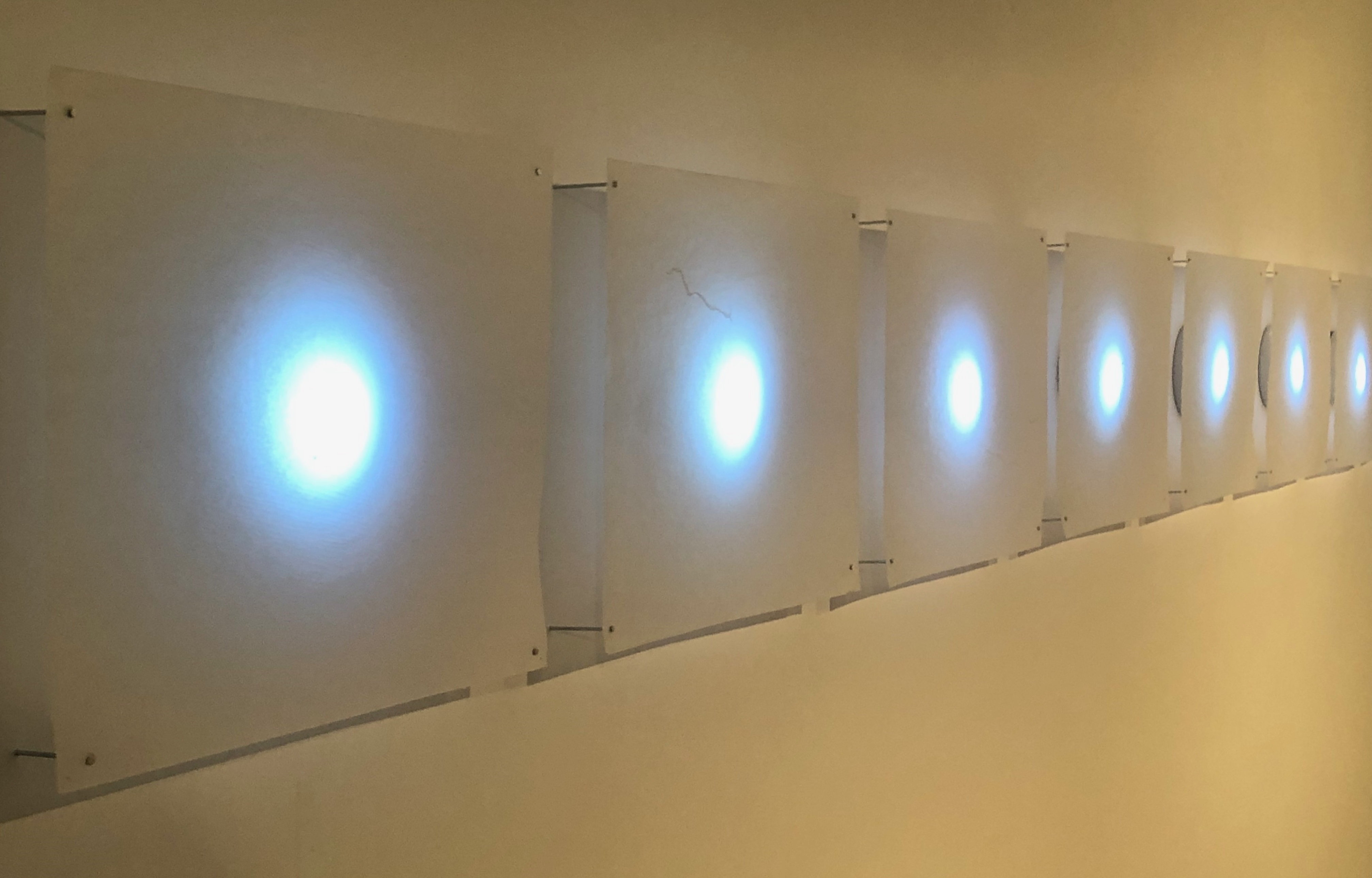 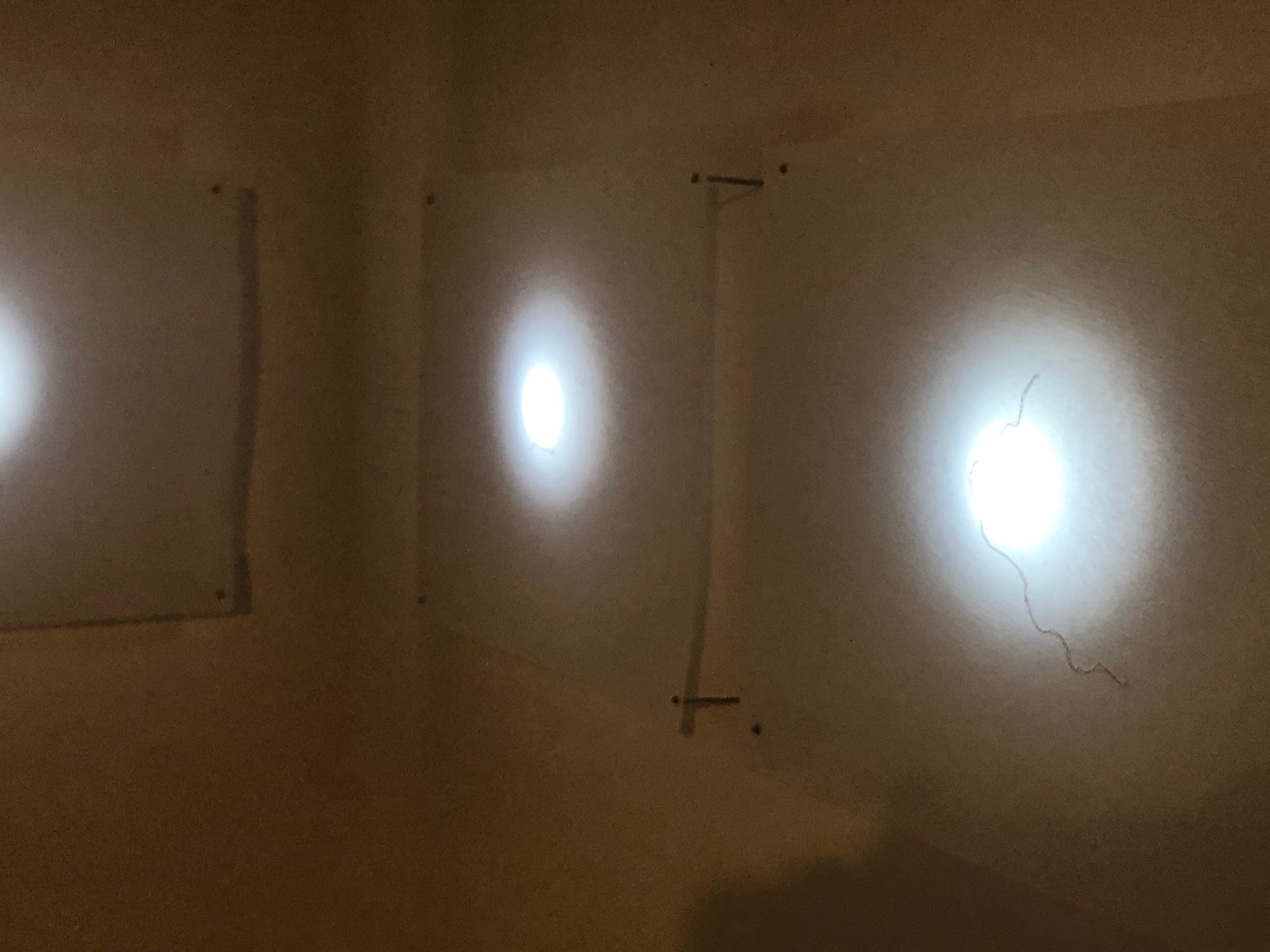 Detail of the installation "Cold Data". 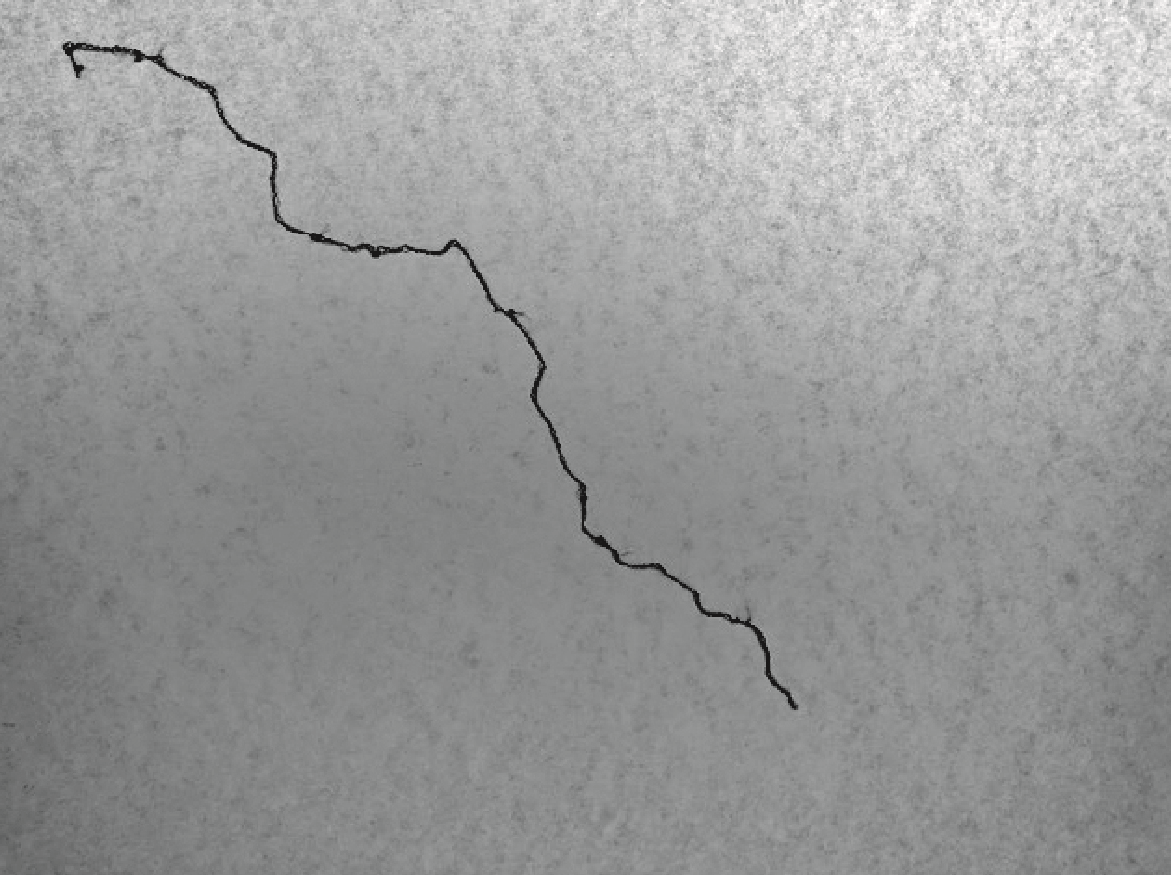 Detail of one of the pieces of the installation "Cold Data".

Mexico, 1972.
Lives and work in Mexico City and Monterrey.

Arizpe's oeuvre focuses on searching and questioning the physical and social limits the body is subjected to in contemporary societies. Her work explores peripheral social contexts from a socio-political perspective.

For over 13 years, from 1997 to 2010, she was part of the Mexican group Marcelayinga, and during her time there she devised the main artistic strategies that would define her work: forsaking the studio as a platform for working and thinking, and exploring instead a variety of social contexts to produce actions. In 2010 she began to produce solo projects.

In 2001 she obtained a Master of Arts at the Visual Arts Faculty of the Autonomous University of Nuevo León. Her work has been shown in solo exhibitions and group shows at numerous museums and art centres in Mexico, USA, South America and Europe. Some of her more recent exhibitions are the following: Desplazamientos, in the Basement Gallery, Vienna in 2019; Cuestión de tiempo, at the Sala de Arte Público Siqueiros and Barrena, at the La Esperanza gallery, both in Mexico City during 2018; Desaparecer, Scheifmühlgasse 12-14 Contemporary, Vienna, and Below the Underground: Renegade Art and Action in 1990’s Mexico, Armory Center of the Arts, Pasadena, 2017; Cultivo Social, at the Alternativa 11 art gallery, Monterrey in 2016, as well as Tramas de revelación, at Museo de Arte Carrillo Gil, Mexico City in 2015. In 2020 and 2021, her solo exhibition, A ras de suelo, curated by Ixel Rion, was presented at the Querétaro City Museum and at the Center of Arts in Monterrey, Mexico.

Her work has received recognition in the form of purchase prizes at ZONA MACO, Mexico, 2020; the Bienal de las Fronteras, Matamoros, 2015; Arte Emergente, Bienal Nacional, Monterrey, 2008; la Reseña de la plástica, Nuevo León, 2006. She was also awarded an honorary mention at the biennial of Yucatán, Mérida, 2014. In addition, she was conferred a young artist grant by Fonca, Conaculta, 2003 and grants by the Sistema Nacional de Creadores del Fonca, Conaculta in 2010 and 2018. Her work is held in both public and private collections.