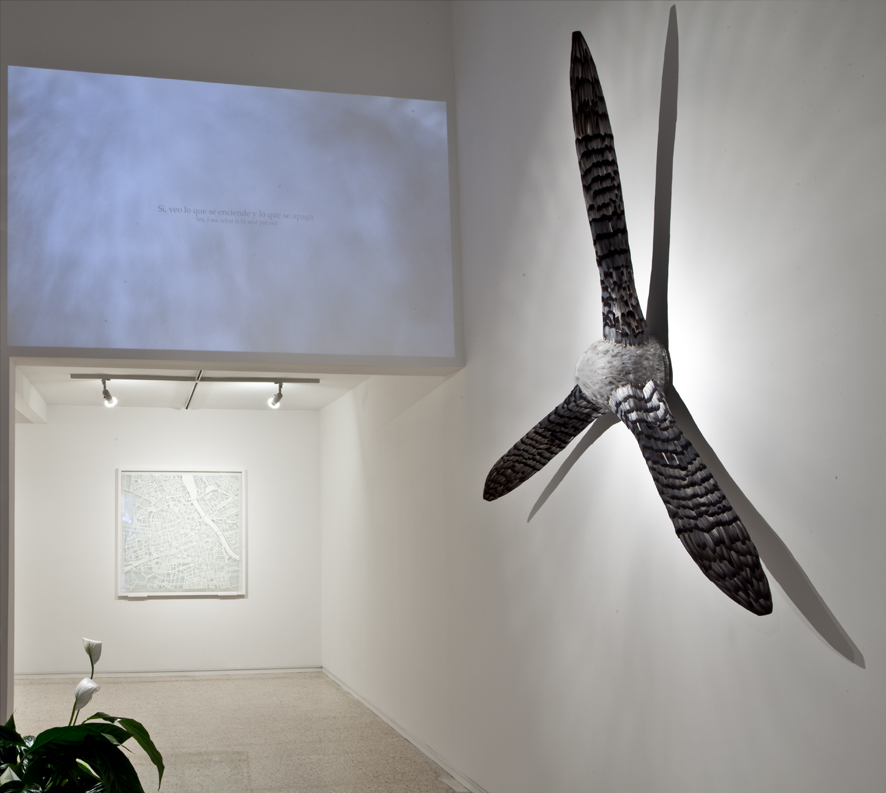 Installation view of the exhibition "The Mirror Rule", 2018. 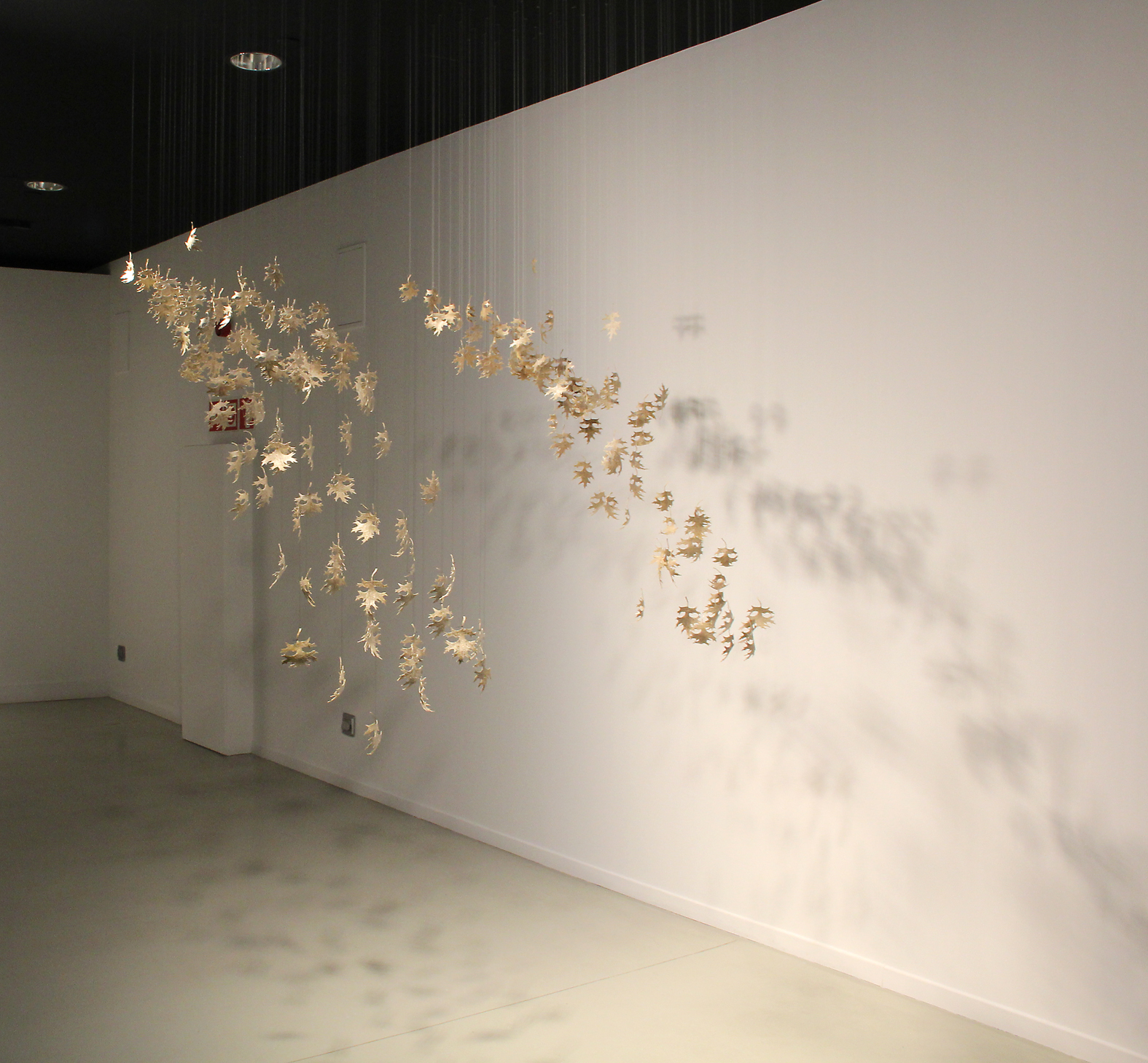 "Autumn of silences / Autumn of words", 2012. 186 sheets drawn and cut out on white cardboard covered with phrases and white spaces cut from newspapers of different countries and editions. 200 x 180 x 180 cm. 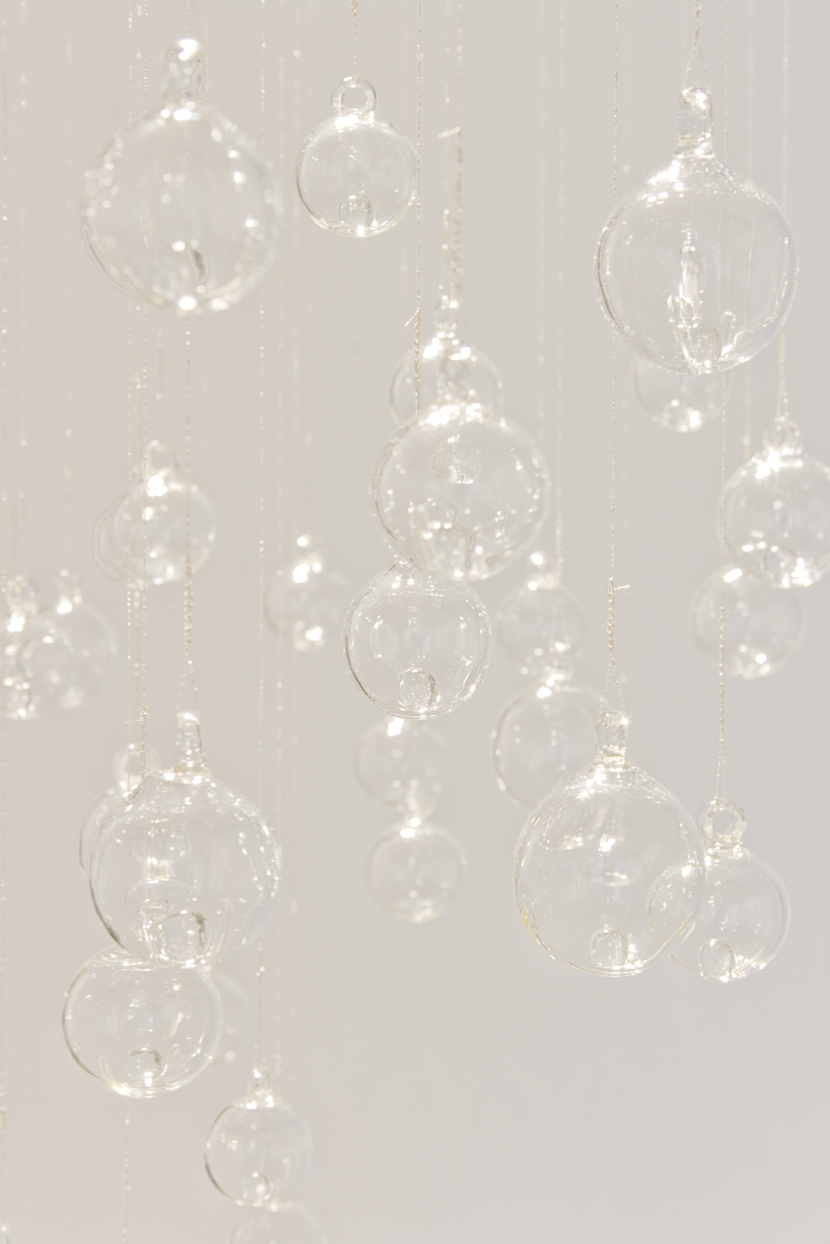 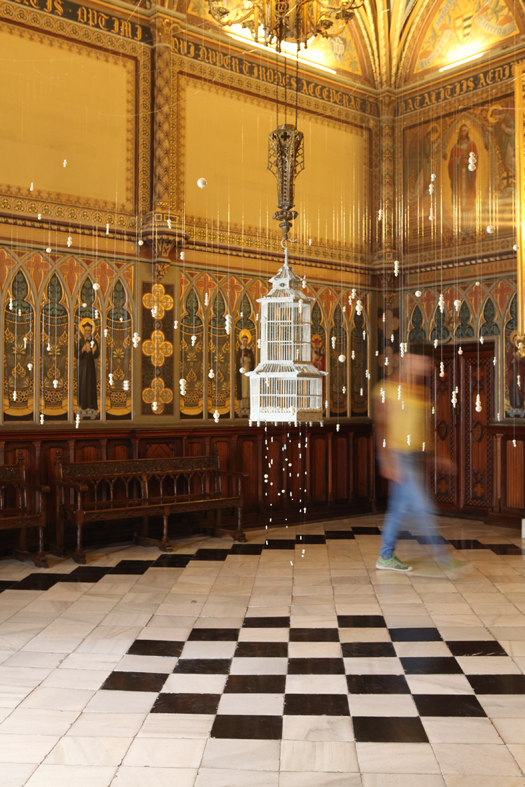 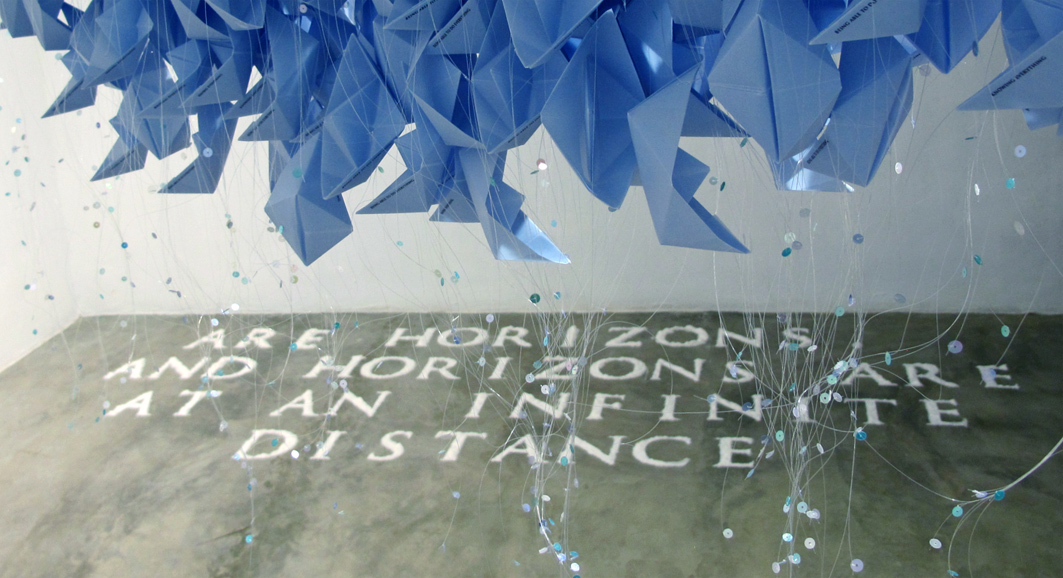 "Are horizons, and horizons are at an infinite distance", 2014. Blue paper boats. Installation that arises from a quote from the essay "The Inhuman", by J. F. Lyotard, reproduced in salt on the floor. Variable measures. 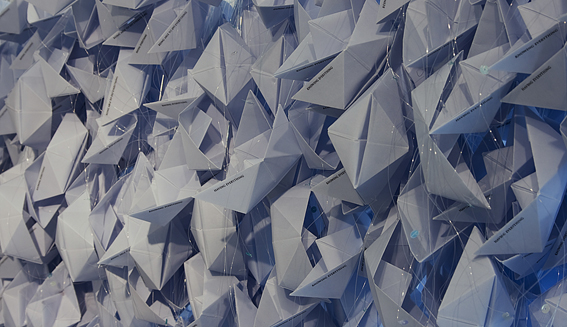 Detail of "Are horizons, and horizons are at an infinite distance".

Detail of "Are horizons, and horizons are at an infinite distance". 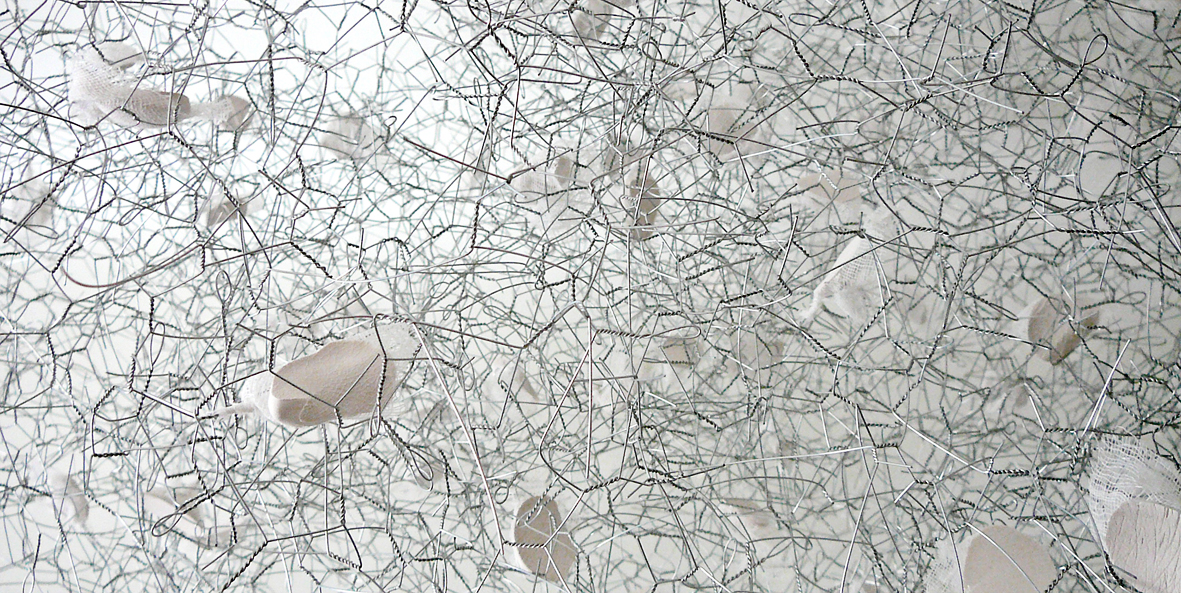 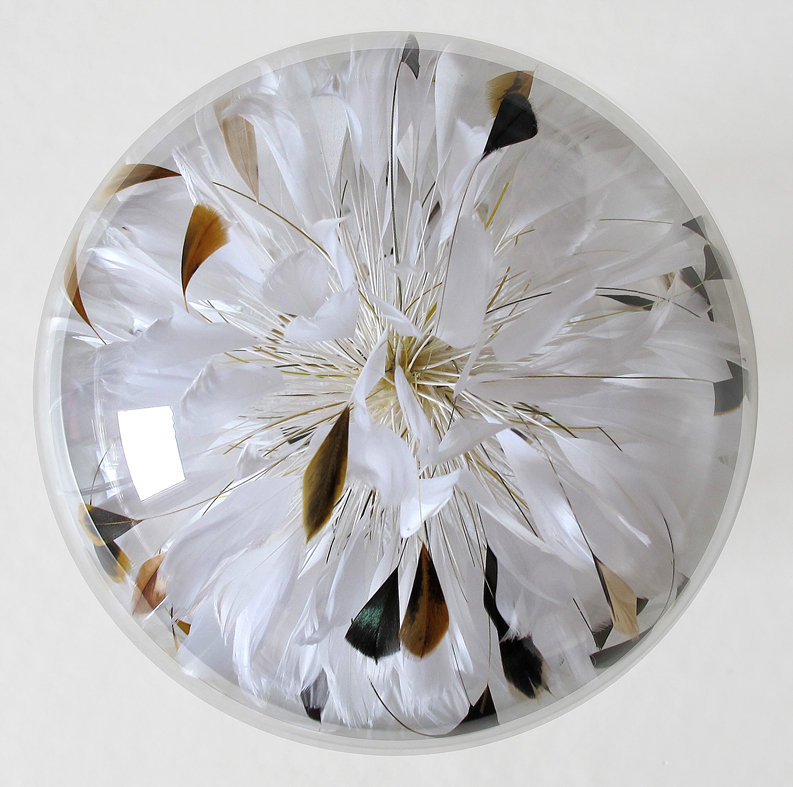 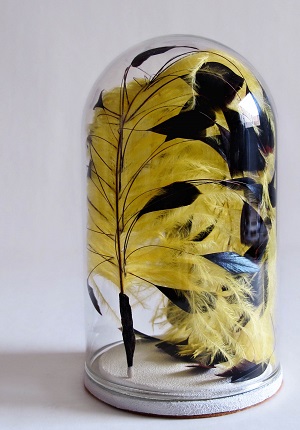 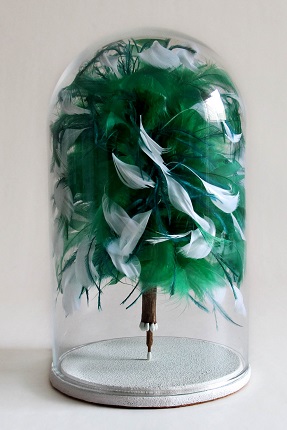 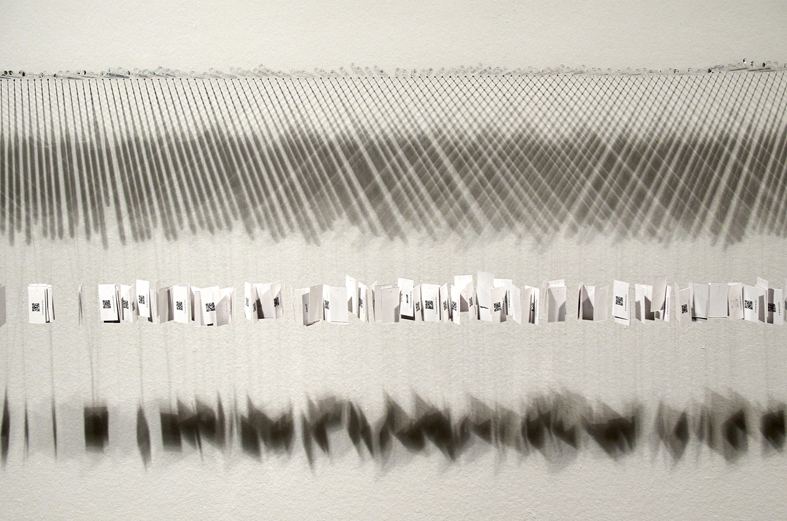 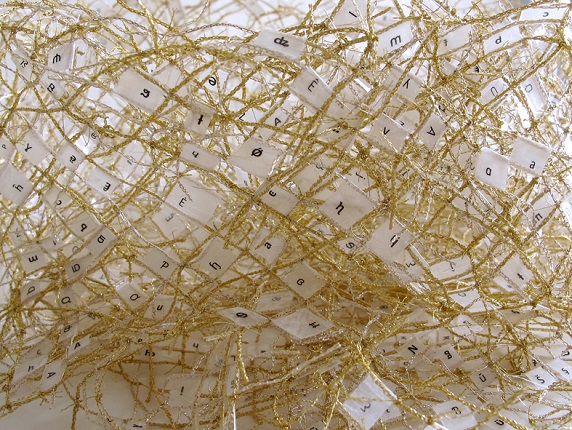 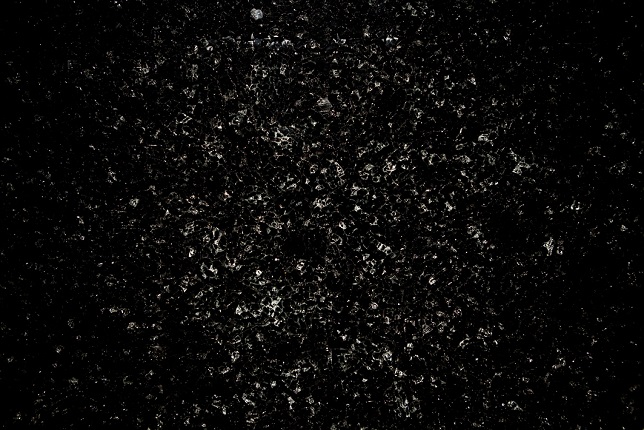 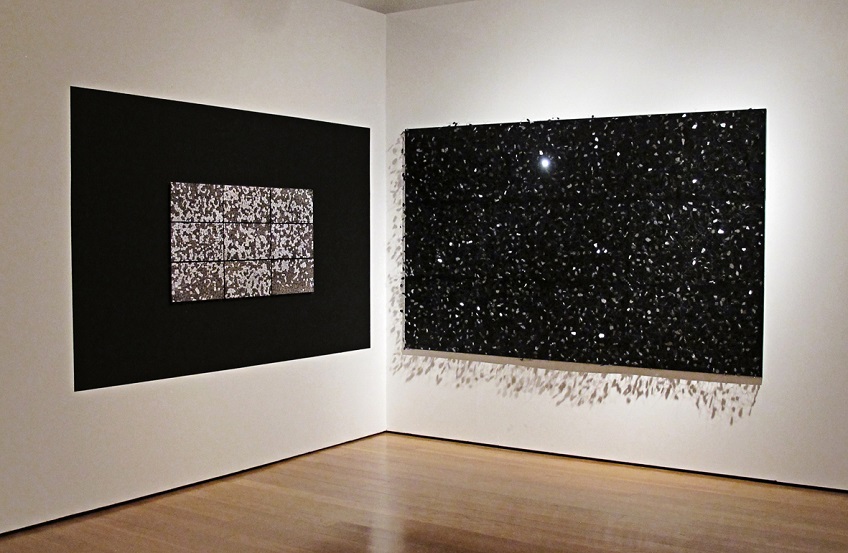 Rocío Garriga is an artist who uses various media, such as installation, sculpture, sound, video or photography. Her professional experience and her philosophical training permeate her artistic practice and her plastic language. She explores hybrid territories related to history, memory and language, and appropriates plastic resources close to cinema, literature and the stage environment. Her work presents other ways of narrating, based on the energy inherent in the presence of the object.

She has been granted scholarships and residency fellowships in several places. Having been granted the Residency Scholarship in Universities / Research Centres of prestige (Universitat Politècnica de Valencia), she carries out in 2019 two residences: one, at the London College of Communication (University of the Arts London, UK); and another, at the Centre de Recherche Dynamiques Européennes (Faculté des Sciences Sociales - Université de Strasbourg, France). During 2011 and 2012 she lived in Brighton (UK), working as an artist and guest researcher at the Arts Practices and Performance Research Initiatives of the Centre for Research & Development (Fine Arts Faculty, University of Brighton). In 2010 she worked with the Laboratoire Cultures et Sociétés en Europe (Strasbourg, France). In 2009 she was granted the DKV Grand Tour Scholarship for a two-month artistic residency in New York.

Her work has also received several recognitions: in 2017 she received the First Prize of Sculpture Askatasunarte; in 2016, her work was also awarded in the XVI Contemporary Art Encounters Contest, University Museum of Alicante (MUA). She represented Spain in the BIENNIAL EGC European Glass Context (Denmark). Her work has been shown in exhibitions in Canada, Finland, Puerto Rico, Italy, Belgium... Some of her latest collective exhibitions have been held at the Centre d'Art Tecla Sala (Barcelona, 2019), at the Centro Dados Negros (Ciudad Real, 2019), or at the Museé Basque de Bayonne (France, 2018).

Rocío currently combines the development of her project, on the history of the zoos that have been bombed from the Second World War to the present day, with other artistic approaches that are also part of her line of work. She is a Doctor Assistant Professor in the Faculty of Fine Arts at the Universitat Politècnica de Valencia, the city where she resides most of the time and where her studio is located.