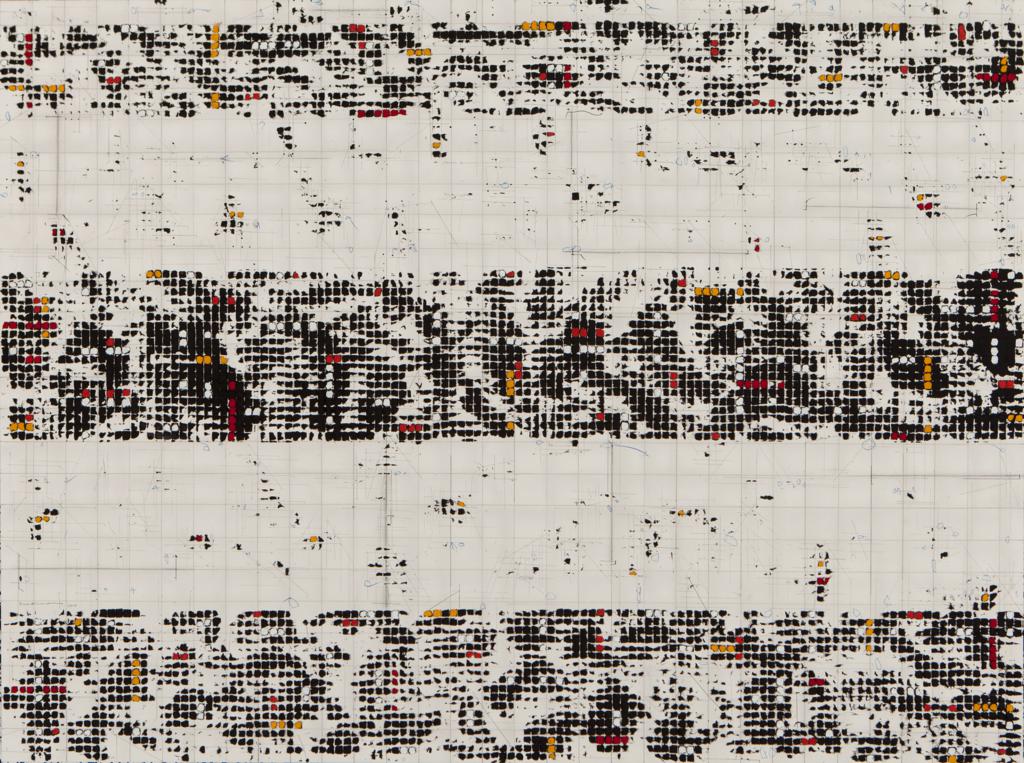 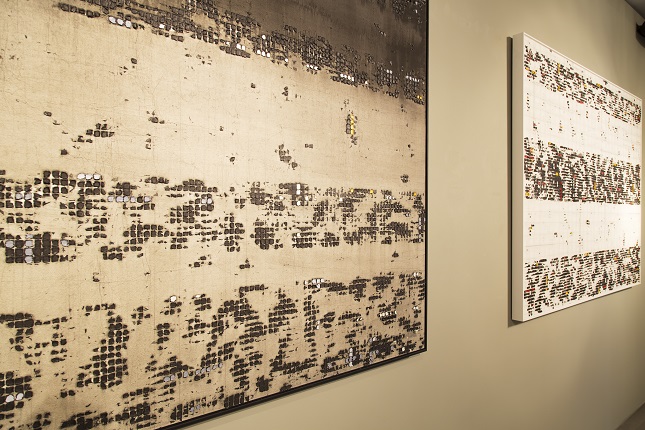 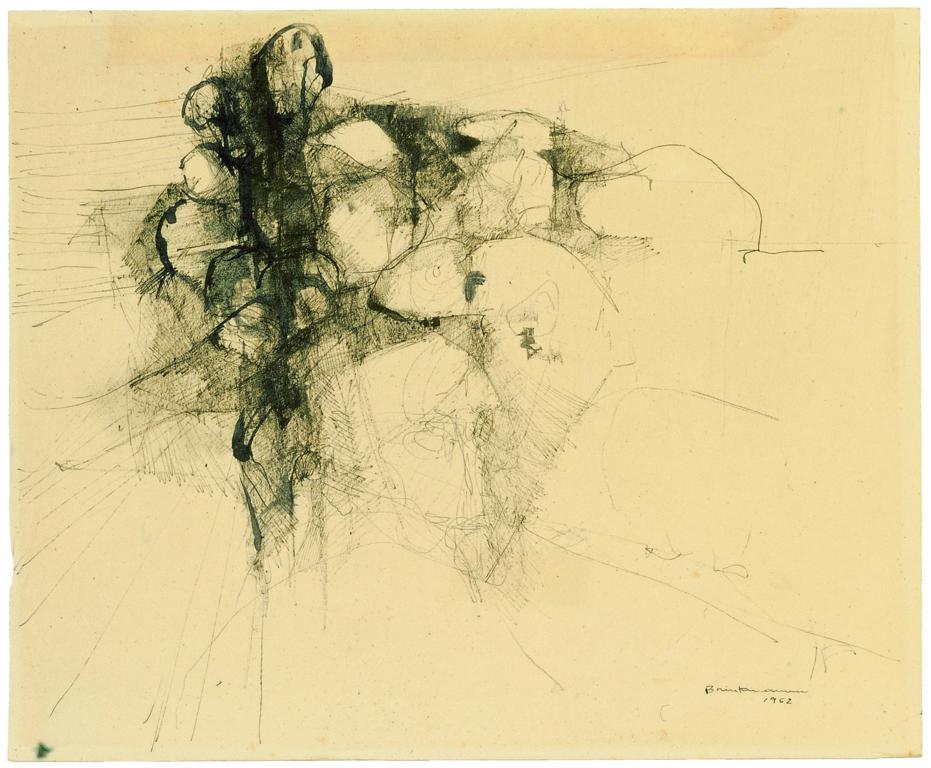 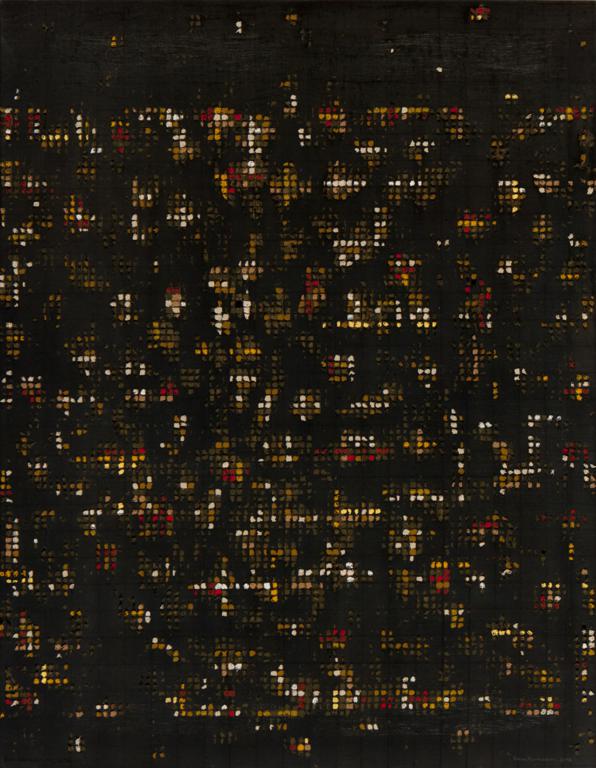 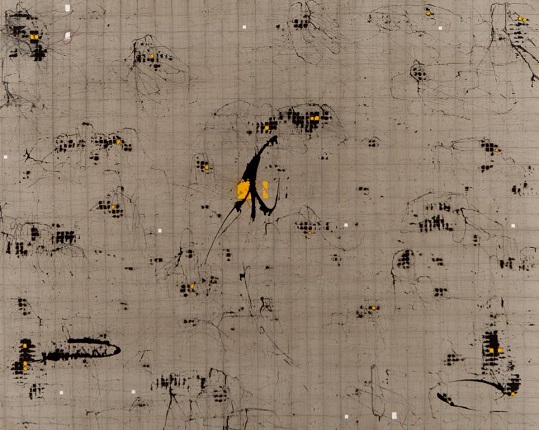 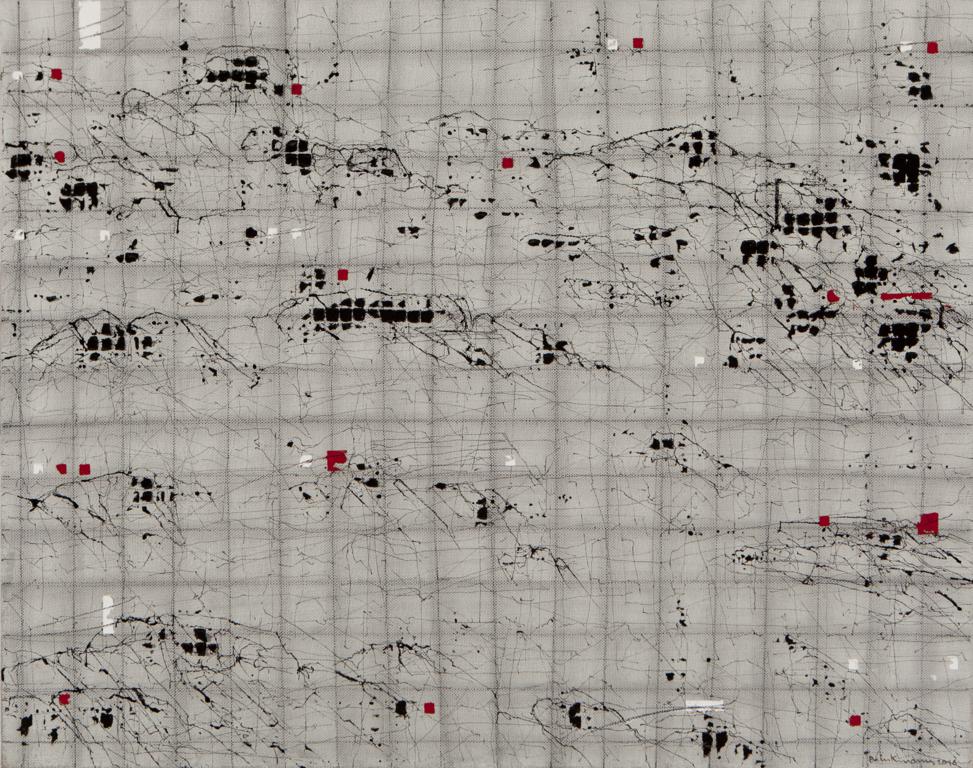 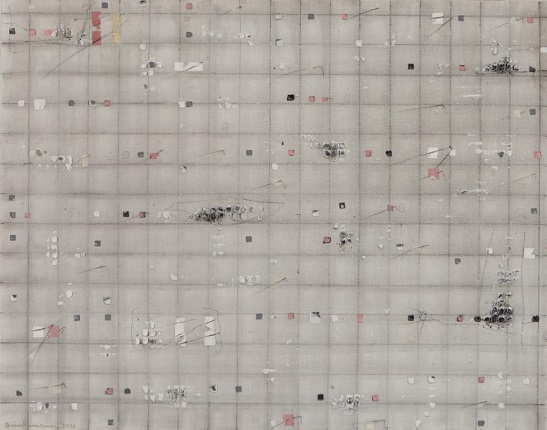 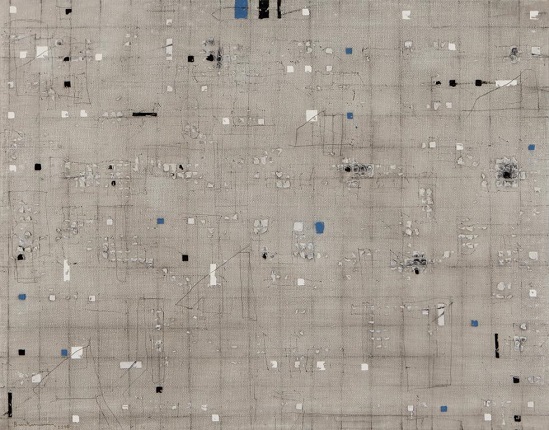 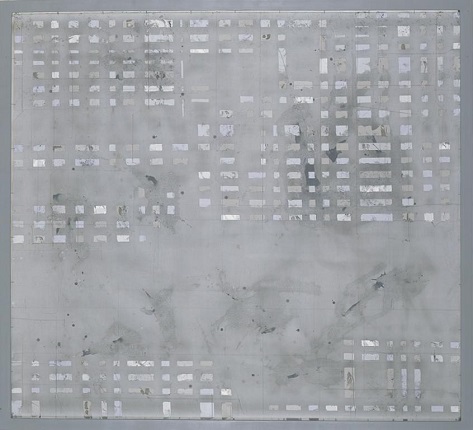 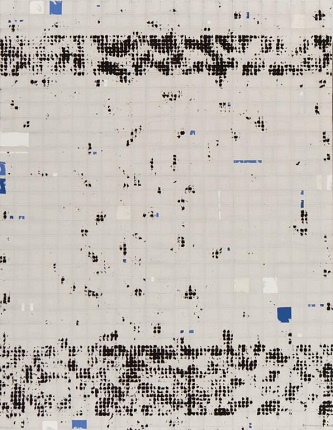 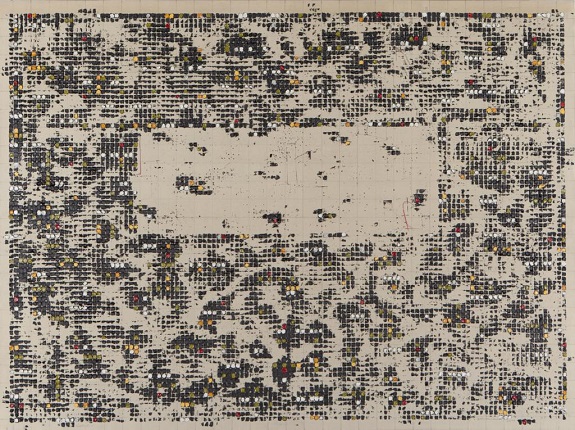 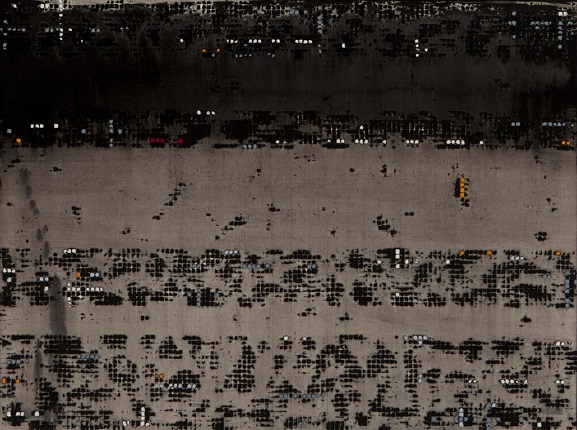 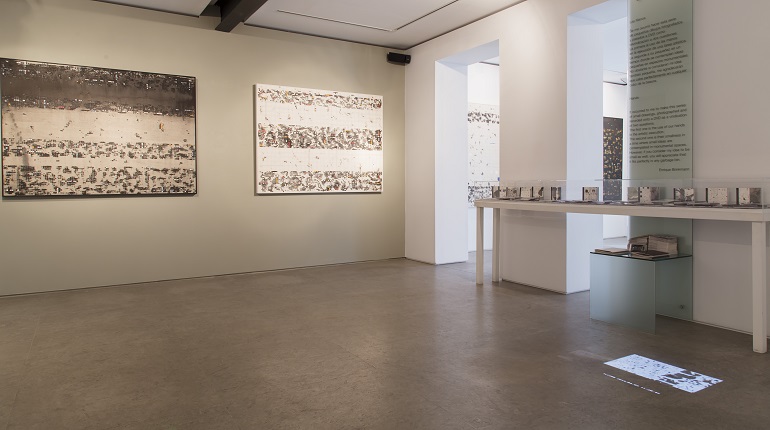 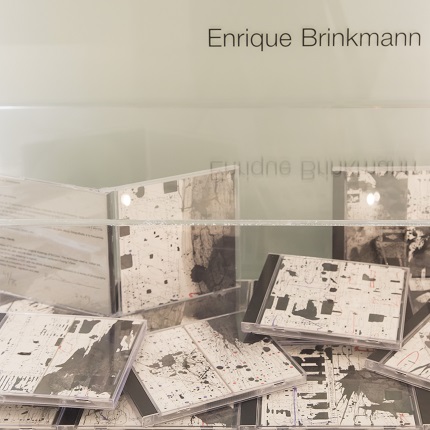 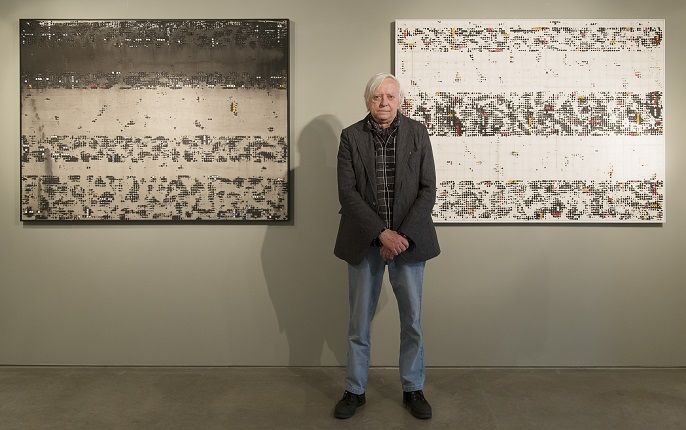 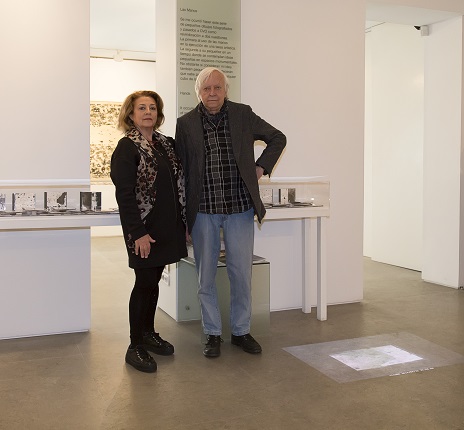 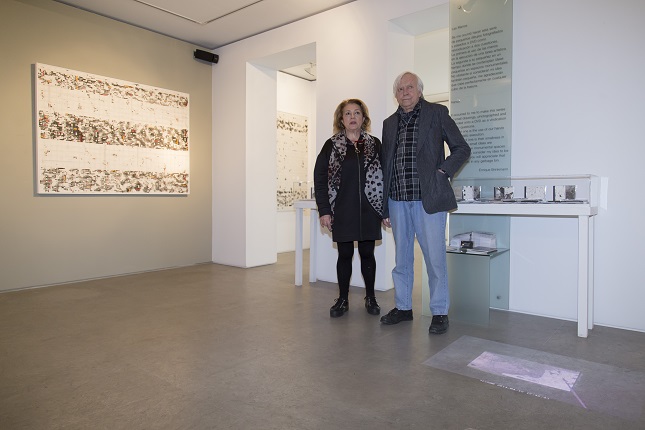 Enrique Brinkmann's plastic evolution tends to representations,  within abstraction, which we might think are technological languages, related to sound or to radiophony.

Brinkmann reaches this stage, after passing through his previous series, related to the world of news and wars.

We present nine unpublished works, made during the last two years, and two older pieces to offer a historical context and the author's language.

One represents the abandonment of metal meshes in favour of paper and canvas supports, and the oldest, from the year 62, is a drawing which, in the manner of nostalgia, presents his great personality as a draughtsman, which Enrique Brinkmann developed during these years in various European cities.