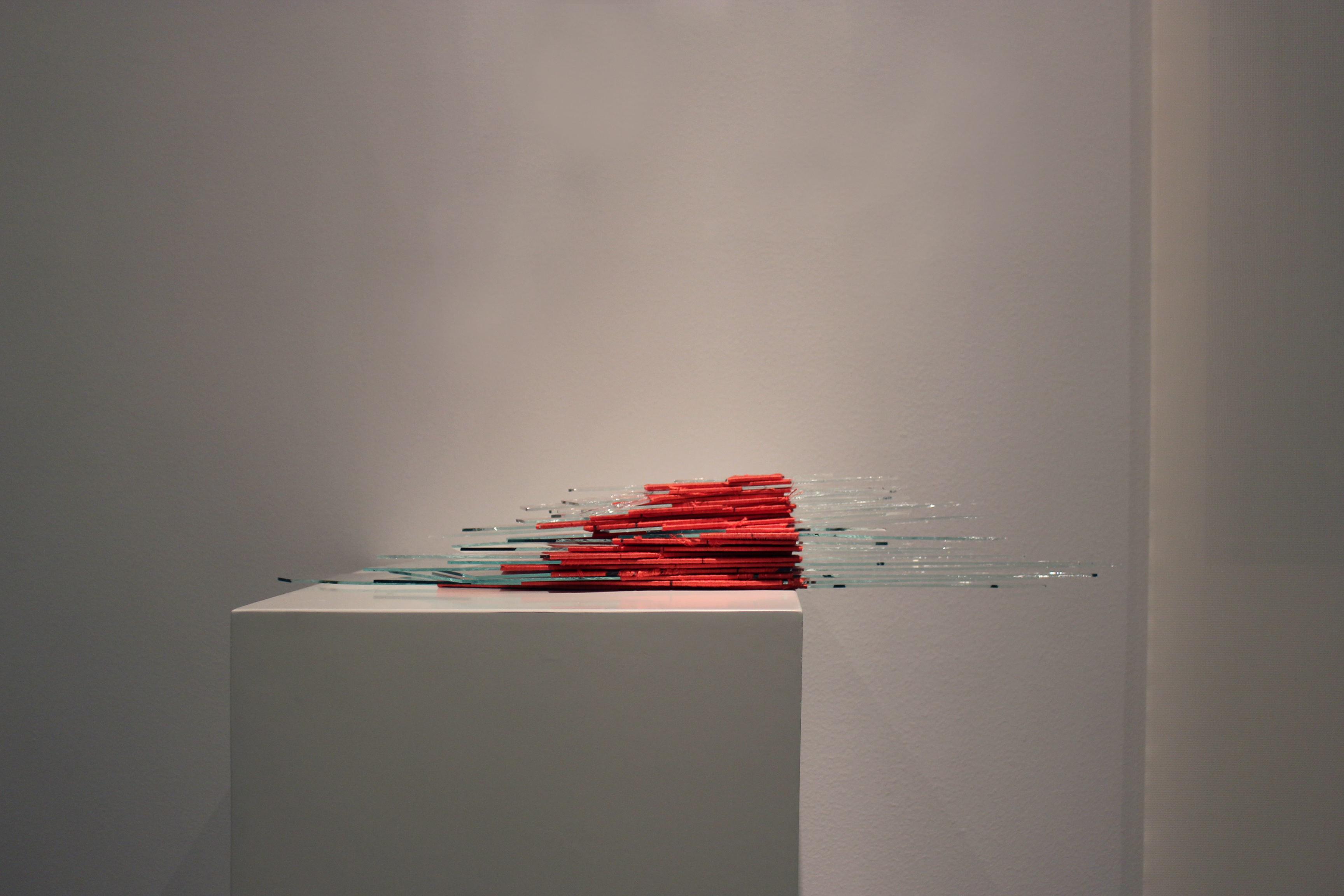 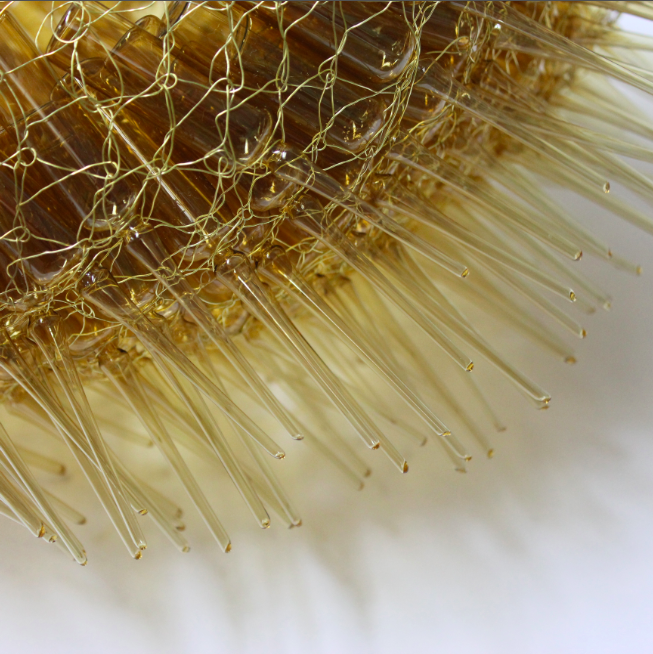 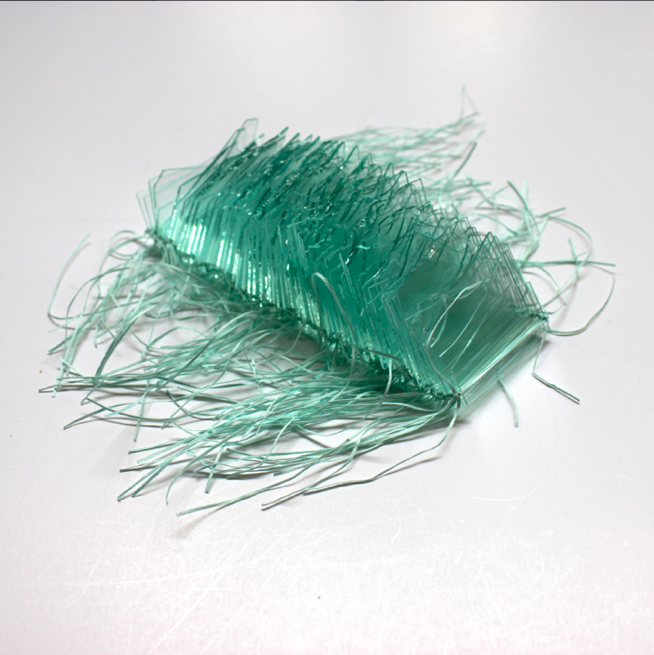 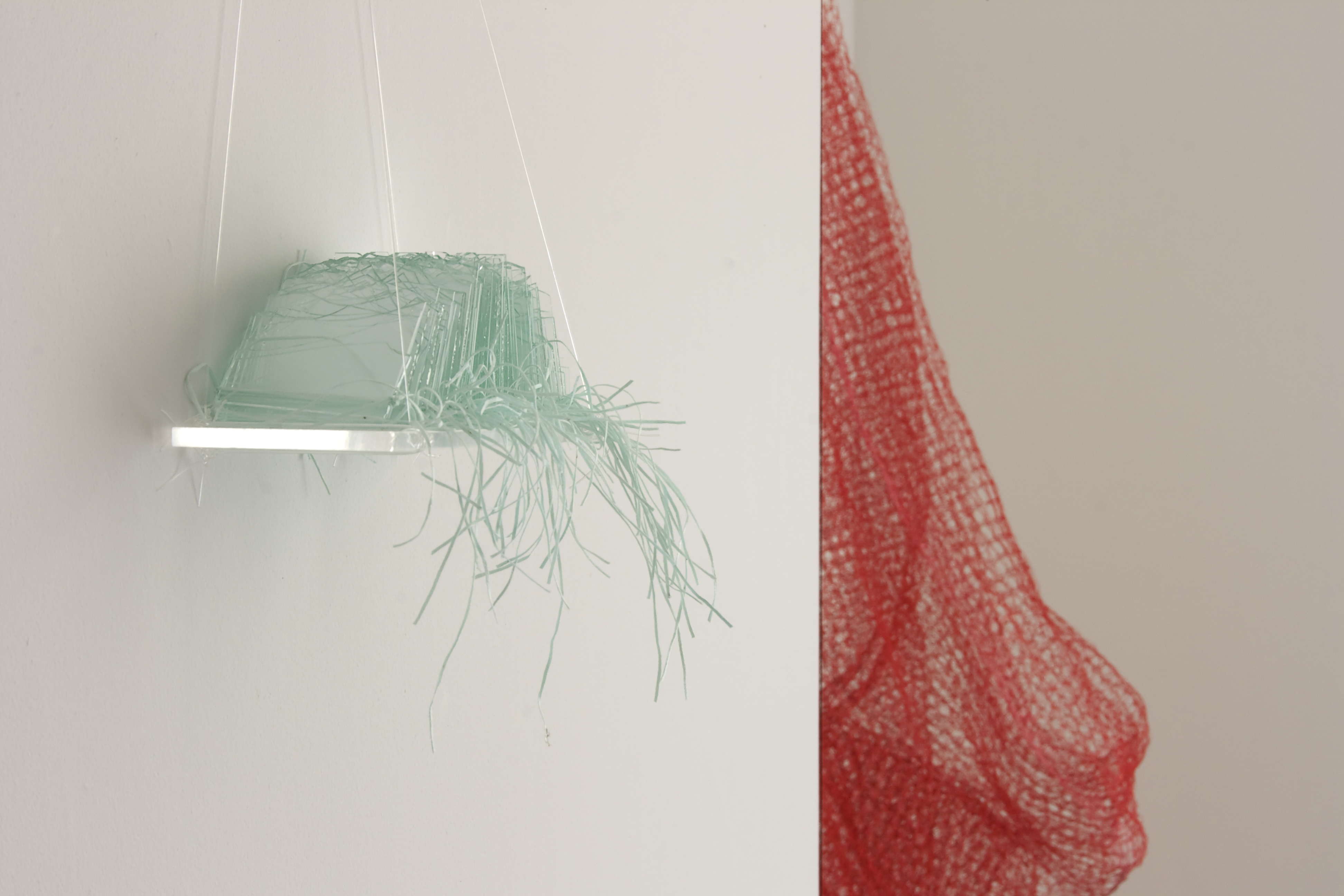 Detail of the exhibition "Sea Flow" 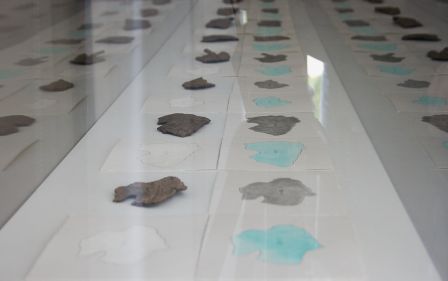 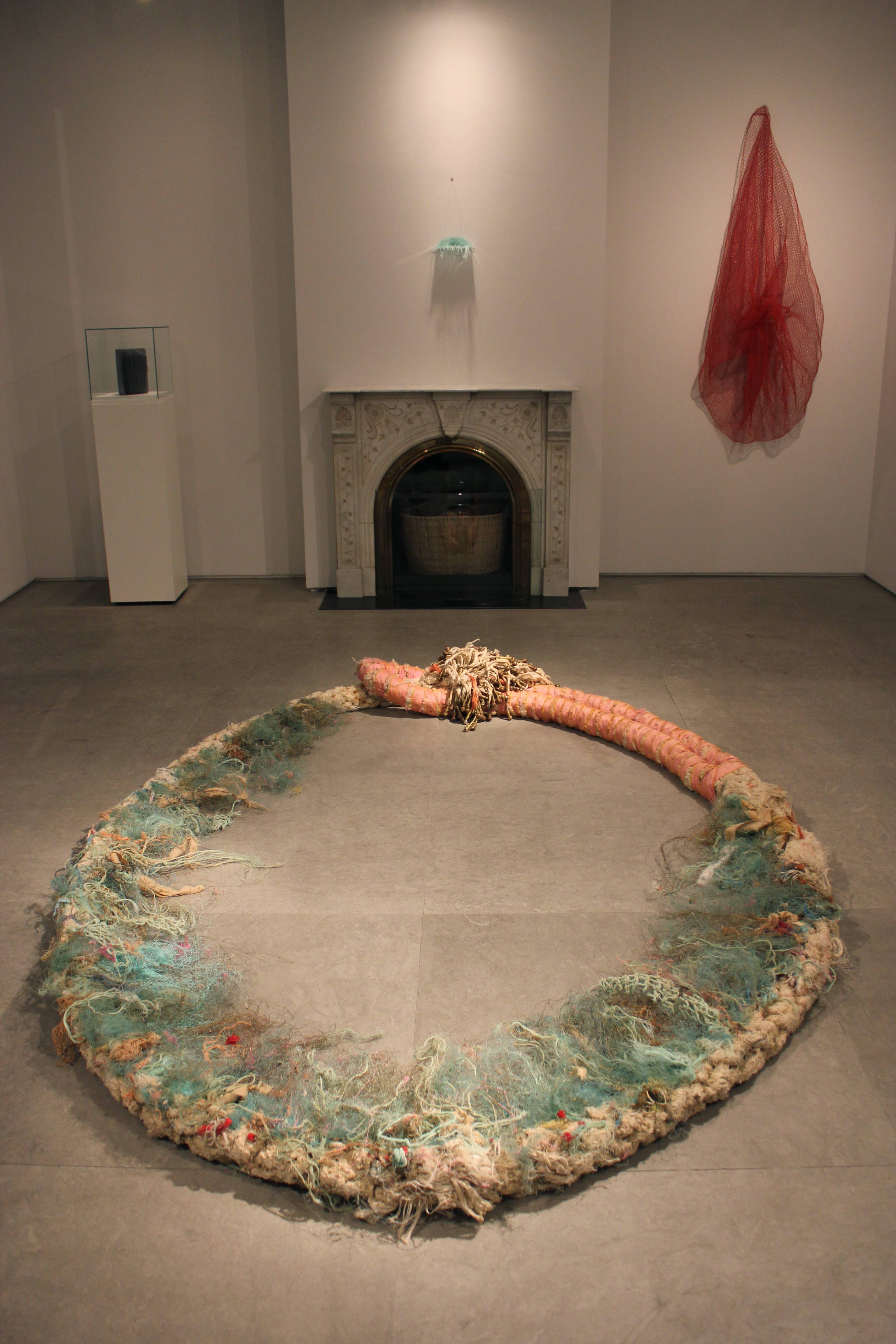 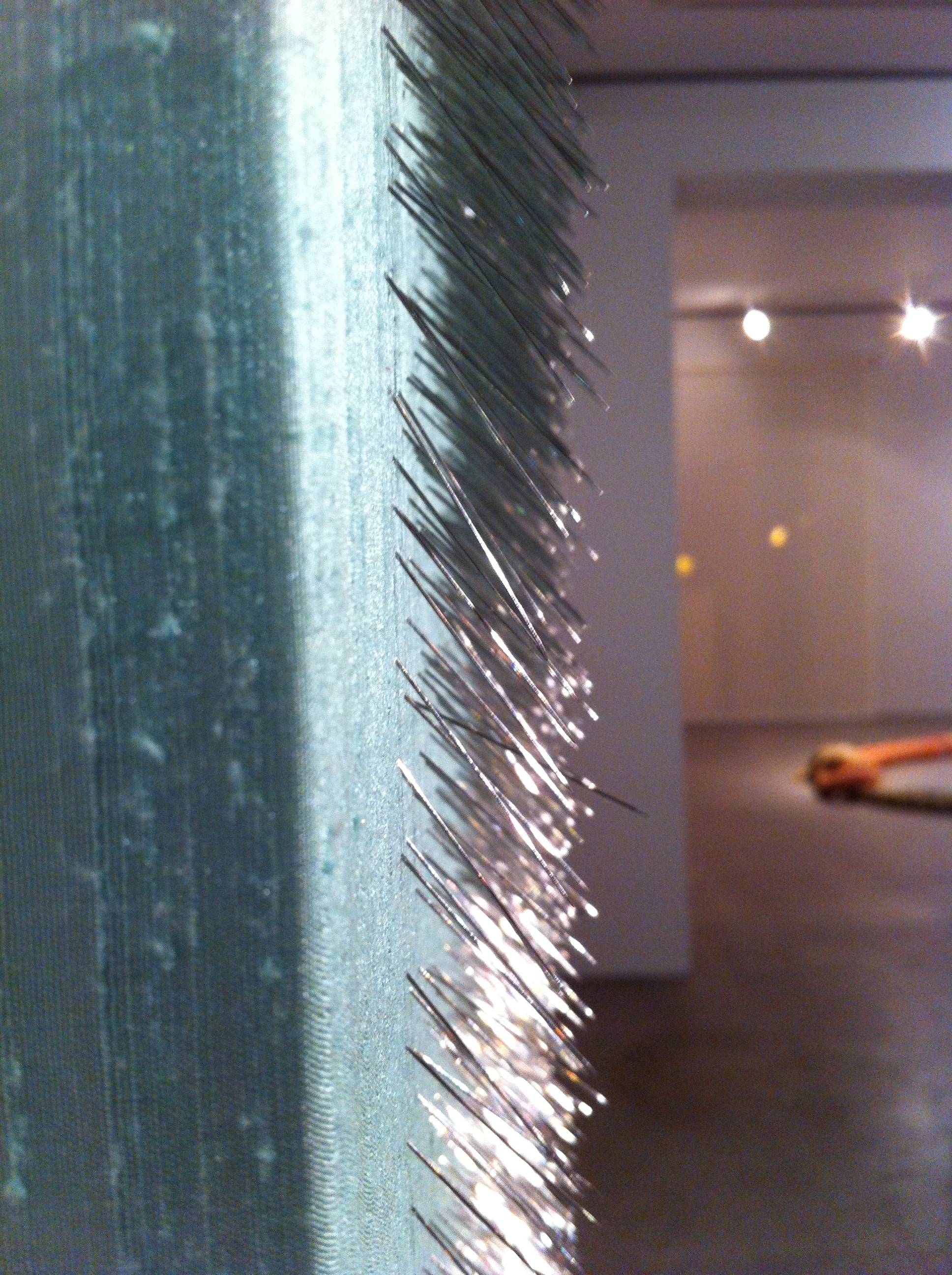 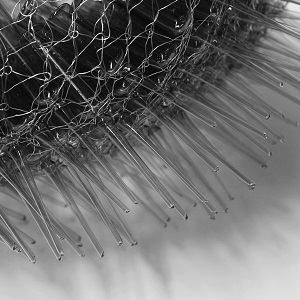 Invitation to the opening 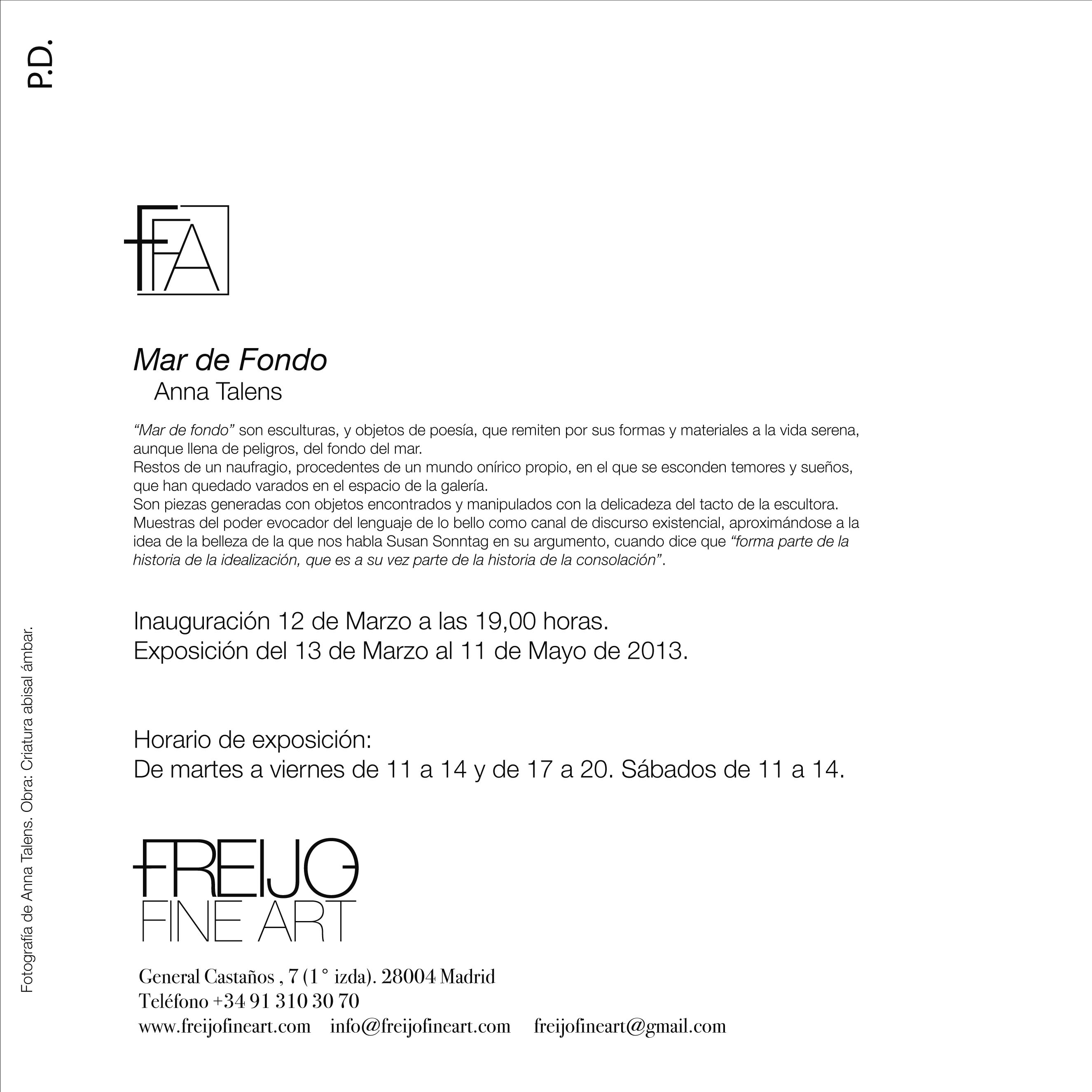 Invitation to the opening

THE TALENT OF TACIT KNOWLEDGE

After having dealt with the subject of beauty as a means of communication in her last exhibition in Berlin, under the title Zaun und Netz, Anna Talens exhibits for the first time individually in Madrid, in the space of Freijo Gallery. The exhibition is entitled Sea Flow and brings together a group of sculptures and objects of poetry that, through their forms and materials, refer to the serene life, albeit full of dangers, that takes place at the bottom of the sea.

In the cities we remain immersed in a riverbed of life that runs with great speed. We have lost the capacity to wait patiently and we launch ourselves in an impulsive way to the consumption of images, ideas and products that many times have not enjoyed the necessary time to mature and that we swallow almost in a raw state.

Alan Watts already said in his book dedicated to The Way of Zen that...people who walk in a hurry lose the capacity to feel and that there is another way of acting that...does not do or force anything but rather "cultivates" or "allows" everything to grow and does not impose a different rhythm than that necessary for the natural occurrence of things.  This is one of the fundamental principles of art that conceives slowness as an important element per se. Tacit knowledge, which defines the art that uses manual processes in the elaboration of the works, discovering in the hands a basic tool and the mystery in its language.

The artist's hands work in a similar way to nature. They repeat over and over again the same phenomenon, the same strategy, and in each attempt they know better the limits of the matter and its expressive capacities. But this type of work is not exempt from concept, it is not a matter of doing for the sake of doing, but rather in the work one finds and discovers one's own concept, through a language that reaches other places of the mind, where intuition, knowledge, emotion and sensation are united.

Art was separated from craftsmanship a long time ago and the applied arts thus took a back seat. However, there are artists today who, even though they are aware of the technical advances, are betting on going back to those times when the machine had not controlled the production of most objects. Times in which repairing what was broken was a way of making objects survive, times in which the rhythm of life was governed by other parameters. This is where Talens' work lies, in the craftsmanship and the concept. It is perceived with a double tacit character. On the one hand, it emanates a tranquillity that is close to the quiet and silent, and on the other hand, although it is familiar, it has a strange mystery.  In her work, the sensation of the readymade coexists with the surprising emotion of the transformed. Manual work requires a state of solitude, calm and tranquillity in the making of the pieces, and this feeling of being suspended in time is what emerges from these unspoken works. The object of poetry and conceptual art play between the known and the surprising, and in this stage we also find the works of this artist, turning the everyday into the extraordinary.

Sea Flow consists of sculptures and objects of poetry, whose shapes and materials refer to the serene life, although full of dangers, of the bottom of the sea. Remains of a shipwreck, coming from a dream world of their own, in which they hide fears and dreams, which have been stranded in space. They are pieces generated with found objects and manipulated with the delicacy of the sculptor's touch. They show the evocative power of the language of the beautiful as a channel of existential discourse, approaching the idea of beauty that Susan Sonntag talks about in her argument, when she says "it is part of the history of idealization, which is in turn part of the history of consolation".