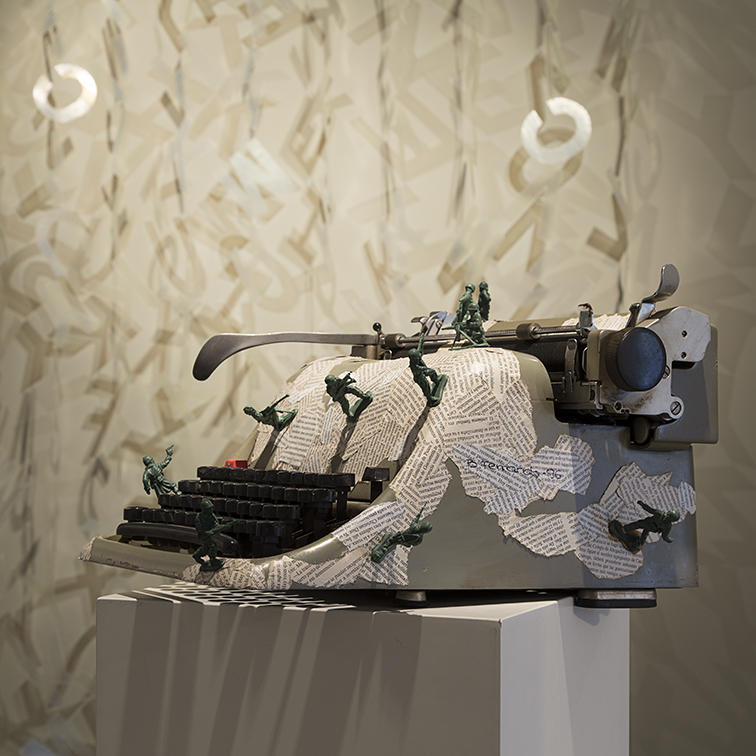 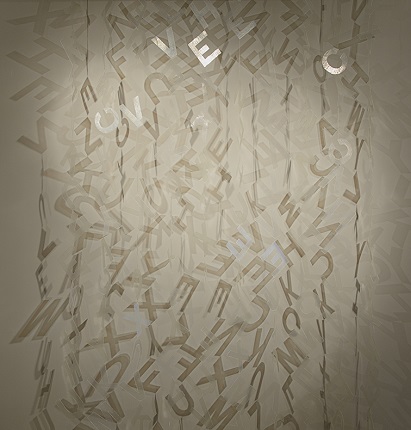 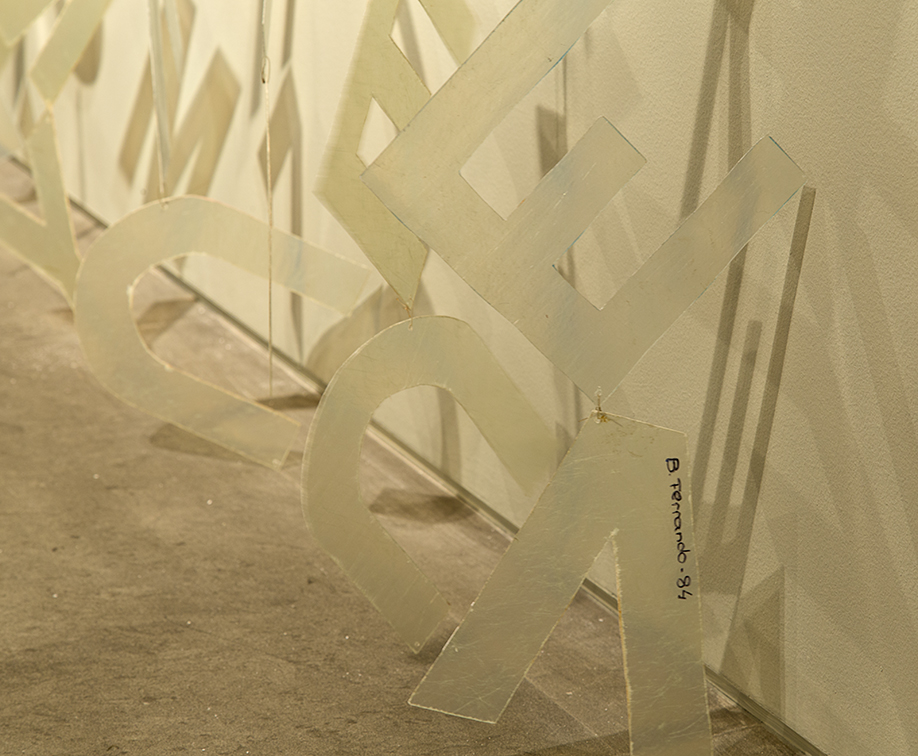 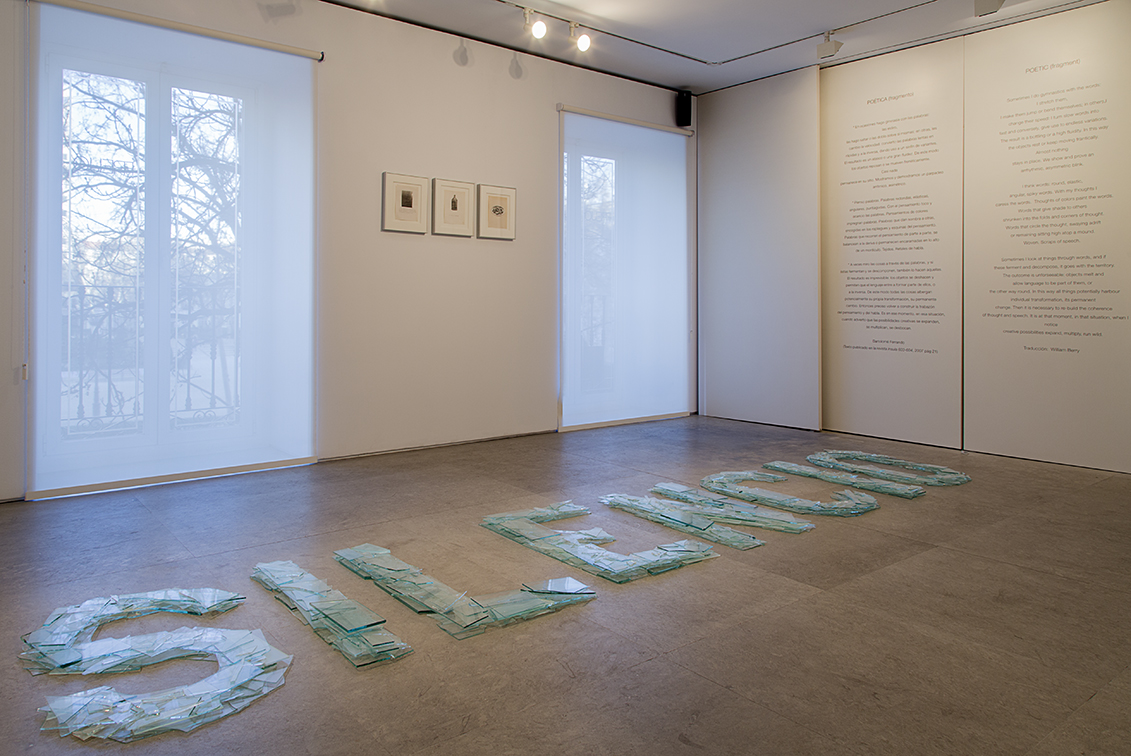 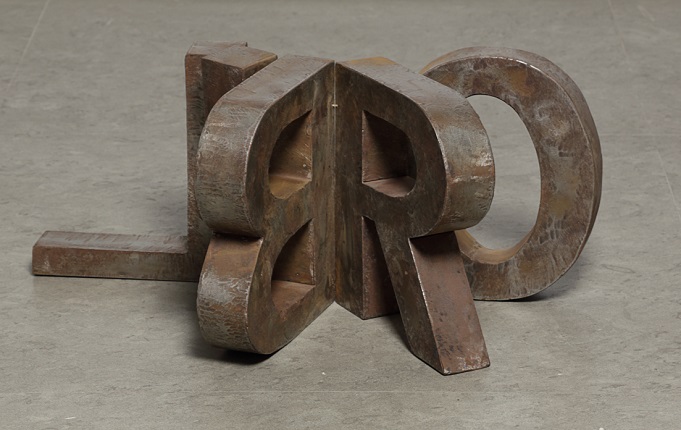 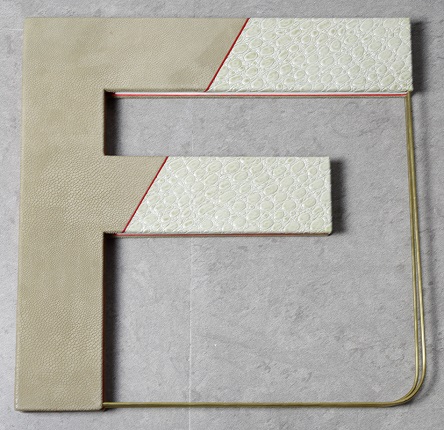 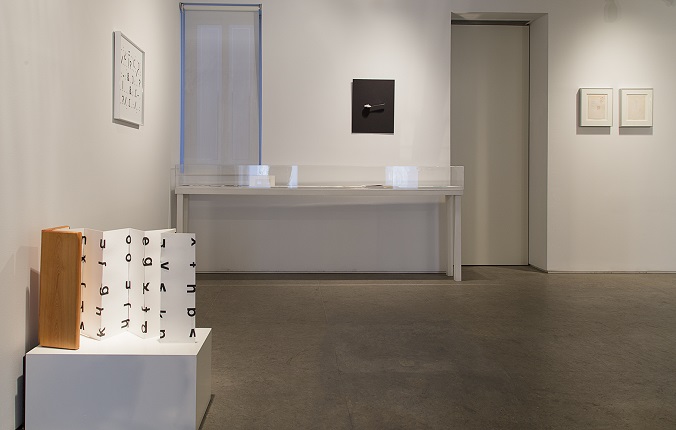 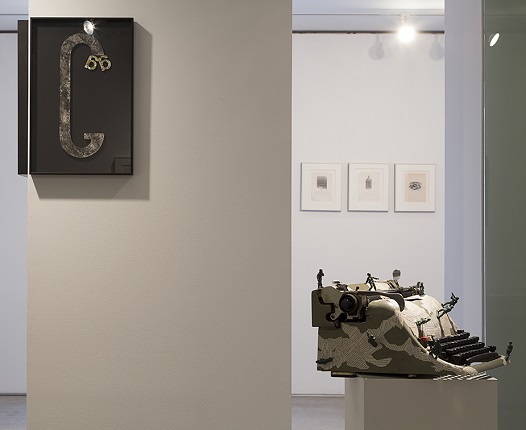 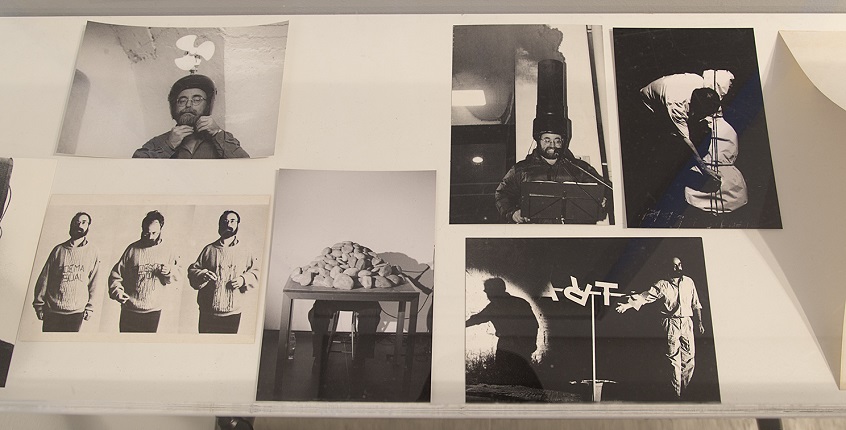 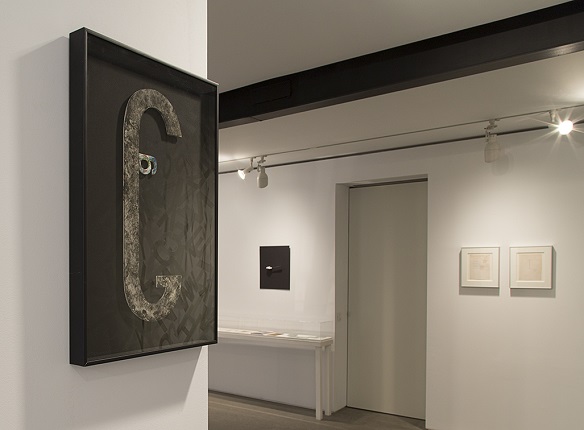 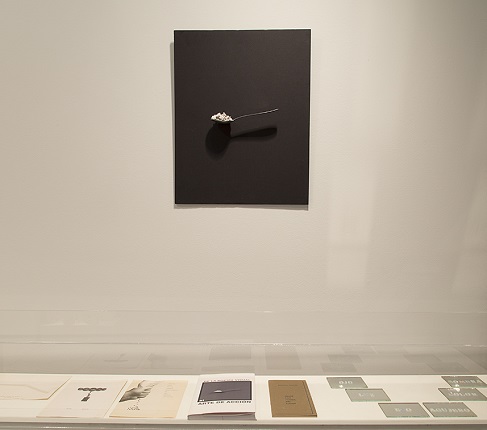 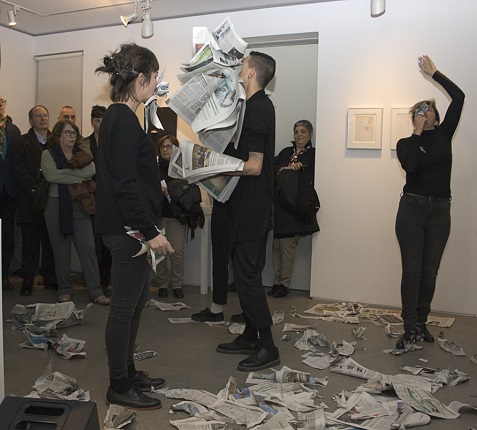 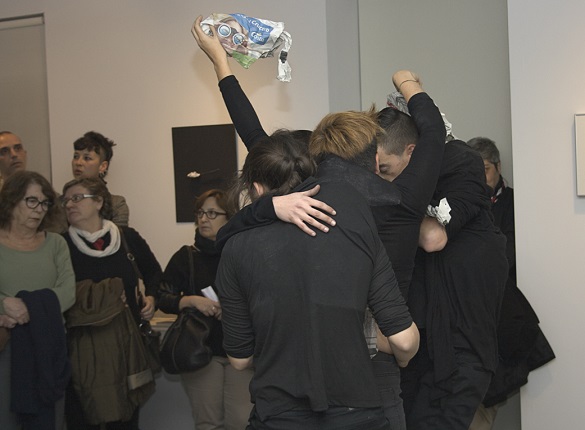 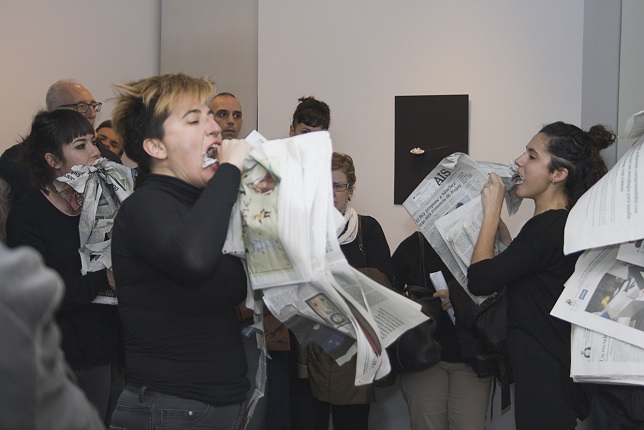 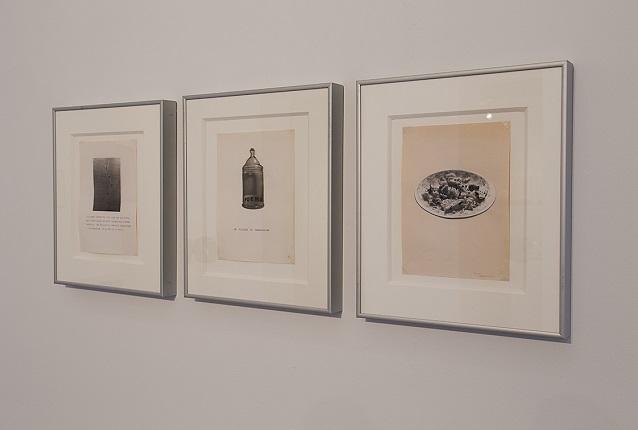 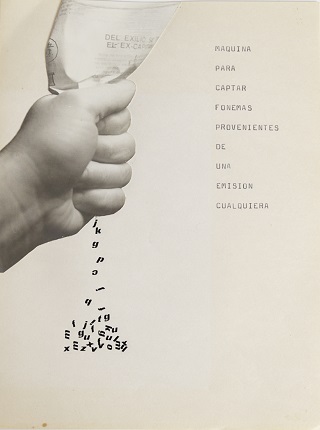 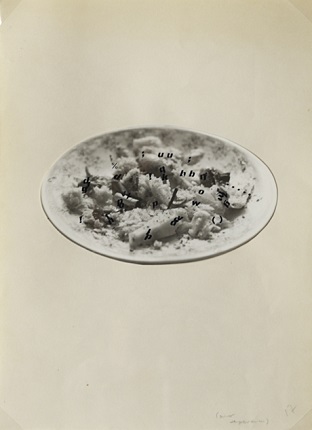 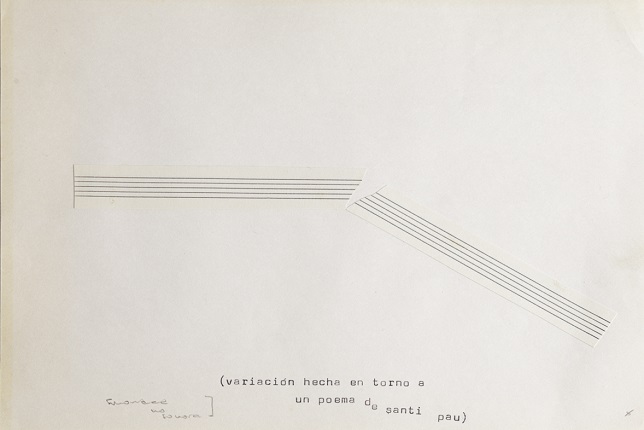 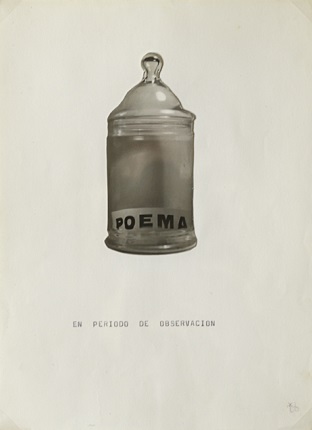 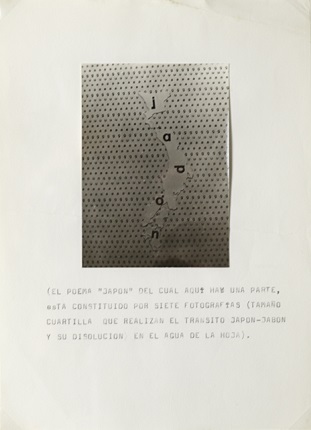 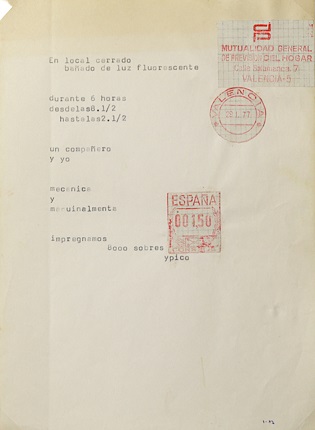 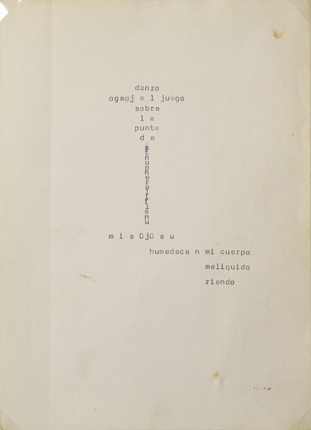 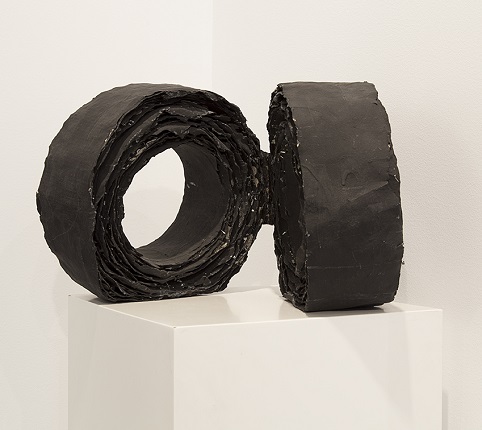 FRAGILE SILENCE is a solo exhibition by the artist Bartolomé Ferrando in which his latest piece, created in 2016 as a site specific work, is executed with broken glass, paying homage to Eugen Gomringer[2], the author of the term concrete poetry.
Eugen Gomringer and Bartolomé Ferrando, two of the most important representatives of experimental poetry in Europe, met for a poetic speech in June 2011 at the Cervantes Institute in Berlin (Germany): "Concrete and visual poetry from the twentieth century to today". Moderated by Friedrich W. Block. It was a talk about their careers and their work.

With this exhibition we will journey through Ferrando’s work, showing original scale models from TEXTO POETICO, object-poems from the 80's up until now.
This exhibition highlights the written and spoken word as the fundamental theme in his performing and plastic works

*Sometimes I do gymnastics with the words:

I make them jump or bend themselves; in others, I

change their speed: I turn slow words into

fast and conversely, give use to endless variations..

The result is a bottling or a high fluidity. In this way

stays in place. We show and prove an

*I think words: round, elastic,

angular, spiky words. With my thoughts I

caress the words.  Thoughts of colors paint the words.

Words that give shade to others

shrunken into the folds and corners of thought.

or remaining sitting high atop a mound.

*Sometimes I look at things through words, and if

these ferment and decompose, it goes with the territory.

The outcome is unforseeable: objects melt and

allow language to be part of them, or

the other way round. In this way all things potentially harbour

change. Then it is necessary to re-build the coherence

of thought and speech. It is at that moment, in that situation, when I notice

[1] The Colectivo Albastru is an action art group created in Valencia in 2014. The group maintains the A B and C of a performance: energy, space and time.  The group moves away from the narrative and the performance, using the everyday object in an unusual manner creating multiple poetic images, opening the work to varied interpretations.

[2] Between 1954 and 1957 Gomringer worked as Max Bill’s secretary at Ulm School of Design. In 1953 he funded with Dieter Roth and Marcel Wyss the magazine Spirale (snail). From 1960 to 1965 he started a series of poetic books denominated: Poesia Concreta Heraus.