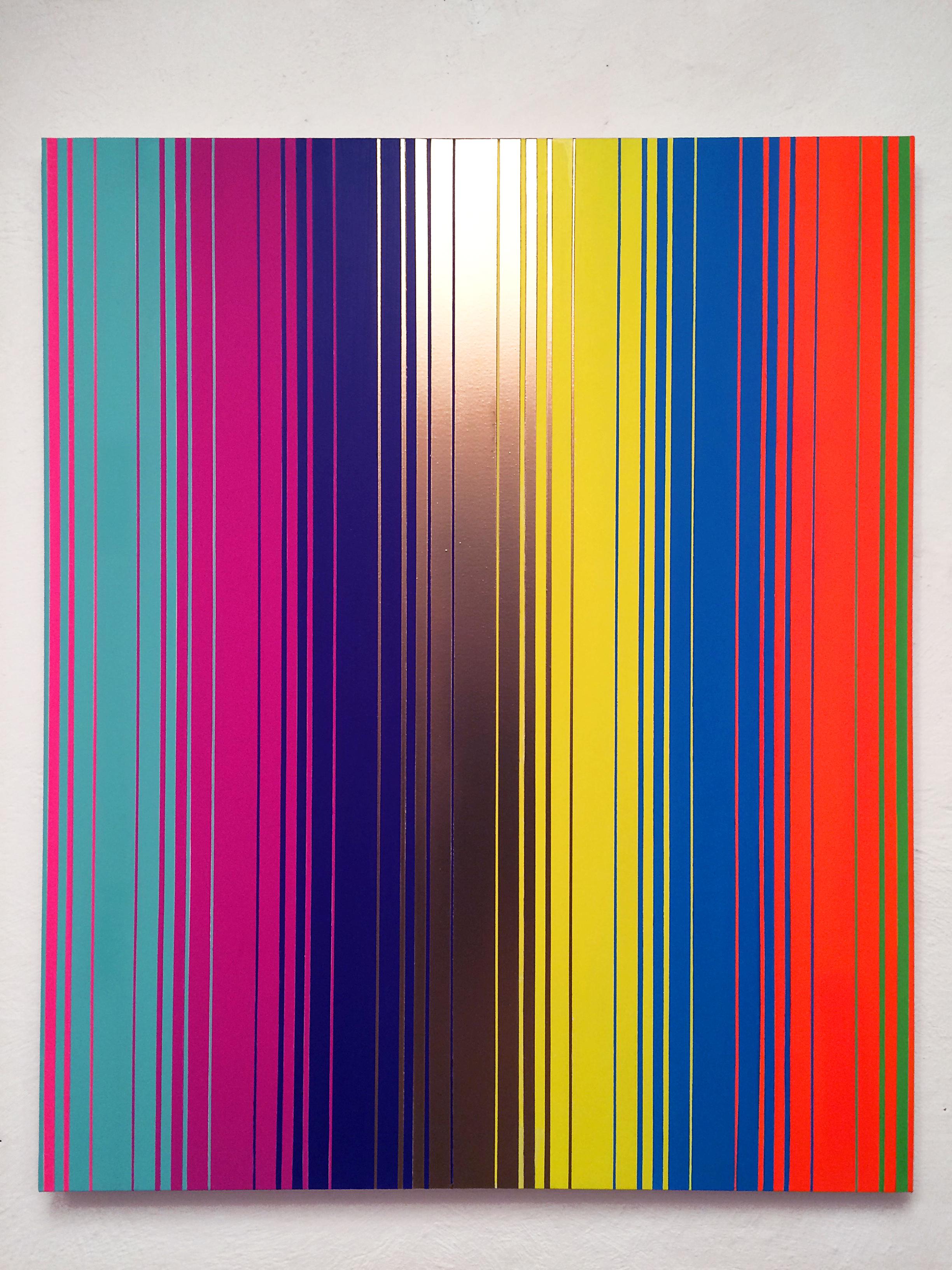 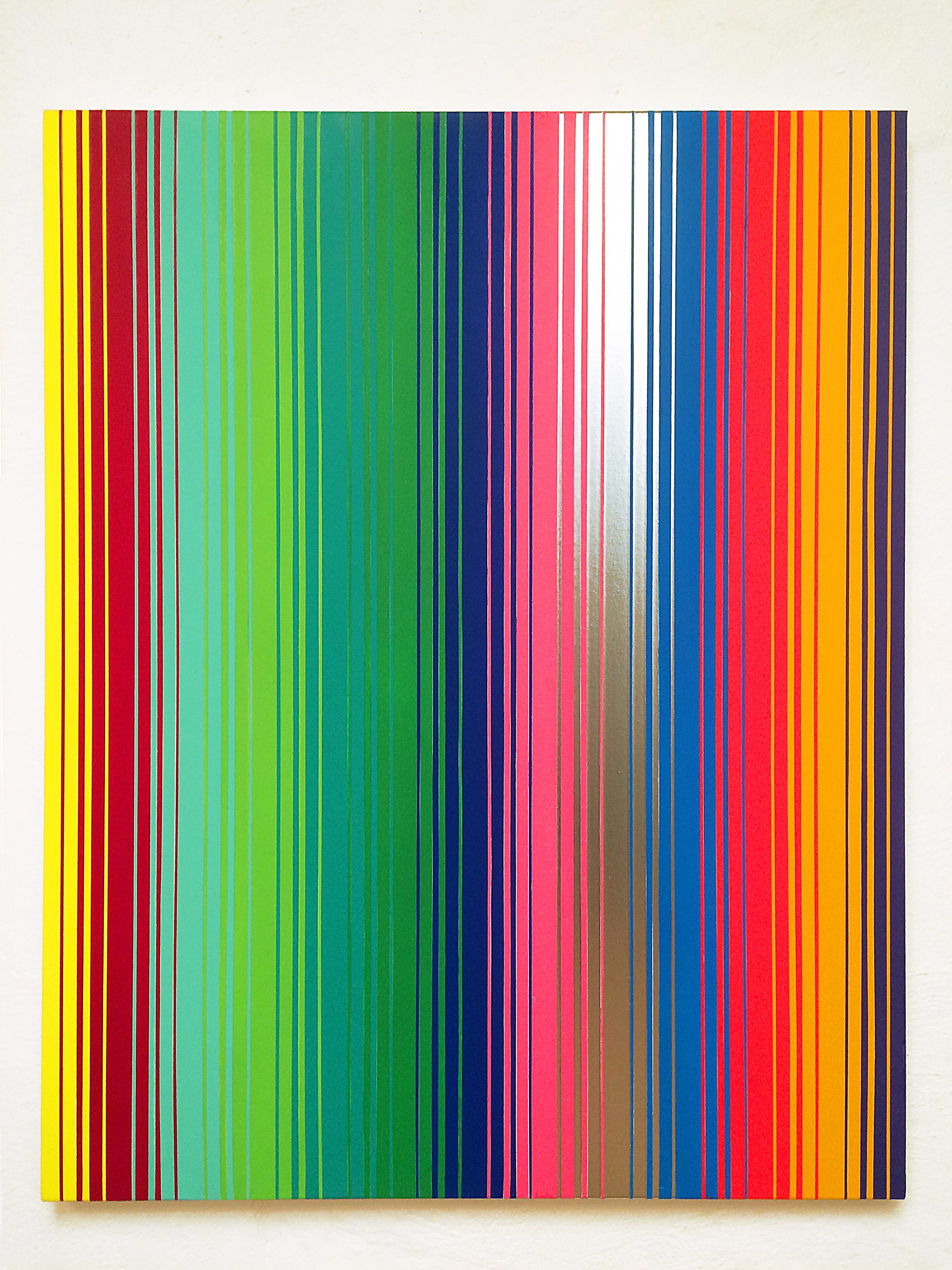 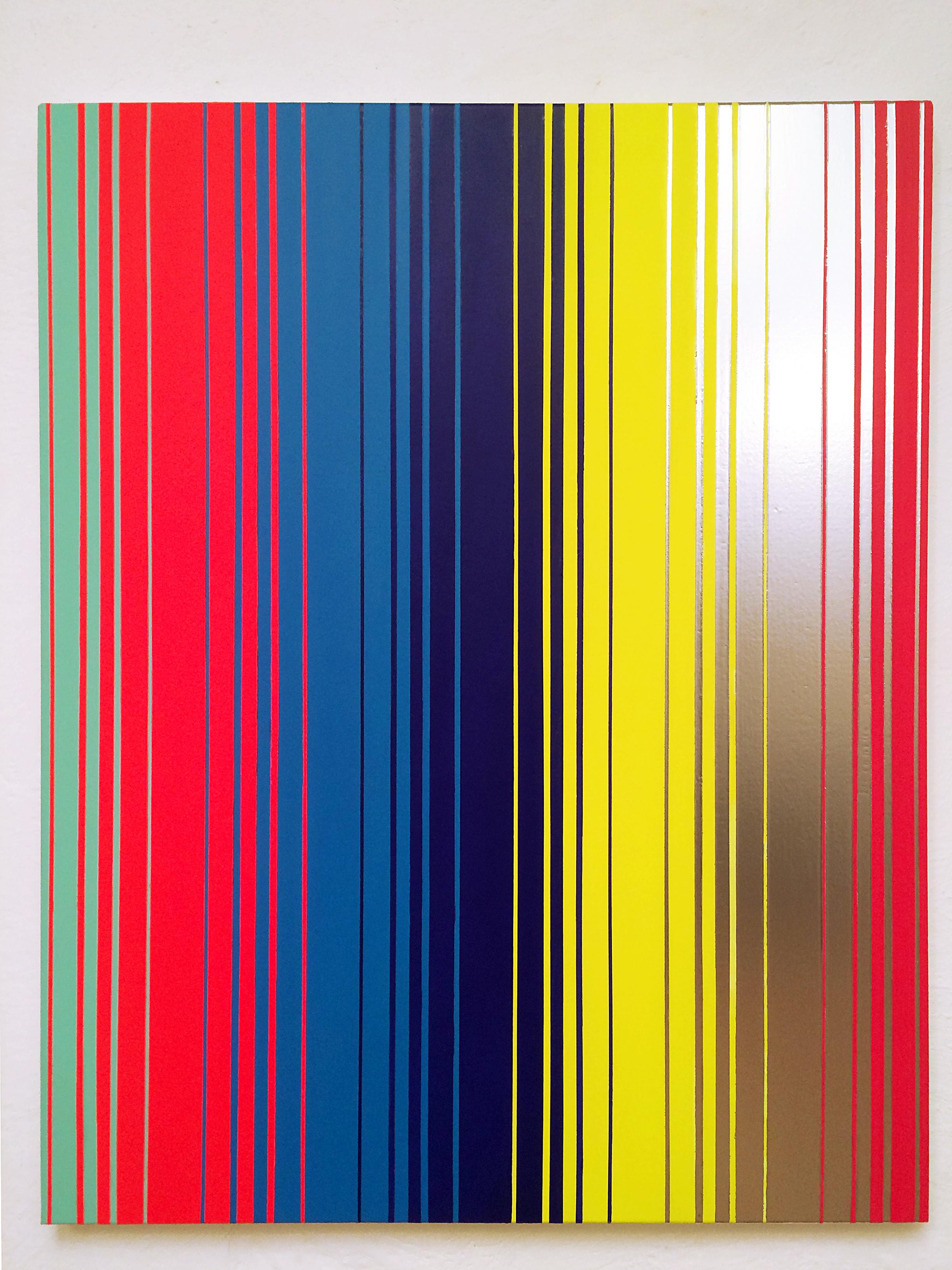 MEXICAN SEQUENCES is a solo exhibition of the French-Mexican author Paul Muguet. This show presents his most recent work, made between 2015 and 2016.
This series is inspired by textile methods used in Saltillo (Mexico) for the development of sarapes.
From there on, he has developed a personal sequence in which vivid colours have been freely interchanged to create visual vibrations.