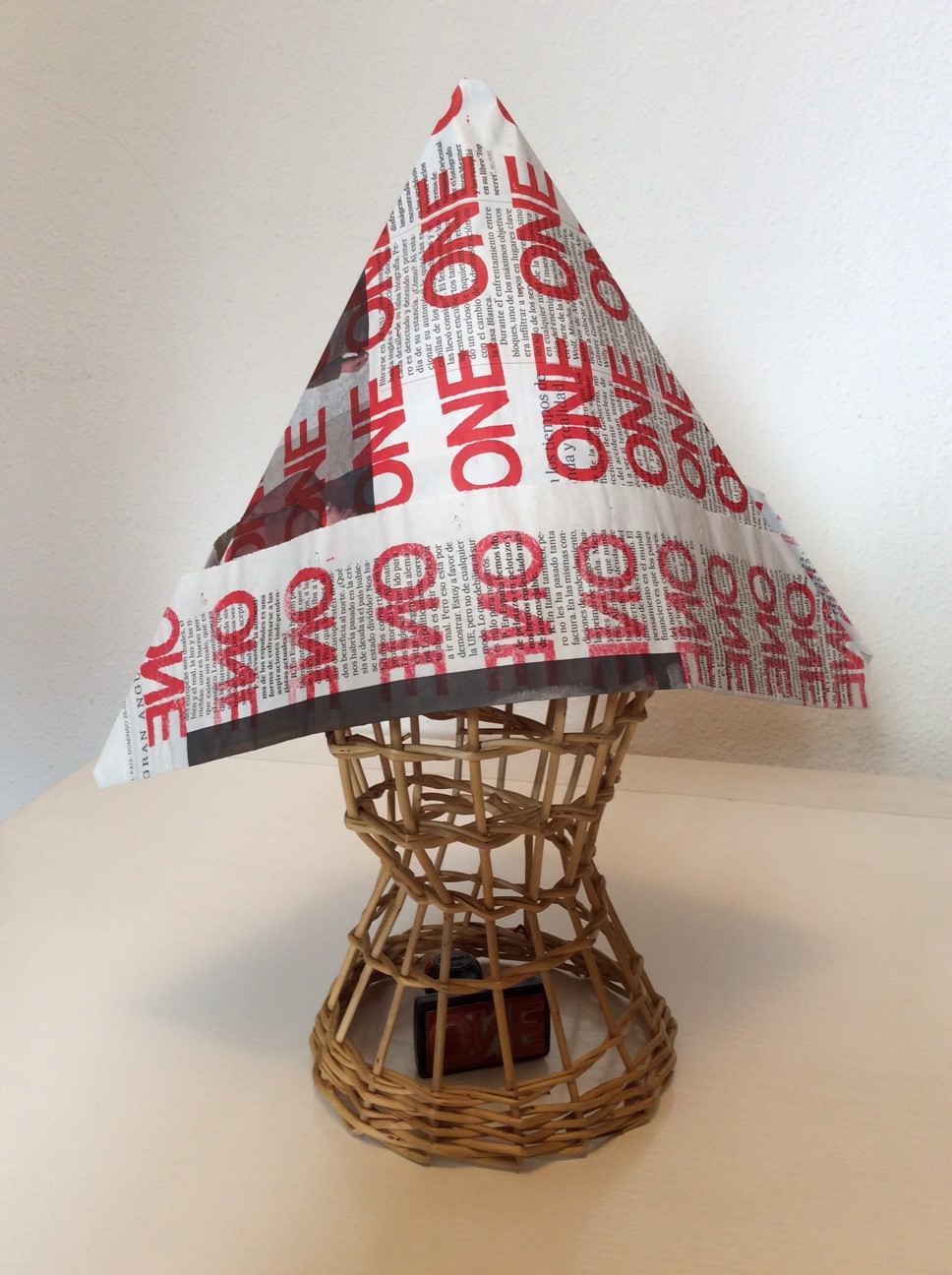 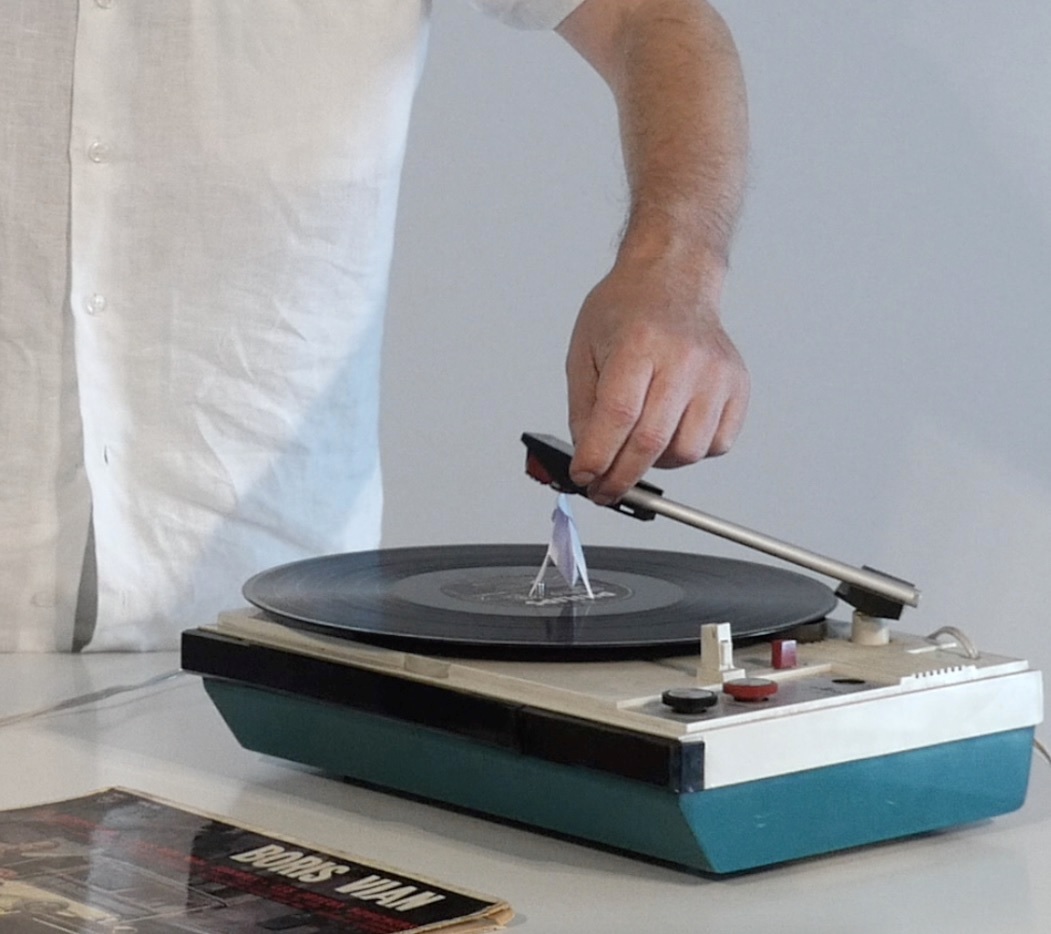 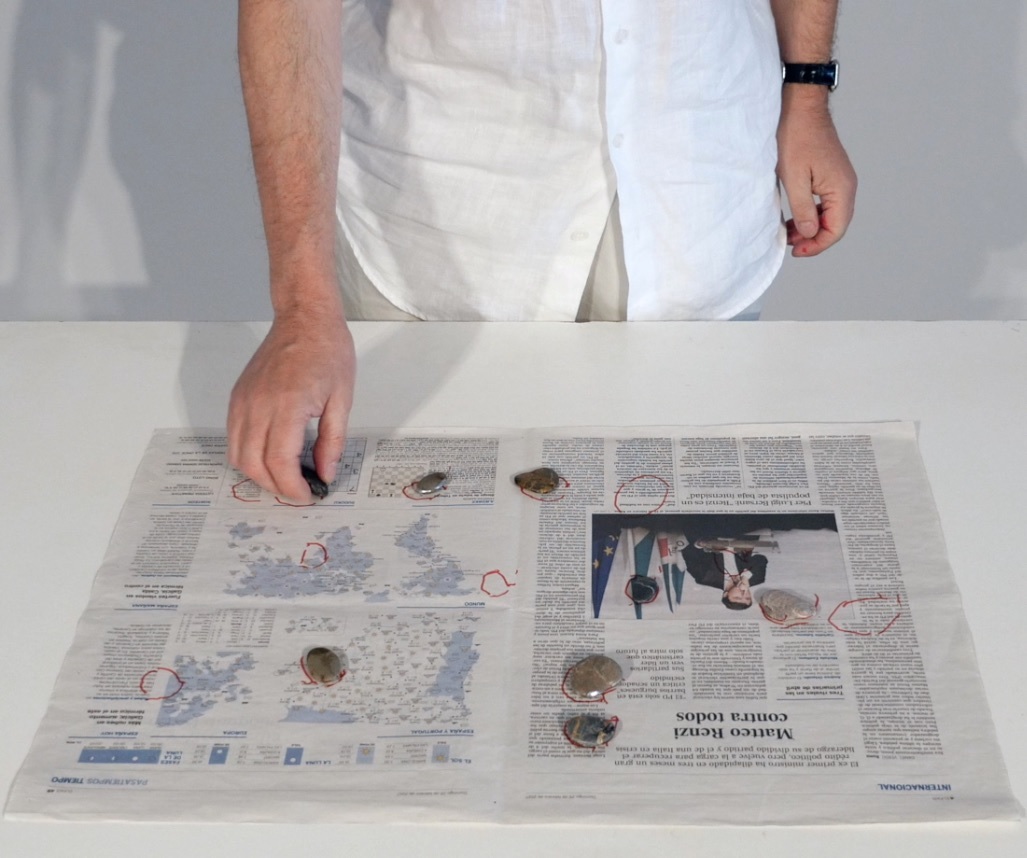 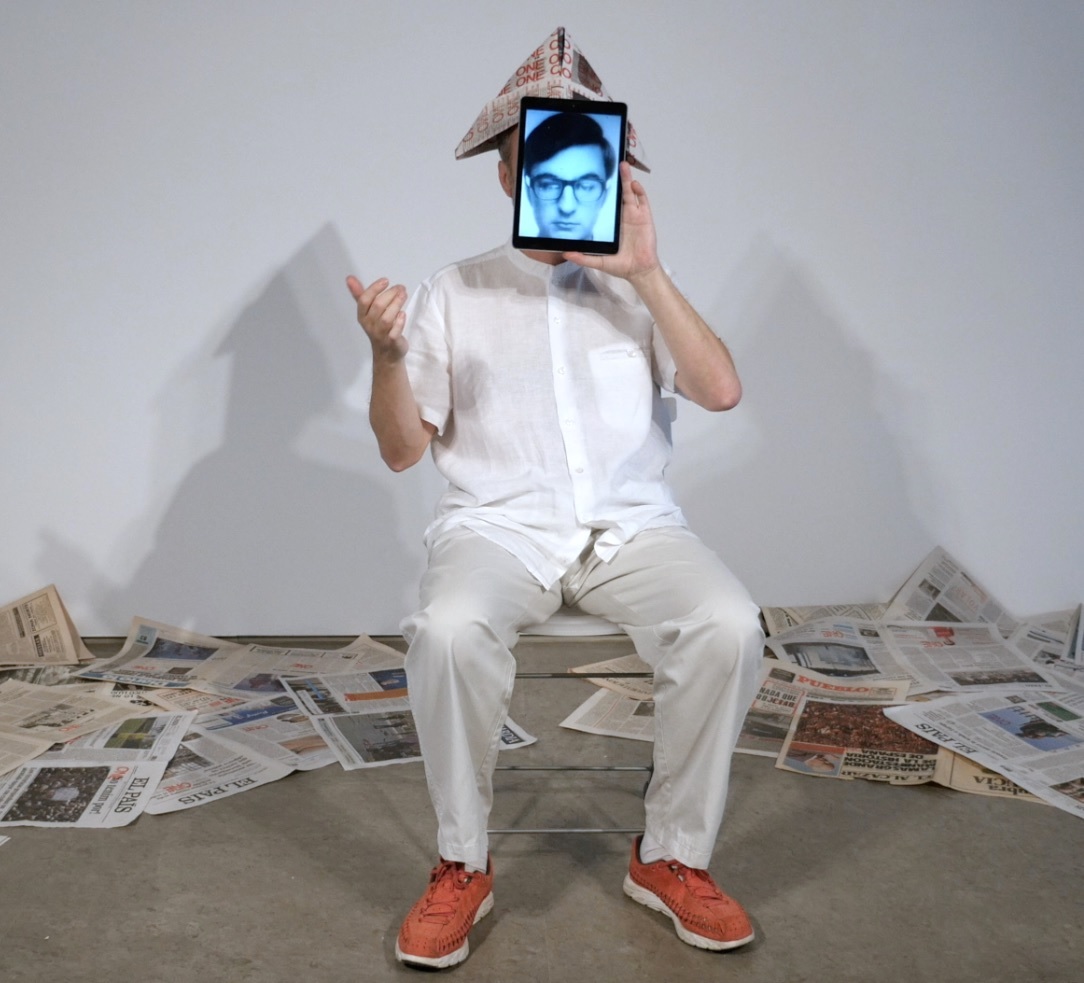 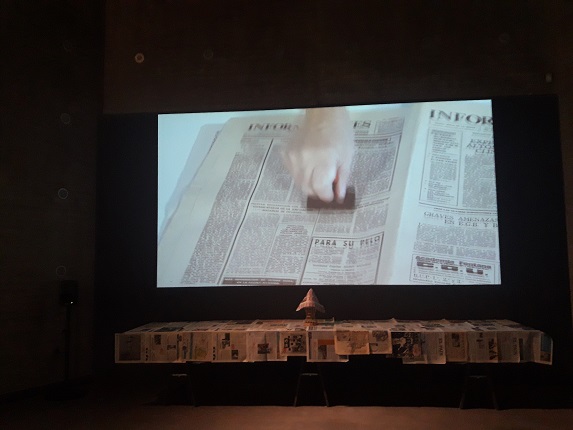 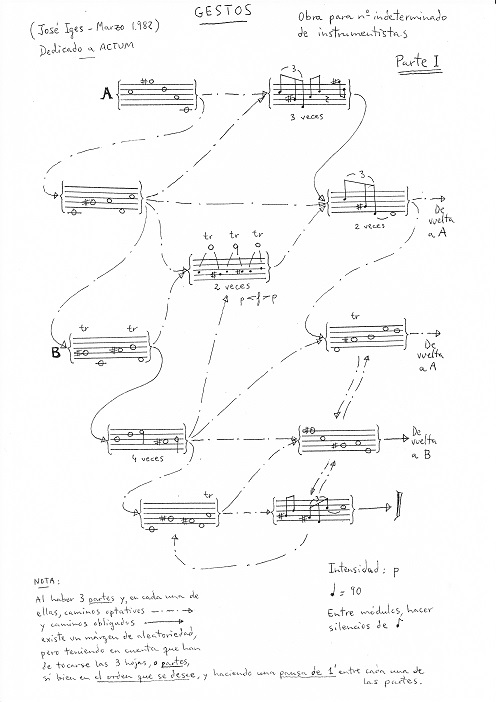 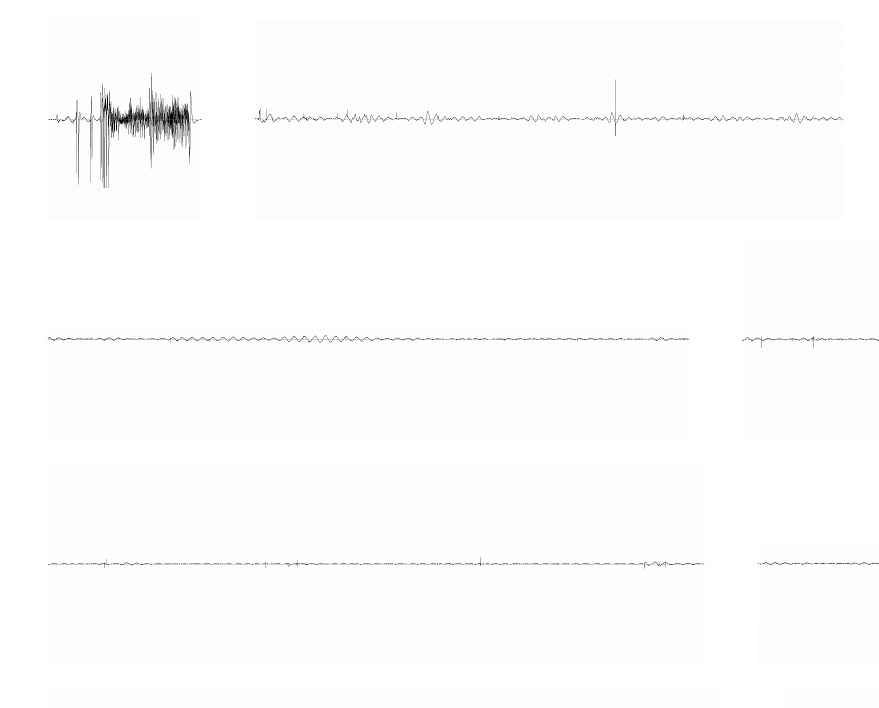 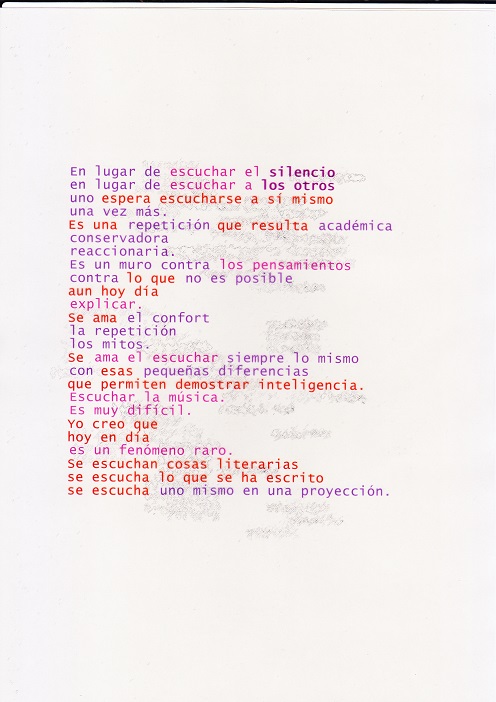 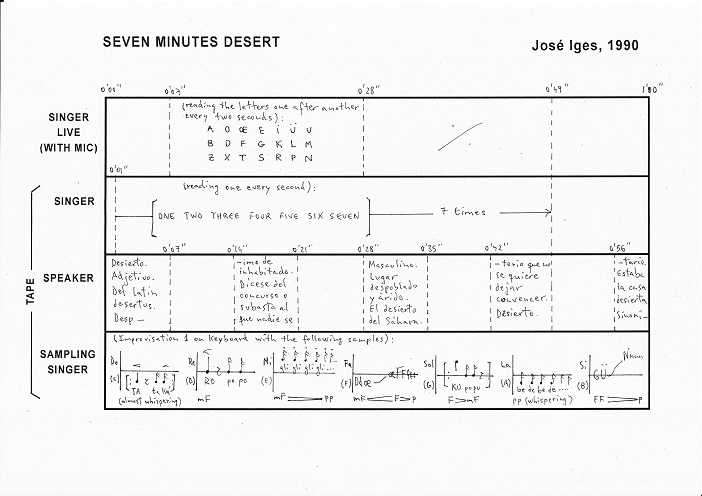 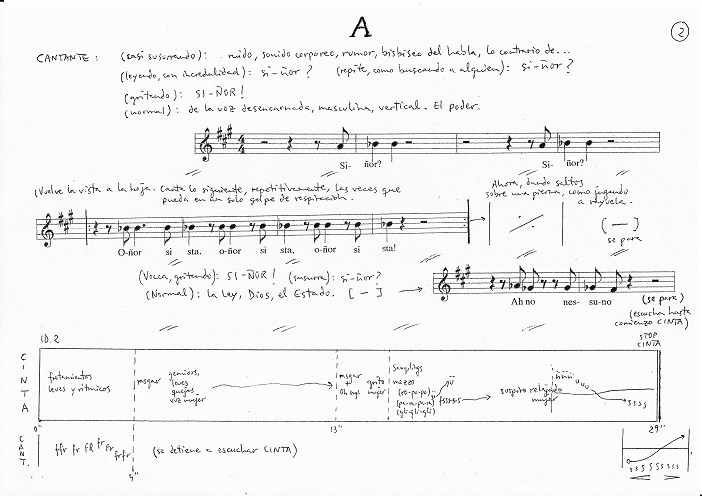 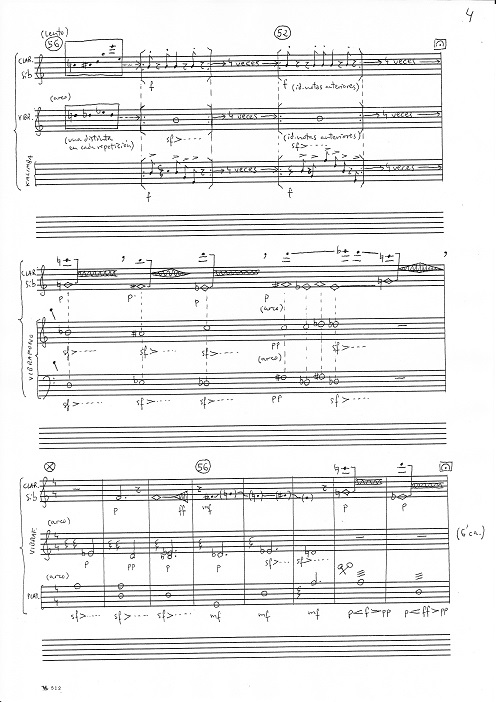 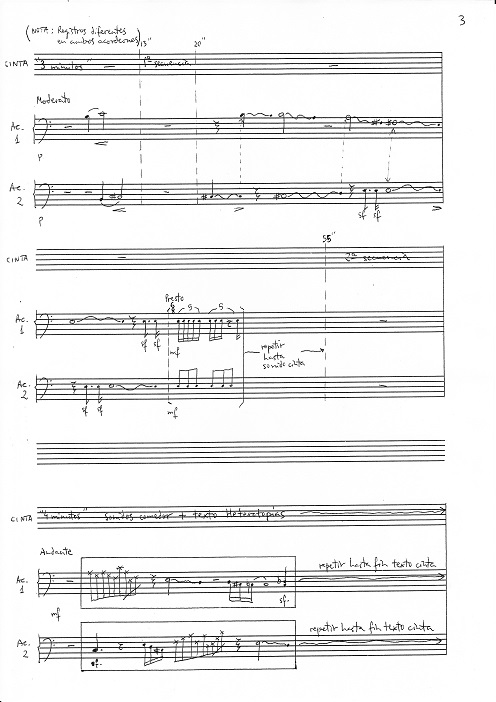 The "intermedia" practices have been making their way into the gallery world, as well as poetry, performance and different aspects of sound art and experimental music. This exhibition is nurtured from its title, since it includes works that present the visual linked to the sound in the individual work of the composer and artist José Iges.

His work is bounded by an art practice since the 80s, through which he experimented with electroacoustic media and instrumental music in interaction with live performers, different media and audio and visual media both analogue and digital, among which the radio as a medium must be highlighted, and the practice of installation and performance. In some of these fields his collaborative work for more than 25 years with the artist Concha Jerez is remarkable.

But Iges' artistic work has also been influenced by his work as head of the radio programme Ars Sonora -a reference point for the dissemination and production of sound art and radio art- between 1985 and 2008, by his membership of the international group Ars Acústica since 1989 and by his curatorial activity, a pioneer in Spain from the late 1990s to the present day in his commitment to sound art.

This complex and rich profile is shown in this exhibition through videos of creation, scores and different types of representations, media and objects, without forgetting the sound works related to all these materials, which the visitor can access in several ways.

Special mention should be made, as they were produced in 2017 for this exhibition, of the video actions in Searching for Infinity and In the Garden of Cage, as well as the intermedia video installation One+One Hundred. This is also the case of the creation and edition of the graphic work Dylan in Between, which comes from the sound work of the same name; a special edition of this work, dated 2001, has also been made on a limited edition translucent vinyl disc.

Also on display are diagrams and scores that stand out in his compositional journey: Gestures (1982), for an indeterminate instrumental group; Autoritratto and Seven Minutes Desert (both 1990), which combine sound poetry with electroacoustics; and scores for soloists and recorded digital or live electronic media, such as Tejido en el aire (1988), Cristal II (1990), Azione-Reazione (1995) and La Isla de las Mujeres (1996), some of which are also proposals for action in the concert space.

Listen to "Dylan In Between"