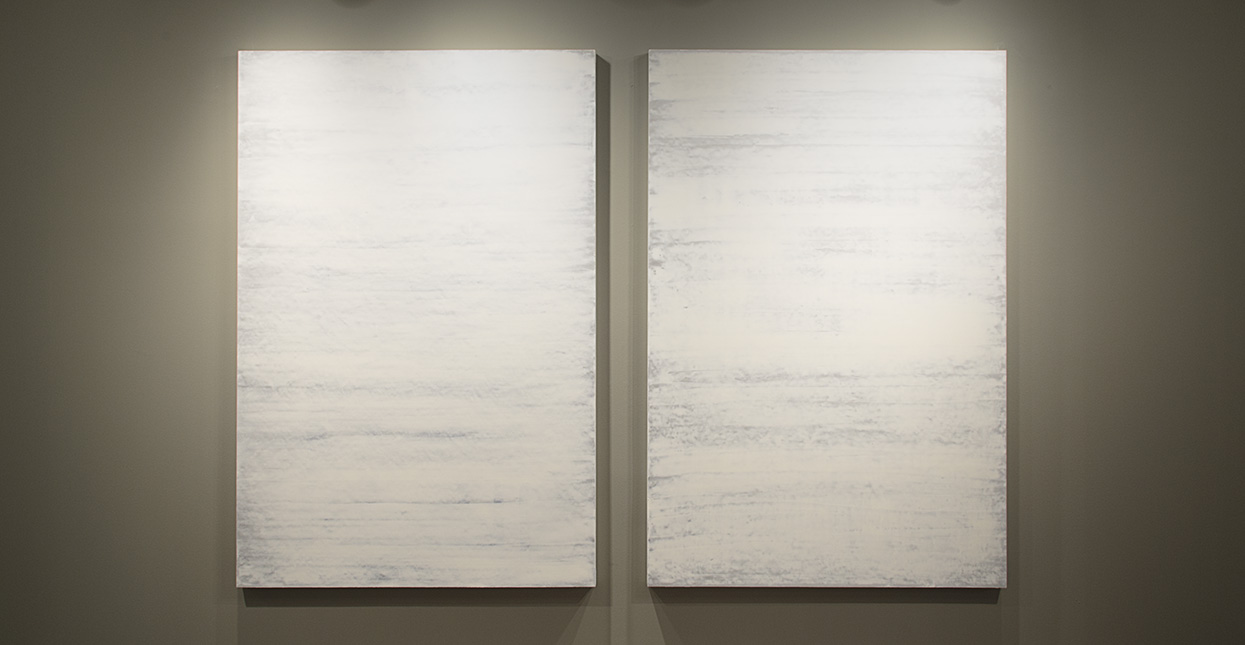 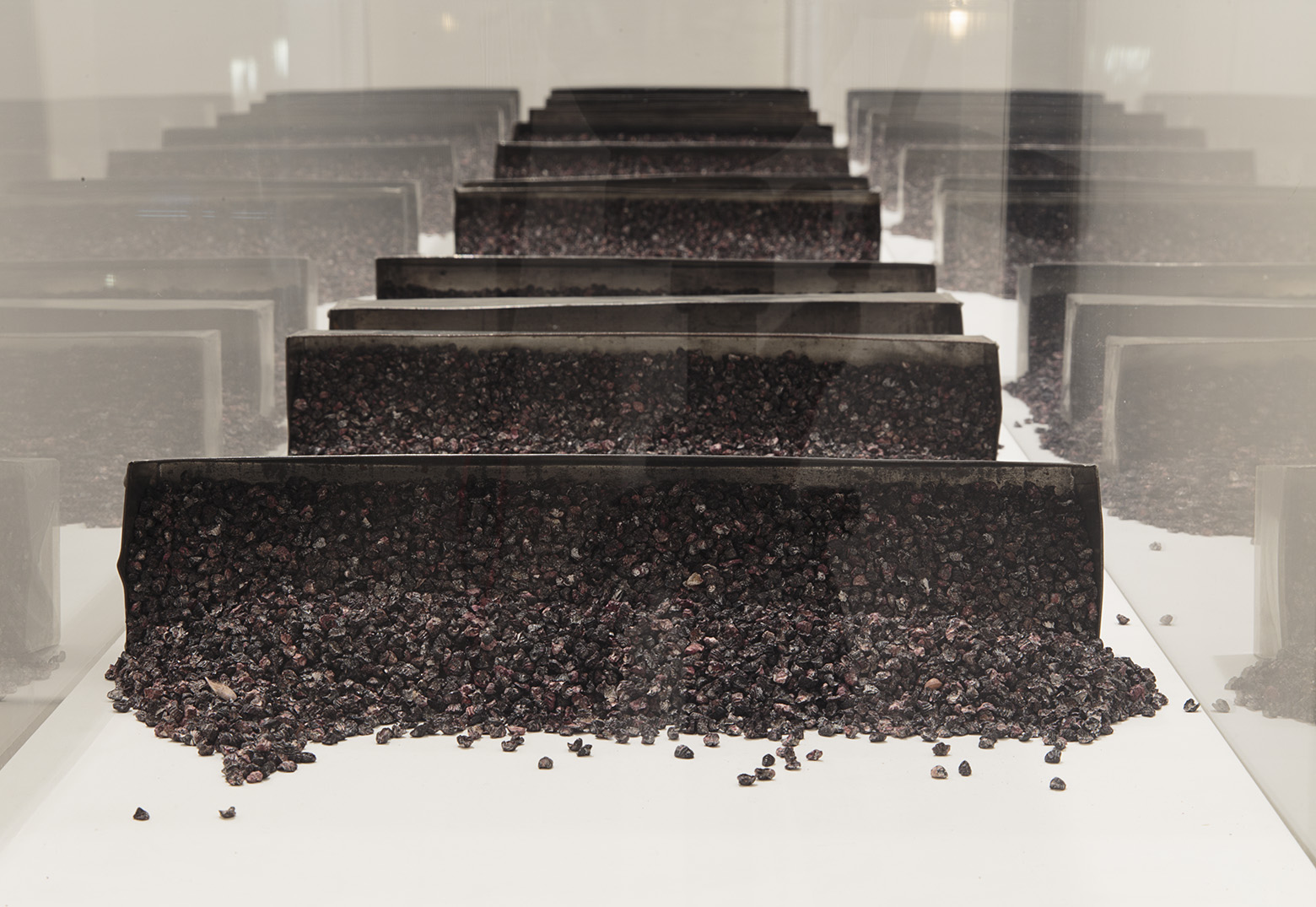 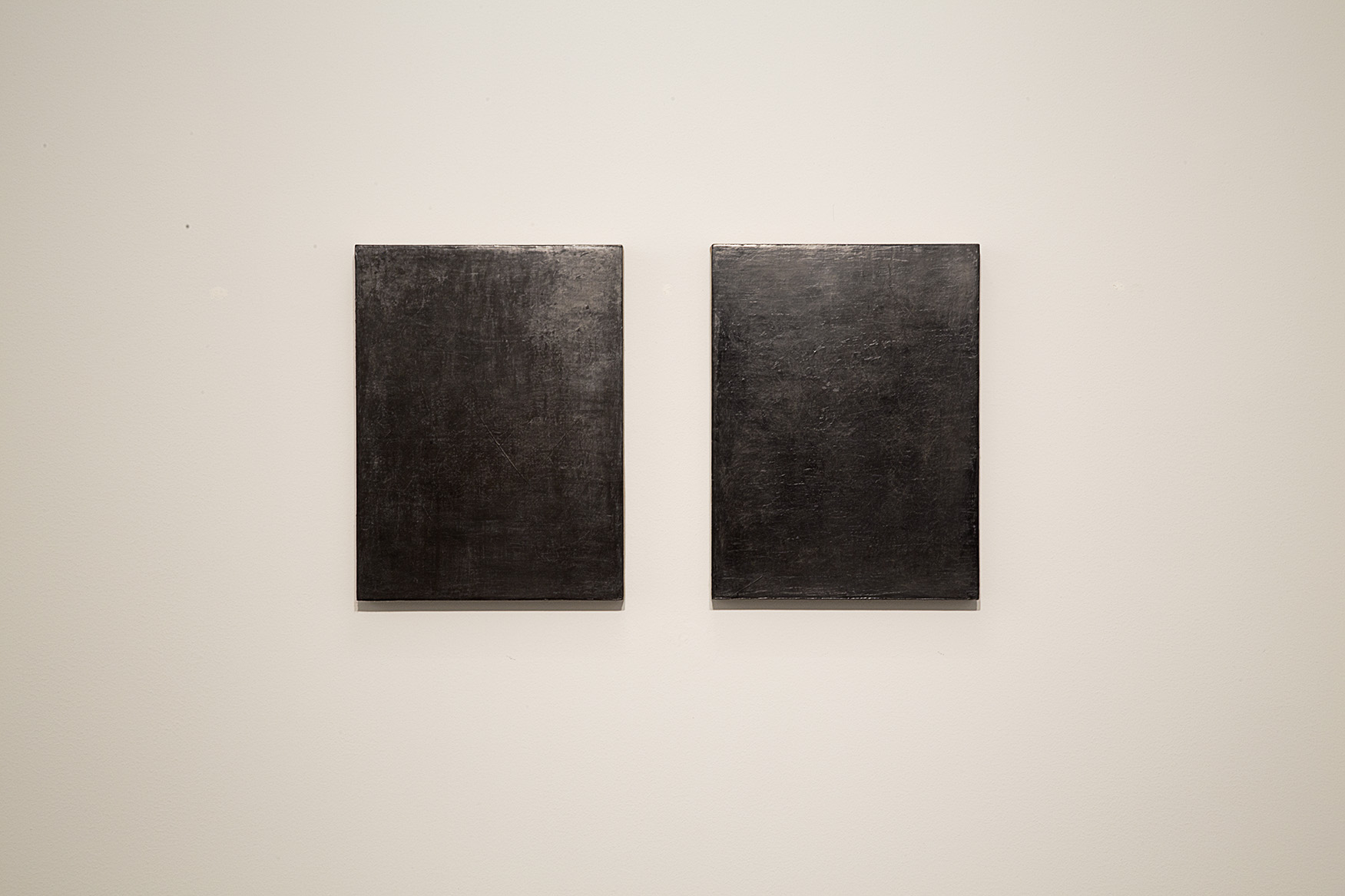 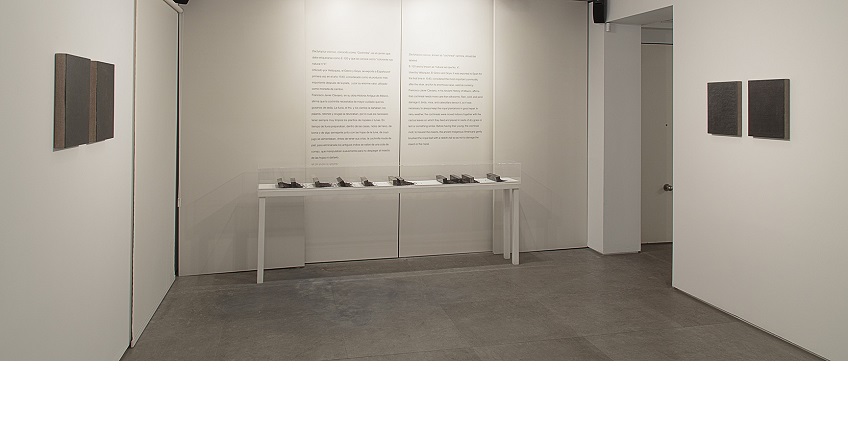 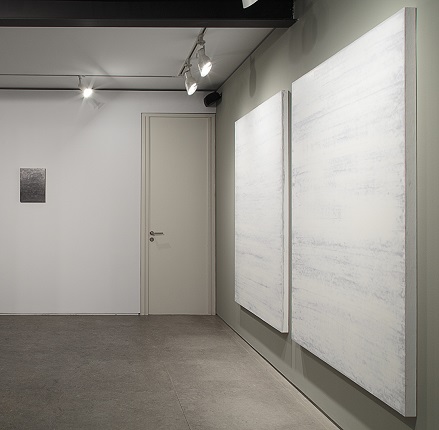 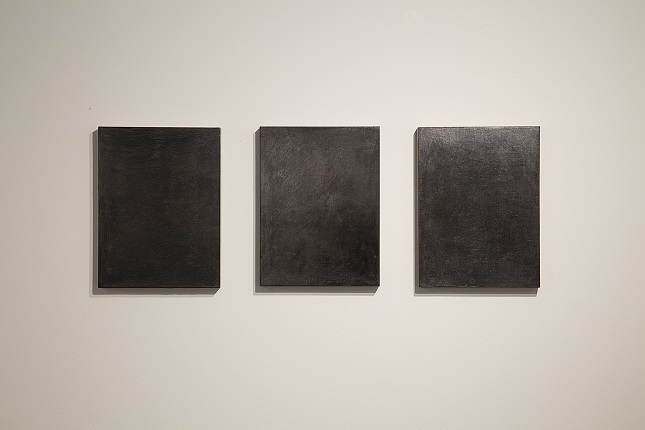 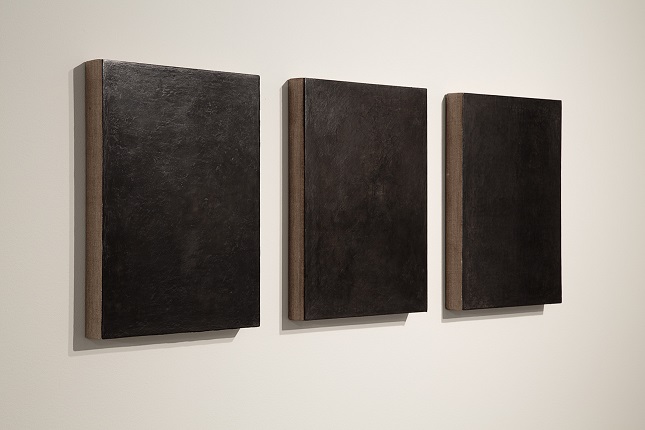 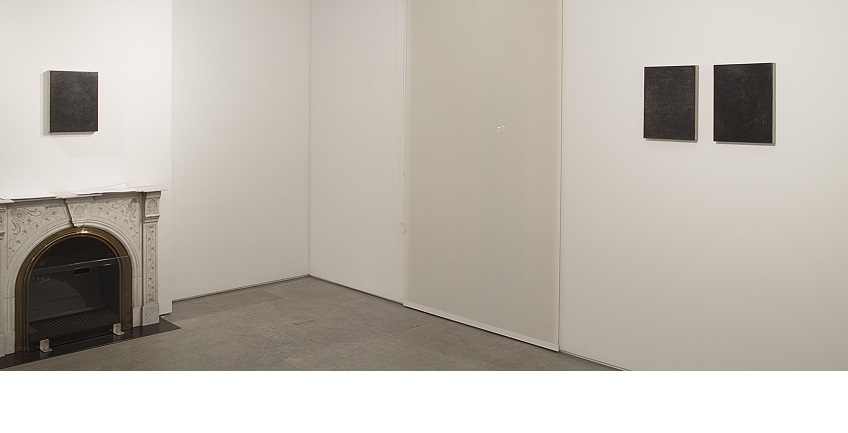 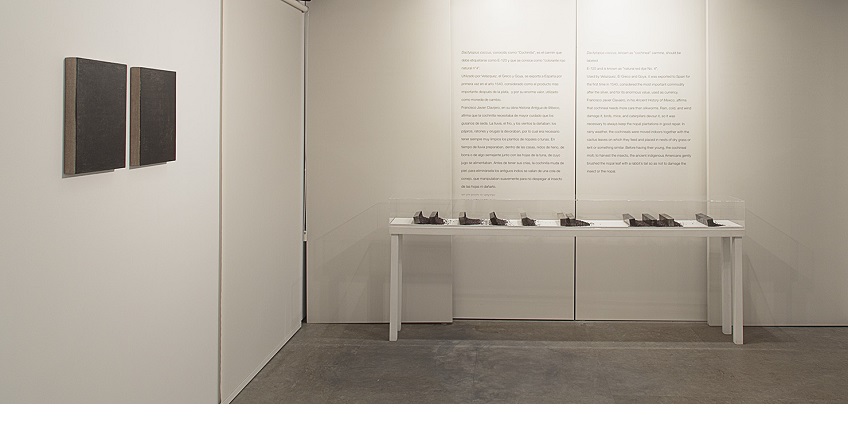 The Limit of Place

In The Limit of Place, Will Berry makes reference to subjective abstractions: light, time, space, and distance…

When a change in the surface of the work is observed or an awareness of some detail inside the layers of the painting surface, it is a unique moment, a change of light, the passing of time, that references a circumscribed space in which each second creates a new world; and the work, in its capacity to reflect light, functions as a mirror.

The series in graphite, Untitled, can be seen as a group of mirrors, cloned in size, with dense, obscure, black surfaces that recreate Aztec obsidian mirrors; their function is to capture light, movement, and space within the limits of the materials.

The drawings that are found in the interior of each work can be read as the dead, buried, lying below multiple layers of varnish and graphite.... Hidden drawings, which, if they do emerge, are fragments to be sensed but not identified.
The drawings in these works are a presence that is not possible to capture with a camera. Almost imperceptible, they remain hidden. Therefore, only in shadow and light are they captured and only in part, a nuance within limits.

The two large panels: lead white over aluminum leaf in one, and lead white and carbon over aluminum leaf in the other, are also mirrors, and for their sizes, allow another experience. The light is reflected from inside the surface and against the aluminum below it. The change in oxidation when lead and aluminum come in contact speaks about material reality and the creation of a third composition.

The concept, The Limit of Place, expressed within its own limits, also relates to mestizaje: an original creation, a consequence of the mixing of blood and cultural philosophies. After two or three generations, the new culture no longer sees itself in ancestral roots-colonials- bound by the limits of a new identity.