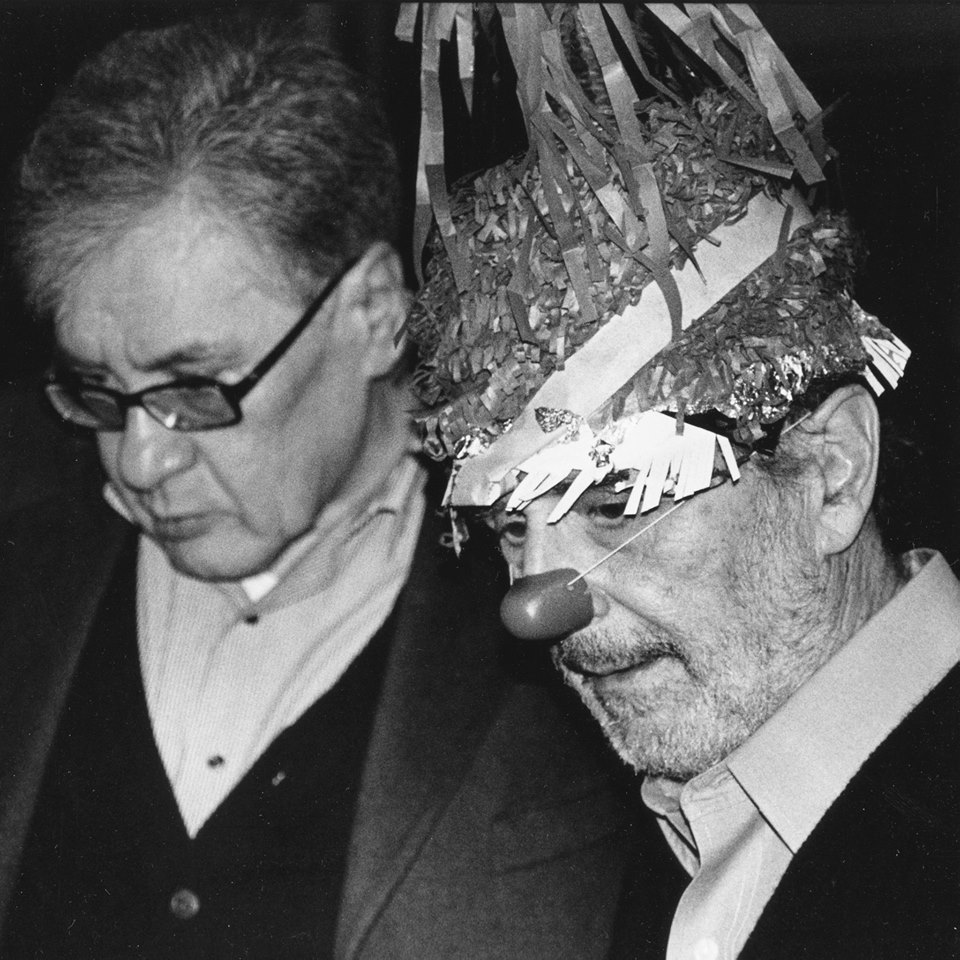 Photography in Vicente Rojo's studio in Mexico of the artist with José Emilio Pacheco. 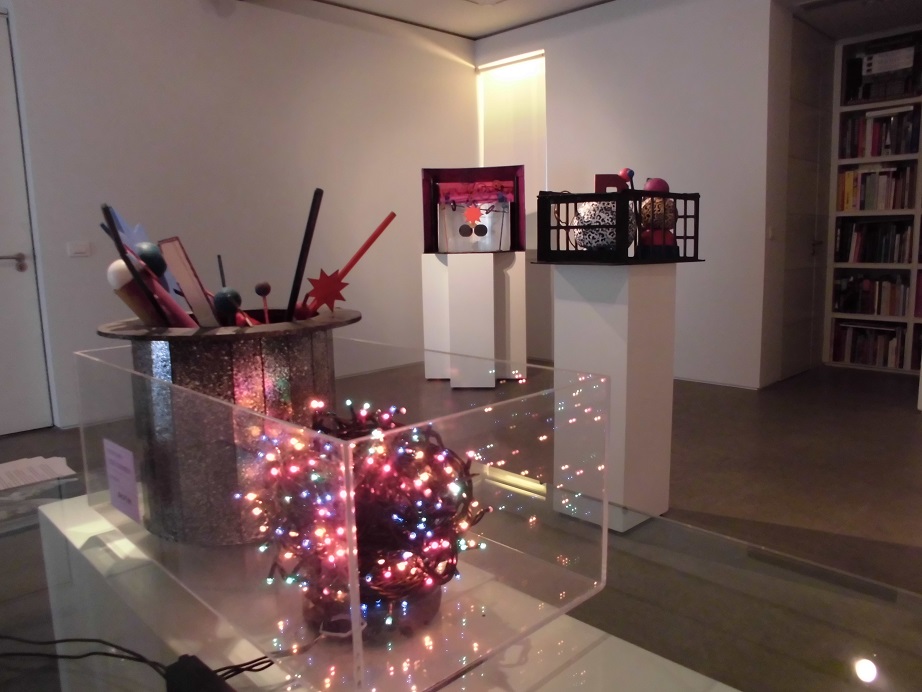 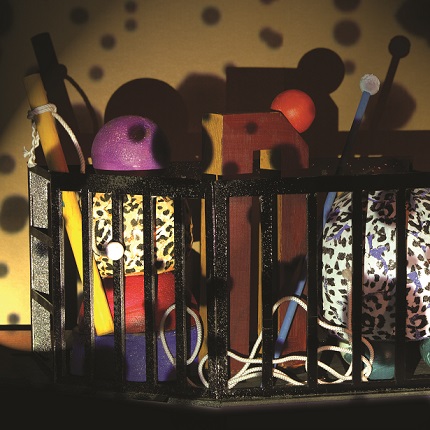 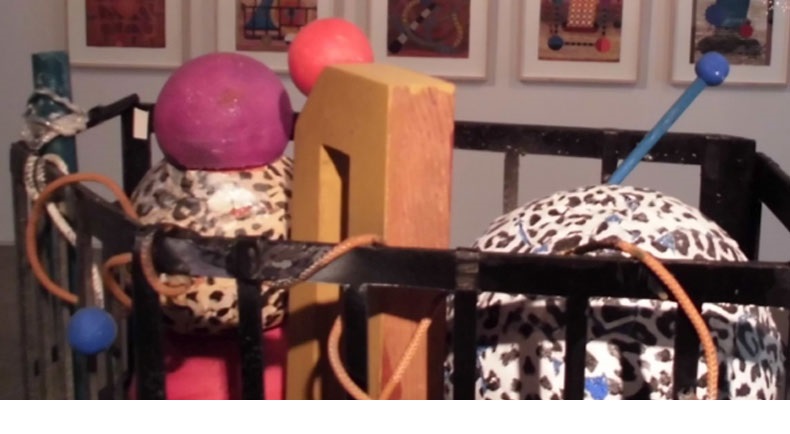 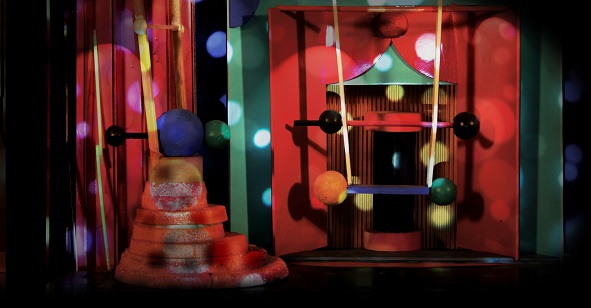 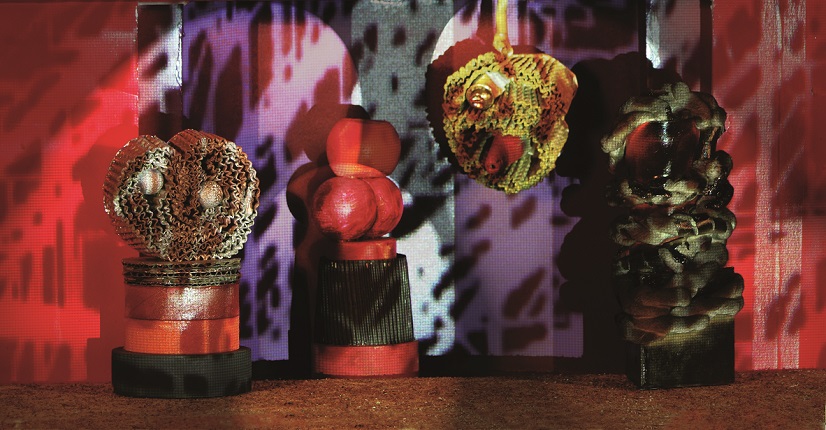 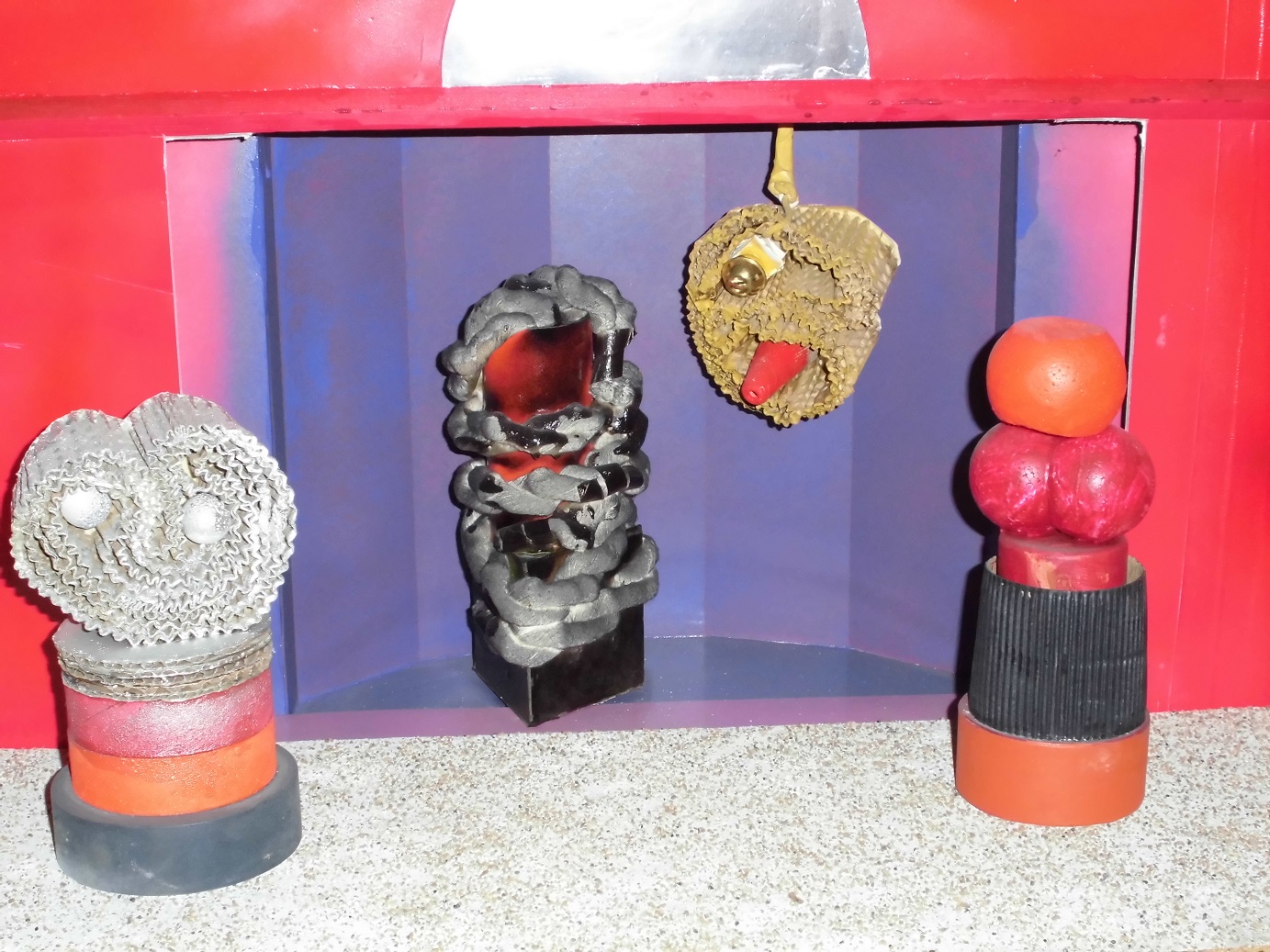 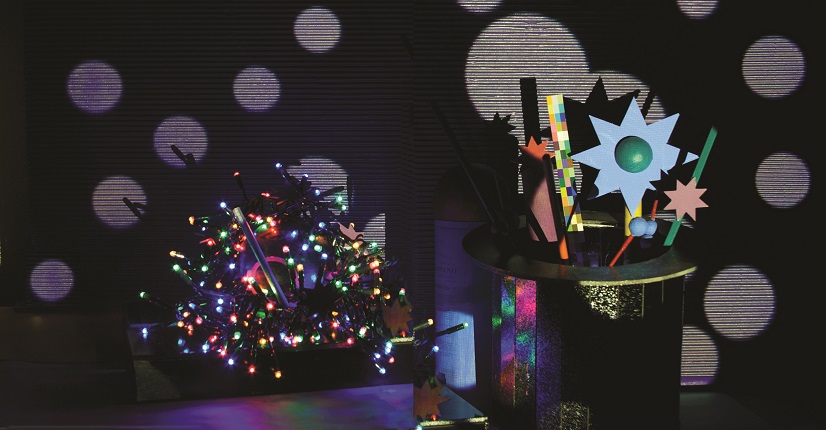 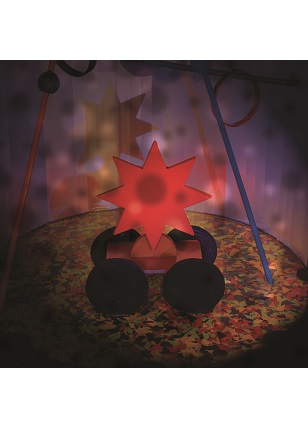 "Circus. Vicente Rojo and José Emilio Pacheco" (20 September - 20 December 2012)
Plastic-poetic exhibition, presenting paintings and sculptural installations by Vicente Rojo in dialogue with poems by José Emilio Pacheco. Works made in Mexico in 2010-11. Book published in Mexico in 2011 by Ediciones ERA, available at the exhibition.
On November 10, 2012, the cultural supplement BABELIA, of EL PAIS , dedicates a review to this exhibition, written by Fernando Huici, in recognition of our exhibition.
Freijo Fine Art Gallery presents a project by the artist Vicente Rojo and the writer José Emilio Pacheco "CIRCUS"
The exhibition will feature a set of gouaches and sculptural-architectural models by Vicente Rojo, inspired by the world of puppetry and the circus, made from lightweight materials, in unique colours and with sinuous shapes. Works that reinterpret the torn verses of "Circo de noche", by Mexican writer José Emilio Pacheco and give off nostalgia, mystery: dialogues of lyric and plastic arts, poetry and colour.
About "Circo de noche" and "Circo dormido"
The origins of "Circos" can be traced back to 1994, when Ediciones ERA (Mexico) published "El silencio de la luna", by the writer and poet José Emilio Pacheco (Mexico, 1939), winner of the 2009 Cervantes Prize.
This book of poems is where Pacheco's twelve poems that make up the Circo de noche cycle first appear, a disturbing critical reflection on the human condition and the time in which we live. "Pacheco uses this metaphor to show a mirror in which we all reflect ourselves: the tamer, the trapeze artist, the clowns, the Siamese, the contortionist, the bullet man, the illusionist, etc. We readers are beasts of that circus cut with the same scissors. That is our condition: to hurt others, to despise them, to make fun of them" (Extracted from issue #78, UNAM Magazine).
It was in 2010 when Vicente Rojo (Spain, 1934), inspired by these poems, created Circo Dormido, a series of pieces (gouaches and models), "toys among shadows", as he defines them, which enter into dialogue with the poetic compositions of Pacheco's Circo de noche.
From this union of talents in word and image, in lyric and plastic art, the project and the publication that complements it, CIRCOS, (Ediciones ERA, 2011), was born, bringing together the work of these two great creators, who are also two great friends.
Vicente Rojo, talks about "Circos"
*Fragment of an interview for El Economista (Mexico)
"(...) Why did you decide to enter into a dialogue with Pacheco's poems?"
"I've always been close to his poetry. I consulted with José Emilio; he told me that the group had a very special unit and that he would like me to do something.
"I thought that a series of images on paper was not the only thing I wanted to do. I began to see elements that I had in my studio to make constructions. I thought they would be few, but I realized that each poem needed an image - abstract, but with concrete visual references".