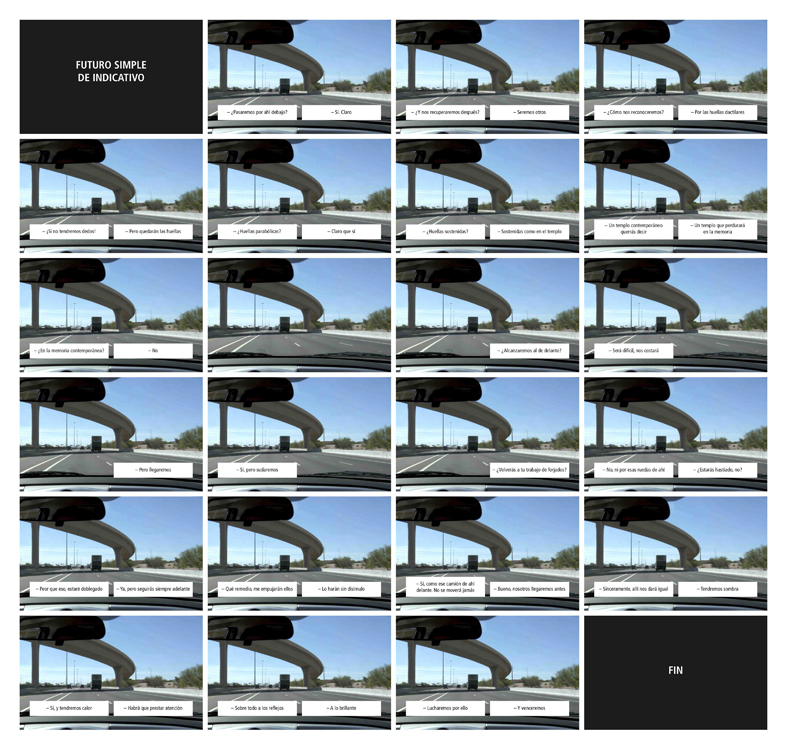 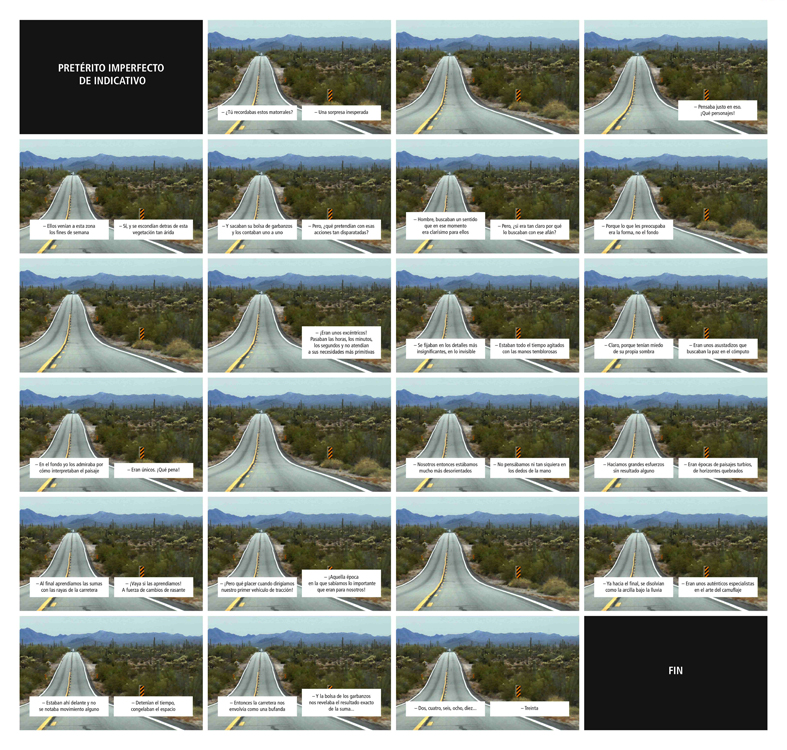 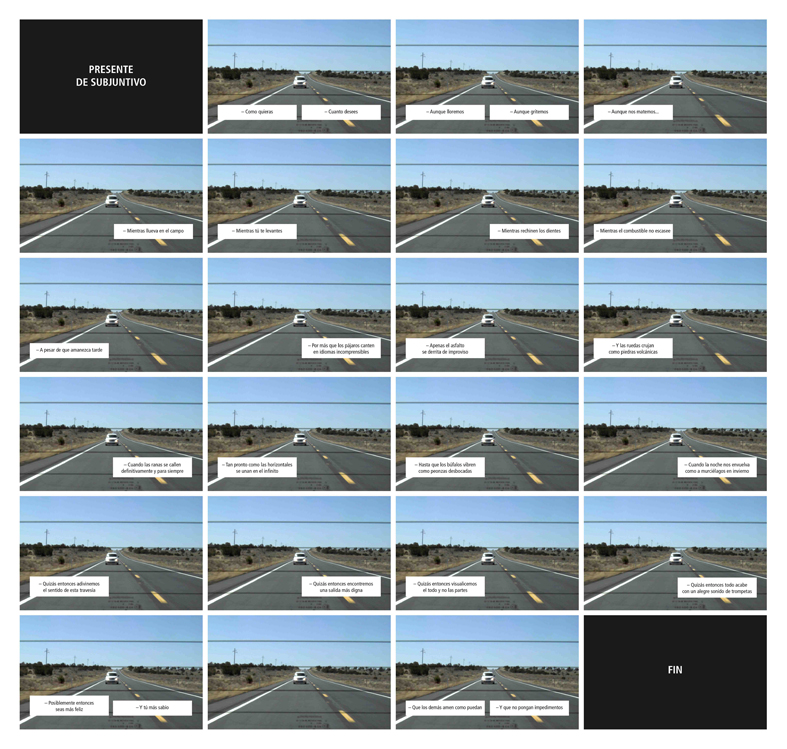 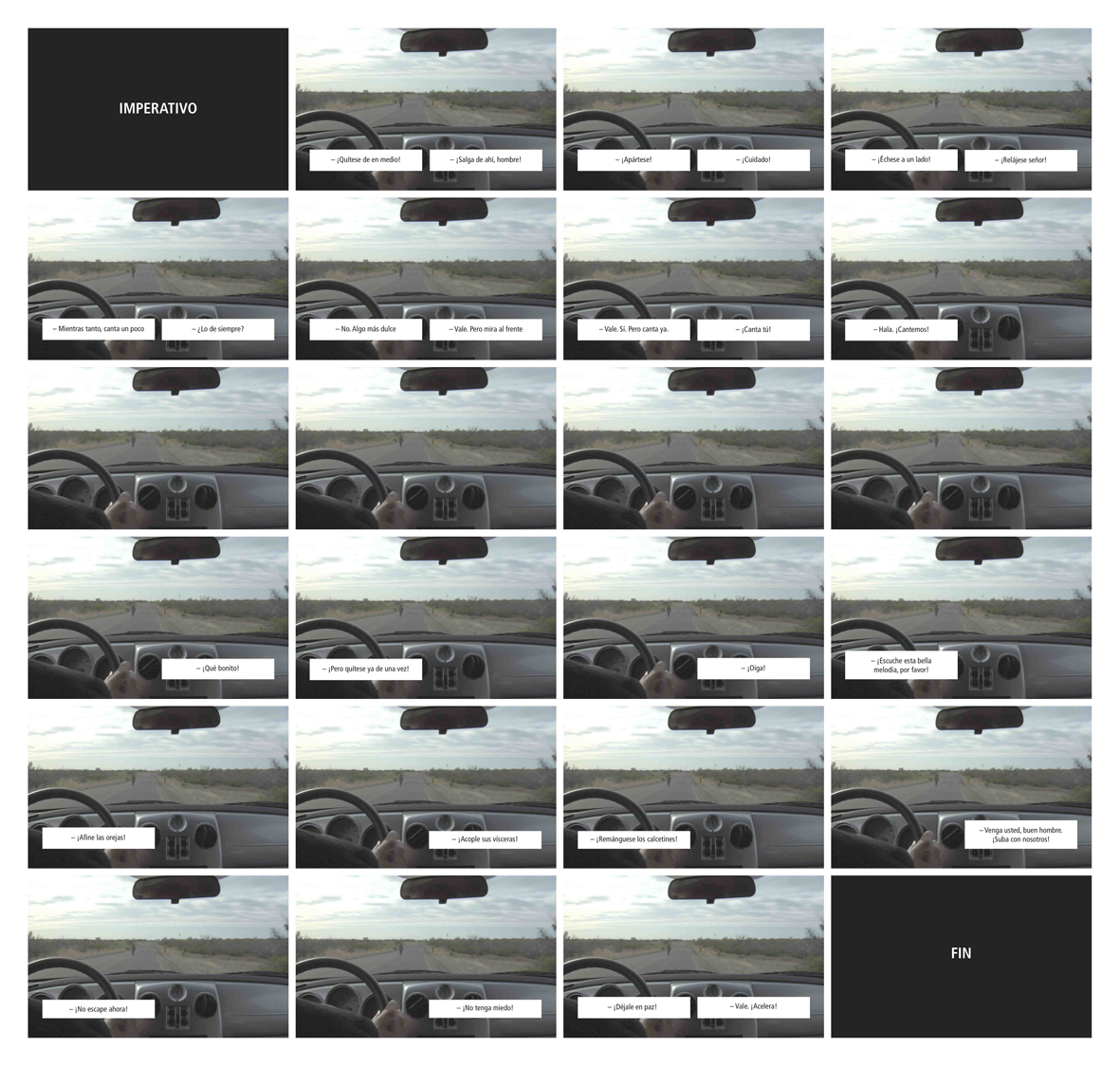 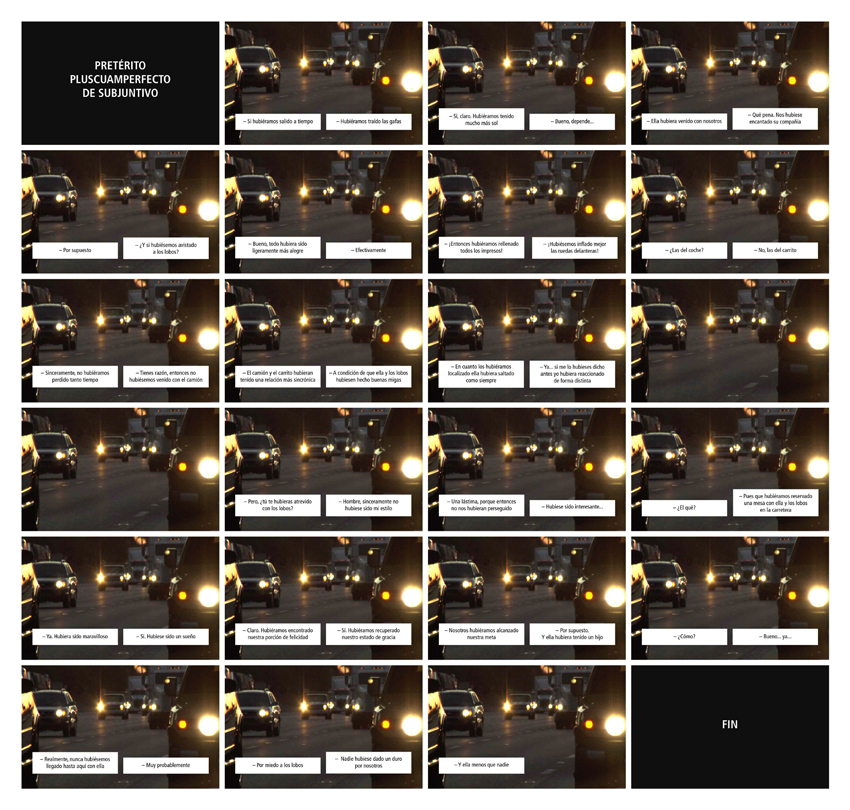 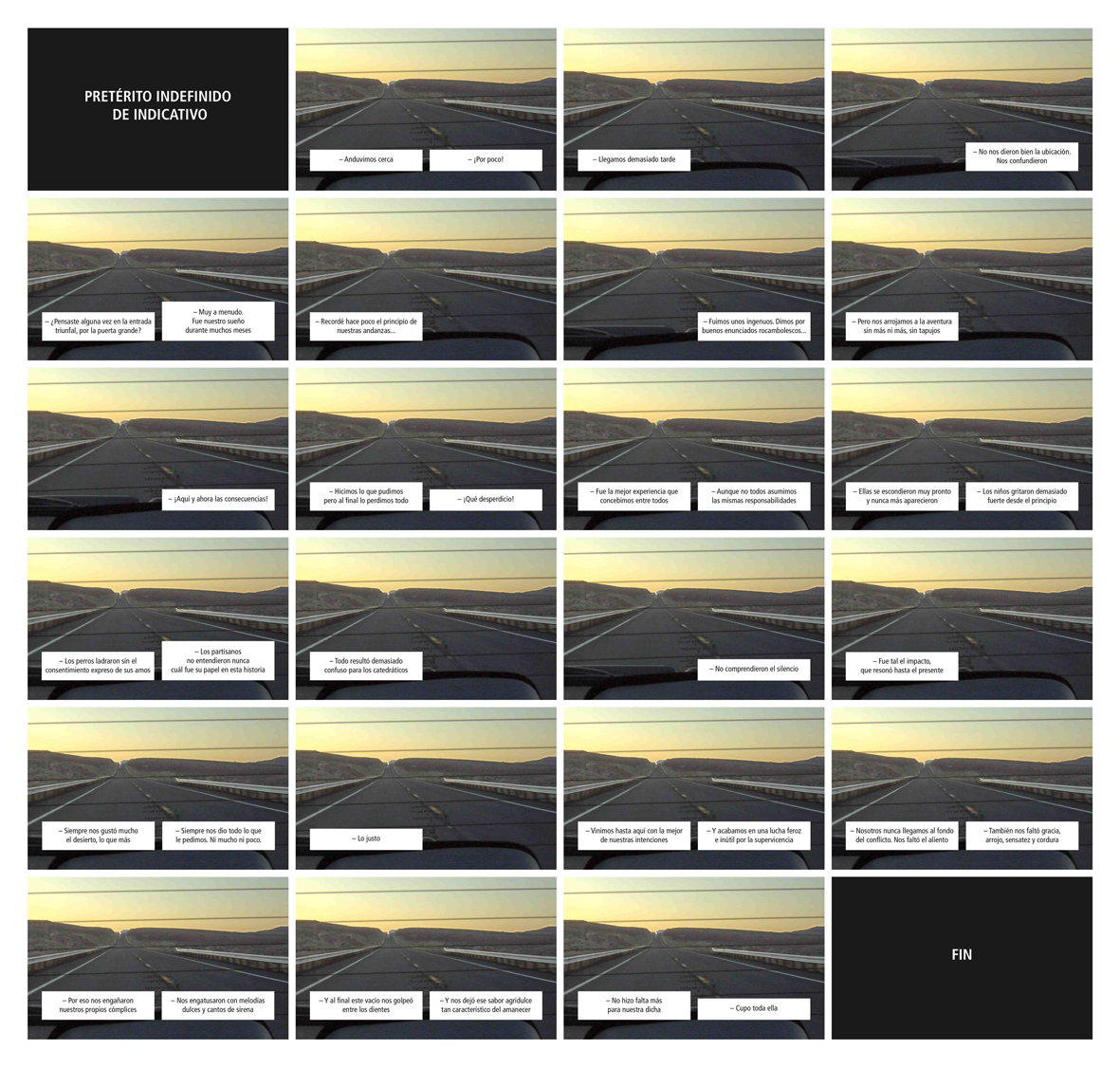 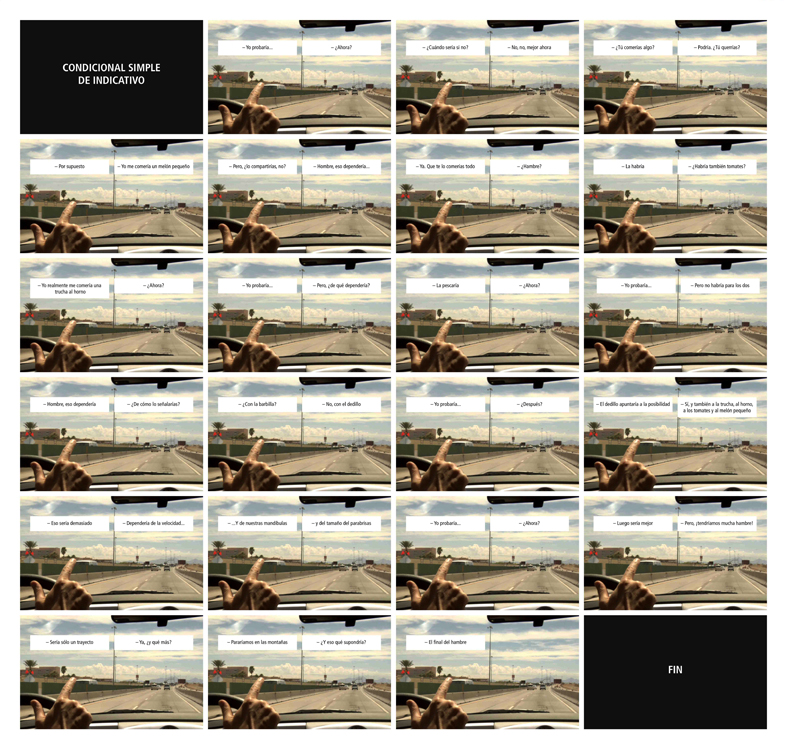 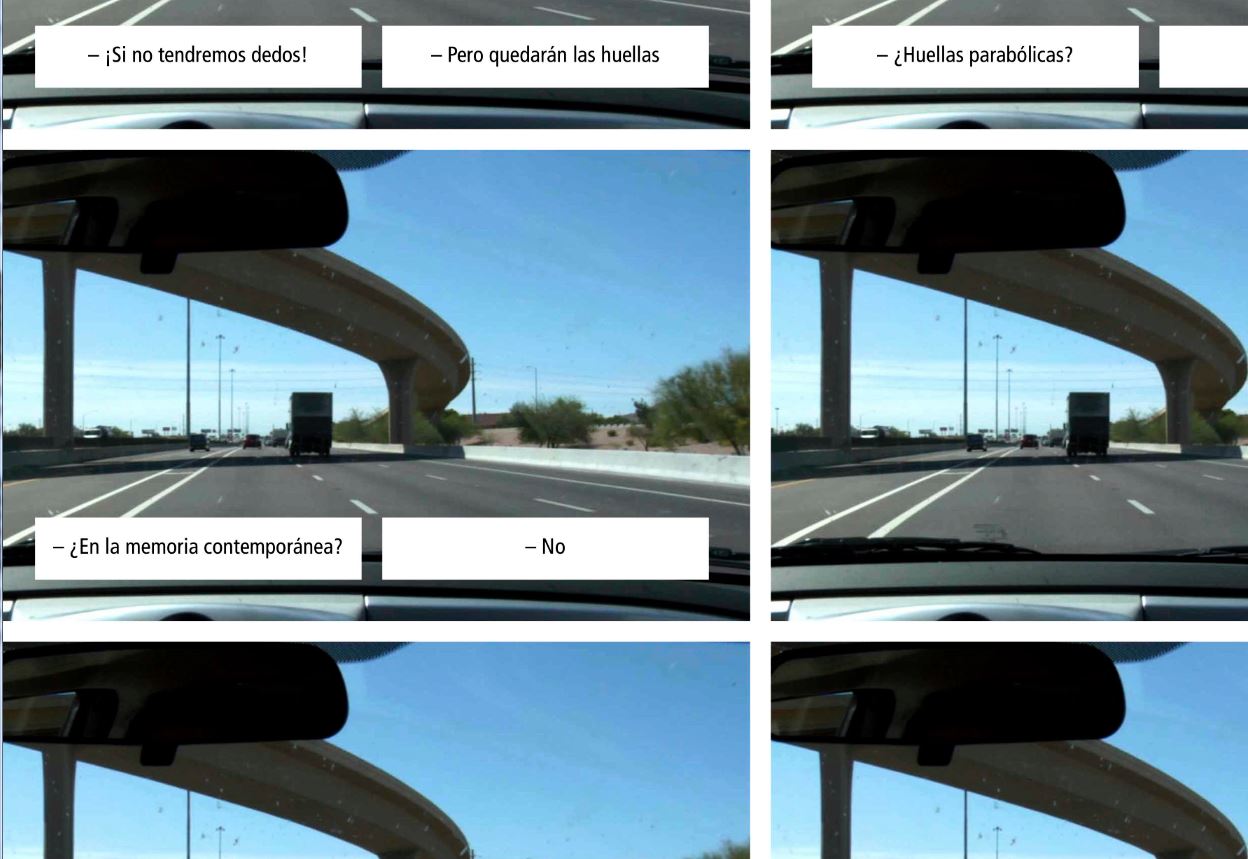 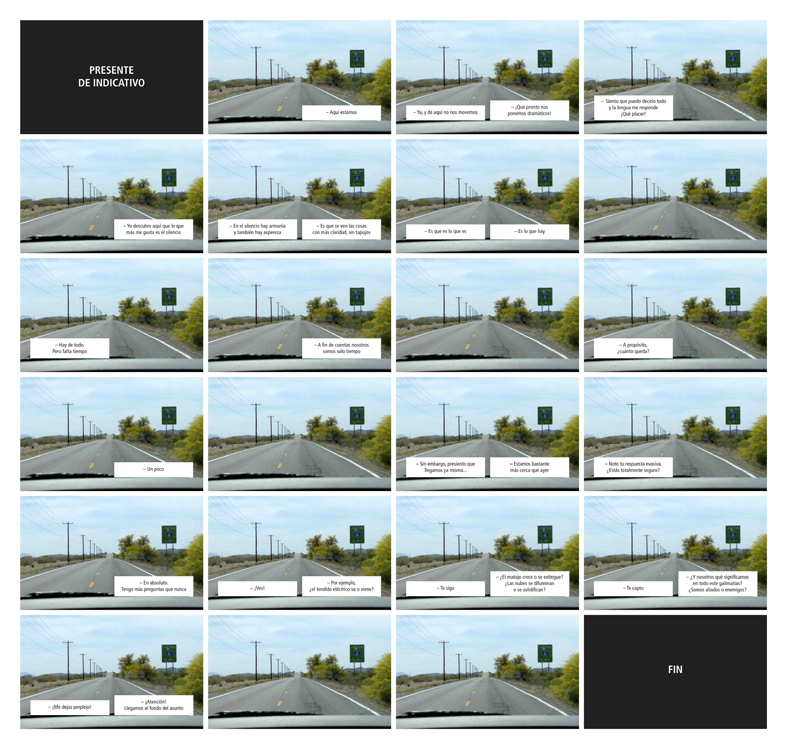 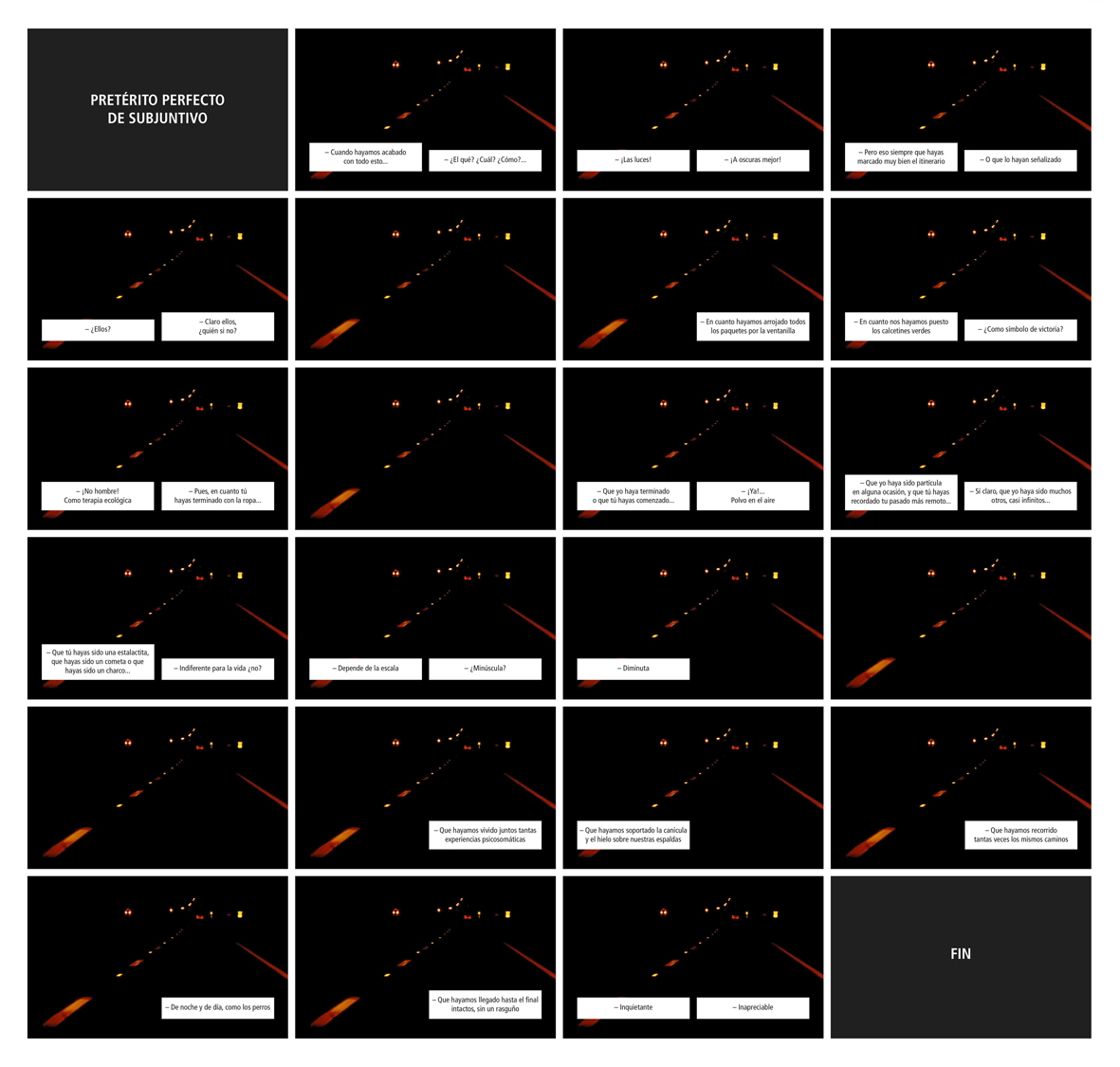 The opening of Los Torreznos' solo exhibition Verbal Tenses took place at Freijo Gallery on September 14. The show was part of Madrid Gallery Weekend’s program. In Verbal Tenses, Los Torreznos illustrate the story of a road trip across the United States. The narrative focuses on the dialogue between two characters who use a different verb tense of the Spanish language in each frame.

The Torreznos do not analyze reality; they present it in all its possible verbal forms: present, future, past, participle, gerund. Los Torreznos are not a noun, they are a verb that must be conjugated -turreznar, torreznado, torreznaré, torreznando.
Fragment of the text Escribir sobre Los Torreznos es fácil (Writing about Los Torreznos is easy) by Ferrán Barenblit.
Published in the catalogue of the exhibition presented in 2014 at CA2M.

Los Torreznos are a tool of communication about the social, the political and the most deeply rooted customs. Their work focuses on the translation of topics that are part of everyday life into contemporary language. The intention of their work is oriented towards research and expressive experimentation through simple forms such as gesture, language and presence. Forms, which in the first instance are accessible to anyone and not only to those specialists in the languages of contemporary art. They use humour and deal with contents that reflect what any person can experience. Their work is developed through various formats both in presence (performance or action art) and multimedia (video, sound pieces).

Although Los Torreznos was founded in 1999, Rafael Lamata and Jaime Vallaure have carried out numerous joint projects before that date. Likewise, Jaime Vallaure and Rafael Lamata have been founding members and active components of the experimental creation group Circo Interior Bruto (Interior Brute Circus) 1999/05 and Zona de Acción Temporal (Temporary Action Zone) (ZAT) 1997/98. Previously, each of them developed their own creative work.