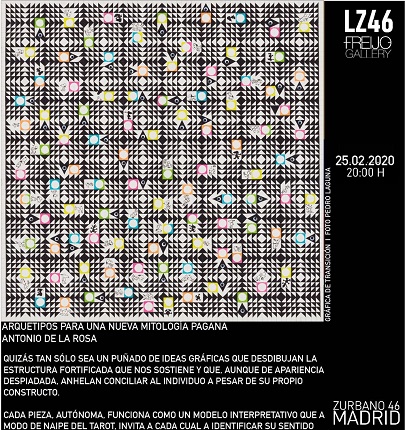 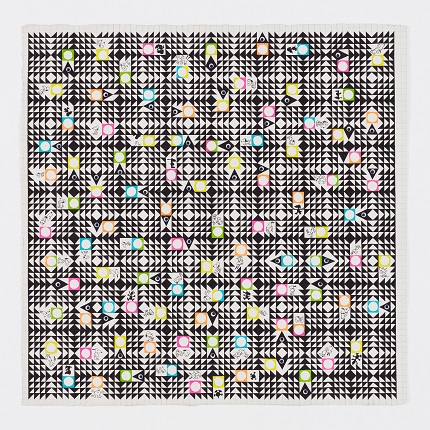 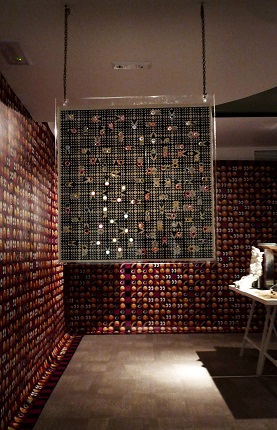 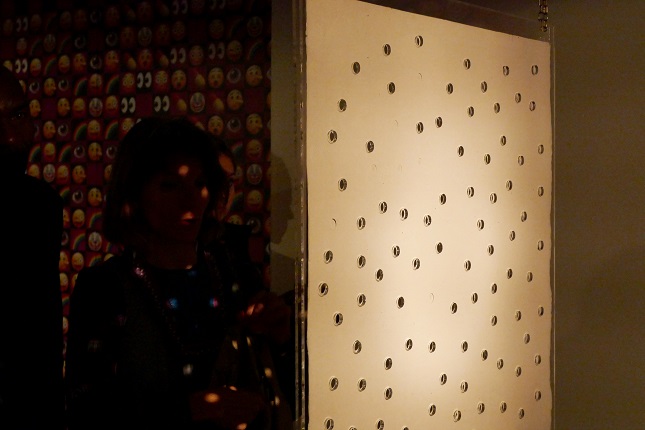 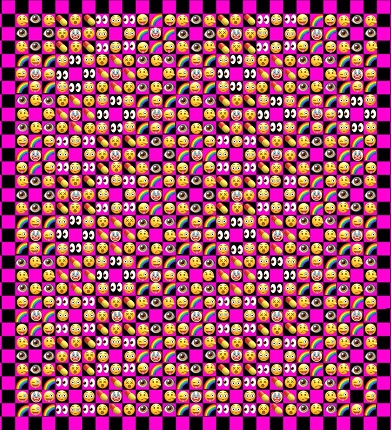 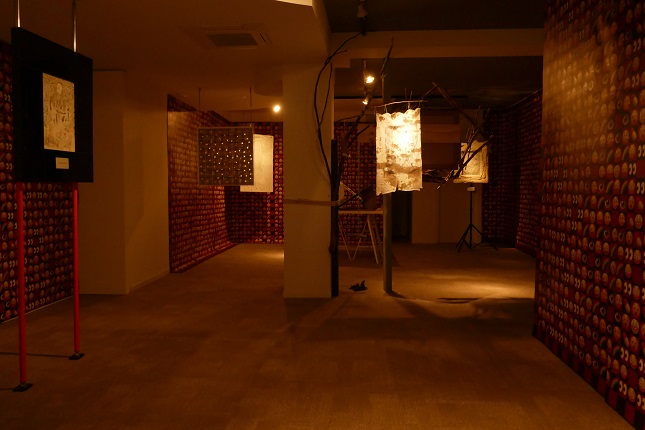 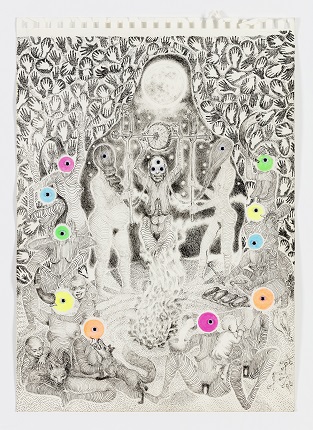 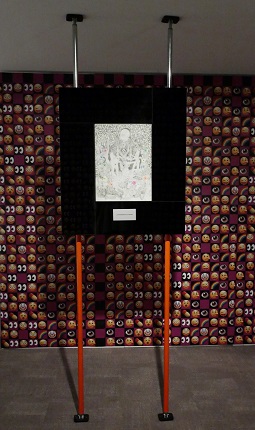 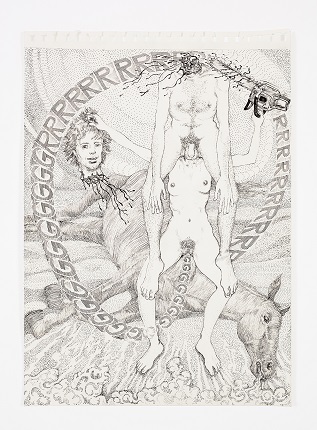 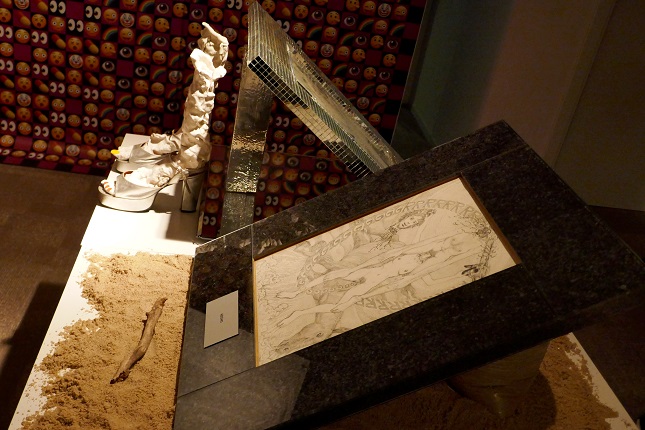 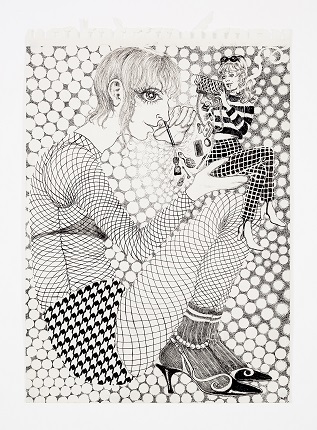 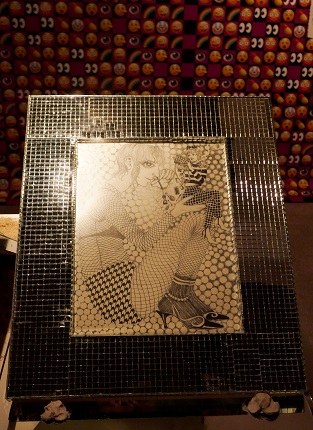 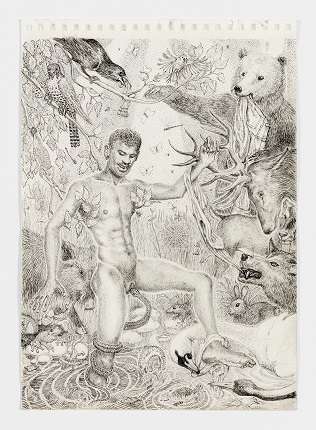 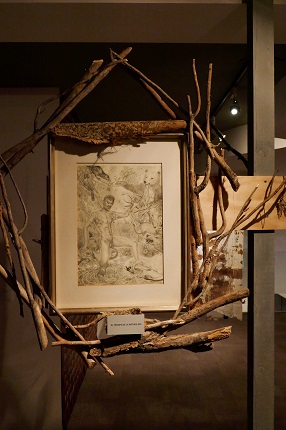 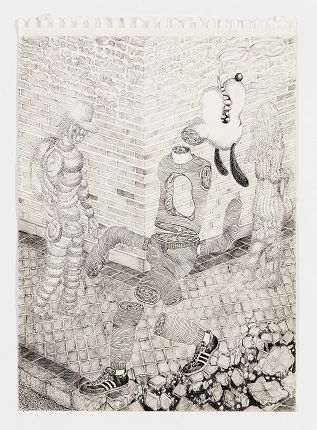 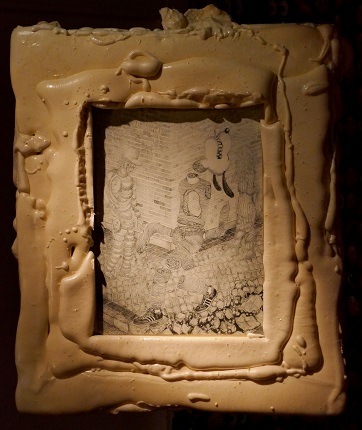 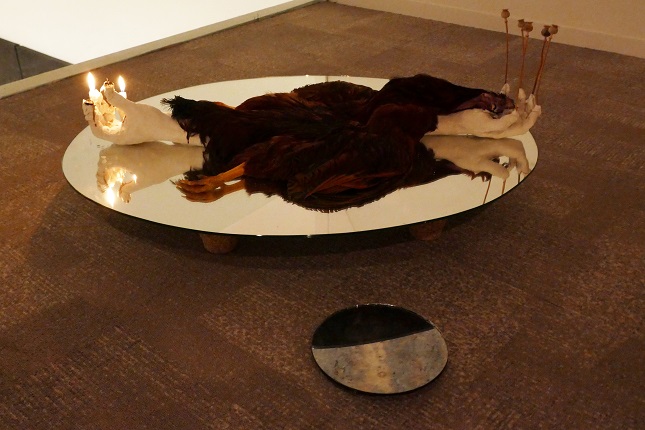 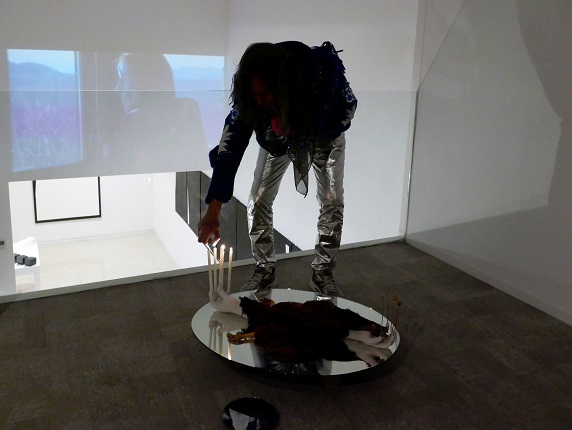 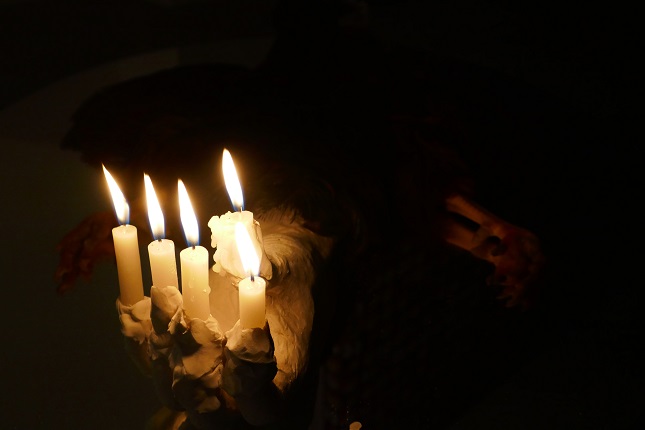 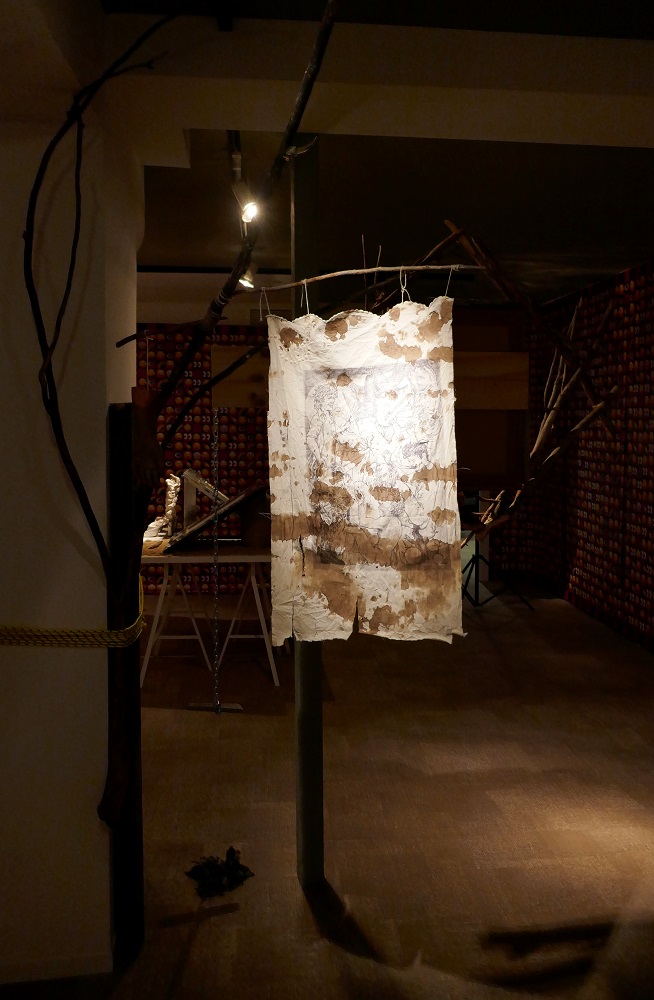 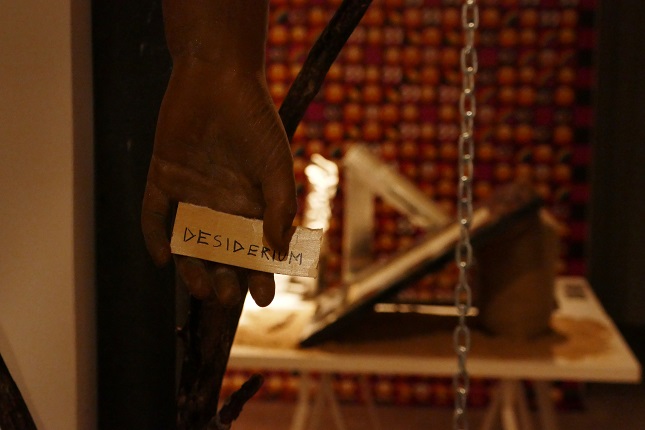 Detail of the sculptural installation "Desiderium", 2020. 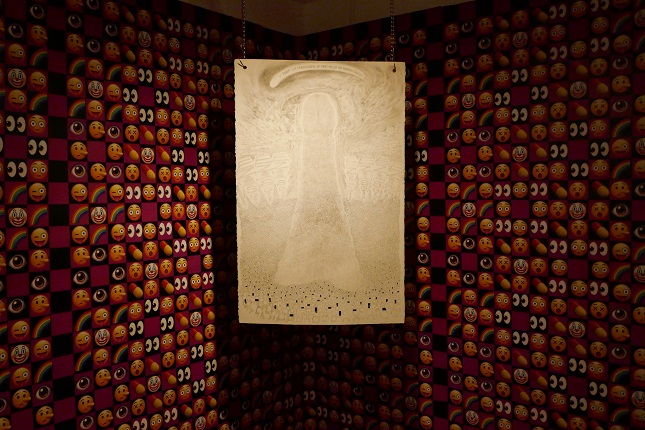 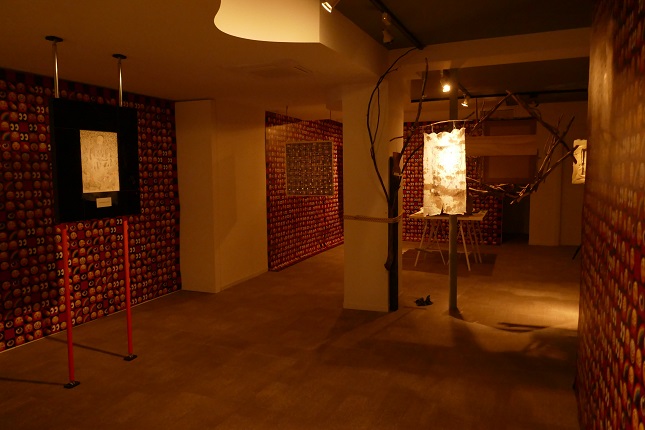 Archetypes for a New Pagan Mythology

Archetypes for a new pagan mythology, perhaps it is only a handful of graphic ideas that blur the fortified structure that sustains us and that, although seemingly merciless, they yearn to reconcile the individual in spite of their own construct.

Each piece, autonomous, works as an interpretative model that, like a tarot card, invites everyone to identify its meaning.

His artistic career is included within the underground scene, far from the world of galleries and the art market and closer to independent and alternative spaces. As the artist himself indicates, "my ideas must walk on controversial ground and I suppose that some will find it provocative".[1]  His drawings and actions His drawings and actions stand on the threshold between the legal and the illegal, the moral and the immoral, innocent laughter and acid criticism. This frontier space that his work occupies has led him to encounter censorship, prohibition and rejection on various occasions. [2]

In 2004 he carried out a project, which was part of a festival dedicated to performance, and which was presented at Casa de América. Antonio de la Rosa, rejecting the protagonism of artists in performances, decided to turn the public into the centre of the show, making them face a table with 25 grams of cocaine. The audience was responsible for the development of the action, which consisted of the consumption of cocaine in public, recorded by a video camera, which also projected the image in real time in another room of the Casa de América palace.[3]

In 2005, he carried out another project in Mexico, entitled 2 tetas y un fracaso (2 tits and a failure), on the subject of feminicide. Without having been in Mexico or knowing Ciudad Juárez, Antonio de la Rosa decided to undergo an intervention to implant silicone prostheses in his chest, thus trying to reverse his male position and experience the violence in Ciudad Juárez from the female point of view. The two surgeries were performed in Mexico and he did not undergo the removal of the prostheses until the project, which lasted six years, was completed.

According to the artist himself, "when I decide to introduce drugs into a proposal or perform a physical transformation, which I have only done on one occasion, it is motivated by the meanings it condenses and not by the search for hedonistic self-satisfaction".[4]

A publication by Antonio de la Rosa, edited by CANADA EDITORIAL, will soon be presented at Freijo Gallery. This publication consists of a compilation of drawings that he has done in recent years, some of which have been shared through social media.