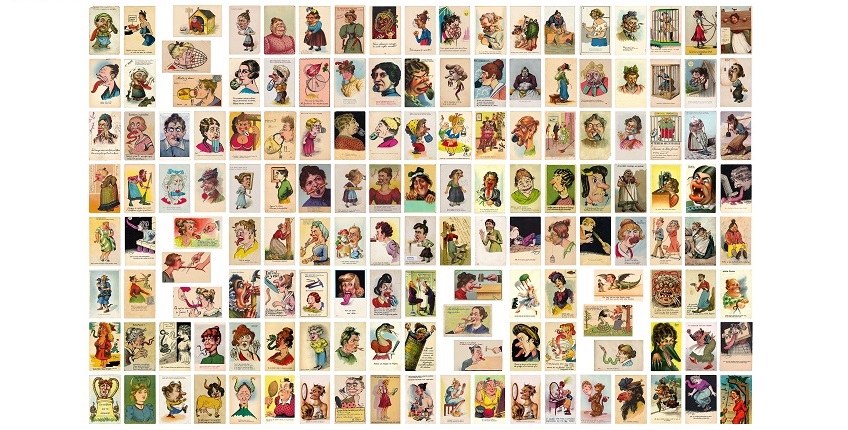 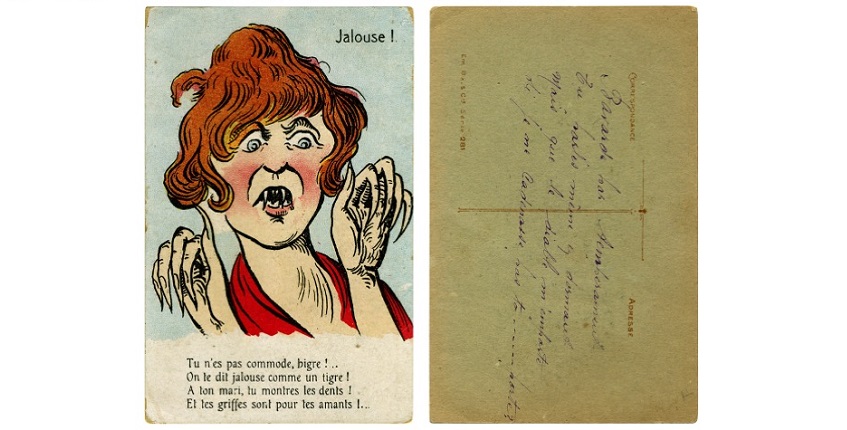 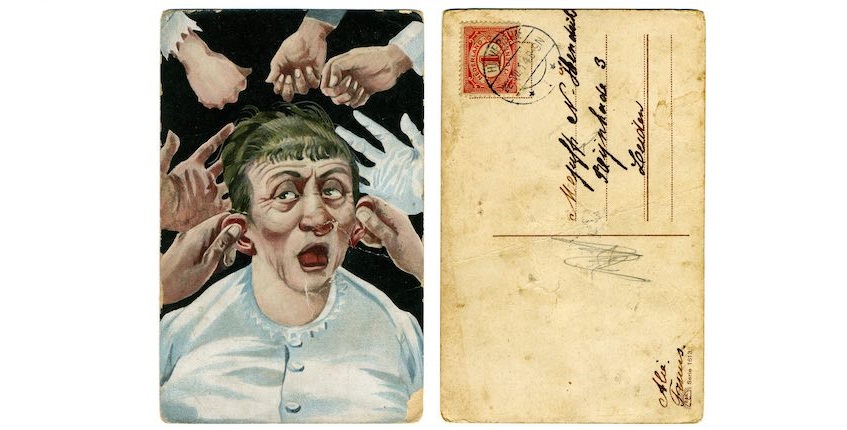 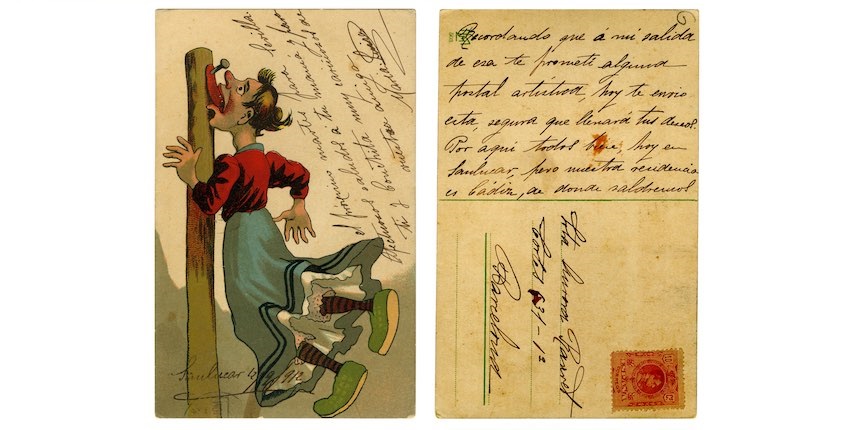 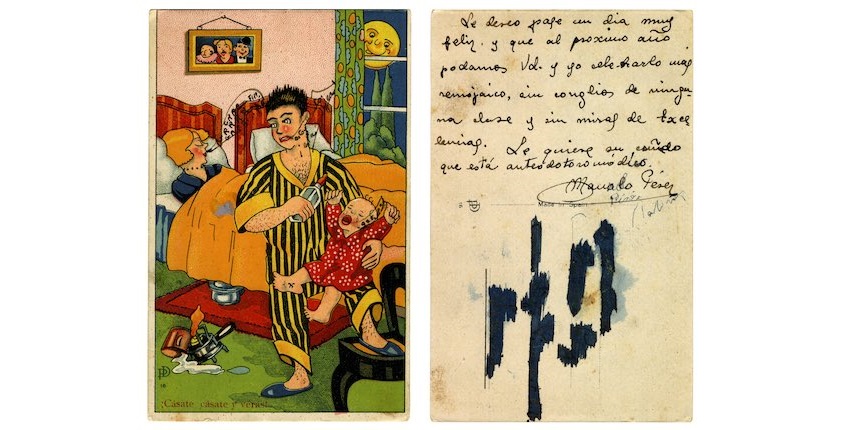 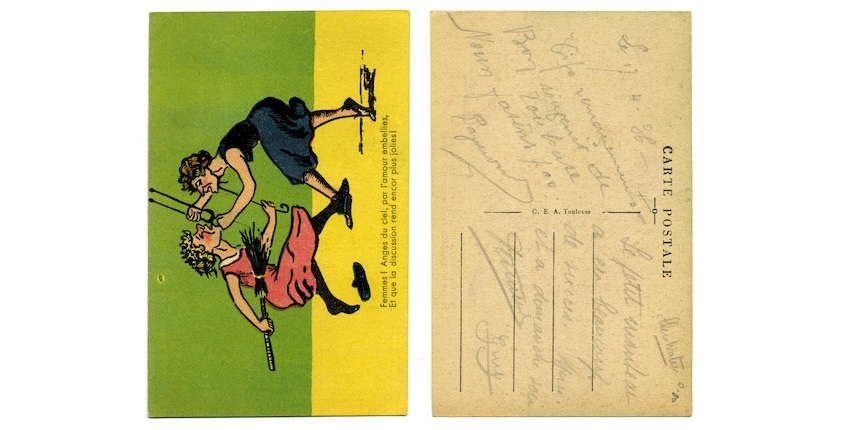 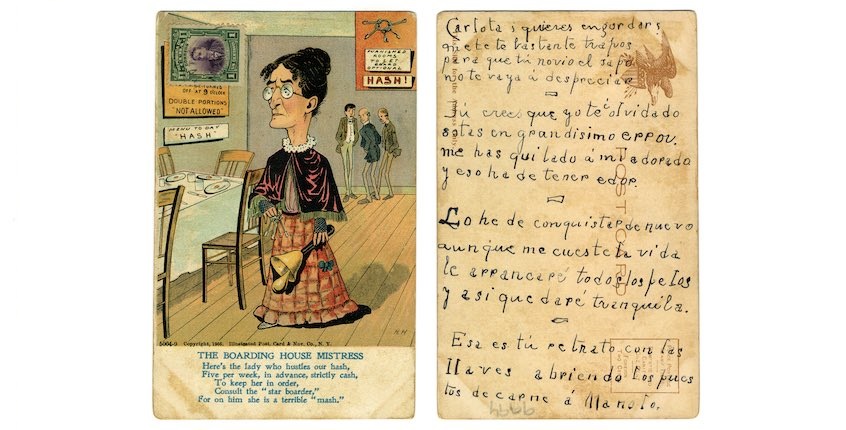 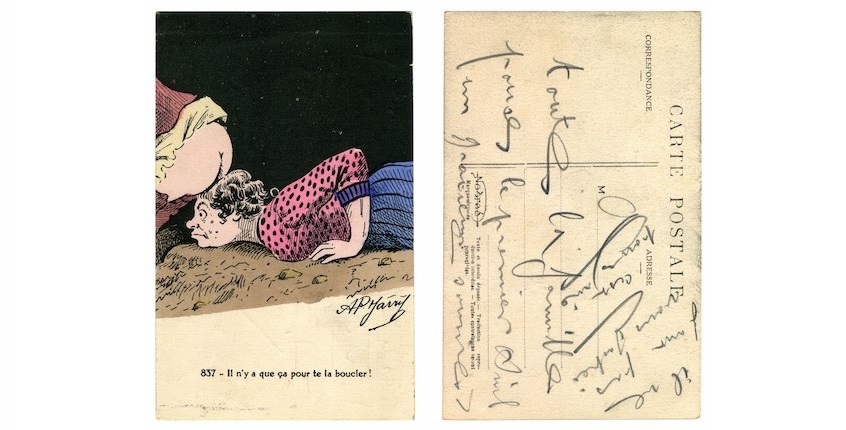 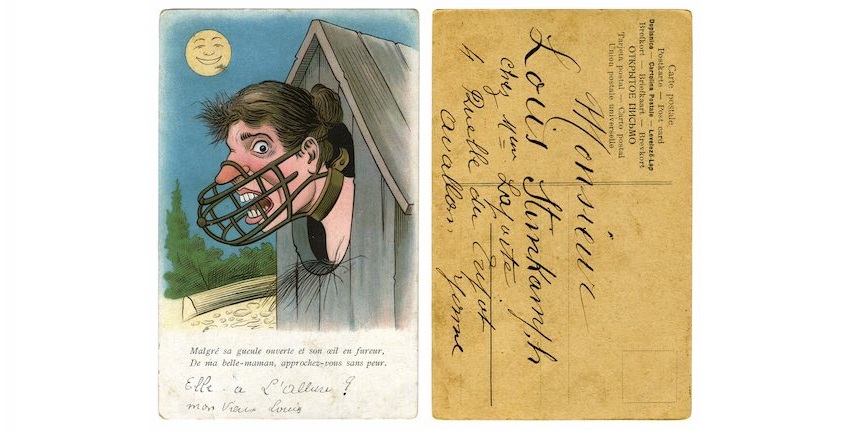 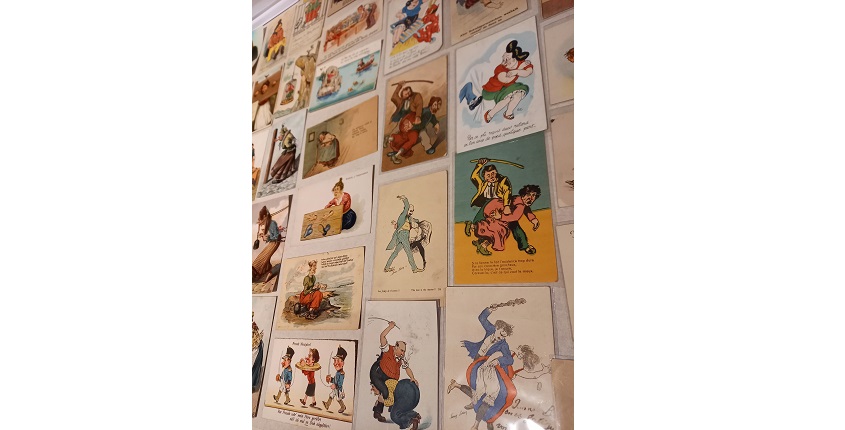 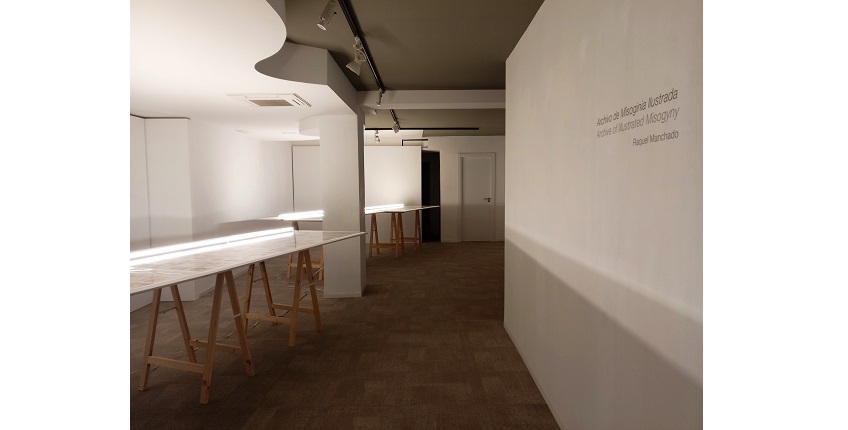 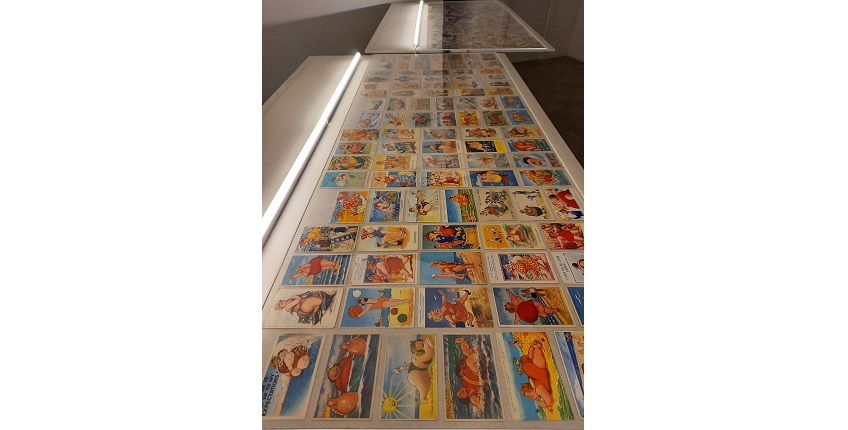 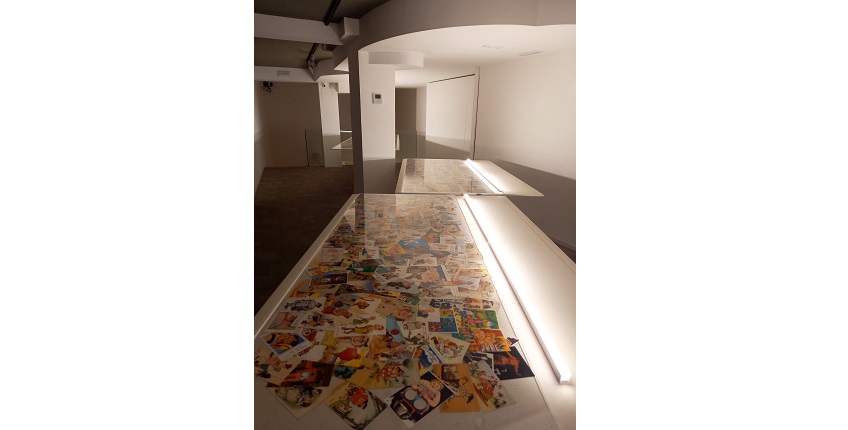 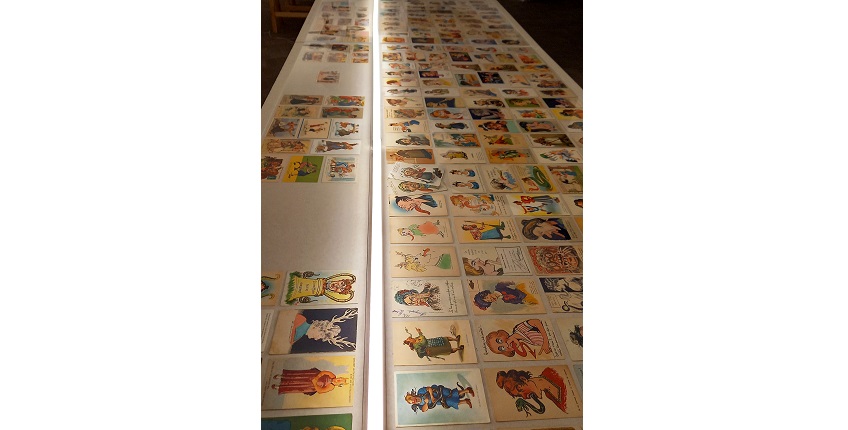 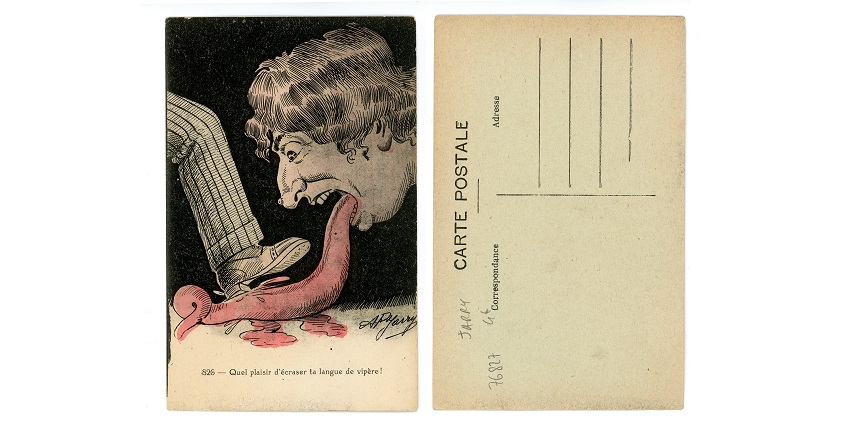 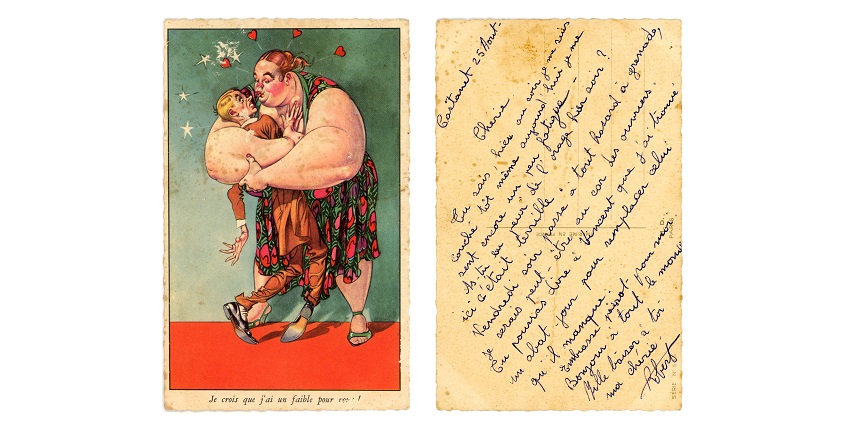 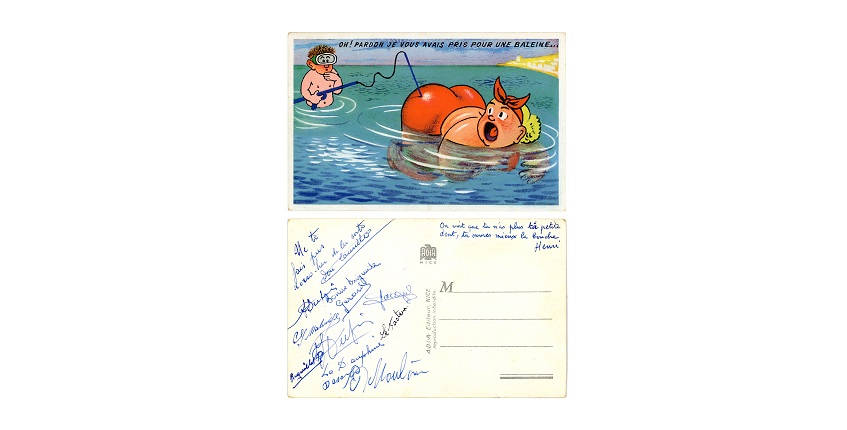 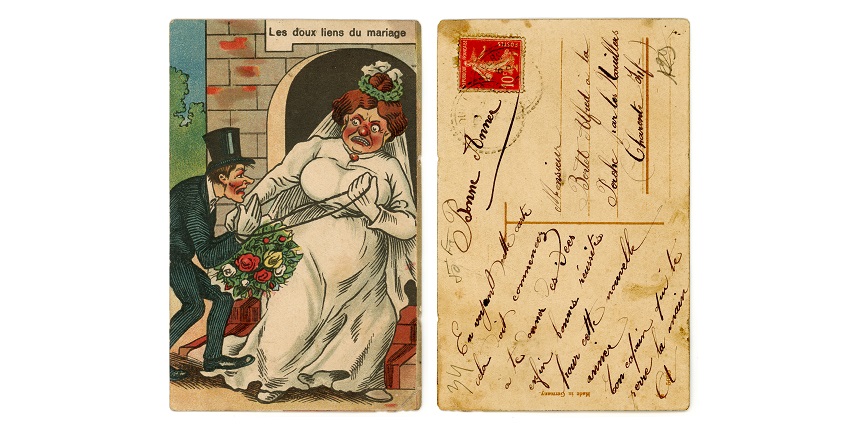 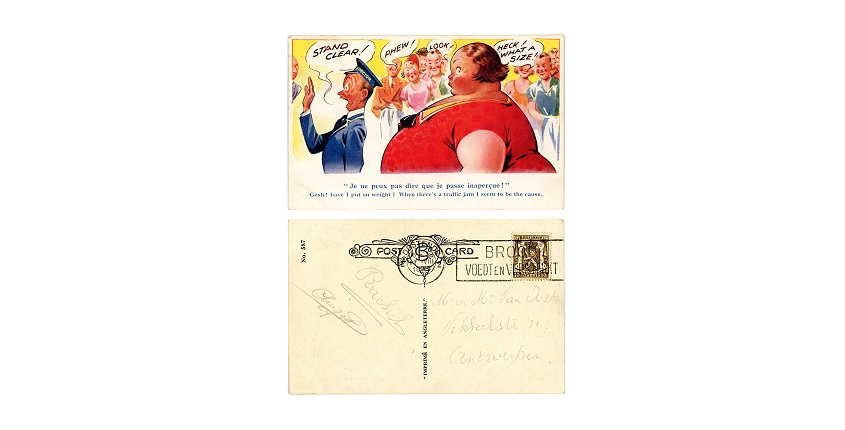 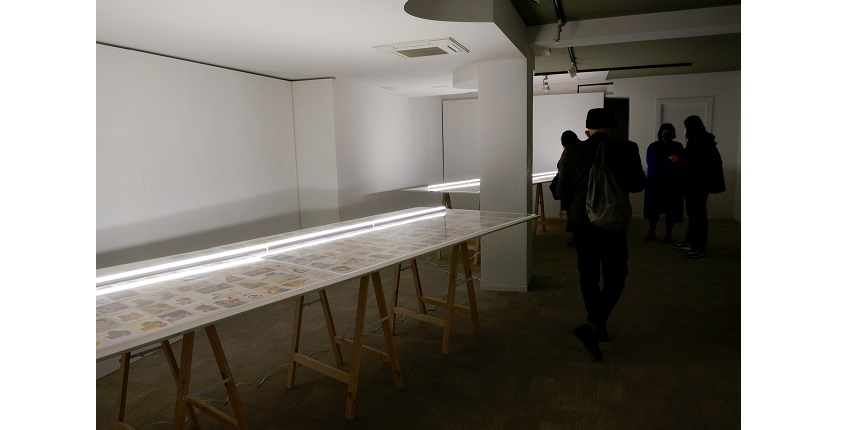 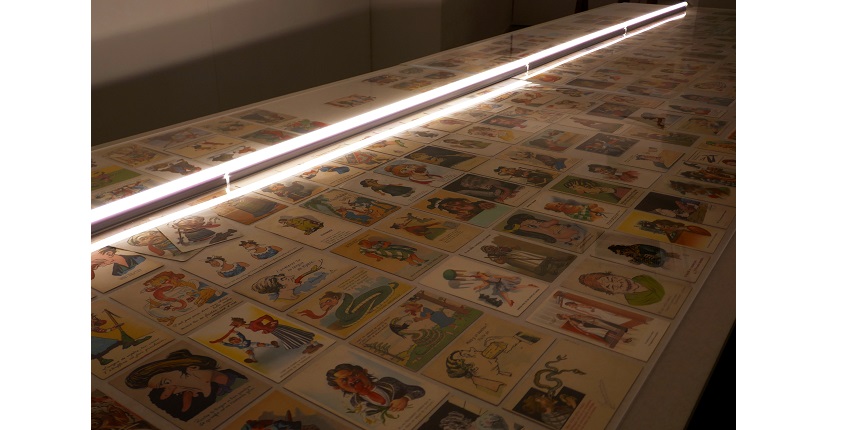 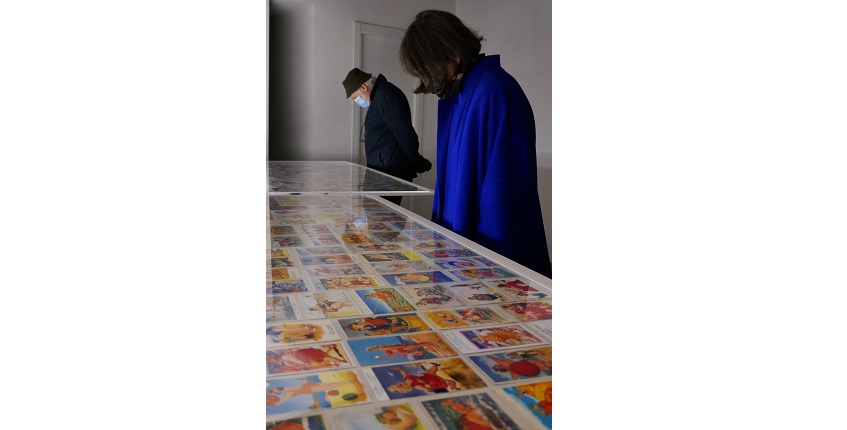 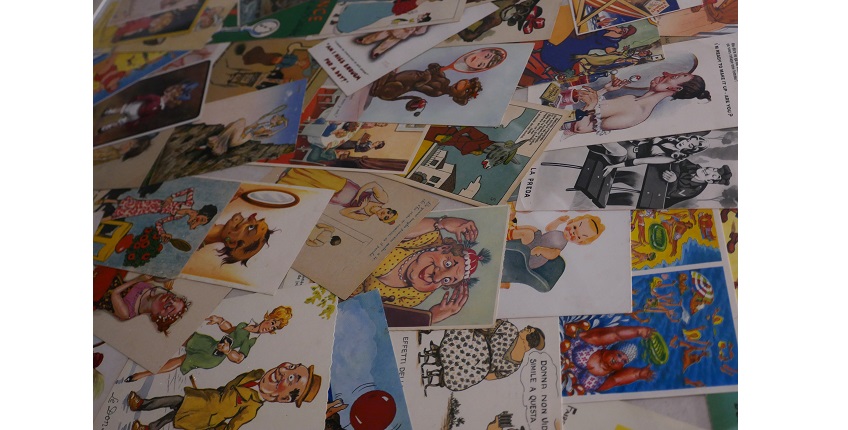 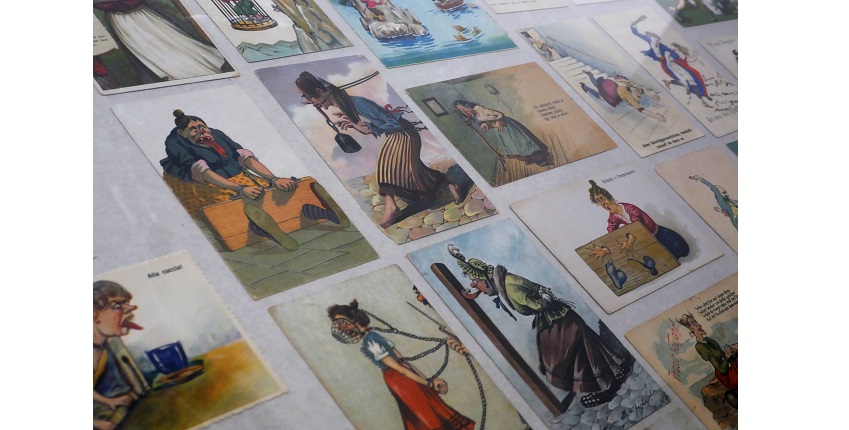 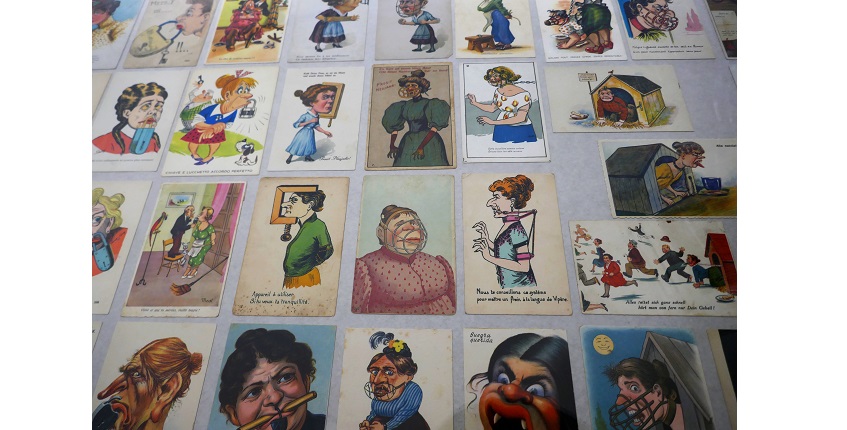 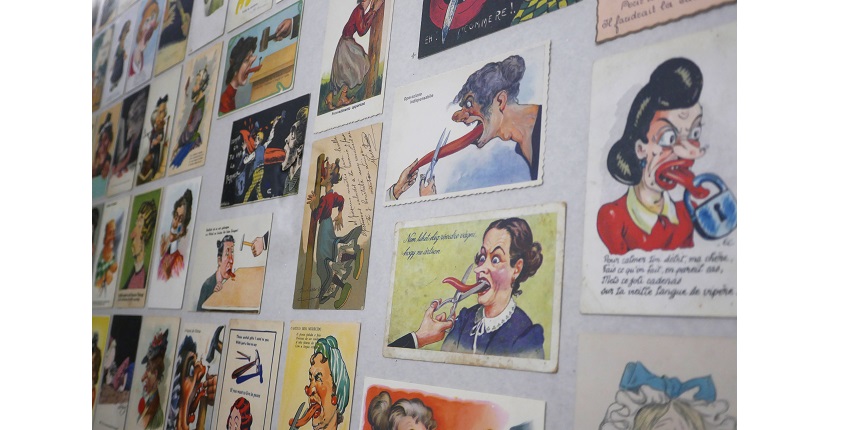 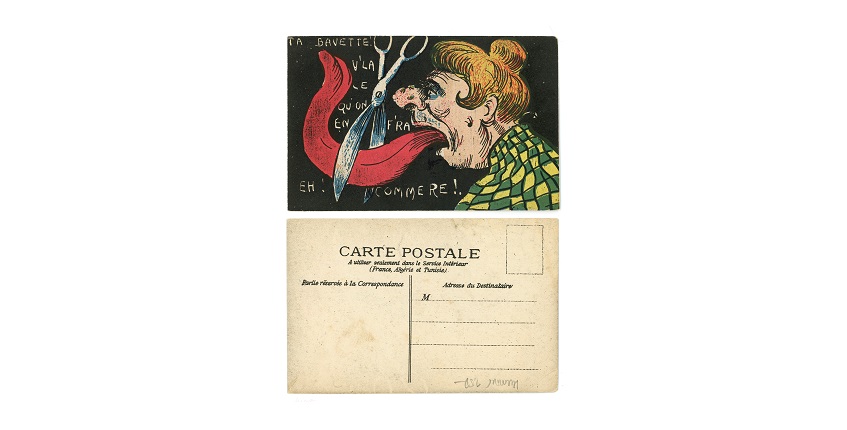 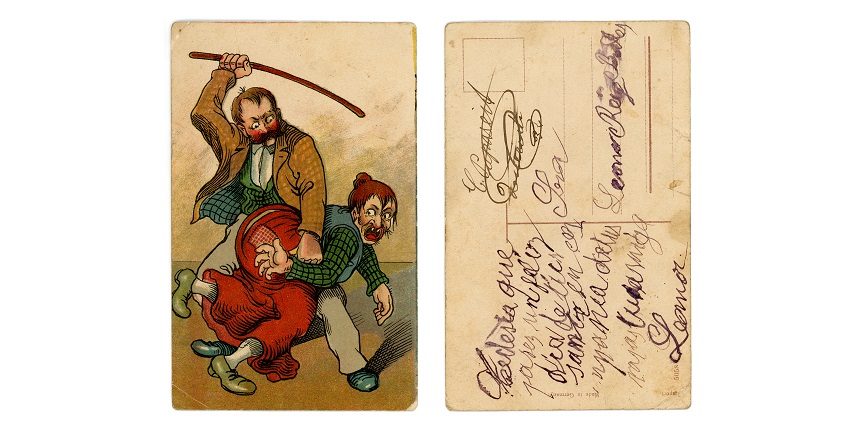 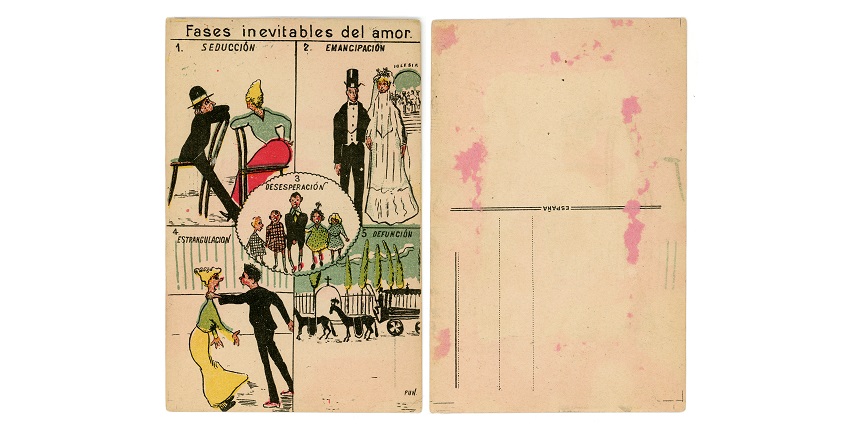 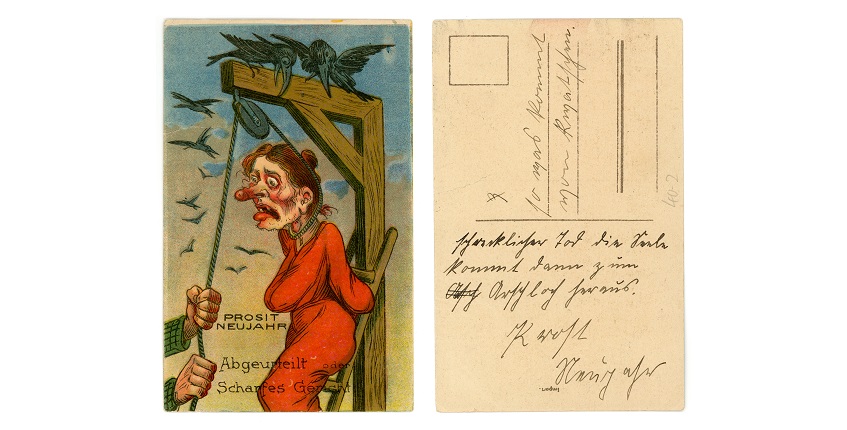 Archive of Illustrated Misogyny is a solo exhibition of Raquel Manchado's work, which is based on a vast graphic collection of postcards, comic strips, posters, calendars, newspapers, magazines and other widely distributed formats, published since the beginning of the 20th century and which, under the guise of humour, degraded women over their physical appearance or behaviour, compiled over the years by this artist, art director and editor.

Humorous postcards which, along with proverbs and folk songs, would be the equivalent to today’s memes in the pre-internet age, circulating as viral messages that travelled from letterbox to letterbox and by word of mouth. Based on the premise that humour is never neutral, and that, just as it can question the established order,  it can also work as a powerful normalising force, this project interrogates supposedly humorous images which, instead, instil prejudice and normalise stereotypes. Jokes about “spinsters”, “henpecked husbands”, “fat women”, “mothers-in-law”, “blacks”, “Muslims” or “wrong” people operate as the perfect vehicle for discrimination and symbolic violence.

Through this project, Manchado creates a theory about machismo today through graphic humour from the 19th century and the first half of the 20th century in Europe, as a reflection on the social imagery that culture has created about women, without losing sight of the generic question of the effects of archives in the narratives of Art History, artist's books or publishing as artistic practices.

Activity funded by the Spanish Ministry of Culture and Sports.

Article by Sofía Chiabolotti in Público

Interview with the artist | Cáñamo Journal