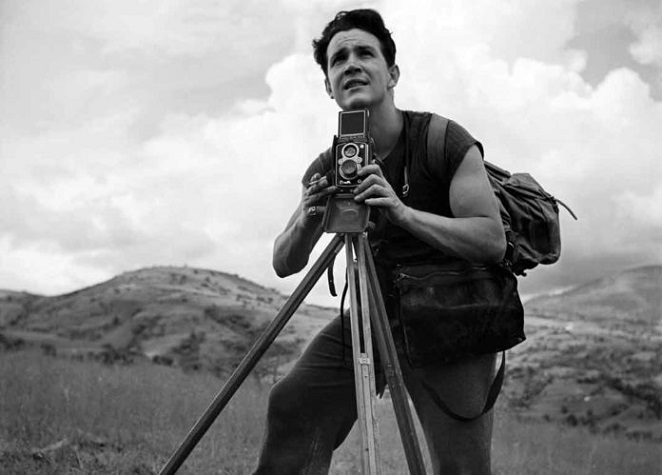 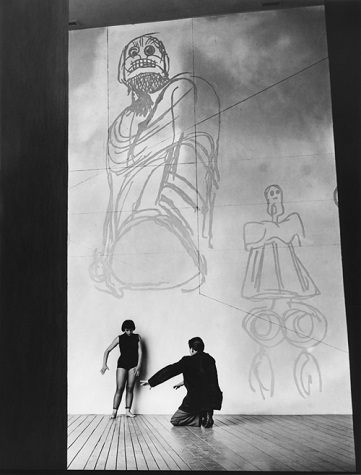 Mathias Goeritz and Pilar Pellicer in the El Eco building, together with the mural drawings by Henri Moore, 1953. 25 x 19 cm. Silver gelatin. 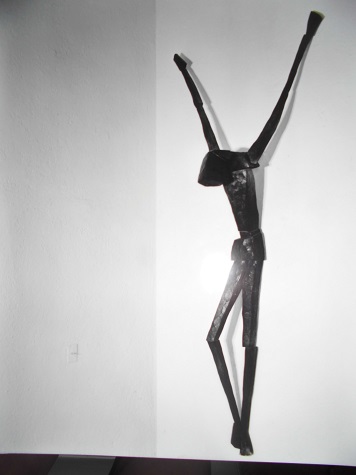 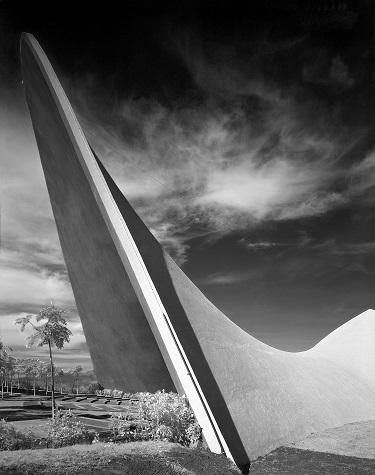 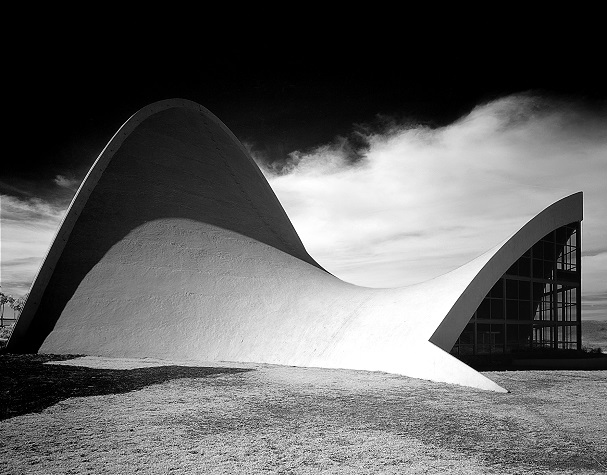 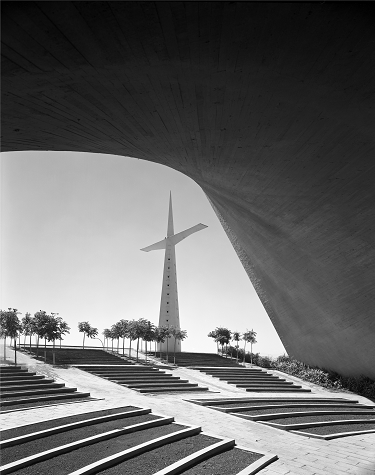 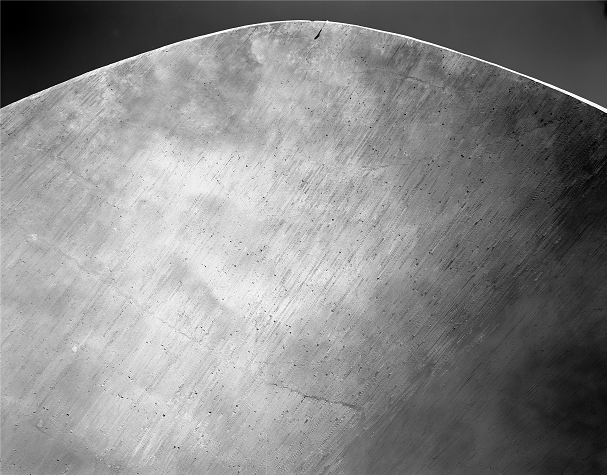 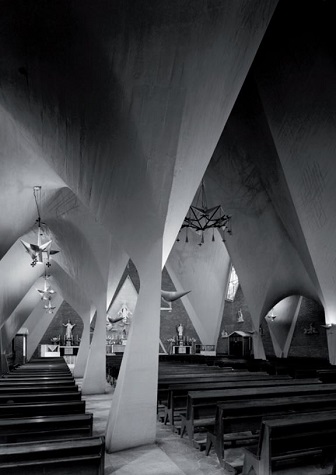 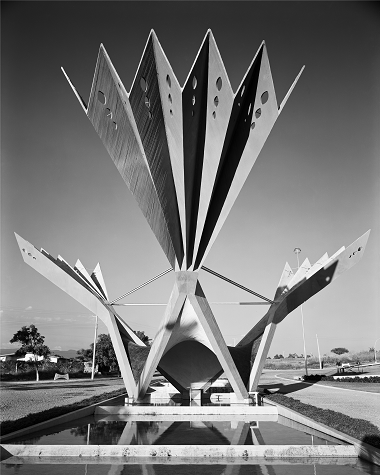 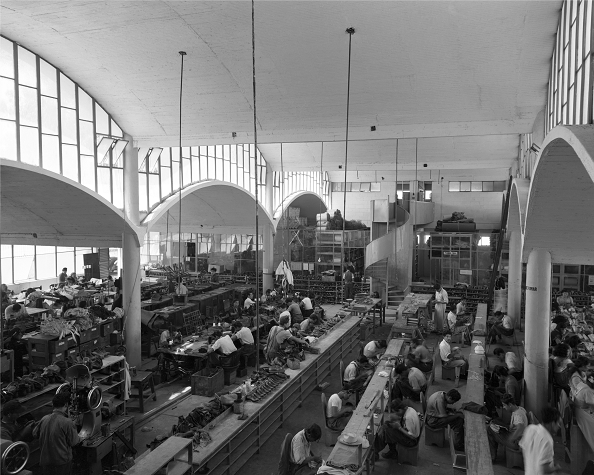 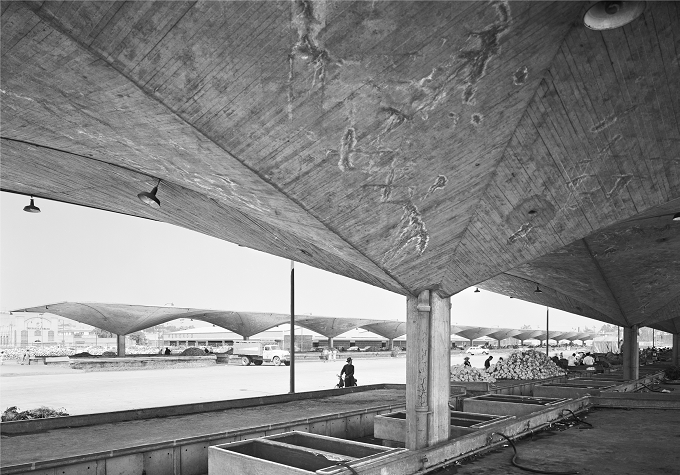 Armando Salas Portugal was born in Monterrey, Mexico, in 1916, although at a very early age he emigrated with his family to Mexico City.

At the age of 18, when he was studying chemistry at the University of UCLA in California, USA, he had his first approach to photography, since his brother Daniel was fond of the lens, during a family trip to Mexico. From then until his death in 1995, the artist showed a great sense of contemplation. From a technical point of view, his production was enriched by the knowledge of the chemical sciences of his university days, while the pleasure of travelling, together with his condition as an athlete, worked as a trigger to catch the images that most seduced him.

Always captivated by the Mexican countryside, he returned to Mexico during his summer holidays and joined different groups of climbers with whom he carried out expeditions to the volcanoes and mountains of the country; his first works date from that period.

After completing his professional studies, in 1938 he returned to Mexico City and continued traveling, always accompanied by his inseparable camera with which he recorded the various sites and landscapes he visited.

A tireless walker, he dedicated all his time to exploring places almost inaccessible to the traveler. Sierras, mountains, volcanoes, deserts, jungles, coasts, remote mountain villages, are captured by his lens.

In 1944 he holds his first solo photographic exhibition at the Palacio de Bellas Artes, invited by Carlos Pellicer. This first exhibition defines his professional path and from this moment on he devotes himself entirely to photography. His experience as a chemist helps him in his laboratory work where he prints, researches techniques and experiments.

Besides photographing the Mexican landscape with passion, he was interested in architecture and the city. He spent long hours interpreting the work of architect Luis Barragán, who through the work of Salas Portugal achieved recognition abroad. From then on, the works of the most eminent Mexican architects, as well as Mexico's colonial architecture, were also captured by his camera.

With an outstanding professional career of 60 years, his work has been exhibited in several important museums around the world, including the Modern Museum of Art in New York (MoMA), the Museum of Contemporary Art in Tokyo, the Smithsonian Institute in Washington D.C., the Brooks Gallery of the Arts in California, as well as other museums in the United States, Italy, France, Germany, Spain, Vienna, Brussels, Guatemala, Honduras and Venezuela.

In Mexico, he always exhibited individually, on seven occasions, at the Palacio de Bellas Artes; the Museum of Modern Art, the Rufino Tamayo Museum, the Televisa Center for Contemporary Art, the Franz Mayer Museum, the Museum of the Convent of San Ildefonso, the Hall of Mexican Fine Arts, the Manuel Álvarez Bravo Gallery, the Mexico City Museum, the Universum Museum, among others, as well as in museums in Guadalajara, Monterrey, Cuernavaca, Tepoztlán, Tuxtla Gutiérrez, León Guanajuato, Guaymas, Tabasco and Yucatán.

Solo exhibitions at Freijo Gallery:
· 2013   Photography of the mind, as part of PhotoEspaña.