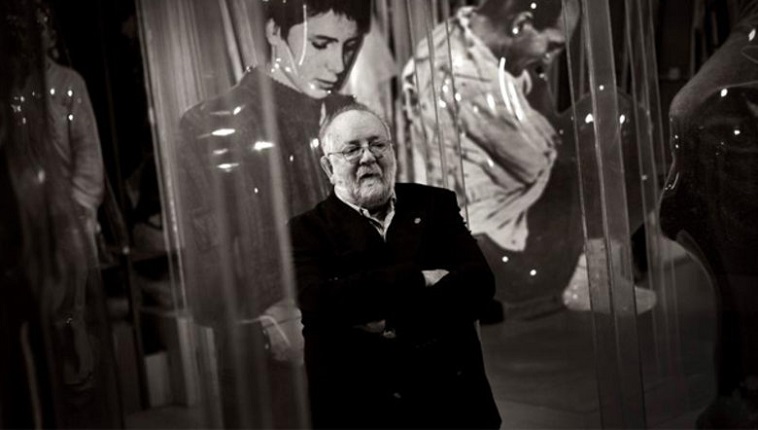 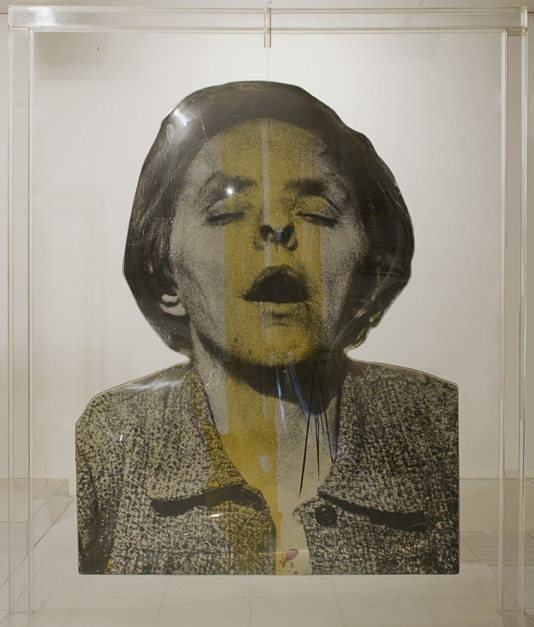 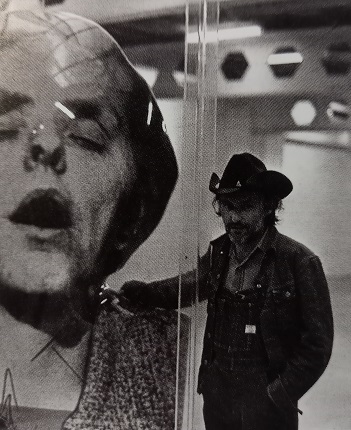 Dennis Hopper next to the encapsulated "Demente" in the artist's solo exhibition held at the Espacio Alternativo of the Galería Vandrés, Madrid, 1974. 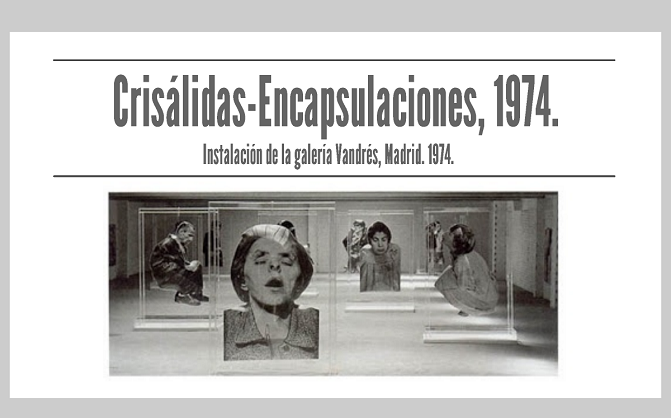 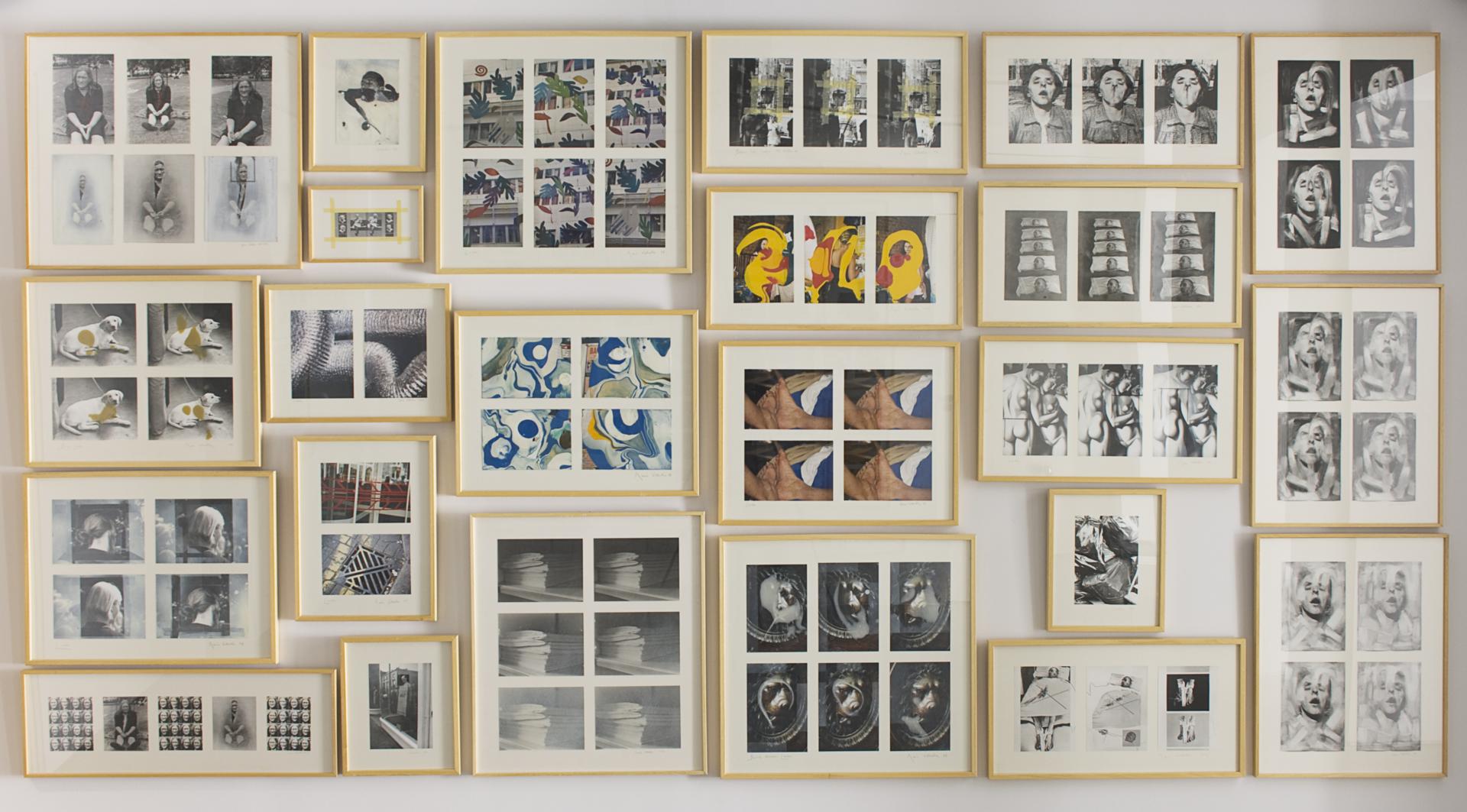 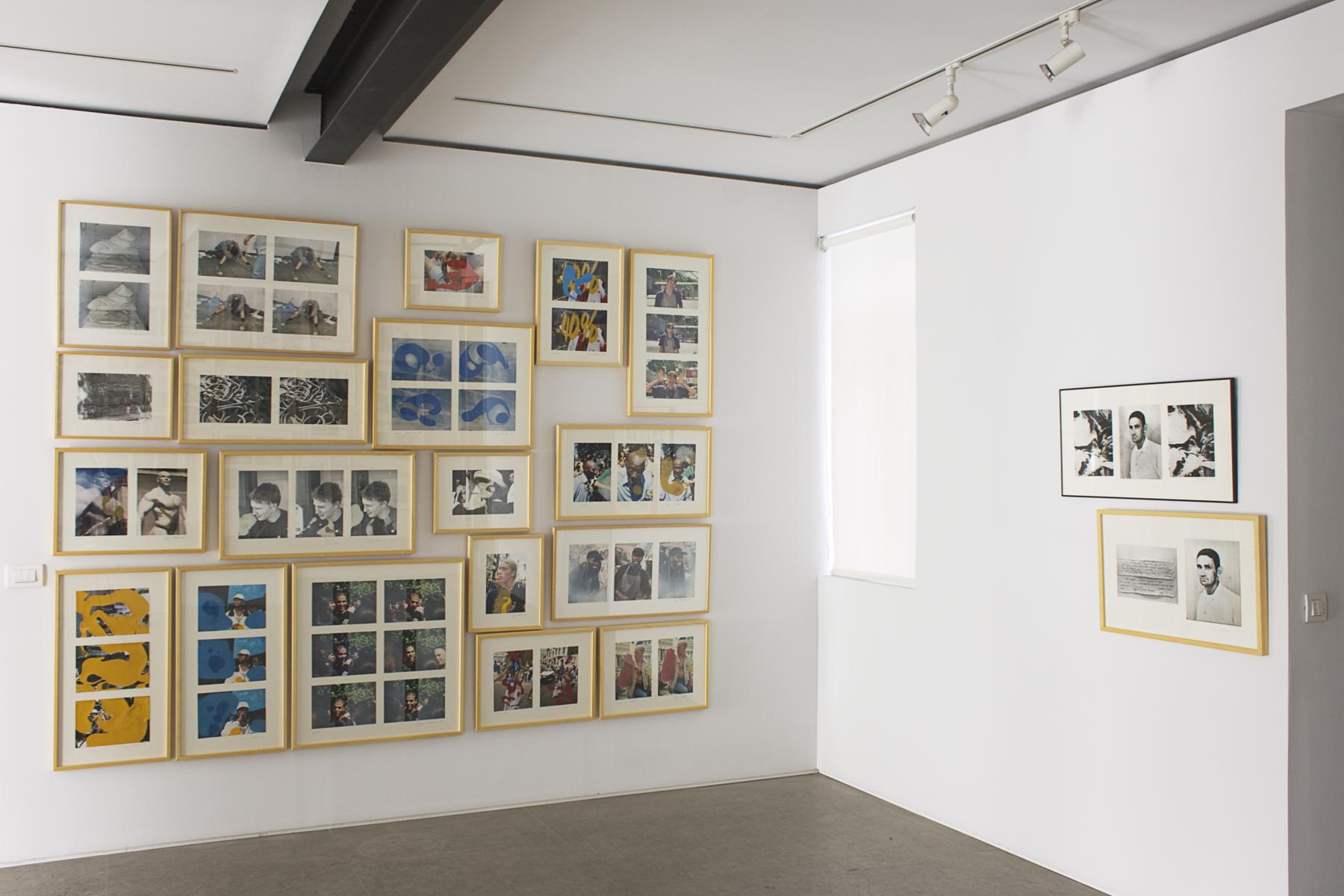 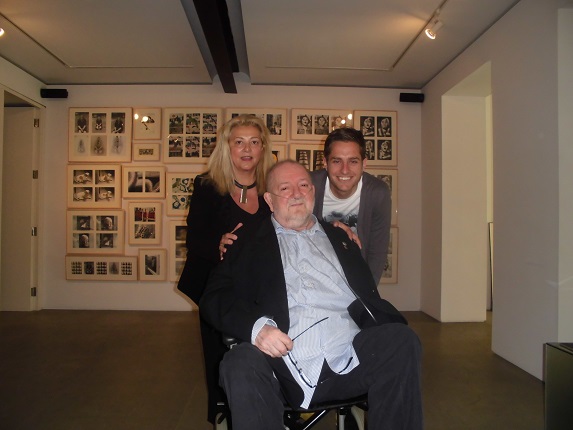 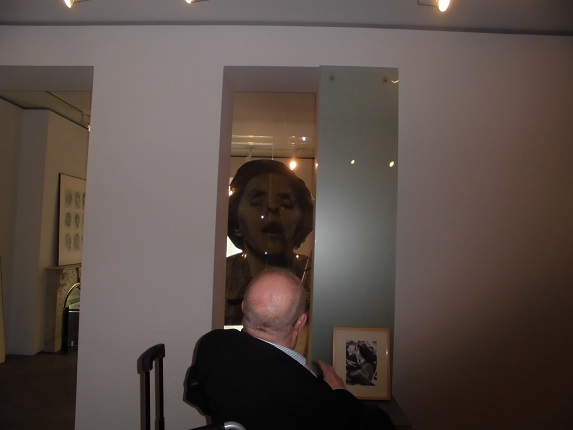 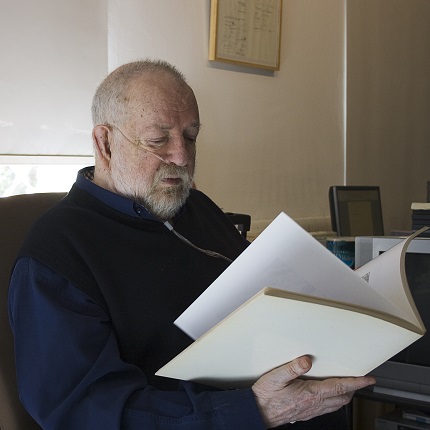 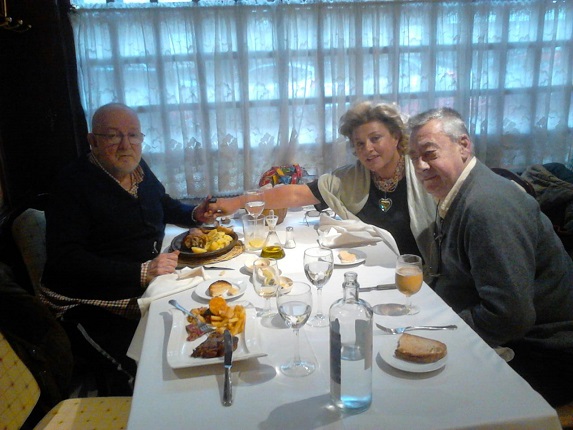 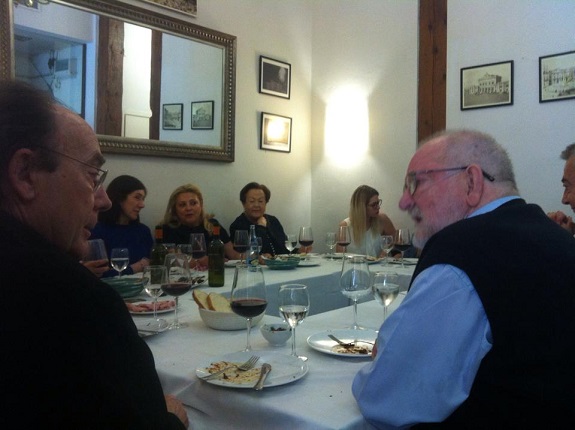 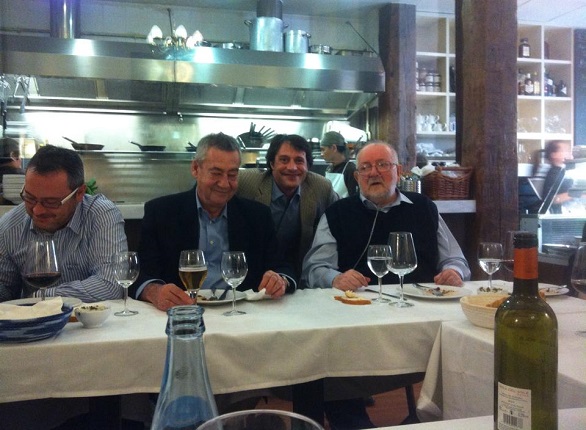 Graduated in Fine Arts and member of the Royal Academy of Fine Arts of San Fernando. In 1958 he moved to Paris and painted for a few months in André Lhote's studio. In 1962 he obtained a scholarship to study at Harvard University.

Since the mid-sixties, he dealt with the problems of the latest artistic movements from a personal and original perspective, using photography as a means of painting. In 1970 he obtained the first major recognition of his work, after the presentation at the XXXV Venice Biennale of the so called pink encapsulated. In 1973 he received the International Painting Prize at the XII Biennial of São Paulo.

In 1983 he received the National Painting Prize in Spain. During this period he participated in solo and group exhibitions in the USA: at Charles Cowles Gallery in 1982, at the Guggenheim in 1980, New Images from Spain, in 1983, Acquisition Priorities: Aspects of Postwar Painting in America. Recent European Painting and at the MOMA in 1984, An International Survey of Recent Painting and Sculpture. In 1987 he took part in the exhibition Cinq siècles d'Art Espagnol: l'imagination nouvelle. Les années 70-80 at the Museum of Modern Art in Paris.

In 1994 the Valencian Institute of Modern Art organised an anthological exhibition of his work, which was later presented at the National Museum of Contemporary Art in Oslo.

On 17 November 2002 he became a member of the San Fernando Royal Academy of Fine Arts. In 2003 he received the Gold Medal of Merit in Fine Arts in Granada.

In 2007 the MNCARS held an important retrospective of his work, from 1957 to 2007. In 2014 his solo exhibition took place at Freijo Gallery, entitled DOCUMENTARY EVIDENCE. THE POWER OF THE IMAGE IN DARIO VILLALBA, within PhotoEspaña 2014.

In June 2021, his second solo exhibition at Freijo Gallery will take place, entitled Tangible and Intangible.

- "The biography of each work is linked to my own biography".

- "The artist must be fully aware of the time in which he was born, which are his ghosts or parents to kill, or, on the contrary, to continue and caress the exciting flow of art history".  (From his entrance speech to the Academy of Fine Arts, 2002 )

- "I am very concerned about death, as I think every creator should be," said Dario Villalba in 1978 during an interview with Santiago Amon.

- "I am printed in flesh, my creative career is a constant sabotage of languages".

- "I have never deformed anything", he says in the article that heads the exhibition held at the Pilar and Joan Miró Foundation in Palma de Mallorca in 1998, entitled Every wall is a door. "I think that, even when dealing with subjects apparently as unpleasant as the stony state of the dead, castrated adolescence, the chill on the skin, old age or the recovery of the tired body, an almost magnetic presence of tension, beauty and light has prevailed over all of this".