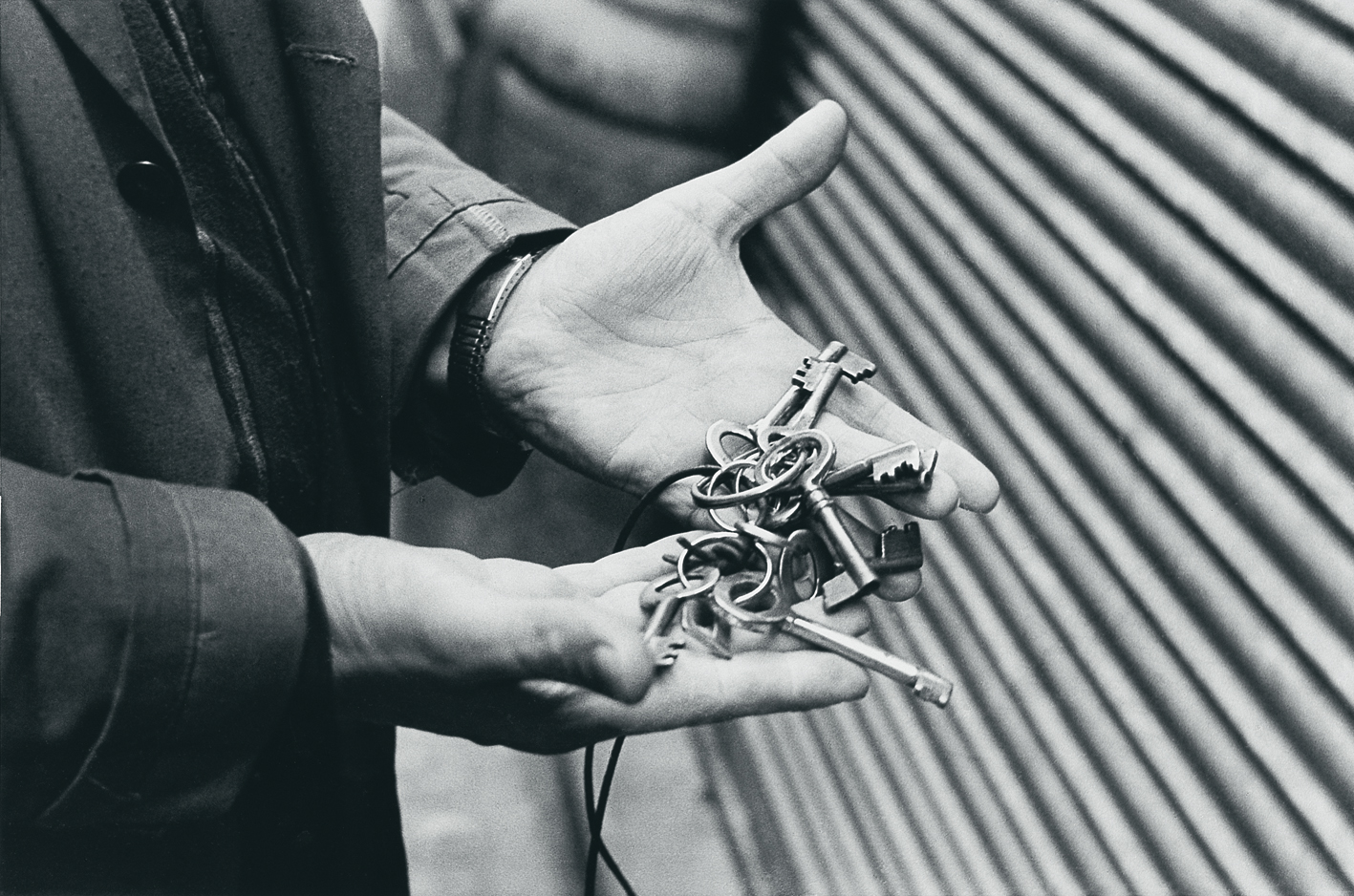 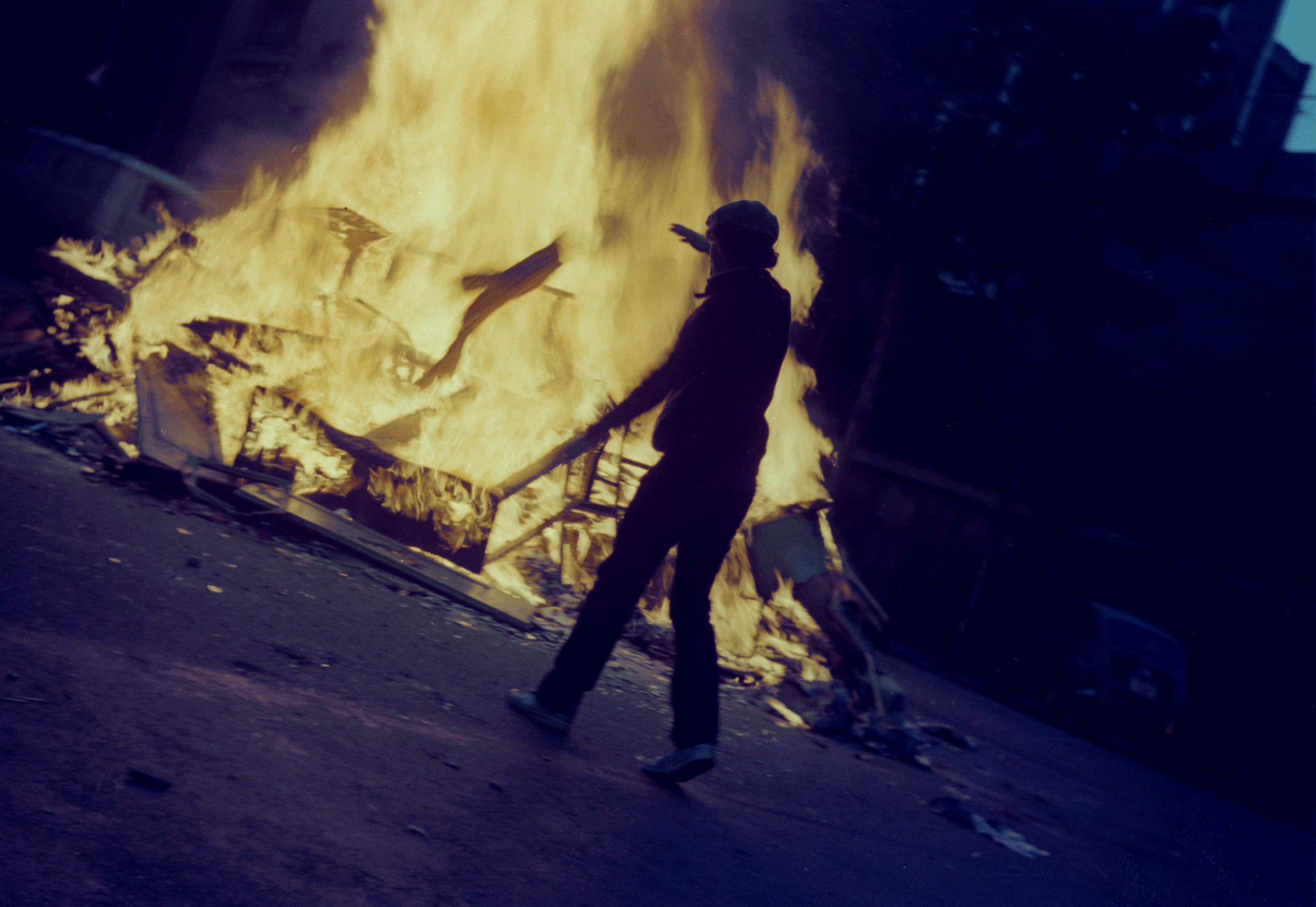 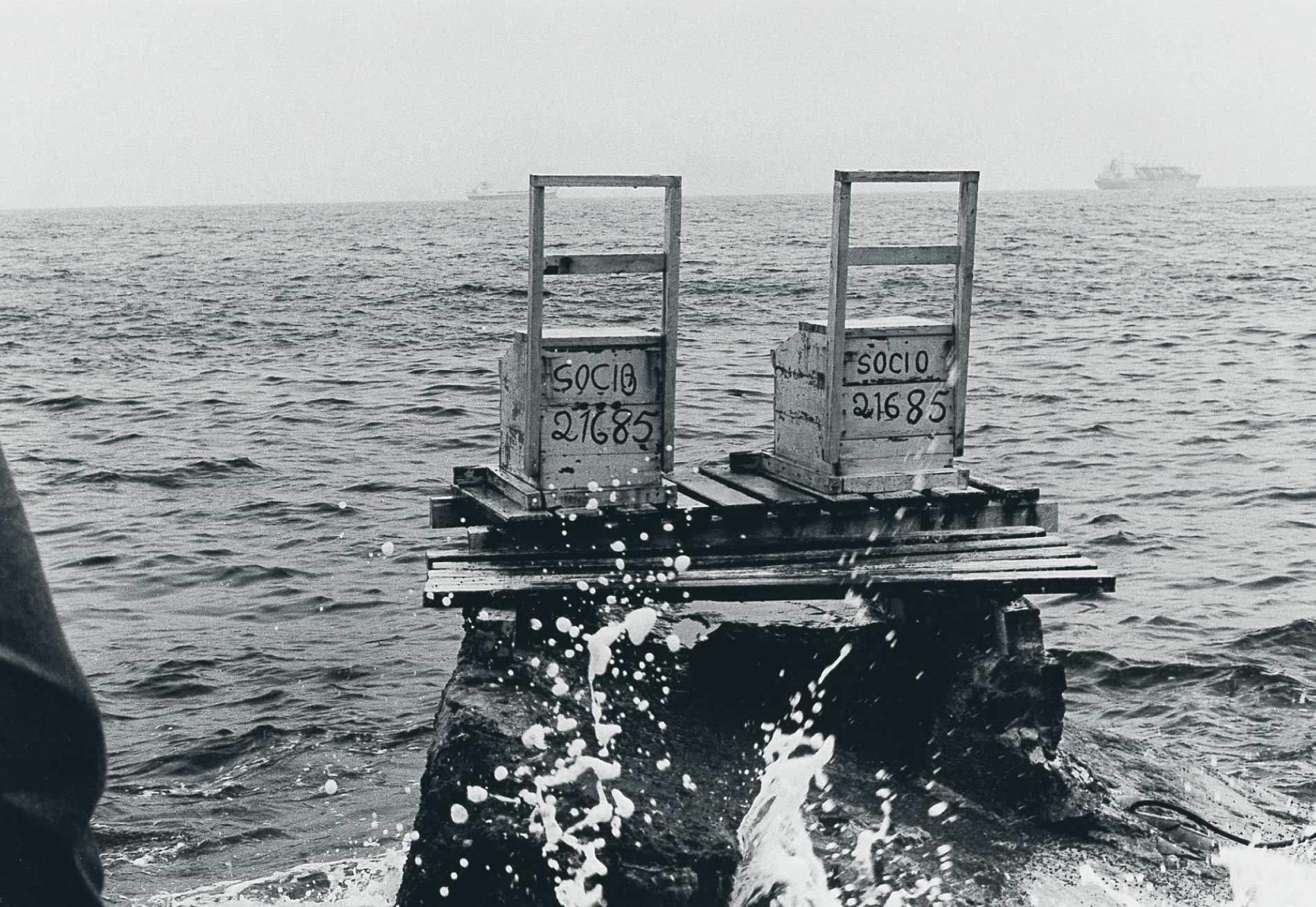 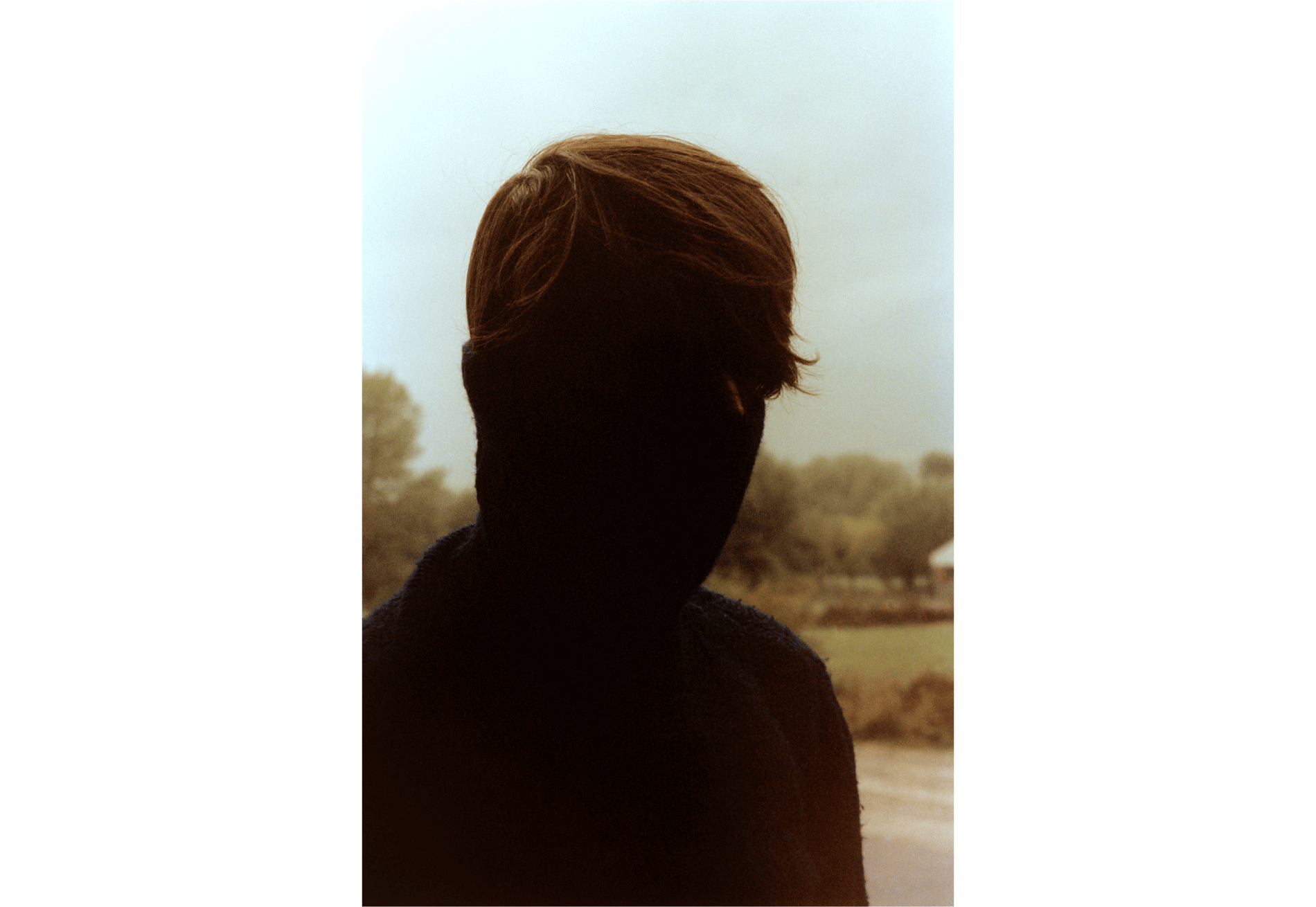 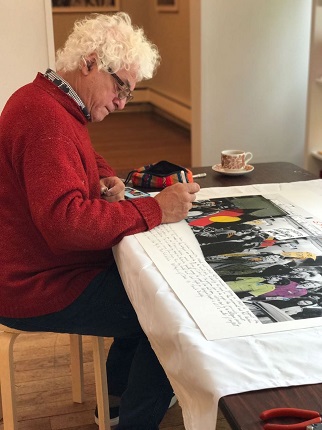 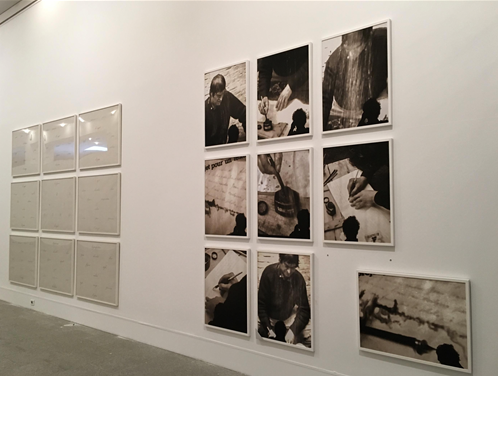 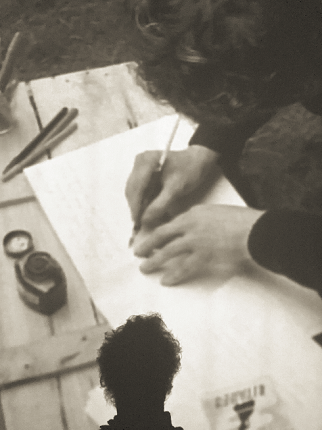 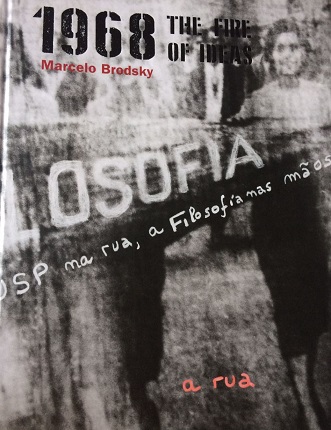 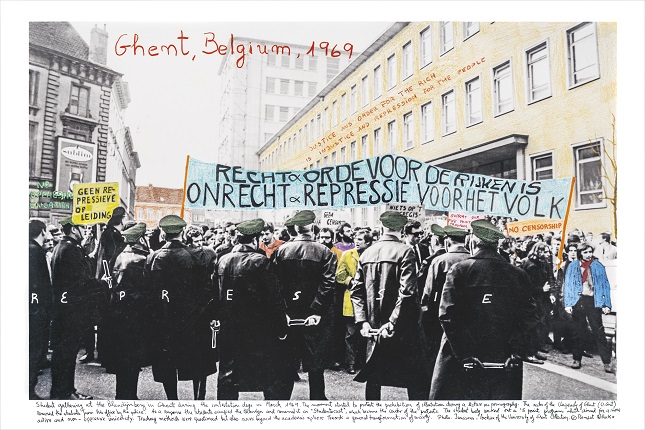 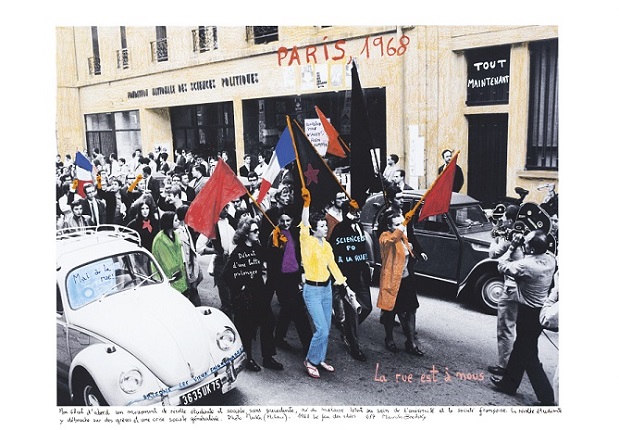 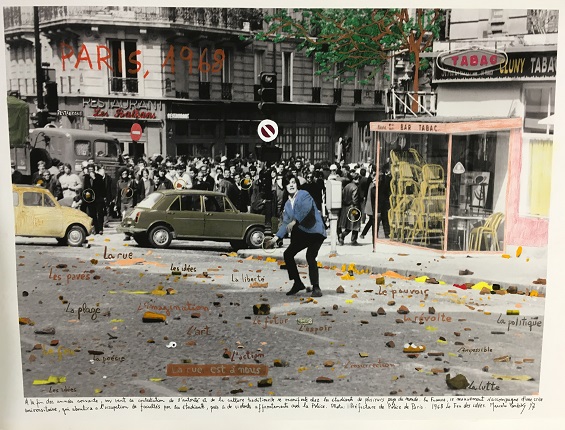 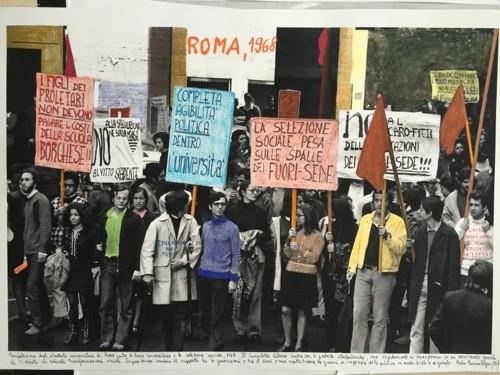 An artist and political activist, Marcelo Brodsky was forced into exile in Barcelona following General Videla’s coup in Argentina in 1976. Brodsky studied economics at the University of Barcelona as well as photography at the Centre Internacional de Fotografia (Barcelona).

During his stay in Spain, he took photographs that immortalized the psychological state of an expatriate. In 1984, when the military dictatorship was over, he went back to Argentina and began his project Buena Memoria, a visual essay that deals with the collective memory of the years under the dictatorship inspired by the emotions and personal experiences of those who lived through it.
Situated on the border between installation, performance, photography, monument and memorial, his pieces blend text and images, often using figures of speech. This essay has been shown more than 140 times in public spaces as well as institutions such as the Museo Nacional de Bellas Artes in Buenos Aires in 2010, the Pinacoteca do Estado de Sao Paulo, Brasil, in 2011 or the Sprengel Museum in Hannover, in 2007.Marcelo Brodsky had solo shows including Nexo at Centro Cultural Recoleta in 2001, and at the Museo de la Solidaridad Salvador Allende, Chile. He also participated in the exhibition Visual Correspondences, that includes visual conversations with other artists and photographers, such as Martin Parr, Manel Esclusa or Pablo Ortiz Monasterio. He has published La Consulta del Dr Allende with Arturo Duclos, at the Museo de la Memoria y los Derechos Humanos in Santiago de Chile, Once@9:53 with Ilan Stavans, a photonovella that combines reportage and fiction and Tree Time, a book about the relationship with Nature as a means for healing. Ayotzinapa – Acción Visual (title to be confirmed) is the book Marcelo Brodsky is planning to publish together with the Museo de la Memoria y los Derechos Humanos de Santiago de Chile, including in it texts and images received in response to the call for a visual action in solidarity with the families of the victims of Ayotzinapa that Visual Action has launched last November 2014.
Marcelo Brodsky is an active member of the human rights organization Asociación Buena Memoria, and he is a member of the Board of Directors of the Parque de la Memoria, a sculpture park and large monument with names and a gallery, built in Buenos Aires to the memory of victims of state terrorism.
His work is part of major collections such as the Museum of Fine Arts Houston , the Tate Collection London, Museo Nacional de Bellas Artes Argentina, Museo de Arte Moderno Buenos Aires, Center for Creative Photography Tucson Arizona, Sprengel Museum Hannover, Museo de la Memoria y los Derechos Humanos Santiago de Chile, MALI Lima, Museu de Arte Moderna do RJ, etc.
In 2008 he was awarded the Bnai Brith prize for Human Rights in Argentina. In 2014, he received the Jean Mayer Award from Tufts University Global Leadership Institute.
In 2014 he initiated Visual Action, an organization dedicated to incorporate visual culture in human rights campaigns and to work on visual education www.visualaction.org.
In 2015 he curated “Visual Action Ayotzinapa”, an international photographic permanent exhibition in solidarity with Ayotzinapa” at the Escuela Normal Rural Raúl Isidro Burgos, Ayotzinapa en Chilapa, Tixtla, Guerrero, México and temporary exhibitions at Universidad Autónoma del Estado de Morelos, México, at the Colegio Nacional de Buenos Aires and at the Facultad de Filosofía y Letras, Universidad de Buenos Aires, Argentina.
In the Museo de Tlatelolco, in Mexico City, a solo exhibition of a project from 1968 was presented in 2017. And the RM publishing house published a photobook of this project.