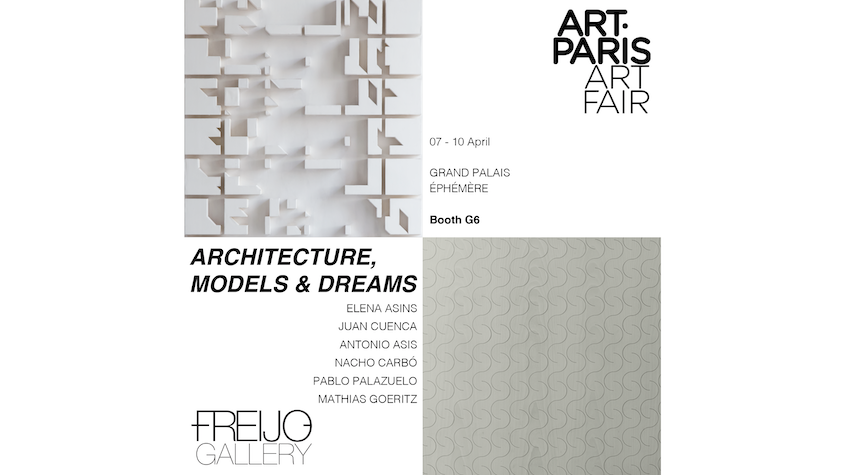 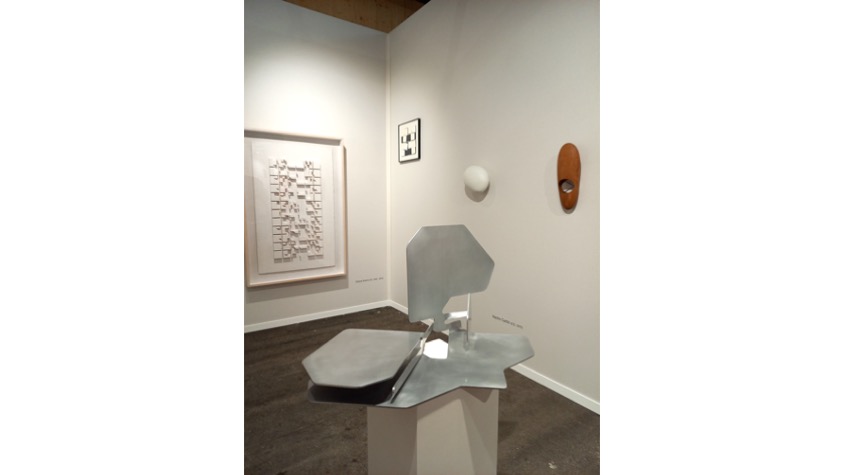 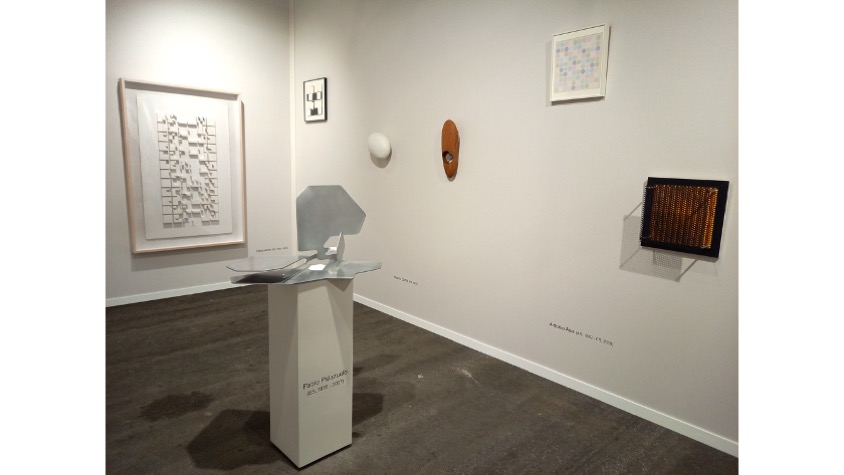 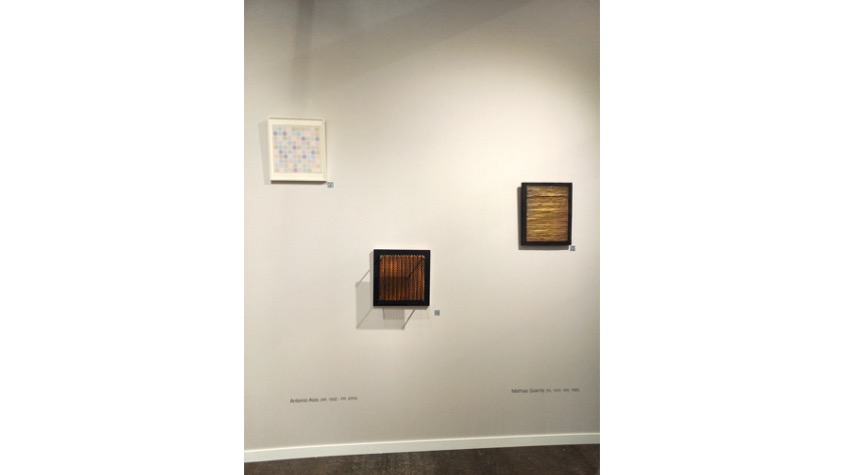 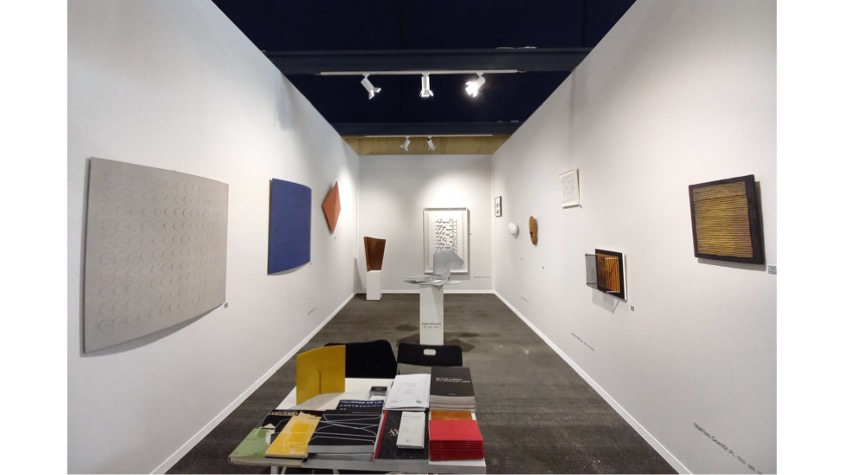 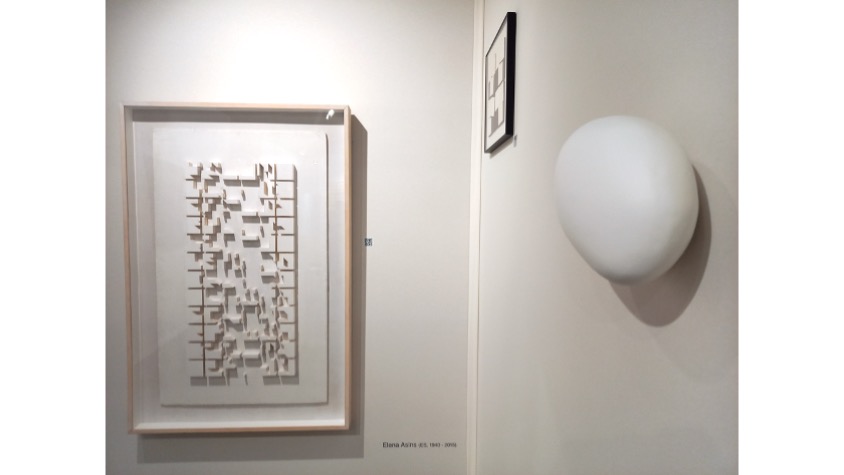 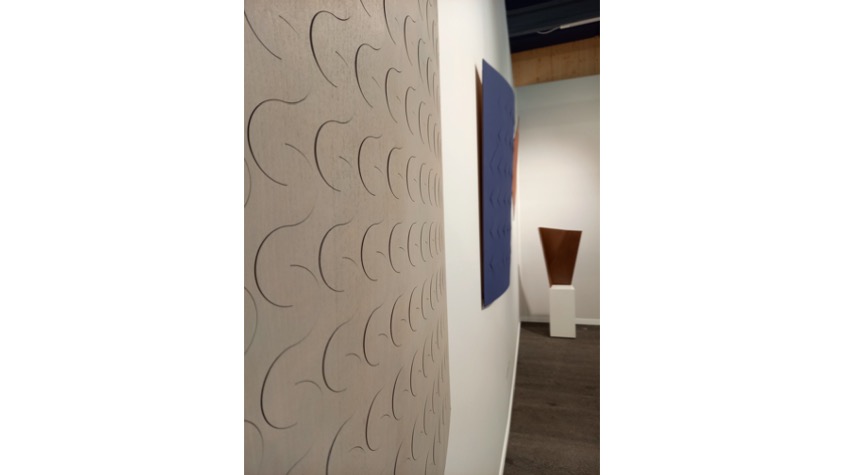 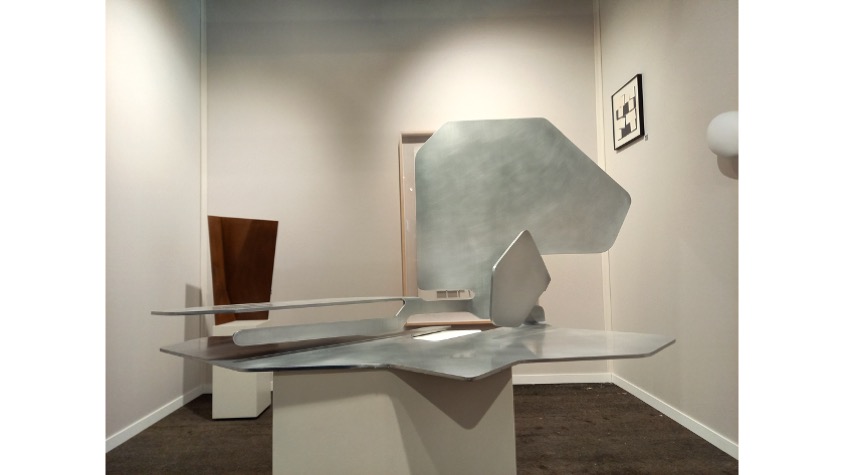 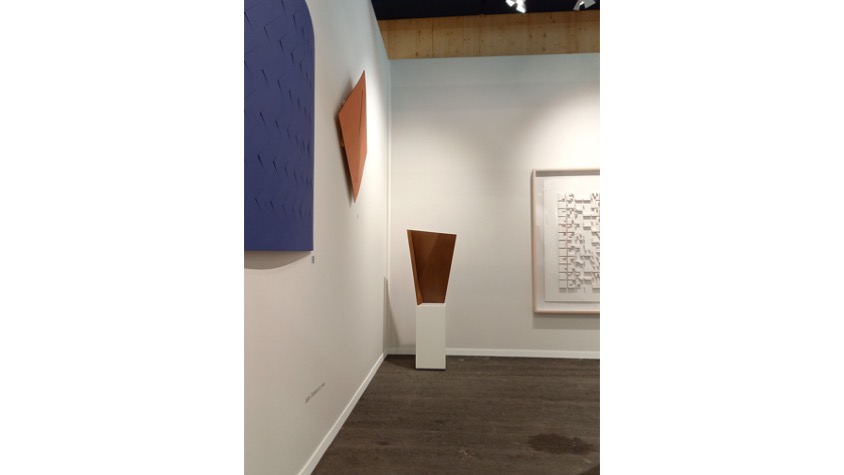 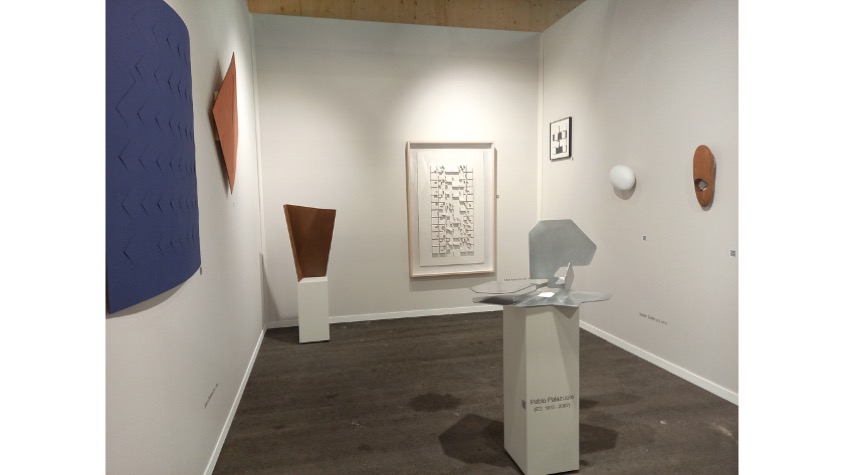 Pablo Palazuelo and Elena Asins were friends at the time of creation of the sculpture we present by Palazuelo, in 1977. In turn, also focusing on space, the piece we present by Elena Asins is a model, part of her series Scale. Project for a City, which is a tribute to Mies van der Rohe and was exhibited last year at the Guggenheim Museum in Bilbao.

Antonio Asis moved from Buenos Aires to Paris in 1956, where he joined the vibrant artistic environments of the time and inscribed his work in the abstract and geometric trends that gave rise to what was known in Europe as kineticism and in America as Op-art. Through his work, he began studying space based on the phenomena of light and color.

In the work Golden Message by Mathias Goeritz, loaded with mysticism, a relationship with the world of architecture can be established, since it is dedicated to the Spanish architect Félix Candela.

In dialogue with these emblematic pieces of the twentieth century, we present contemporary pieces by two artists, who are both architects and who explore sculpture through its spatial and architectural dimension: Juan Cuenca and Nacho Carbó.