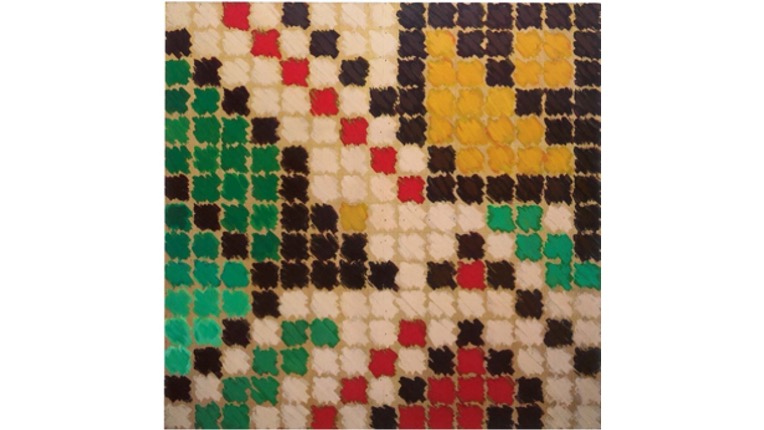 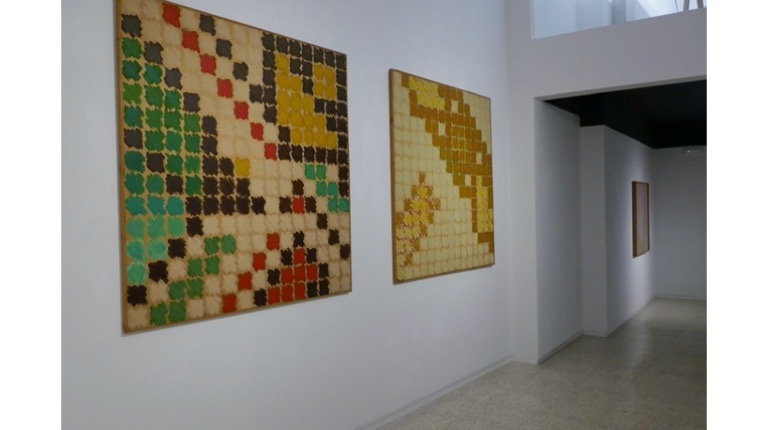 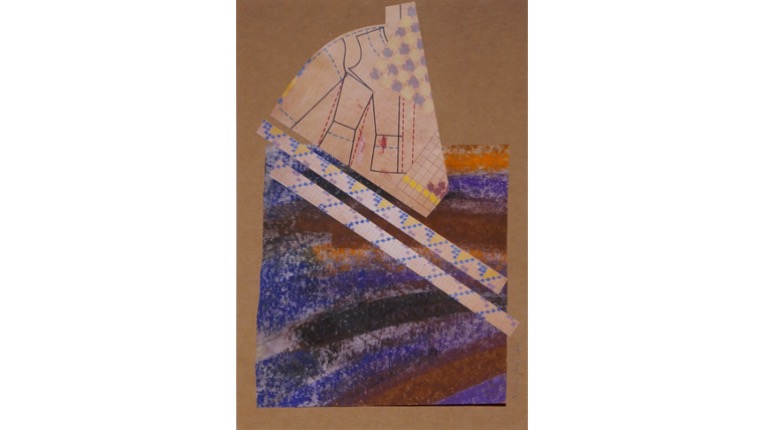 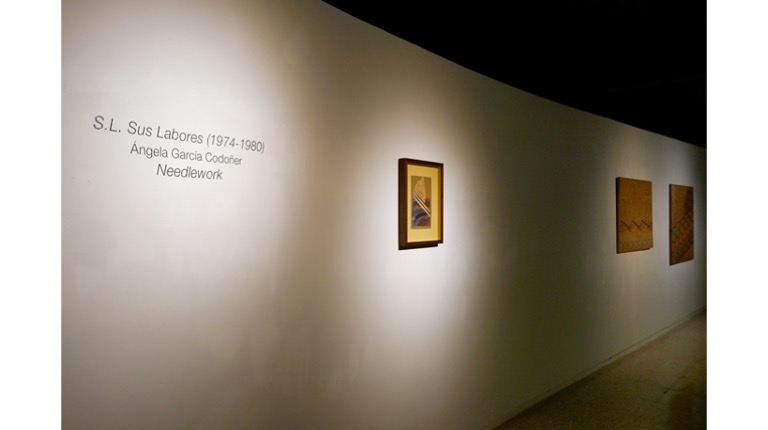 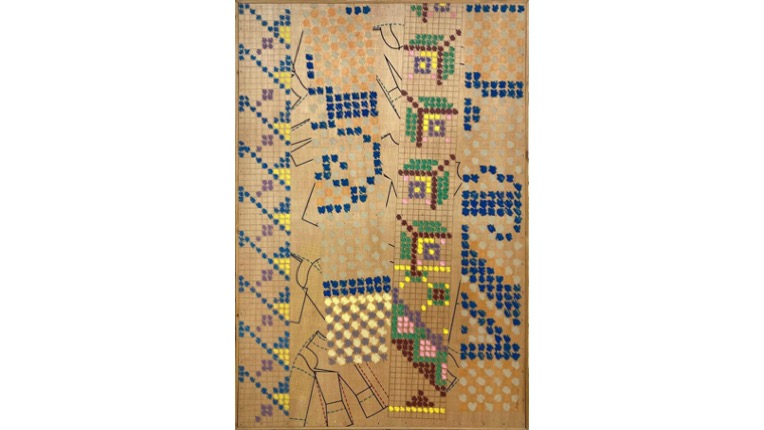 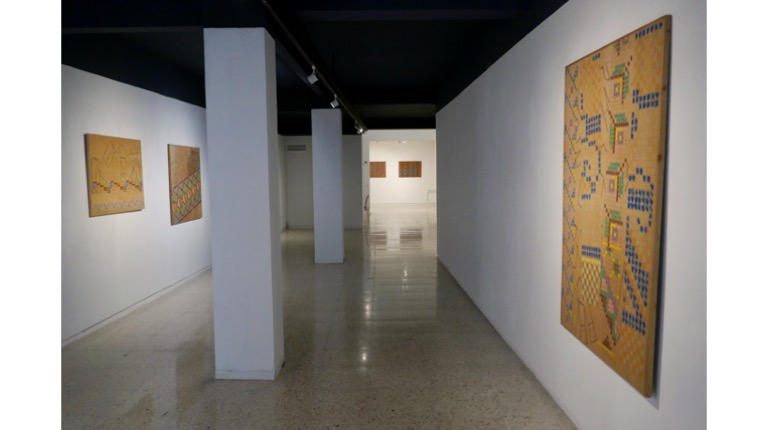 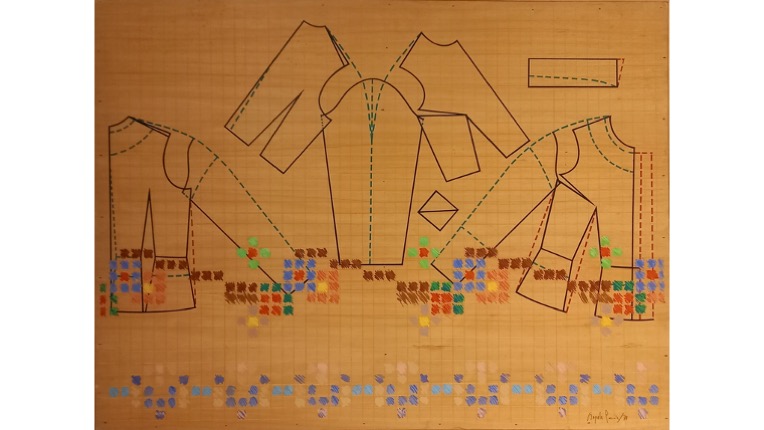 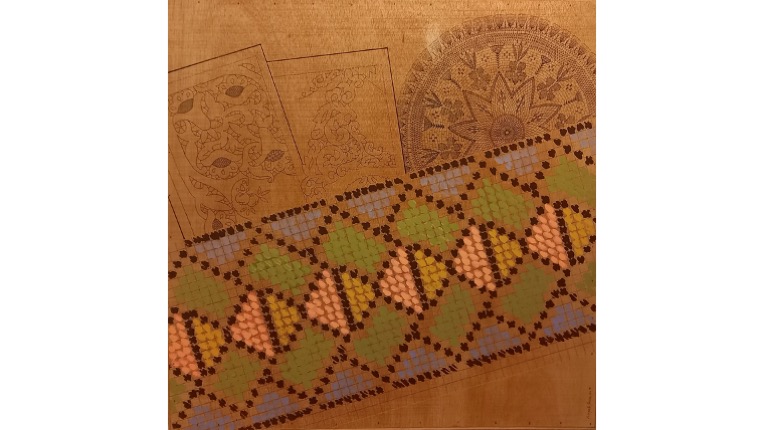 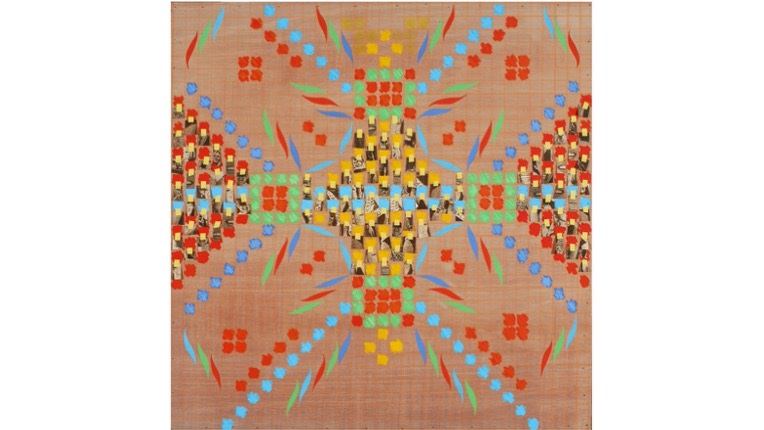 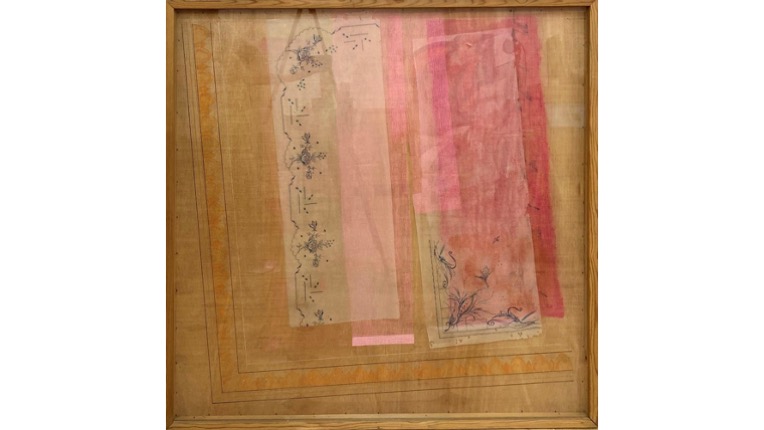 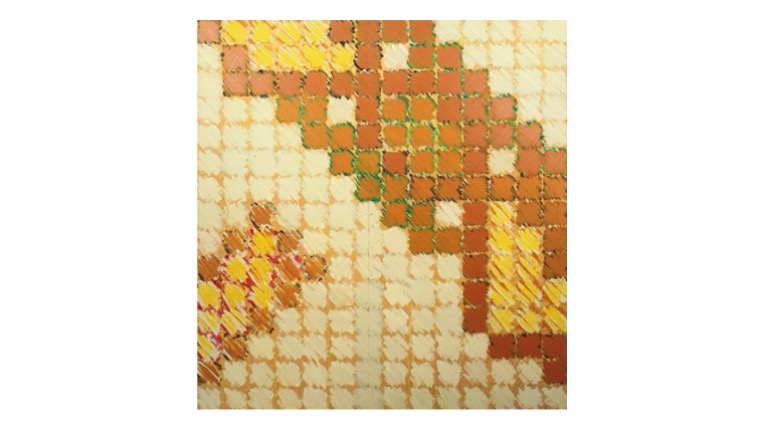 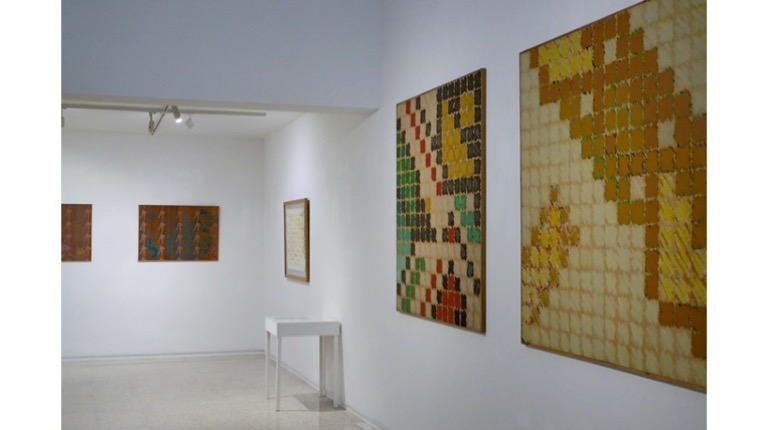 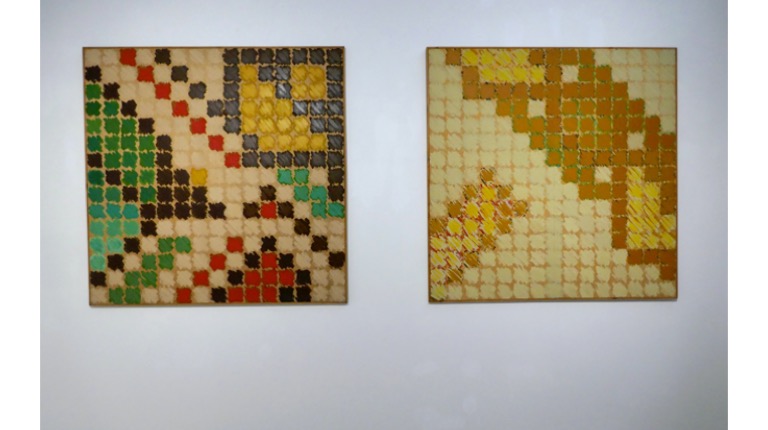 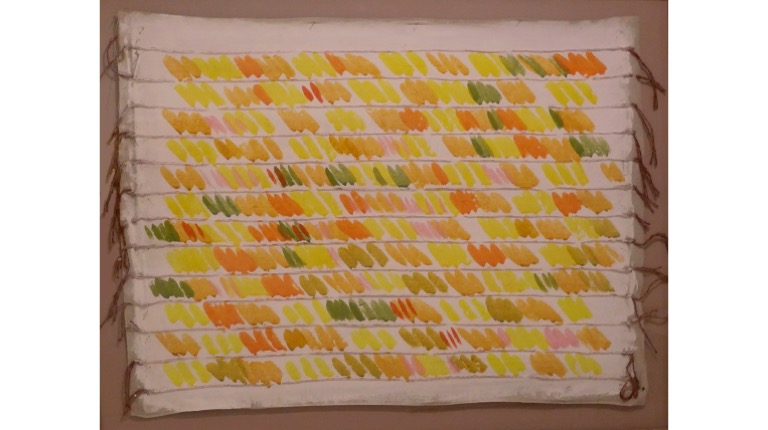 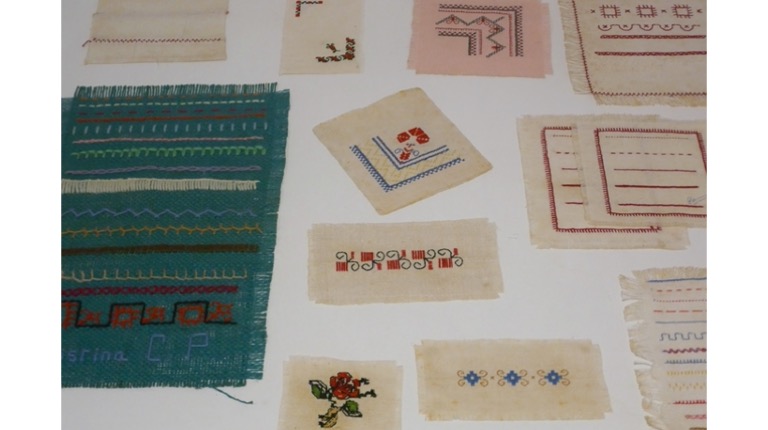 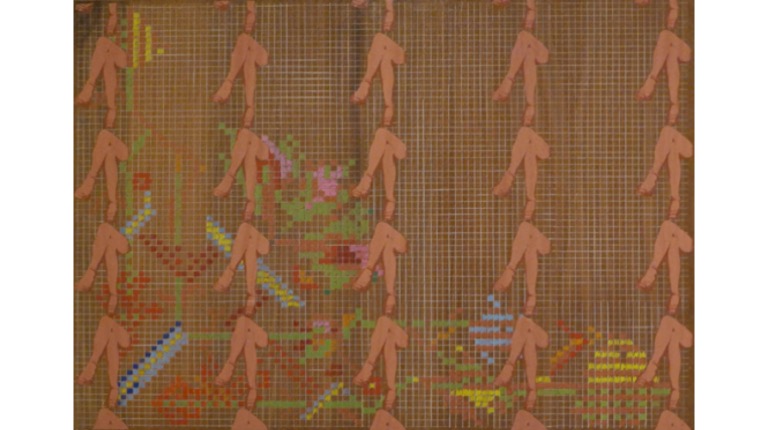 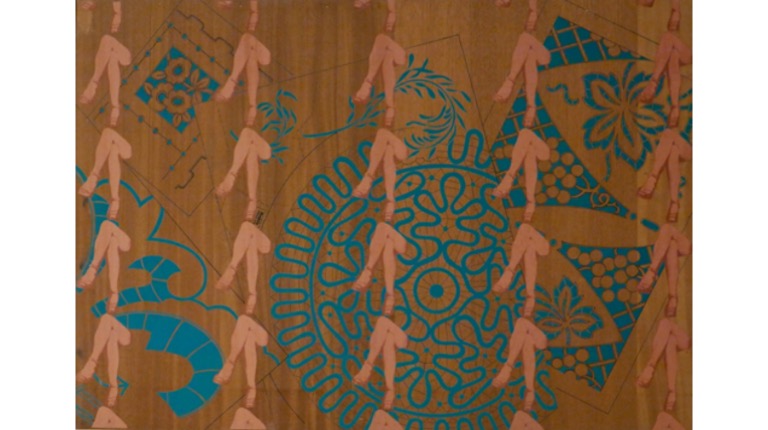 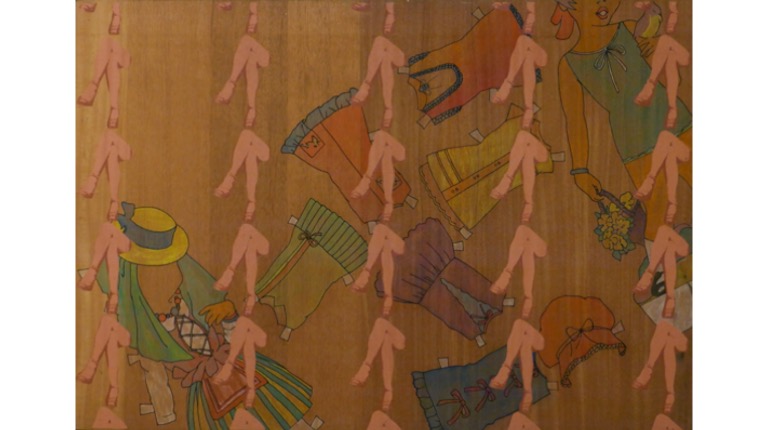 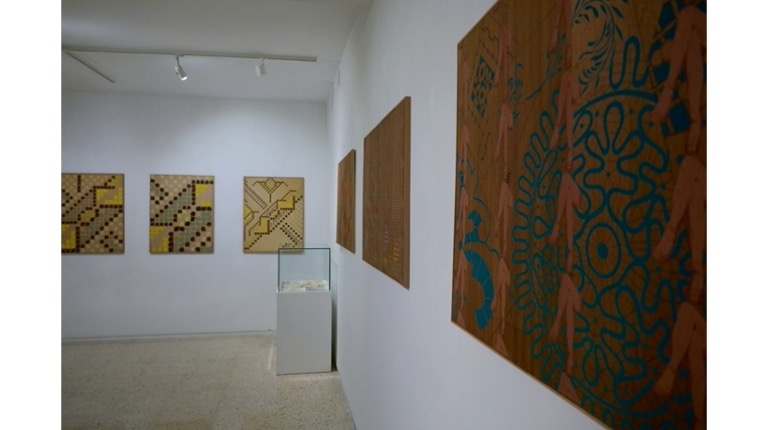 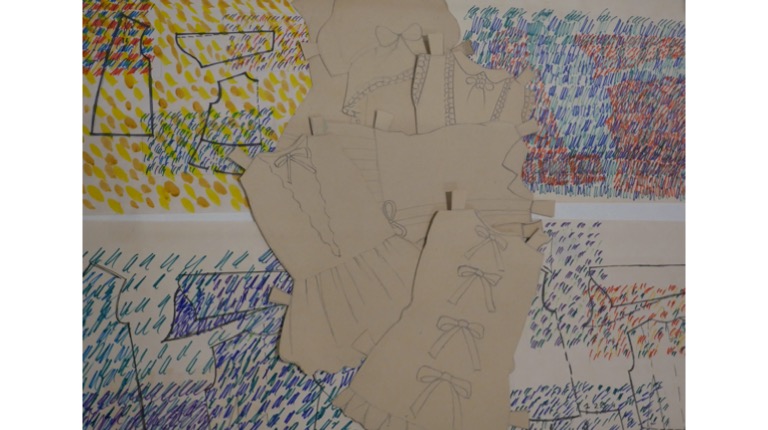 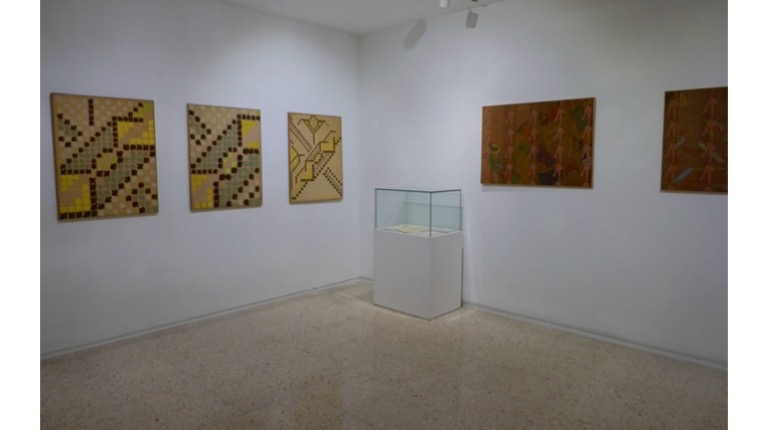 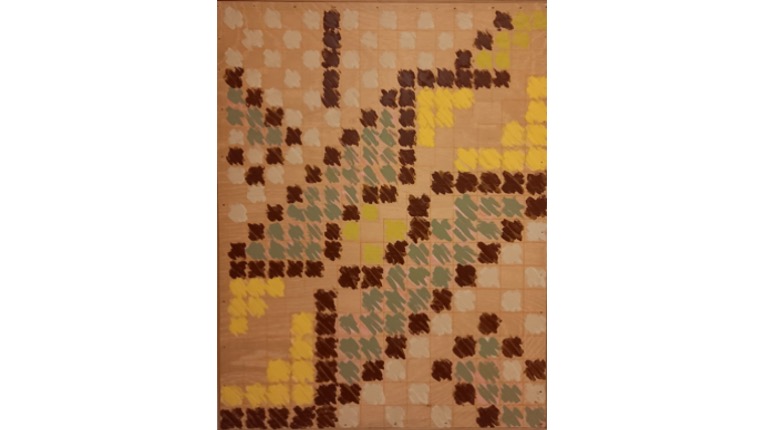 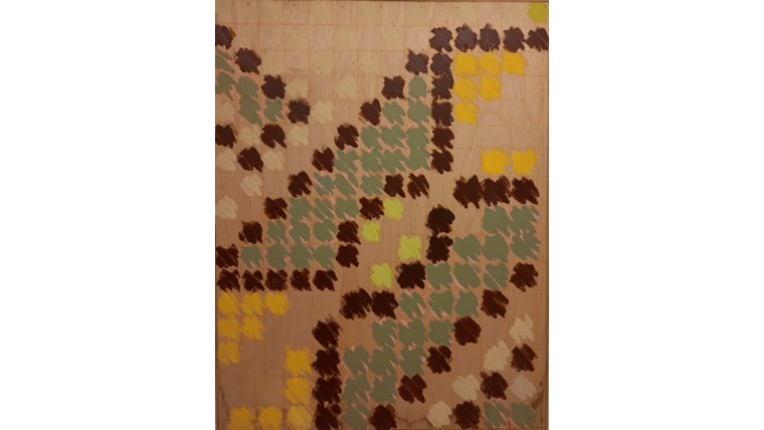 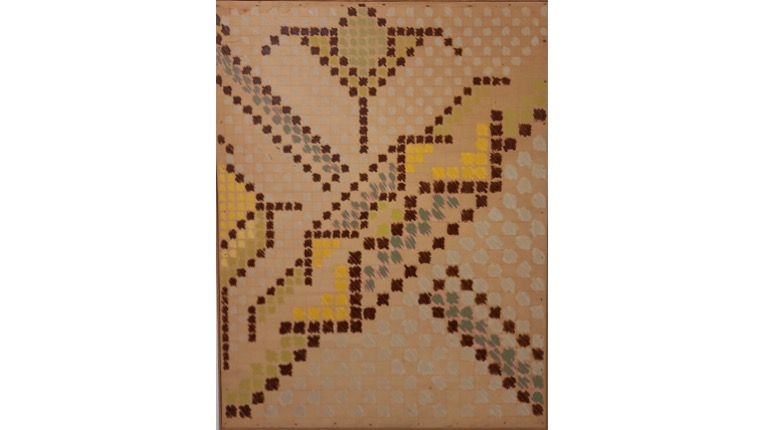 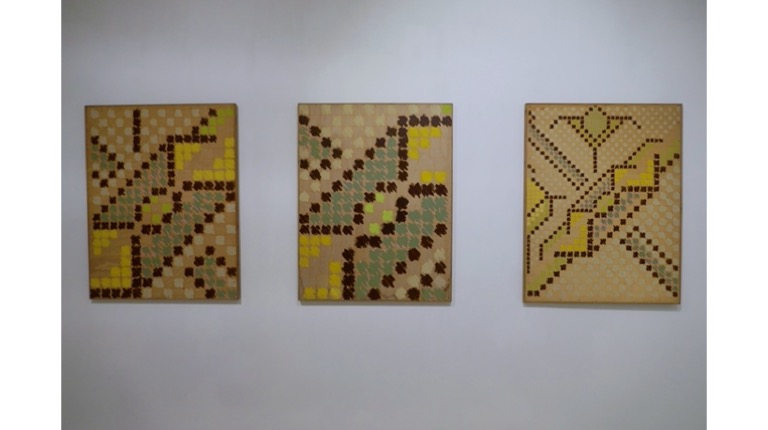 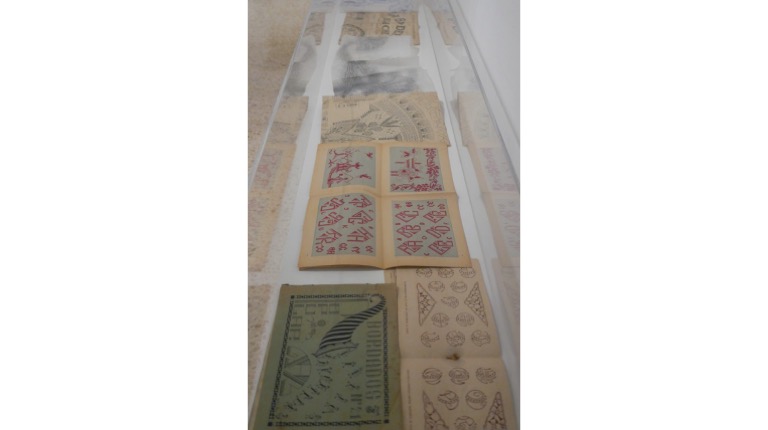 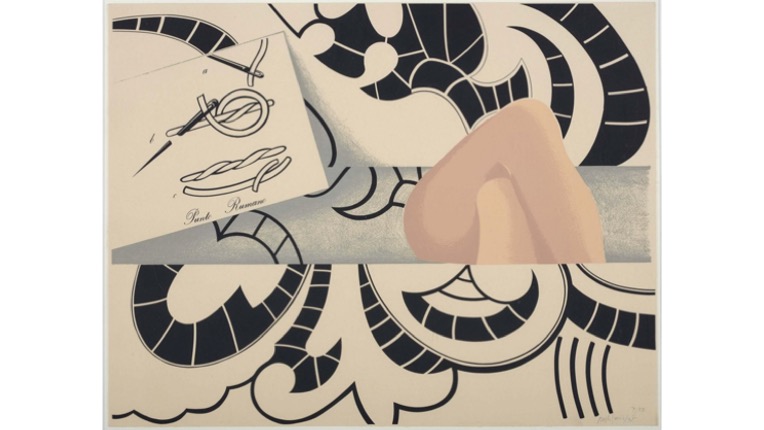 The first solo exhibition by Ángela García Codoñer (Spain, 1944) at Freijo Gallery in Madrid focuses on her Needlework series, created between 1974 and 1980.

The title of this series, which emerged during the last years of Franco's regime, refers to the ambiguous profession of housewives [1]: household tasks such as embroidery, patchwork or dressmaking, traditionally considered women's work and associated throughout Art History with the category of crafts, a genre inferior to painting.

Through this series, García Codoñer appropriates these symbols of female labour (fabrics, matrices, patterns, embroidery, etc.) and transfers them to the medium of painting, enlarging the grids and turning them into a geometric pattern, an abstract construction that could remind us in the digital era of a grid of pixels. In this way, the artist's works cease to be functional and ascend to the category of painting, traditionally assigned to the male gender. According to Isabel Tejada Martín, these works by García Codoñer "are simply forms which, by doing away with their functionality, become a political discourse subverting accepted givens". [2]

In some of the works in this series, the artist makes use of the collage technique, including cut-outs that remind us of paper dolls, or silkscreen prints of legs of anonymous misses in a row. All these elements take us back to a world where women's identity was defined by a heteropatriarchal society through doll cut-outs, beauty contests and tasks assigned to the female gender. In the artist's own words, "the Labores [Needlework] series dived deep into the education I received, the little tea towel, the scallop fabric, and cross-stitching". [3] Throughout her career as an artist, García Codoñer presents a critical view of this education and the heteropatriarchal values in order to subvert them, through Pop fragments of female anatomy, Dadaist photomontages of misses and doll cut-outs, and warps transferred to abstract painting. The artist manages to transform the inert gaze of a paper doll, the semi-naked reified body of a miss, and the gesture of weaving into a feminist biopolitical claim, still relevant today.

[1] The Spanish acronym (S.L. - sus labores), to which the original title refers, was used by women at the time of the dictatorship in Spain, and it appeared on official identification documents under profession.