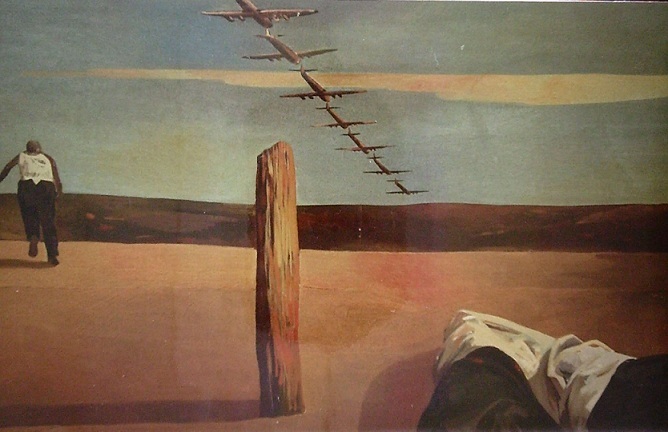 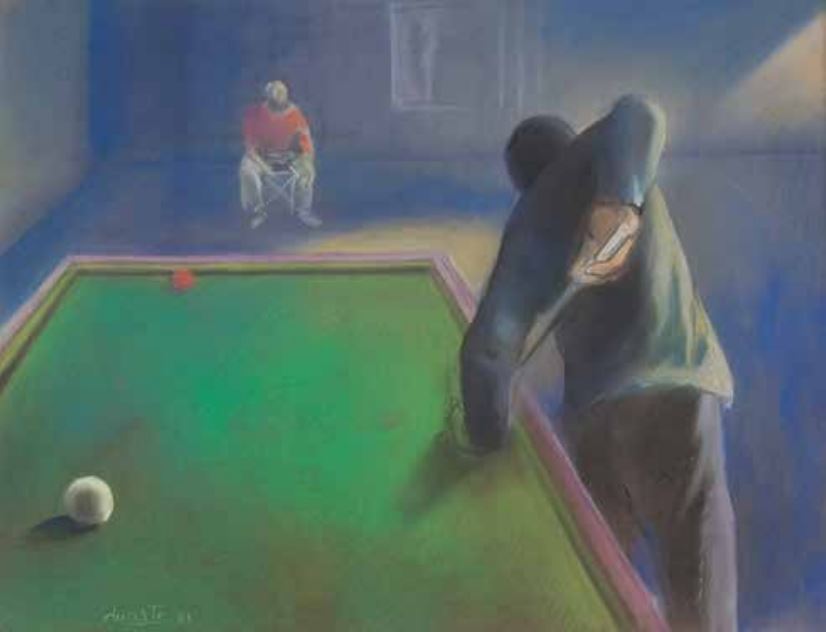 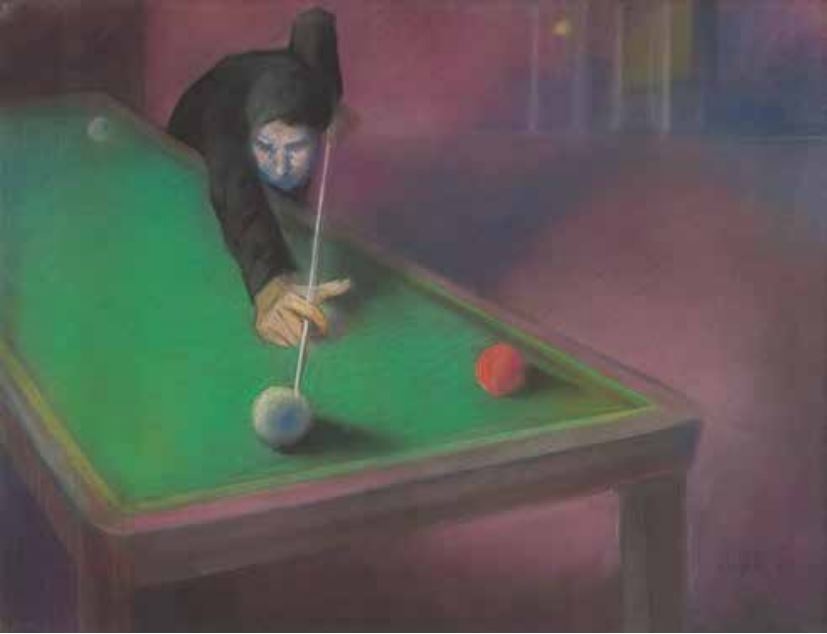 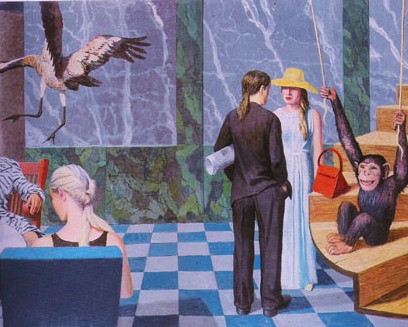 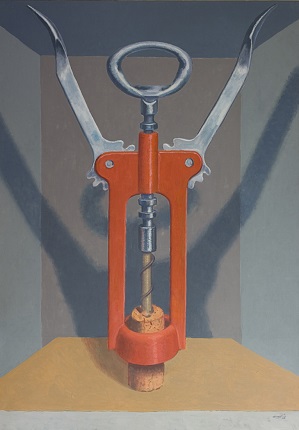 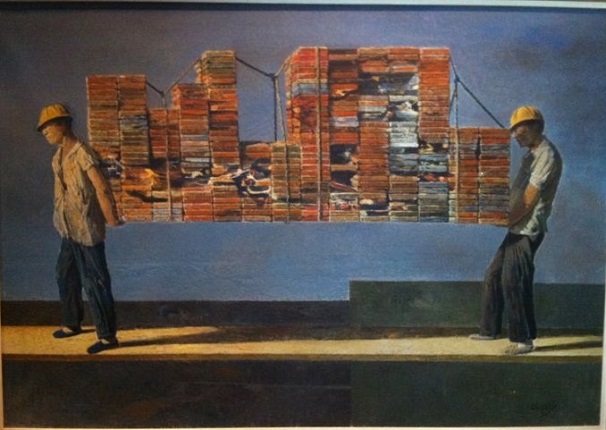 He studied at the Santa Isabel School of Fine Arts of Hungary in Seville since 1944. In 1950 he graduated in Fine Arts and exhibited at the Municipal Art Hall of Córdoba. The following year, he began his career as Professor of Drawing at the School of Arts and Crafts in Córdoba.
In 1954 he founded the ephemeral Grupo espacio with his friend Juan Serrano. His first influences came from Daniel Vázquez Díaz.
In 1956 he traveled to Paris with Juan Serrano, where they met the gallery owner Kanhweiler and visited Picasso in Vallauris. They began their visits to the Rond Point café in Paris, where later, in May 1957, Grupo 57 was formed as an art group. The group was dissolved in 1963, when Agustín Ibarrola was arrested. At that moment, José Duarte rethought his goals as an artist.
By 1965 the painter joined the group of engravers Estampa Popular, and took part in many of their exhibitions. His figurative stage began and he never abandoned it. From an expressionist figuration full of irony (deformed children, nuns, sterile housing blocks, oil barrels), Duarte evolved into increasingly realistic positions. Famous are his women farmers, who reflect the harshness of rural Andalusian life. In 1966 he won the Prize of Honor at the Painting and Sculpture Contest of the Diputación de Córdoba.
Until 1980 he worked on similar topics and, at the same time, made numerous exhibitions in Spain and abroad. Between 1981 and 1989, the world of the painter entered a crisis and there was an eloquent silence until, in 1991, he decided to bring to light the works produced during that time.
The exhibitions held in Madrid, at the Expo in Seville or in the monographic exhibition of Córdoba, show the maturity of his work, for which he was awarded in 1995 with the Plastic Arts Prize of the Community of Madrid. In 1993 he was awarded with the gold medal for Merit in Fine Arts along with all members of Grupo 57.

In 2012 his solo exhibition "José Duarte's Romanticism" took place at Freijo Gallery in Madrid.
In 2013 at Sala Vimcorsa in Córdoba, the exhibition "Living from the entrails" was presented, curated by Angustias Freijo. 65 works and a set of legacies, photographs and letters belonging to the life of this painter were presented.
In 2017 his work was part of the group exhibition entitled "Political Art. From 68 to Ayotzinapa" at Freijo Gallery in Madrid.