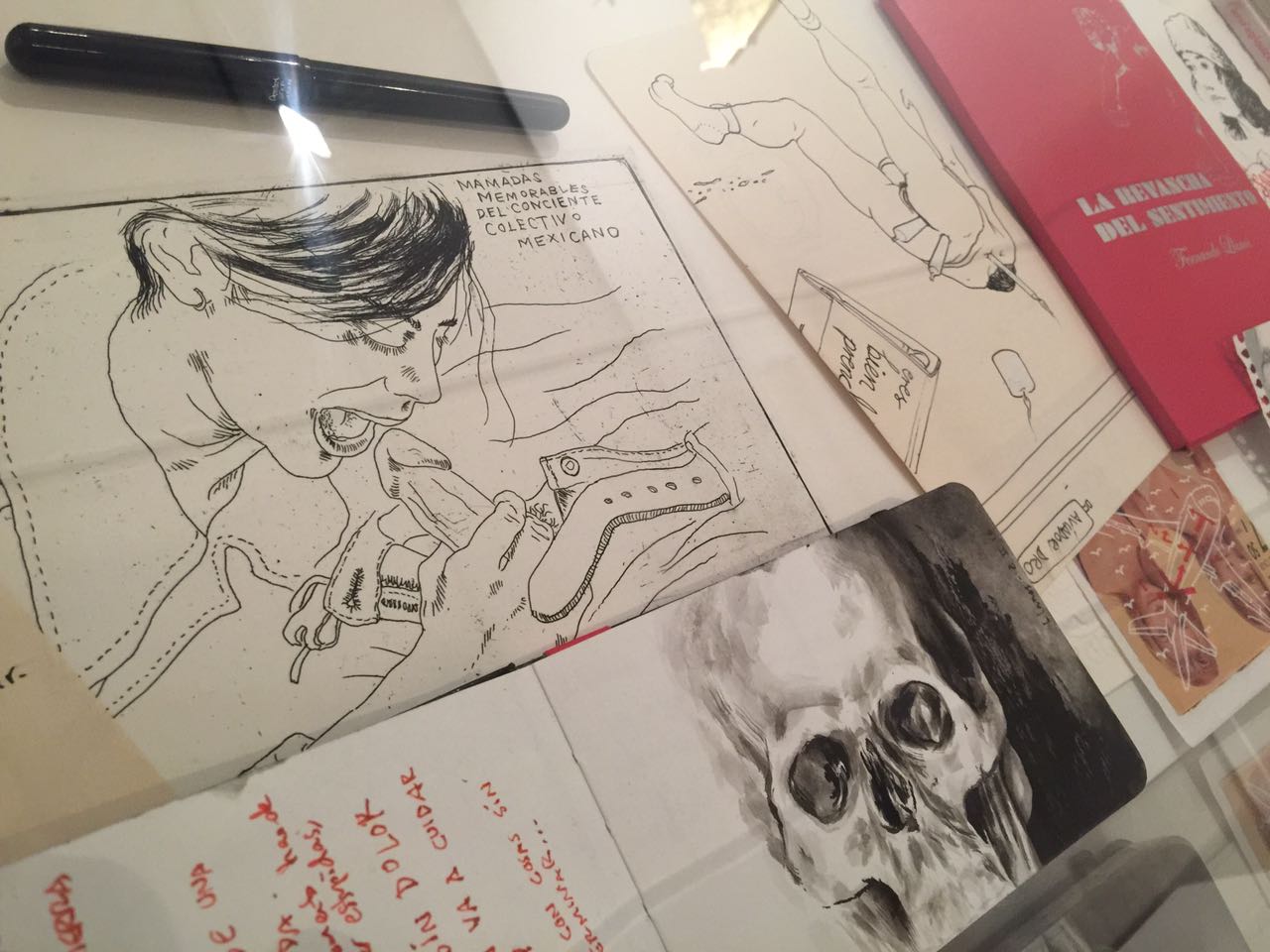 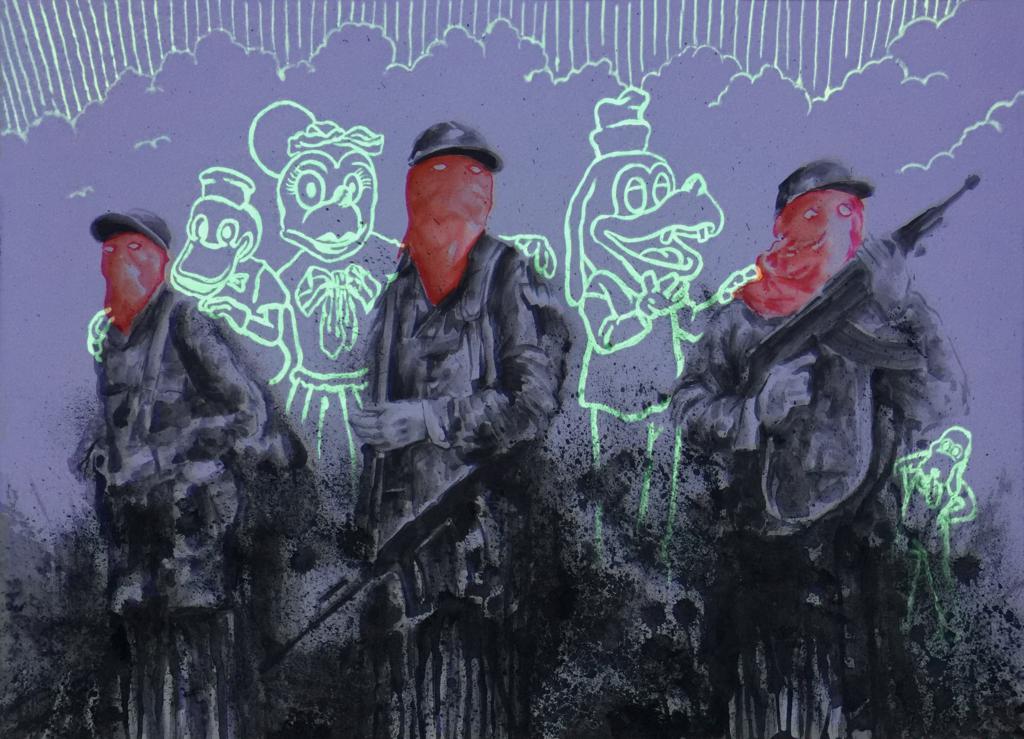 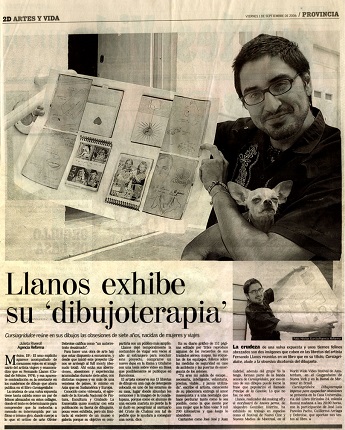 Article on Fernando Llanos in the newspaper Provincia entitled "Llanos exhibits his 'drawing therapy'" in September 2006. 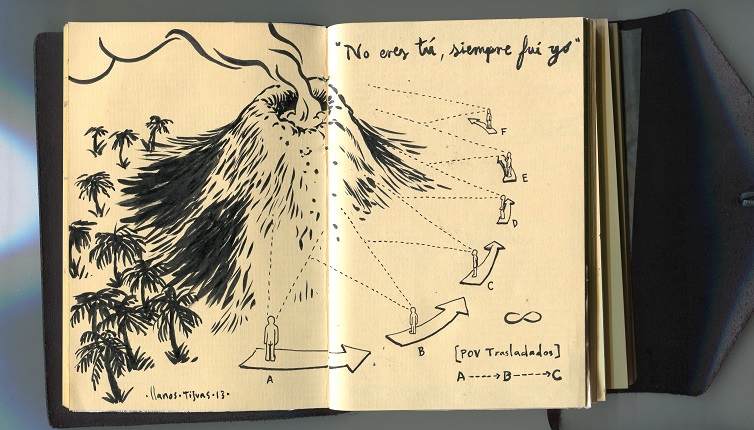 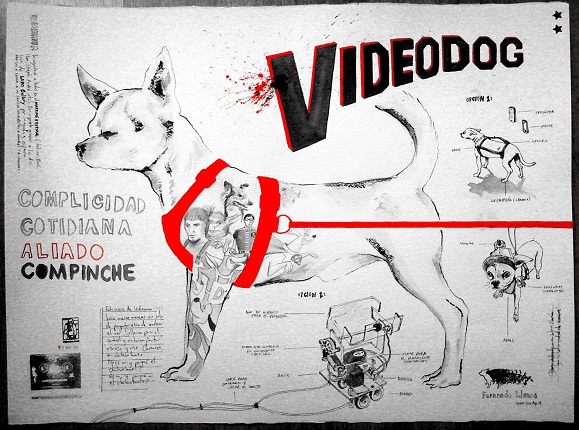 Original drawing, part of the VIDEOMAN project, which began in 2001. 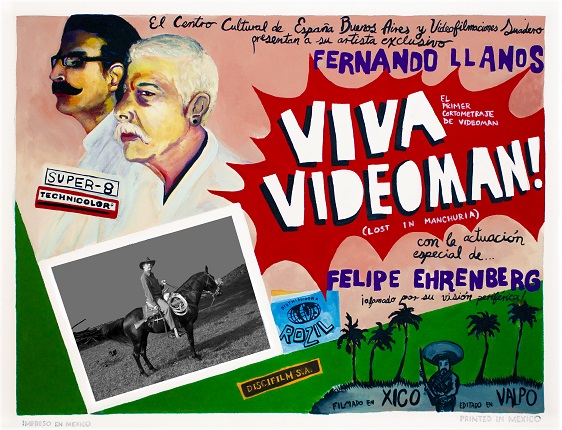 Original drawing, part of the VIDEOMAN project, including his admired professor Felipe Ehrenberg. 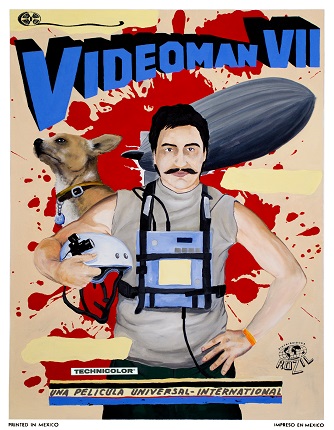 Original drawing, part of the VIDEOMAN project, which began in 2001.

He is one of the nodes of art and video in Mexico. Being at the same time producer and catalyst, Llanos understands his compromise with the video as a community task.
Cuauhtemoc Medina

He was born in 1974 in Mexico City. The experimental artist is considered as one of the most recognized contemporary artists and is a referential in video-art in all Latin America. His work has been exhibited in more than twenty countries, such as in the Guggenheim Museum of NY, Montreal's Festival of Nouveau Cinema, Amsterdam's World Wide Video Festival and Berlin's Transmediale.
He has been awarded with several prizes and scholarships, like Festival Transitio (Mexico City), the scholarship interexchange of artistic residencies Mexico-Canada in BANFF art center, also the Scolarship for Young Creators of the National Fund for Arts & Culture of Mexico.

He studied in the Esmeralda, Mexico City specializing in video. His artistic work includes the creation in video, mail art, action video and drawing. His work in video has been presented in more than fifty cities in more than twenty countries. He has curated over 15 video projects that were presented in the Tamayo Museum, The International Film Festival in Mexico City, La Caixa Forum in Barcelona among others. Over more than a decade he has been a professor in drawing and appreciation of digital art . He has published 18 books and five DVDs. He was the curator and in charge of the design of the retrospective exhibition of Felipe Ehrenberg called "Manchuria a peripherical vision".

The year 2014 defined a major turning point for the career of the artist, as he presented his first featured film, a documentary called Matria, that won in the most important film festival in Mexico FICM. Since then he won several prizes and has been nominated and selected in festivals such as Margaret Mead Film Festival, in the American Museum of Natural History, New York, EEUU;  Hola Mexico Film Festival; Festival Internacional de Cine de Monterrey, Mexico, and Festival 22 x Don Luis in Calanda, España (town where famous film-maker Luis Buñuel was born). He won the nominee of best featured film in the Festival Internacional de Cine of Morelia, Mexico, to the best feature film; in the Festival del Nuevo Cine Mexicano of Durango, The Centro Pablo de la Corriente Brau, gave him a honorific prize in the International Film Festival of La Havana, Cuba. Matria was projected on December 14, 2016 at the Matadero art center in Madrid.

Solo exhibitions at Freijo Gallery:
· 2017   Llanos...The villain of the video.