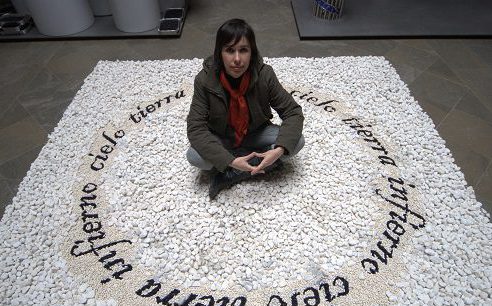 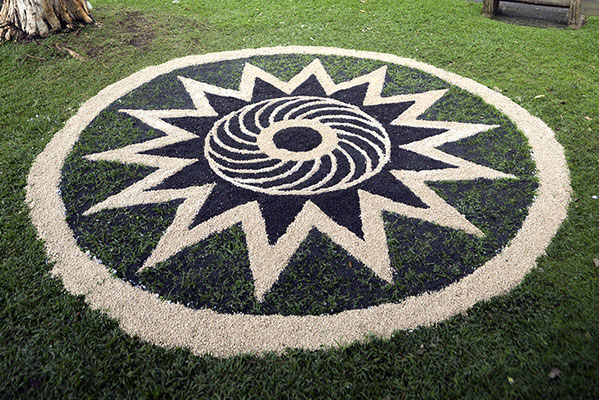 Estrella solar, 2016 . Installation made of beans and stones. 4m diameter.

"I work as a way of understanding.
I like to think of my work as an exploration of many other fields along with the technical: the visual, the poetic, the political. Therefore I relate more to concepts than to a specific field of art like installation, video, performance or painting.

One of the most important aspects of my work is the possibility to question. For me art is a medium through which I present issues and establish a dialogue with the public. These exchanges aim to re- call experiences including the sensorial and emotional ones."
Lucía Madriz

Born in Costa Rica, 1973. Lives and works in Ettlingen, Germany.

Her oeuvre includes painting, drawing, installation and video. She has been awarded the Scholarship for Foreign Artists by the German Academic Exchange Service (DAAD) at the Hochschule für Gestaltung, Karlsruhe, Germany (2003-4). She also received an Honorable Mention from the 1st Central American Competition of Emerging Artists at the Museum of Contemporary Art and Design MADC, San José, Costa Rica (2003); and an Honorable Mention and 1st Prize at the 1st and 2nd Central American Video Creation Competition Restless Image, MADC (2002, 2003).