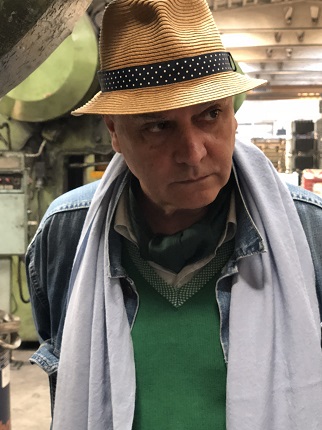 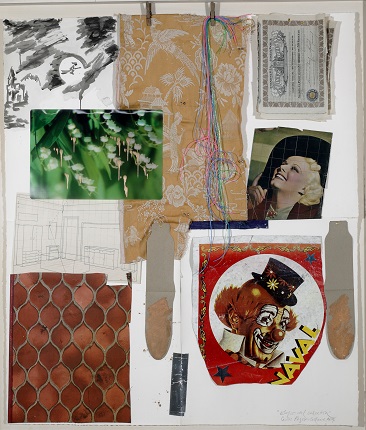 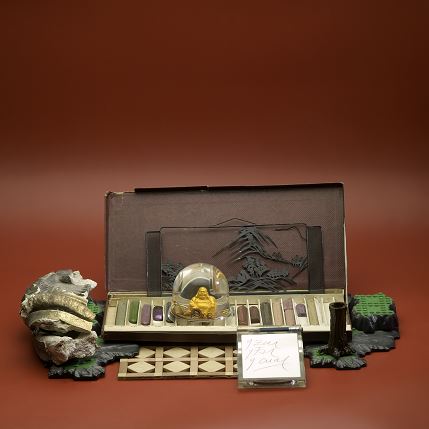 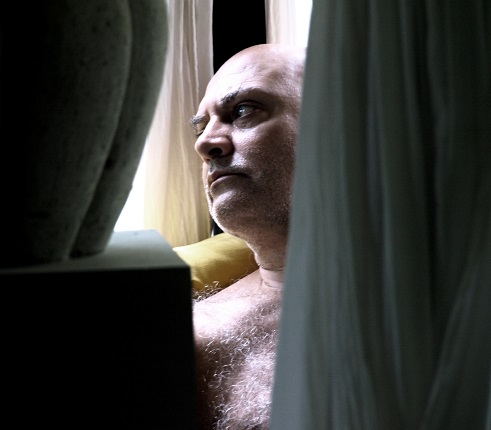 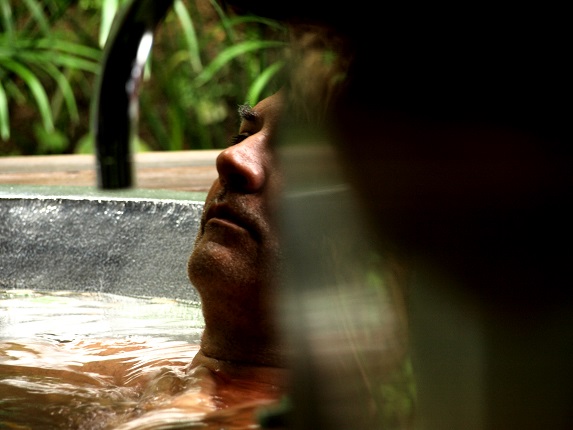 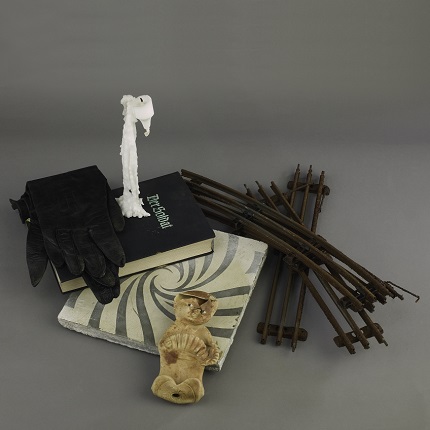 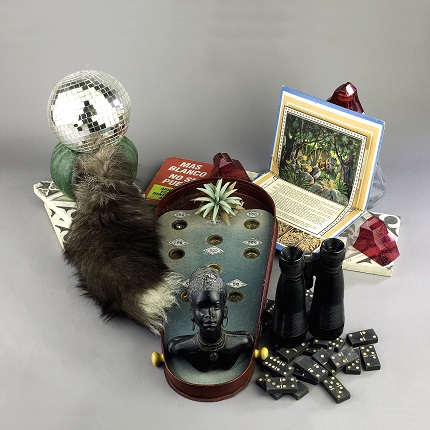 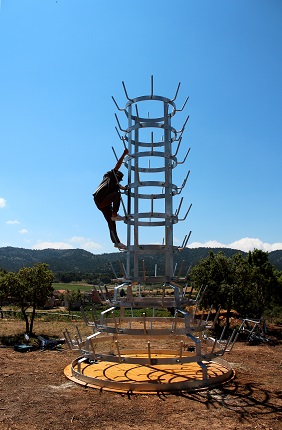 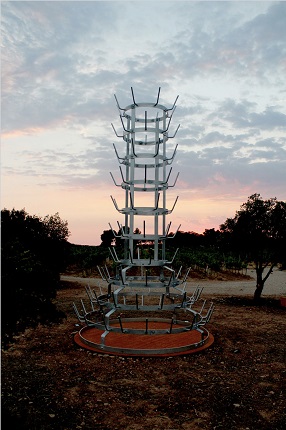 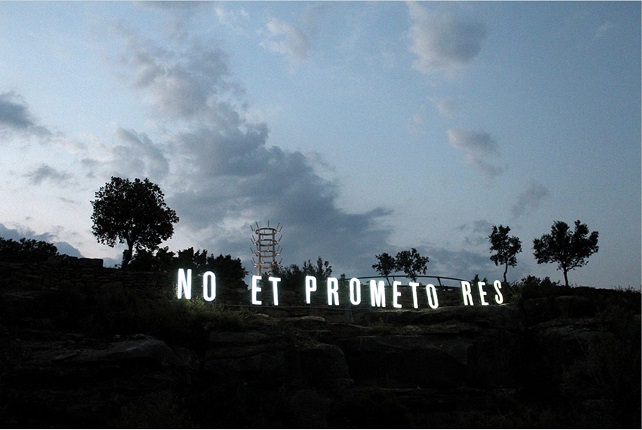 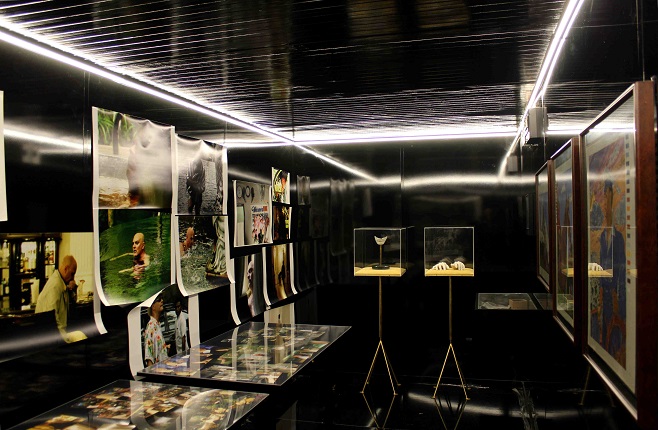 "Portable headquarters." Image of the wagon of one of the PazosCuchillo Foundation headquarters. The Portable Headquarters is dedicated to gather and exhibit, as a permanent collection, the work of Carlos Pazos. It has thirteen cubicles, called "wagons", because they are mobile and can be moved and travel around the world like the caravans of a circus. 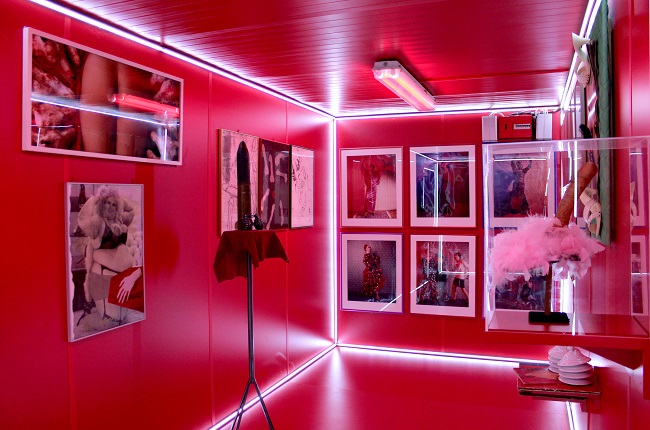 Image of the wagon of one of the PazosCuchillo Foundation headquarters. 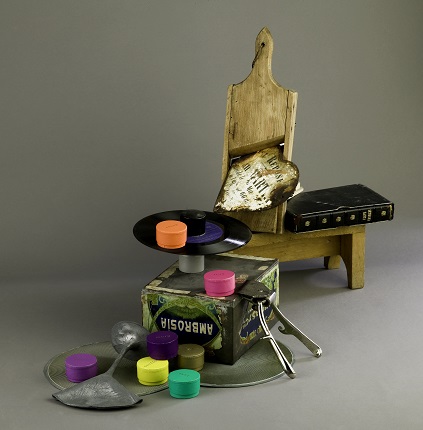 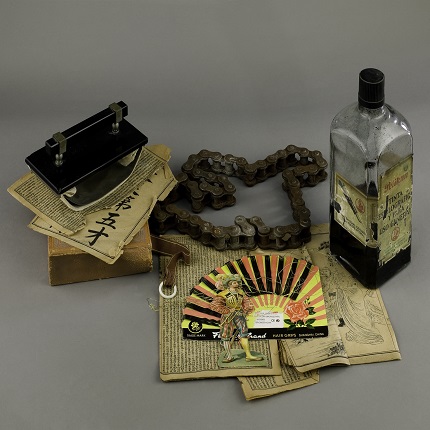 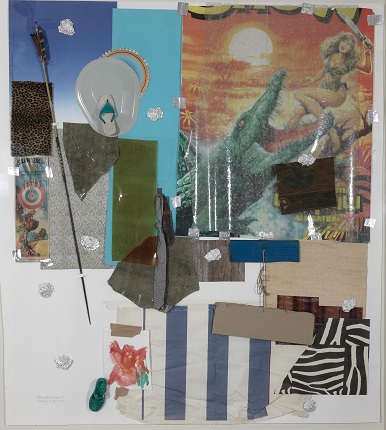 He is an artist who follows no discipline. This allows him to resort to the most appropriate technique for what he wants to tell at any given time (collage, installation, film, photography, etc.).

His first solo exhibition took place in 1970 at the Ateneu Barcelonés and his first retrospective, entitled "Tell Me Nothing", in 2007 at MACBA (Museu d'Art Contemporani de Barcelona) and at MNCARS (Museo Nacional Centro de Arte Reina Sofía, Madrid).

He received the Community of Madrid Prize in 2003, the National Prize for Plastic and Visual Arts in 2004, the Premi Nacional d'Arts Visuals from Catalonia in 2008 and the GAC Prize in 2017.

Coinciding with his exhibition "De Paso", in the CDAV of Havana, he shot the film "I invented the Llopis" (45'), presented at Casa Encendida, Madrid 2012.

Insisting on his passion for cinema, art and literature, he made the feature film "Artissimo, a film of quotes, a collage to be read" (2h15'), which was presented, among other venues, at the Reina Sofía Museum, Madird in 2015 and at the Musée du Jeu de Paume, Paris in 2018.

In June 2018 he presented the permanent intervention "No et prometo res" (I promise nothing) at the Vinya dels Artistes, Lleida, Spain.

Among other individual exhibitions in Madrid and Barcelona, to be held between 2020 and 2022, he is preparing an exhibition at the Museu Nacional d'Art de Catalunya (MNAC) and another at the Museo Nacional Centro de Arte Reina Sofía (MNCARS).