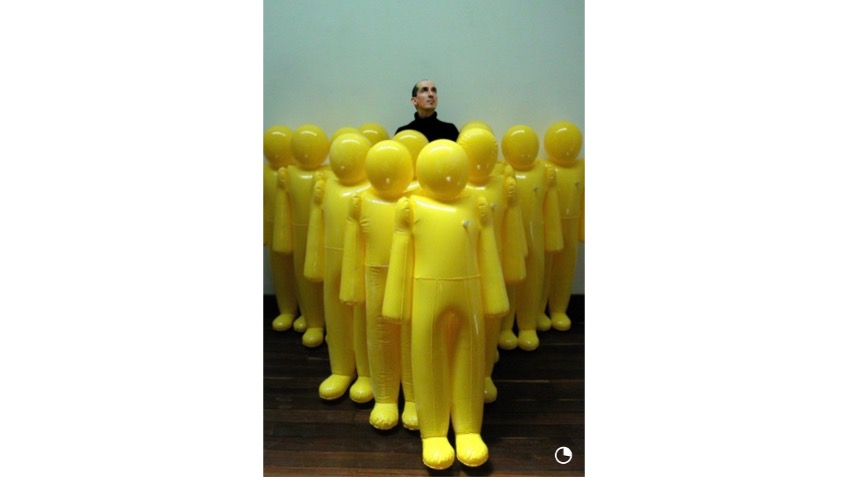 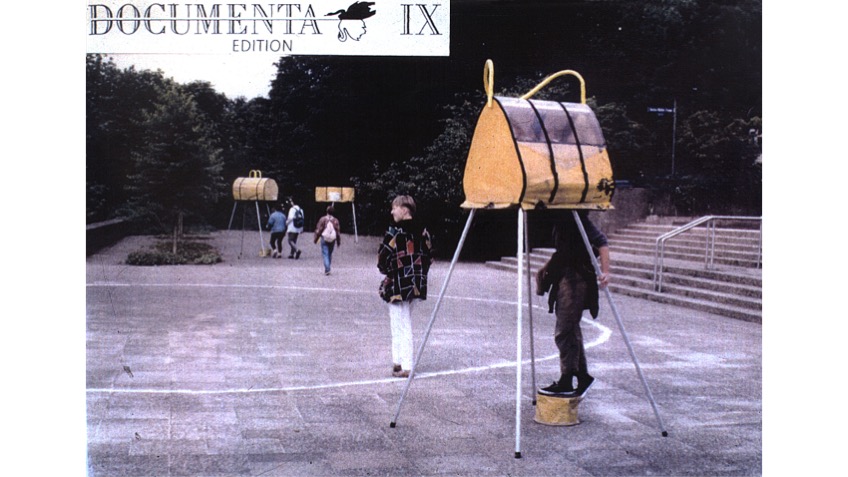 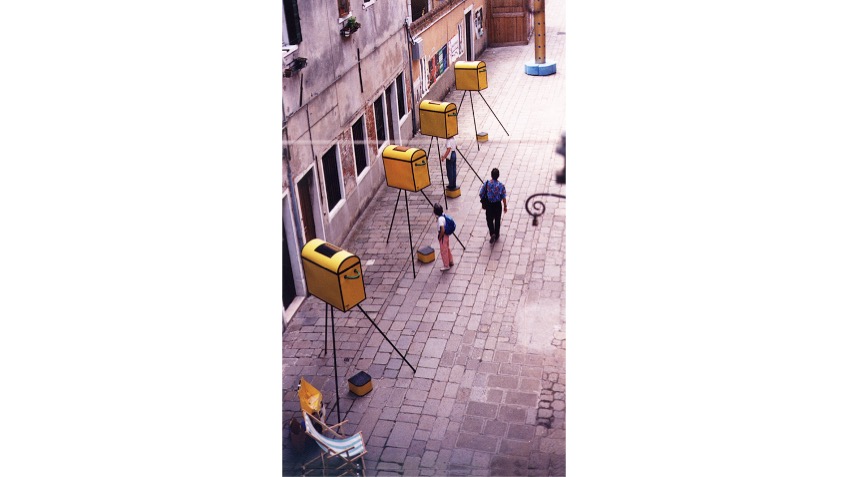 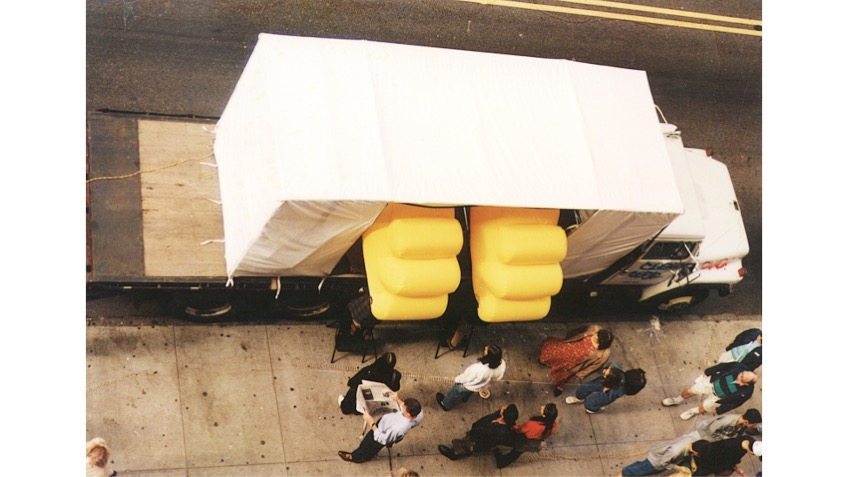 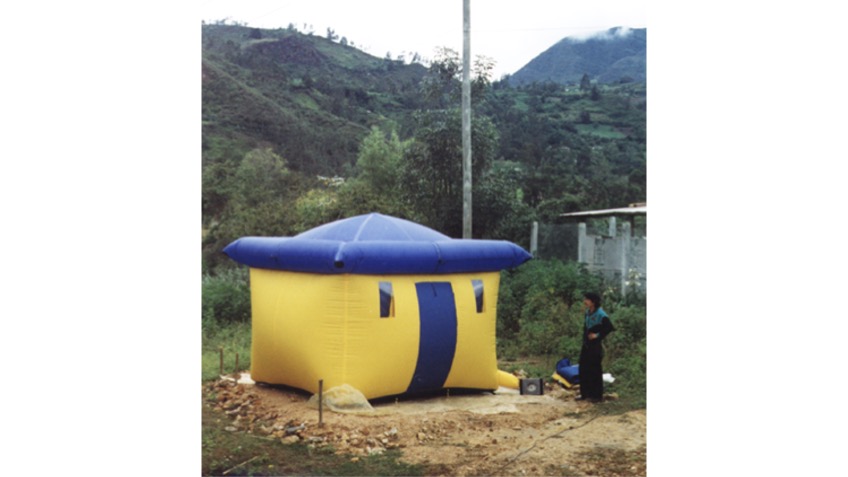 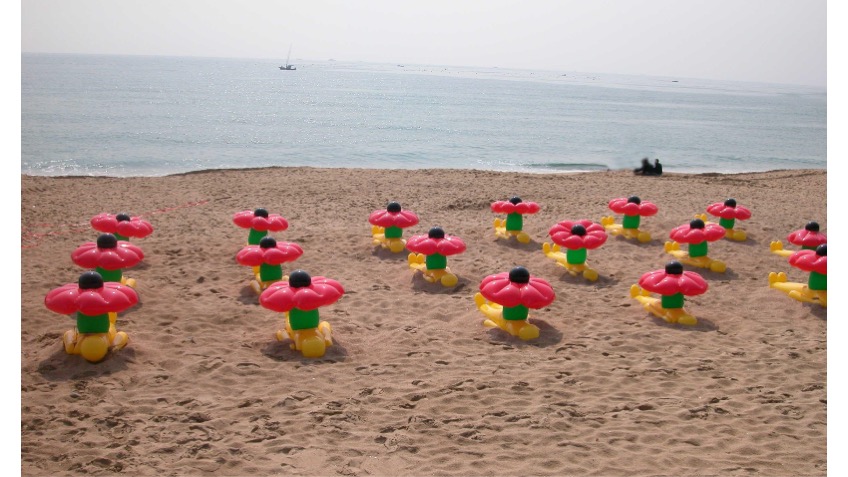 Born in Colombia in 1961, son of Spanish father. Lives and works between Bogotá, Madrid and Los Angeles.

He was a Botín Foundation Fellow and selected for Circuitos 1989.

Trained as an architect at the Universidad Javeriana in Bogotá, he studied a master's degree in Architecture at the Universidad Complutense in Madrid. He took part in the Contemporary Art workshops at Círculo de Bellas Artes (taught by Julián Schnabel, Eva Lootz, Barry Flanagan, Bruce Mac Lean, Santiago Cárdenas, José Guerrero).

During the last 28 years he has exhibited in different biennales such as: Documenta IX (parallel exhibition), Kassel, Germany; The Venice Biennial 1993 (parallel exhibition), Italy; The VII Havana Biennial, Cuba; The Busan Biennial 2002, Korea; Los Angeles Biennial 1993, USA; The Prague Biennial 2004, Czech Republic. His vision as an artist has been translated as curator of 150 exhibitions in the art space of the Centro Colombo Americano in Bogota.

Daughters of the air

If for Charles Baudelaire the work of art was modern because it responded to fashion, morality and passion, Carlos Blanco's works can be said to be postmodern because they are furniture, portable and above all aerial.

Nothing in them seems designed to serve eternity or to celebrate weight and permanence. Is not the aim of his inflatable works, which, although they are as bulky as the houses he designed to house the displaced, are nevertheless light enough to be carried in a backpack.

The same is true of his sculptures, which sometimes have wheels and can be inflated and deflated at will, defying the inveterate heaviness of sculpture, whether it be Willendorf's tiny Venus or Richard Serra's rotund Corten steel sculptures whose weight is measured in tons.  When they are not inflatable, the volumes of his sculptures are the conjunction of many layers, the result of an ingenious exercise in composition that allows air to circulate freely through their intricacies.

There are only a few of his pieces that could be qualified as sculptures by those who today represent the millenary tradition of this art. They are tiny, even smaller than the Venus of Willendorf, and yet it can be said with all propriety that they are daughters of the air. Because they are chalks that Carlos Blanco stuck on the exterior of passenger airplanes so that the friction of the air during their flight would carve them in an unpredictable way.

It could be said that artists today tend to think of their art in terms of what museums do and exhibit. And it could be said that Blanco does too. That is, with the difference that he built very early in his career a museum made in the image and resemblance of his desires and artistic pretensions. A museum that, as it could not be otherwise in his case, is a portable museum, a museum that fits and can be carried in a suitcase.